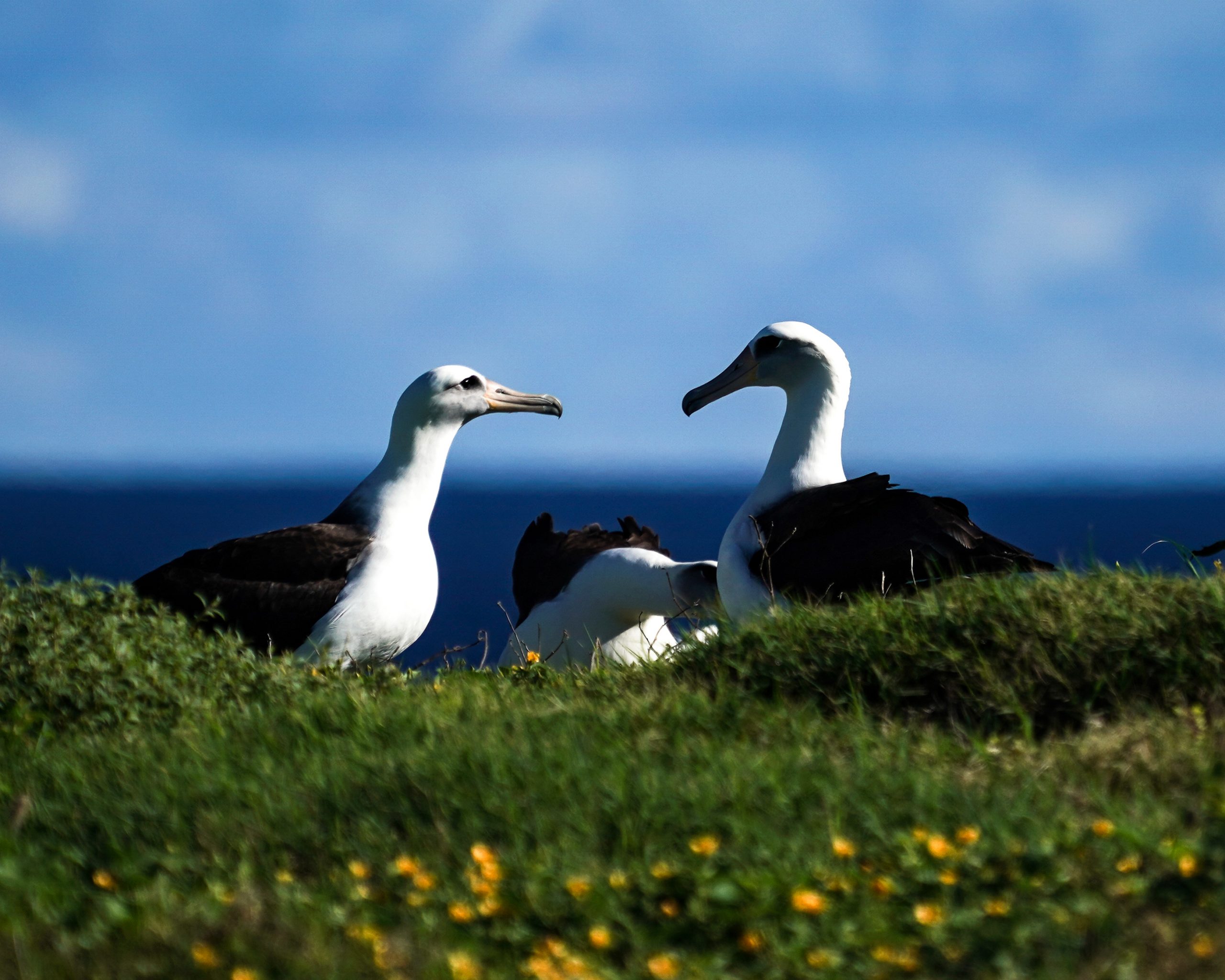 In a refreshingly heartwarming story earlier this month, the world’s oldest known wild bird has hatched yet another chick. Wisdom the Laysan Albatross is believed to be at least seventy years old, and is nesting in the Midway Atoll national wildlife refuge, a small island in the North Pacific. Wisdom is believed to have hatched the chick sometime in February, but the healthy young bird was only discovered and reported by researchers in early March.

“Each year that Wisdom returns, we learn more about how long seabirds can live and raise chicks,” said Beth Flint, U.S. Fish and Wildlife Service’s supervisory wildlife biologist at the Pacific Remote Islands National Wildlife Refuge Complex, in an interview with NPR. “Her return not only inspires bird lovers everywhere, but helps us better understand how we can protect these graceful seabirds and the habitat they need to survive into the future.”

Wisdom was found and banded by biologists in 1956- although Laysan Albatross form deep bonds with one another and mate for life, Wisdom is believed to have outlived multiple mates. Her current mate, Akeakamai, has been co-parenting chicks with Wisdom since at least 2012. Akeakamai and Wisdom take turns nurturing their young while the other returns to sea to fish.

Wisdom is estimated to have flown nearly three million miles since she was banded, avoiding plastic pollution, fishing vessels, and other deadly hazards. Albatrosses are highly intelligent and socially complex birds, and Wisdom is no exception. According to the Audubon Society, of the 22 species of Albatross recognized by the International Union for Conservation of Nature, 15 are threatened with extinction, and eight species are either endangered or critically endangered. Overfishing, oceanic pollution, and invasive species introduction are all threats to the continuation of this majestic and widely beloved species.

Longline and trawl fisheries are estimated to kill 300,000 birds every year in accidental bycatch, many of which are albatrosses and petrels. Despite Wisdom facing an immeasurable amount of danger over her lifetime, she has continued to amaze the public each time she returns to nest yet again.

“Wisdom is an iconic symbol of inspiration and hope,” noted Robert Peyton, Midway Refuge Manager, in a 2016 press release when Wisdom hatched a previous chick. “From a scientific perspective, albatrosses are a critical indicator species for the world’s oceans that sustain millions of human beings as well. In the case of Wisdom, she is breaking longevity records of previously banded birds by at least a decade. With over a million albatross on Midway Atoll NWR alone, this shows just how much is left to learn about the natural world around us.”

For more Animal, Earth, Life, Vegan Food, Health, and Recipe content published daily, subscribe to the One Green Planet Newsletter! Lastly, being publicly-funded gives us a greater chance to continue providing you with high-quality content. Please consider supporting us by donating.