Why Putting Live Reindeer and Other Animals on Display Is Inhumane 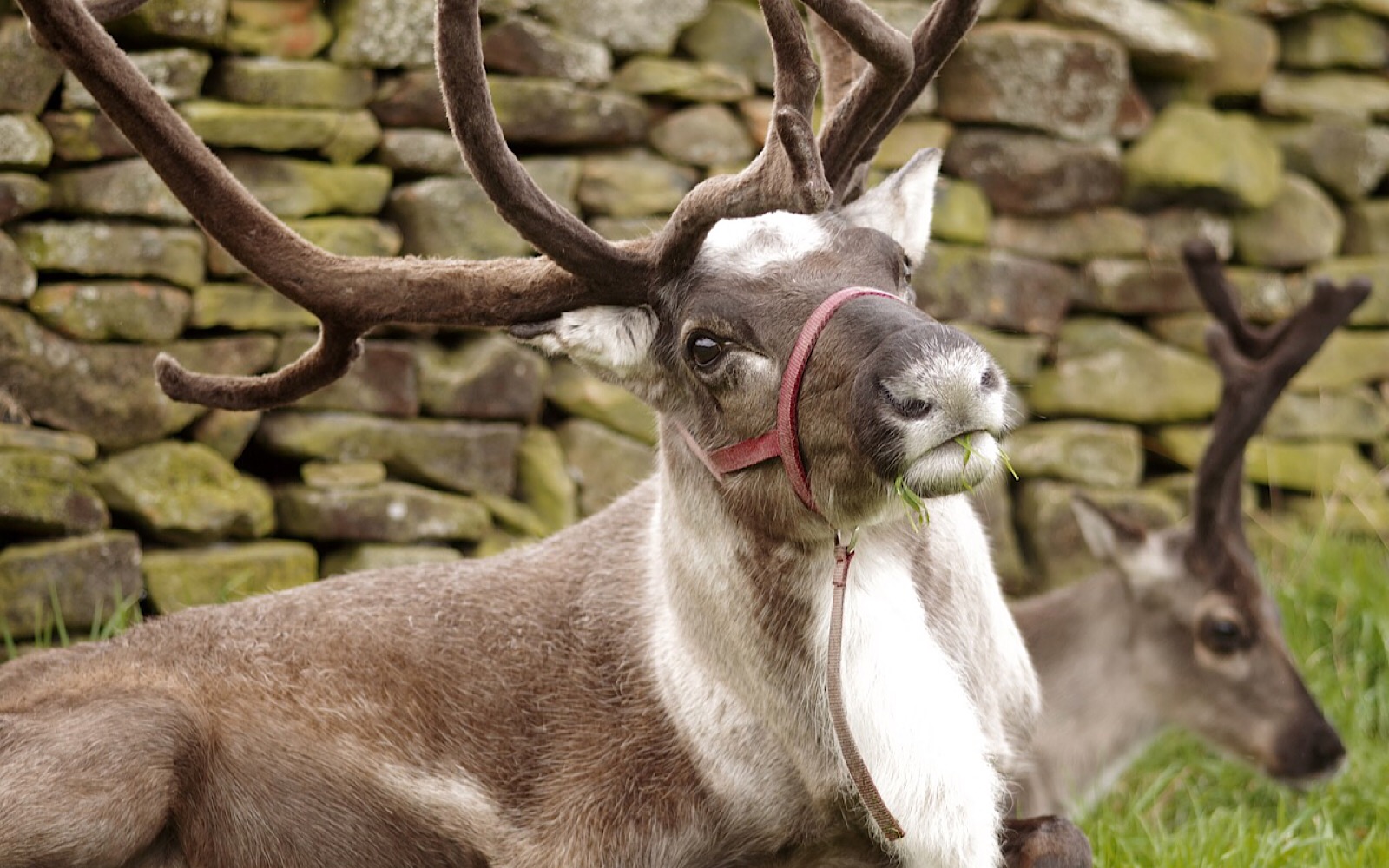 There’s something magical about the holidays. The whimsical displays that make you feel as if you’ve stepped into a storybook are enjoyed by people of all ages. And the bright, colorful displays, lively music, and smiling Santa waiting to greet giddy children bring feelings of joy as we reminisce about our childhood. But along with these festive Christmas displays often comes the controversial use of live animals, especially reindeer for the displays at shopping malls and holiday-themed community events.

These displays, which seem to be increasing in popularity throughout America, involve reindeer being attached to a sleigh for photos ops, incorporated into Santa photos, or being kept in pop-up petting zoos in parking lots. They’re kept in shopping malls filled with bright lights and loud noises, and forced to endure icy pavement, loud vehicles, and exhaust fumes in parking lots.

If you take a moment to look past the smiling children and think about the animals, you start to realize that there is nothing joyous about these scenes. Parents might think of live animal displays as opportunities for children to enjoy meeting one of Santa’s magical reindeer in real life, but it’s anything but enjoyable for the animals involved.

Live Animal Displays Are Anything But Entertaining 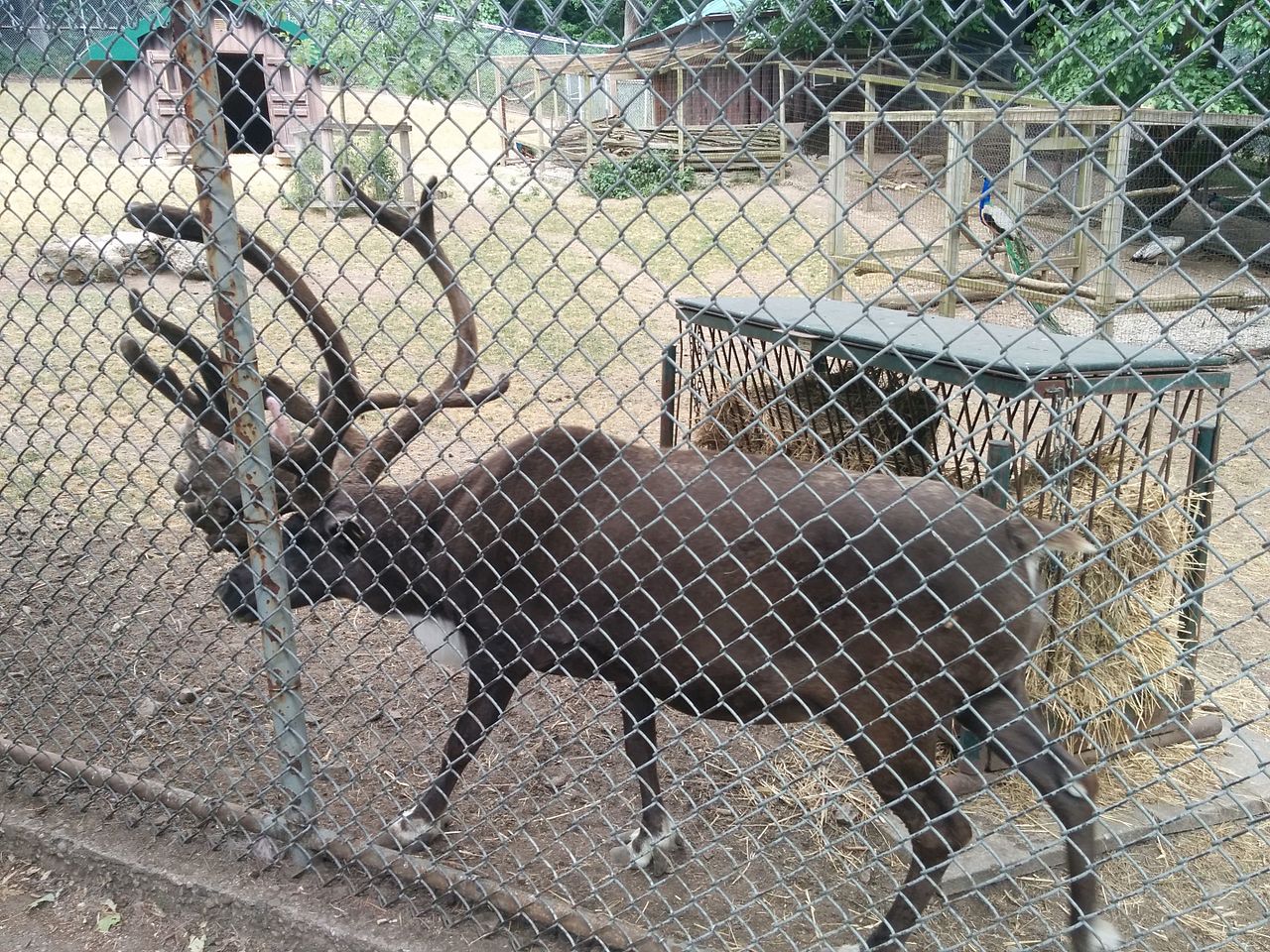 When animals are placed on display in malls and other busy places, they’re subjected to an environment that’s the complete opposite of a quiet, peaceful habitat. Fluctuating temperatures and prolonged standing can cause an animal to become fatigued or dehydrated. That, along with loud noises from music or excited children, plus hours of forced human interaction, can result in an animal becoming stressed and agitated.

Additional stress and fatigue can also be caused by transporting animals several times a week, and the exposure to unnatural environments can place them at risk of becoming sick or injured. Human safety is also of concern. There are cases of children contracting diseases from petting zoos, and there’s the risk of people becoming injured if an over-stressed animal tries to escape.

Reindeer aren’t the only animals used for holiday entertainment. Live sheep, donkeys, cows, and camels are sometimes used for reenactments of the Nativity scene, and both reindeer and horses are subjected to being overworked by pulling sleighs and carriages through parks and urban streets. The controversy of horse-drawn carriages has been the subject of protests for decades, and recent successes have helped take them off the streets of cities like Barcelona, sparing the majestic animals from a life of suffering and abuse.

Animals Deserve to Live in the Wild

In their natural habitat, reindeer live in herds and some can travel up to 34 miles per day during migration, a life much different than those living on reindeer farms where they have a fraction of that space. Their bodies are made to endure cold temperatures, and wild populations can be found in North America, Siberia, and Northern Europe. These incredible creatures can run up to 50 miles per hour — and they’re excellent swimmers.

But instead of spending their days socializing with their herd and enjoying freedom, reindeer are being forced to endure hours stuck in a stationary position, with their head harnessed by a “handler” while children pet them or pose for photos. Others are kept in cages that give them just enough room to walk in a small circle. After the day is over, the animals are packed up and brought back to farms and zoos, waiting to be transported to the next event. It’s no way to treat an animal, especially in the name of seasonal entertainment.

All animals used for entertainment are forced to live this same sad life. The holidays are a time for giving and compassion, and that goes beyond our fellow humans. Animals deserve respect and compassion too, and the cruelty will continue unless we take action to stop it.

The Holiday Season is About Compassion, Not Cruelty

Meeting a real reindeer or taking a sleigh ride might seem like a dream come true for a child, but instead of participating in these events, use it as an opportunity to teach your child about compassion towards all living beings. Animals are not props — they are living, sentient beings that deserve our respect.

There are plenty of fun, creative Christmas activities that don’t involve inhumane practices. When it’s time to visit Santa, avoid malls that use live animal displays. You can also find other festive, child-friendly activities that involve baking cookies or building a gingerbread house, or try bringing them to a magical ice castle or ice sculpture garden.