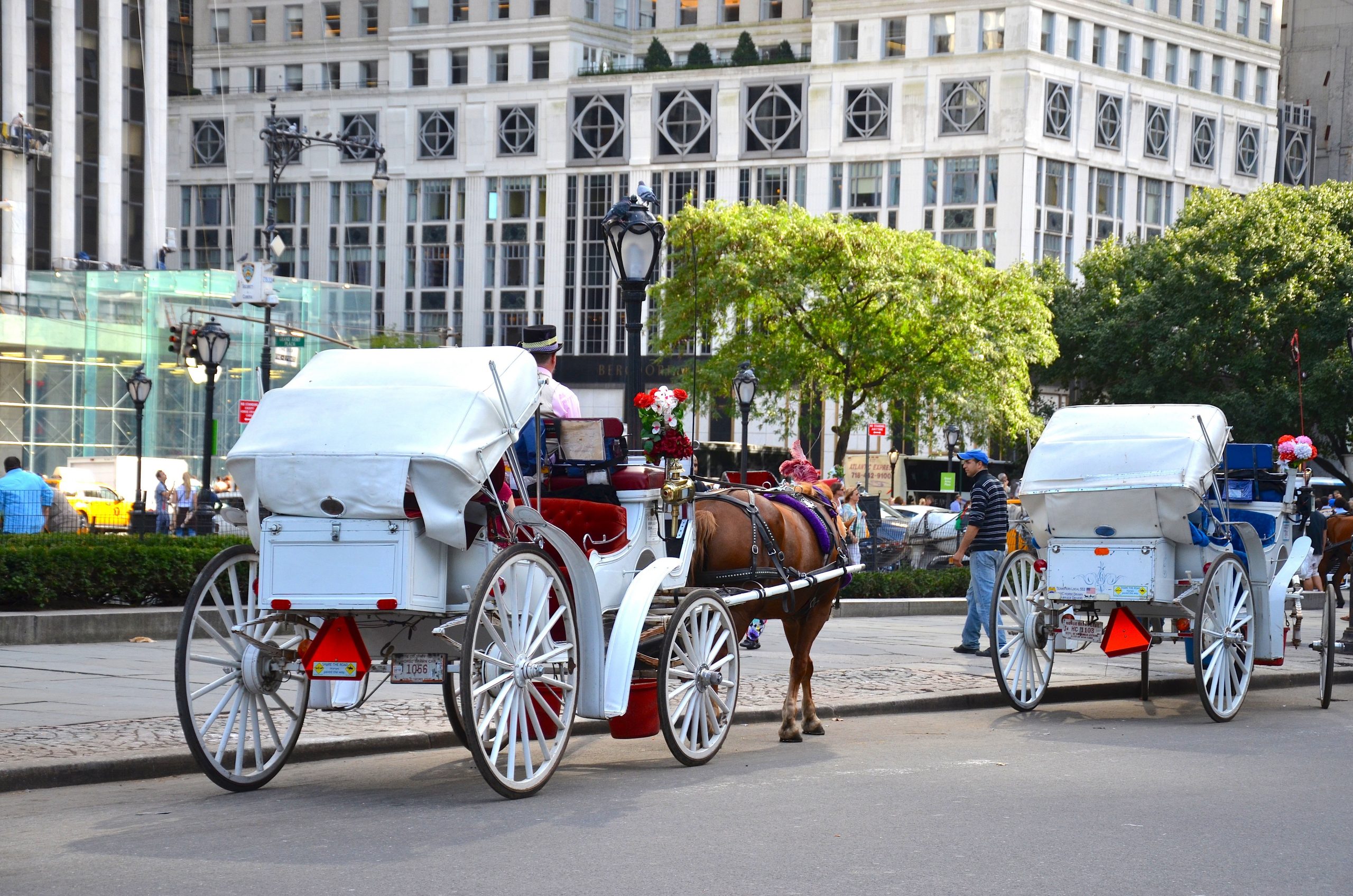 To many people, horse carriage rides are the epitome of elegance and grace: a gentle reminder of a simpler, more slow-paced era. After all, what could be more romantic than taking in the sights of a new city the old-fashioned way? Sadly, the reality behind horse carriage rides is not always so romantic. In places such as New York City, Rome, London, or Melbourne, where this mode of transport has prevailed for many years, the defense of “tradition” is often used to downplay members of the public’s concerns about horse and human safety.

Many people recognize that a crowded, noisy city is not the healthiest environment for a horse. Far from it, as a matter of fact: in New York City, many horses have caused accidents or fatally injured themselves after becoming spooked by unexpected incidents or veering out of their intended lane. NYPD records from October 2009 to April 2014 revealed that twenty-five accidents took place during that time frame only, with at least twelve of these being described as “hit-and-run” incidents (in which the driver allegedly fled the scene) by animal welfare groups. The current NYC mayor Bill de Blasio has promised to end the practice but has taken little action on this pledge since he assumed office in 2014.

The reality is, horses don’t belong on the hard asphalt pavement of the city streets, and they suffer immeasurably being forced to work day in and day out pulling people. Common veterinary issues witnessed in carriage horses include muscle and back pain (acquired by the effort of pulling carriages for much of the day), skin irritation and rashes (often associated with the heat and humidity of working in a busy city), hoof deterioration, and tack-related pressure sores and skin ulcers. In cities around the world, wherever horses are used to transport tourists through the busy streets, these animals are deprived of the chance to live the kind of lives that nature intended: where they are free to relax, play and roam as they choose, free from the threat of human interference and exploitation.

A Twitter user recently drew attention to this issue by posting a picture, which shows a clearly dispirited horse waiting for her next work assignment in Rome.

Seeing her so unhappy today in #Rome broke my heart. No animal deserves to be abused for our leisure. pic.twitter.com/N4tIFh0jJY

On Twitter, Matthew Dominguez said, “Seeing her so unhappy today in Rome broke my heart. No animal deserves to be abused for our leisure.”

The use of horse-drawn carriages for transport may have been required before the advent of motorized vehicles. However, forcing these animals to work in modern-day cities – where they must contend with damaging exhaust fumes, loud noises, oncoming vehicles, and high temperatures – cannot be regarded as anything more than an unnecessary throwback to a bygone era. A large array of alternative transportation methods are available to present-day urban dwellers – including planet-friendly electric vehicles – so why put these animals through the turmoil of working in an overcrowded city?

For more information on why horse carriage rides are far from romantic, and why you should never buy a ticket to take part in one, check out the articles below.