Why Breeding Dolphins and Orcas in Captivity is a Horrible Idea 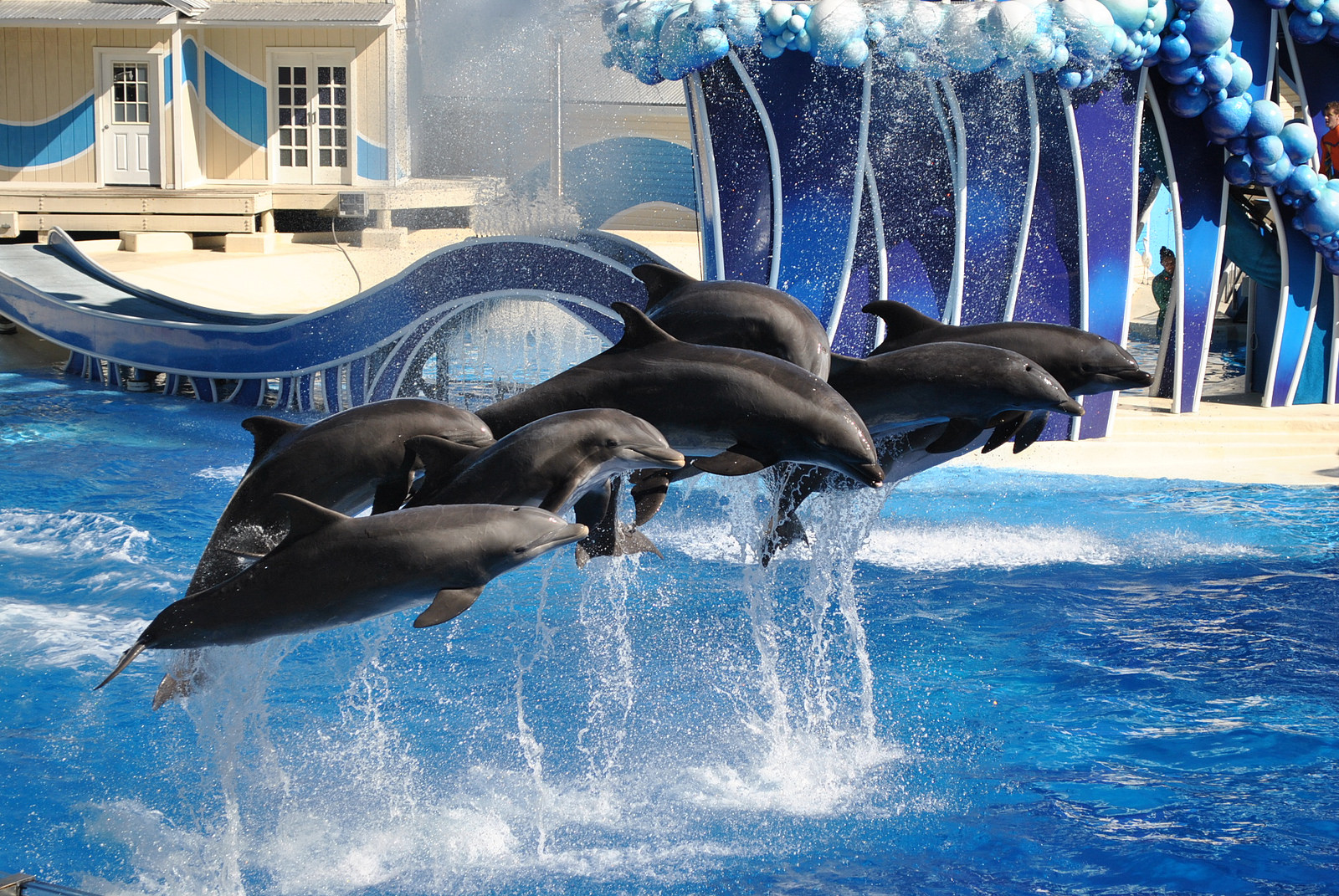 Six years ago, Sea World San Diego announced the birth of a male dolphin calf. His mother is a Sadie, a 13-year-old dolphin living in captivity at Sea World San Diego. Seeing a baby dolphin born into captivity isn’t a new thing for amusement parks like Sea World. This little cetacean is actually one of approximately 80 bottlenose dolphins who have born into the captivity industry.

While some might think that this is great news for the world’s dolphin population, there is a huge problem with breeding animals like dolphins and orcas in captivity. Obviously, these animals will never know what life is like in the wild. But they will also never be able to swim freely in open water, hunt, or use their natural instincts. They will never get to use their intelligence to its fullest or get the exercise they need. Essentially, these captive offspring will live in a bathtub their entire lives.

In addition to these issues, there are also smaller, but just as harmful, problems involved with captive breeding that many people do not know about.

Many marine parks claim that by breeding these animals in captivity, they are helping to conserve them. The problem, however, is that the animals aren’t being conserved. By being born into captivity, they will never learn the skills necessary to survive in the wild. Effectively, this means that any animal that is born in captivity can never be released into the wild. Conservation should start where these animals already make their homes: in the ocean.

Studies have shown that dolphins and orcas in captivity exhibit aggressive behaviors not shown in the wild.

Because they are generally docile animals, many marine attractions allow people to interact with dolphins. However, even the most “happy” looking dolphins can be pushed to their limit and bite park attendees.

Orcas and dolphins are incredibly intelligent animals and they are entirely capable of understanding their own suffering and frustration. After years of swimming laps and experiencing mind-numbing boredom, these animals are like tightly wound springs.

Captive cetaceans don’t just exhibit aggressive behaviors toward humans, but they even turn against members of their species and even their young. When these dolphins and orcas are born into captivity, their mothers often reject them, as their natural instincts have been obliterated by captivity. This happened at Brookfield Zoo in Chicago. In December 2014, a seven-day-old male was rejected by his mother and died as a result. This isn’t anything new, either. Go back over the years and you will still find the same rejection happening. In 1998, Taima and Tilikum (yep, that Tilikum) birthed Sumar. When he was three months old, Taima attacked and rejected Suma, causing SeaWorld to ship him off to another facility, away from the only family he knew.

In the wild, orca pods are extremely close and the bond between mother and child is very real. However, captive mothers were never taught how to care for a child and many were torn from their own mothers at a young age, so they have no understanding of what it means to love or be loved.

Like us, dolphins and orcas have developed instincts so they will not inbreed. In the wild, there are options for different mates available to the animals. In captivity, there are very few options and many of those options are relatives because capturing wild orcas and dolphins for captivity is no longer done in the U.S.

An example of this sort of inbreeding is Katina, the killer whale, who was impregnated by her own son, Taku, in 2006. The calf, Nalani, is the first fully inbred captive orca. As tied turn against the captivity industry in the U.S. we can only anticipate that more marine parks will turn to inbreeding to keep their shows and spectacles alive. But is it really worth the health of the animals?

For orcas, the average breeding age is around 14 years of age. Businesses trying to make a profit, like SeaWorld, don’t really care about the natural lifecycle of orcas in the wild. As soon as an orca is ready, they will begin to impregnate her. In the past, orcas at SeaWorld have been bred at eight and 10 years old, years before they should be breeding. Again, this is traumatic for the mothers and detrimental to the babies who will ultimately be rejected.

In captivity, calf mortality rates can reach up to 50 percent for calves less than six months old. Premature death is also familiar to adult animals as well. Their lifespans are cut down at extreme rates, with only two orcas passing 40 years old in captivity. Compare that to the wild, where orcas live between 50 and 80 years and it is pretty clear that life in a prison is no life at all for these complex animals.

The only reason that marine parks, like SeaWorld, continue to breed animals in captivity is to keep their attractions open. If they were to end breeding animals, they would quickly run out of orcas and dolphins to display. However, as consumers learn more about the physical and mental damage that captivity does to marine species, they are starting to push the industry into oblivion. If there is no longer a demand for orca and dolphin shows and spectacles, then marine parks will have no reason to breed their animals.

Help us stop captive breeding by boycotting marine parks. It is time that we empty the tanks and allowed these sentient beings to stay wild!