Why Be Vegan When Nature Is Predatory? 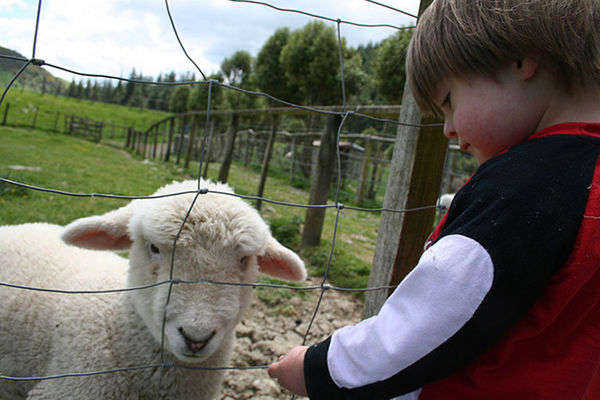 One of the questions that comes up frequently when we begin to think about our routine violence toward animals for food is the fact that we live on a planet with predatory carnivores. Aren’t we also? Seeing the obvious fact all around us that some animals do eat other animals—particularly the animals we’ve chosen to be closest to us, dogs and cats—as well as the fact that we are routinely indoctrinated from infancy to be carnivores ourselves, we naturally find vegetarianism and veganism to be strange ideas and practices. We are confirmed in this belief by all the institutions of our culture—religion, education, family, science, business, and government. With predatory carnivorism so rampant all around us, we are told by our teachers, priests, family, friends, and corporate advertising that it’s natural for us to eat flesh and of course we believe it and eat it with little reservation or compunction. On top of this, seeing ourselves as the most powerful and intelligent species on the planet, it’s apparent that we must be carnivores ourselves. It is definitely superior to be the eater than to be the eaten!

Nevertheless, we may begin to question the routine violence in our meals. We may begin to doubt the morality of confining, tormenting, and killing animals, of paying other people to do this cruel work, of feeding imprisoned animals most of our grain while hundreds of millions of people starve, and of contributing to the ecological devastation that eating meat and dairy products requires. But with almost everyone, including those closest to us, happily chowing down on the flesh and secretions of animals, and with all the carnivorism in nature as a model, isn’t it in the natural order of things for us to eat meat and other animal foods?

First of all, with regard to dairy products, we are the only animal that consumes mothers’ milk after the age of weaning, and that consumes the milk intended for another species, so this is immediately seen to be far from a “natural” behavior, and is easily dismissed (except for the fact that dairy, especially cheese, is so dang addictive!)

Now, moving to consider flesh eating, it’s important to note several important points. First, the overwhelming majority of land animals are herbivores, with a relatively small number of carnivores that prey upon them. So carnivorism is the exception rather than the rule. Second, the percentage of non-carnivorous animals who actually die by being eaten alive is relatively small. Most live out their natural life cycles, contrary to the made-for-TV “nature” shows that glorify the kill-and-eat scenes that are popular viewing fare for human meat-eaters. Third, animals that are designed to eat the flesh of other animals are very different from us physiologically in terms of dentition, jaw structure and strength, taste buds, salivary and digestive enzymes, gastric acidity, intestinal length and structure, and circulatory system fat tolerance, as well as psychologically. We are the only animal with a decidedly non-carnivorous physiology that consumes animal flesh, and not just in small amounts, but in the case of the wealthy industrialized cultures, voraciously.

Finally, our appetite for flesh and dairy products is destroying habitat for other nonhuman animals at a completely unsustainable rate. We are destroying an acre of Amazonian rainforest every second, and the primary driving force behind this activity is grazing cattle and growing soybeans as feed for hyperconfined cows, pigs, chickens, and factory-farmed fish. We are also severely overfishing the oceans for fish, not just for human consumption but even more for fishmeal to feed livestock who are not naturally fish-eaters, or even carnivores. All this is causing the largest mass extinction of species in 65 million years as habitat is eliminated, with biologists estimating that about we’re losing about 200,000 species annually from our Earth. This loss of genetic diversity, along with the climate devastation linked conclusively with animal agriculture, threaten not only the survival of birds, mammals, fish, and other animals, as well as entire ecosystems, but also our own survival as well.

Biologists estimate that ten thousand years ago—before what I refer to in The World Peace Diet as the Herding Revolution when we started owning animals as property for food—human beings were one percent of the biomass (physical weight) of animal life on the planetary landmass, and animals (all free-living of course) were 99 percent of the biomass. Now, a mere ten thousand years later, human beings and the animals we own as property are estimated to be about 98 percent of the animal biomass, and free-living animals have been reduced to only two percent. We have stolen the land and habitat from them, and the great irony is that as we go on, eating like lions and leopards, we are driving lions and leopards into extinction. And elephants and gorillas as well.

So when we stop and contemplate the situation, it becomes clear that emulating carnivorous animals is not only inaccurate because we are not like them, it is also devastating to our planet and to our culture. When we add to this the well-understand connections between diets high in meat and dairy products and risk for heart disease, stroke, cancer, obesity, diabetes, osteoporosis, and kidney, liver, and autoimmune disease, and the irony becomes overwhelming. Our violence toward animals, the Earth, starving people, and each other always boomerangs, and we suffer tragically without ever knowing why.

It’s time to awaken from the cultural trance imposed on all of us by the obsolete meal rituals we are obliged to participate in, and to question the official stories and realize that rather than being driven by stories of the past and stories of what other animals do, we can be instead inspired by a new story. This new story is that we can feed all of us on a fraction of the land, water, and resources when we eat a healthy plant-based diet, and that we can honor our natural wisdom and compassion and create sustainable communities that will allow us and all of the animals on this beautiful Earth to celebrate their lives free from the mass-murder we are inflicting on them. There is by far no predator more deadly, rapacious, and inescapable than contemporary human hunters, fishers, and the animal industrial complex that both hunts and breeds billions of animals for food, clothing, entertainment, research, and products and profits of all kinds. Building both a vegan educational crusade, as well as a social movement of justice, freedom, and respect for all life is more urgent today than anything else we can possibly do, and the more we can learn and contribute to the cultural awakening that we are not predatory by nature, the more likely we will have a sane society and healthy planet for ourselves and our grandchildren.