Why Are Few Spiritual Teachers Vegan? 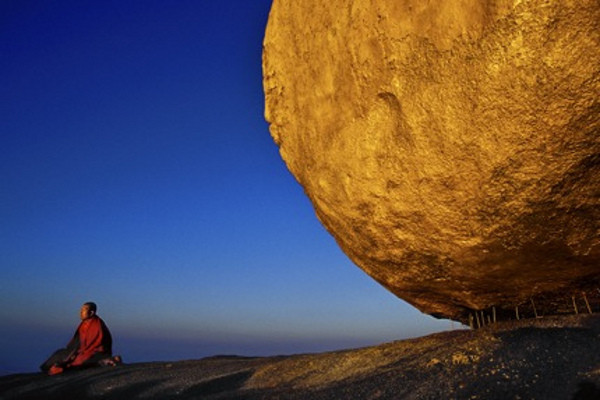 “How can being vegan be so important when so many spiritual leaders eat meat and dairy?”

On some level, we’ve all had to confront this thorny question. We naturally respect and often emulate those whom we perceive as more spiritually aware than we are, and so for Christians, for example, the fact that Jesus is portrayed as eating at least fish seems to be a direct refutation of vegan teachings. For Jews, there’s the passage in Genesis after the flood where Jehovah allows the flesh of certain animals for food, and for Buddhists, the Buddha may be portrayed as eating meat, or at least allowing his followers to do so, and I’ve heard the phrase, “The Dalai Lama eats meat” (though inaccurate) repeated as if it’s a mantra, to justify non-vegan behavior. For Hindus, many revered gurus eat dairy products and Krishna himself is portrayed as a cowherd.

As we mature spiritually and begin to question the routine violence required by meals of meat, dairy, and eggs, we naturally begin to question the teachings and example of people and traditions we have looked to for spiritual and ethical guidance, and this can be challenging, at best. Also, even if we reject religious teachers and traditions that enable or encourage animal exploitation, we will often find ourselves with people who use the words and example of these teachers and traditions to rationalize purchasing animal-sourced foods and products. This can be enormously upsetting. Spiritual teachings are supposed to help make us more compassionate and aware, not provide cover for cruelty and denial!

How do we navigate all this and understand more clearly the dynamics involved?

There’s a cogent old saying, “The people always get the leaders they deserve.” This is an essential liberating understanding to cultivate carefully, and is true in both the secular and religious domains. As we evolve, the teachers and leaders we attract into our experience will also evolve. We are ultimately responsible. When we look, for example, at our political leaders, we are often disappointed and distraught to see the level of corruption, privilege, and dishonesty that we find, as well as their willingness to go to war and jeopardize ecosystems, animals, and the underprivileged.

While it’s relatively easy to bemoan and blame corrupt politicians, greedy bankers, and sociopathic decision makers in the military-industrial complex for our woes, the obvious and undeniable fact is that these leaders and power brokers are, inevitably, an accurate mirror of the consciousness of we the people. Attempting to improve the quality of our leaders without improving the quality of ourselves is an exercise in futility. Gandhi and many others have correctly reminded us that there can be no authentic positive social change without personal change, and because we are all conditioned from birth by our culture’s programming, contributing to a better world means questioning this programming, reconnecting with our inherent wisdom and compassion, and evolving beyond the ethical level of the culture we were born into.

The heart of all this is the cultural food program. Because all of us are born into a culture that kills 75 million animals daily for food (in the U.S. alone), we have been programmed as agents of reductionism, elitism, exploitation, and oppression in our behavior and attitudes toward other beings, and we will ineluctably manifest leaders with similar characteristics. If, for example, we were to continue in our exploitive meals of animal foods, and were to succeed in fomenting a political revolution to improve our lives, we can be assured that our new leaders would be similar to the old oppressive ones because we would be continuing the devastating oppression of animals, ecosystems, wildlife, children, and hungry people that eating animal foods necessitates. Thus, it is not difficult to see that the only way to create a positive world for ourselves socially, politically, and economically is to transition to vegan living, where we take responsibility for our actions and stop our exploitation of those weaker than ourselves. The most powerful actual and symbolic effort anyone can make toward creating a positive future for all of us is to question the violence we were acculturated into by our daily meals, and shift to a plant-based way of eating and living for ethical reasons.

Just as our political and social leaders reflect we the people, so do our spiritual leaders. The spiritual and religious leaders of a war-like culture will justify and encourage war, or they will simply be marginalized and ignored in favor of those who will (and who will be rewarded by the culture for doing so). As another example, it was fine for ministers in the ante-bellum South to own slaves and defend slavery. Similarly, the spiritual leaders and teachers of a herding culture (like ours) will justify and enable the exploitation of nonhuman animals for food and products, and they will be rewarded for this by being respected, affluent, and successful, and those who directly challenge animal exploitation will be ignored and marginalized. And yet, there always seems to be a few who resonate with these generally ignored prophetic voices crying in the wilderness, and through such as these, cultures and individuals can evolve in a positive direction.

We still live today in a herding culture founded upon exploiting animals for its daily meals and other needs, and all of the institutions in this culture, as I point out in The World Peace Diet, are the offspring of this herding culture and necessarily loyal to it. Even if a deeply realized spiritual teacher were to emerge and teach a vegan doctrine of compassion for all life, for that teacher’s message to be embraced on a mass scale, our culture would have to evolve and transform enormously so that individuals would be able to be receptive to it; otherwise the message would simply be suppressed or modified.

We can see evidence of this everywhere. For example, the original disciples of Jesus were described by their contemporaries as refusing to eat meat, as described in Keith Akers’ The Lost Religion of Jesus, yet today, this understanding is repressed because it is too challenging to the core of the herding culture in which we live. The same is true with many other cases. Charles and Myrtle Fillmore, cofounders of the Unity movement, were articulate in urging compassion for animals and encouraging plant-based eating, but today, in a mere 80 years, these key teachings have been repressed and forgotten.

Fortunately, as increasing numbers of people go vegan, we are seeing more and more leaders being empowered to articulate the vegan message without being shunned. The grassroots vegan “upwising” is in full swing, and so we see Bill Clinton, Ellen DeGeneres, and other social leaders finally able to manifest as vegans in popular culture, and we find a similar trend in spiritual teachers as well. The Dalai Lama, despite the resistance of those around him, has mandated Dharamsala as a meat-free zone, and several recognized spiritual teachers such as Thich Nhat Hanh, Master Ching Hai, Sri Chitrabhanu, and Rabbi Gabriel Cousens encourage veganism and even require it of their serious students.

The momentum in this direction seems to be increasing daily, and given the urgency of our cultural, health, economic, and ecological predicament, bringing the vegan teachings of radical inclusion, respect, and lovingkindness into our religious institutions is a number one priority. If existing traditions are unwilling or unable to embrace and promote the vital spiritual teaching that veganism offers everyone, of all persuasions, then we’ll create new spiritual movements and traditions that do, and we see this happening as well.

The essence of the situation is this: all of us are born into a herding culture and are deeply conditioned to accept the underlying assumptions of this culture, and there are rewards in doing so (and punishments in not doing so) for spiritual leaders, for doctors, for teachers; for everyone. With the massive evidence now in place that points conclusively to the health benefits of a plant-based diet, why do so few doctors and health leaders, and their handlers, promote veganism? The entrenched programming and reward system is just too strong, not just for doctors to resist, but for spiritual leaders and their handlers as well.

Real political and spiritual progress comes from the grass roots, not from the top down. As vegans, we already are the spiritual leaders of the coming more-awakened society. As the vegan movement continues to gather momentum, spiritual teachers who aren’t vegan will be increasingly ignored as hypocritical and out of touch. This vegan evolution is, in many ways, a leaderless revolution where we are all leaders, and where the growing, awakening vegan community is itself the spiritual leader of our culture. It is essential that each of us contributes as best we can by connecting both with the community and even more importantly, with the vegan teacher of compassion and wisdom who lives in our heart.

It may be tempting to hope that we can be rescued by some outer force, like benevolent extraterrestrials, or a coming consciousness shift to the fifth dimension, or a benign political or economic group that destroys the evil leaders and brings us a new era of abundance. But we are called to be worthy of the freedom, peace, and abundance we desire, and the price for these is the hot dog, chicken breast, and fish filet, and understanding why this is so.

As another old saying goes, we are the ones we’ve been waiting for, and sowing the seeds for the coming generation of vegan spiritual leaders by embodying a message of compassion for all living beings is something we can all do in the garden of our hearts, and in the soil of our daily lives. It’s a beautiful and inspiring movement to be part of, and I’m grateful to you and to everyone who’s working so hard on so many levels to bring it to fruition. It’s the central challenge and endeavor for us who are alive on this Earth today.