Who’s Pulling the Strings of the Vegan Propaganda Machine? 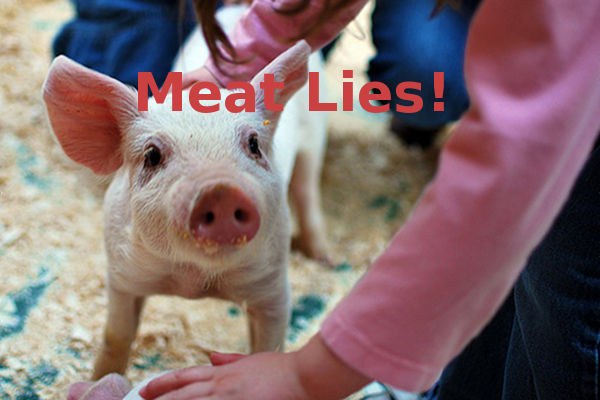 This article was also featured on the Huffington Post

The unappetizing and downright disturbing facts about meat and the industry that produces it is like a gift that keeps on giving. At times, it almost feels like every scientist in the world is secretly conspiring to ruin the idea of a good meaty meal by generating more bad news about meat and well-researched proof that a plant-based diet is optimal for good health. Several experts have raised alarm bells, claiming that U.S. meat consumption has not only peaked, but is also in steady decline, indicating that all this negative attention on meat may in fact be positively impacting people’s food choices. To add to it, a number of high-profile public figures have joined the plant-powered bandwagon and our obesity-ridden nation is finally getting the message loud and clear that eating more plants, and less animals just makes sense if you care about your health, the environment and obviously animals.

To the meat industry, all the bad news is just “vegan propaganda” driven by  “fringe” animal advocacy groups like the Humane Society of the United States (HSUS), Physicians Committee for Responsible Medicine (PCRM) or People for the Ethical Treatment of Animals (PETA). It’s a lazy defense – just blame it all on the animal “extremists” that are supposedly armed with large donations, and are on a mission to destroy animal agriculture by spreading lies and misinformation about all animal products and the industries behind them. While animal advocates have done some outstanding work uncovering animal cruelty at factory farms and lobbying for legislative reform, are they really who the meat industry should fear? After all, the U.S. still eats the second highest amount of meat per person in the whole world and you can’t spend fifteen minutes watching TV without being bombarded by food advertising for meat-based products.

Perhaps the real problem is the meat industry has very little faith in the quality of their products and production methods? Even assuming that were the case, it’s pretty evident that if this comes down to a propaganda war for the hearts, minds and taste buds of the American public, the meat industry has the big guns (i.e. more cash). Thanks to the blog CountingAnimals.com, we now have hard data to back this claim. They painstakingly analyzed annual SEC and Form 990 filings to assess how much the meat industry spends in advertising when compared with the expenses of animal organizations promoting a plant-based diet or animal welfare reforms.

The results of their analysis are captured in the graphic below, which helps visualize the scale of the difference between the dollars spent on promoting meat and the dollars spent on advocacy of farm animals. In the figure below, each red circle represents a meat-promoting entity, with the area of the circle being proportional to just the annual advertising or promotional expenses of that entity. Each green circle (you’ll need a magnifying glass to even see most of them) represents an animal advocacy organization engaged in promoting plant-based eating or meat industry reform, with the area of the circle being proportional to the total annual expenses of that organization.

As the above graphic clearly illustrates, the advertising expenses alone of a few of the top entities in the meat industry trumps the combined expenses of all the animal advocacy organizations!

While the David vs. Goliath nature of this battle should not surprise anyone, it is pretty amazing to see it visualized. What is even more amazing is that although animal advocates stand absolutely no chance against the meat industry (financially at least), animal welfare as an issue is increasingly dominating mainstream discussions around food choices.

But this analysis only looks at one facet of a much larger trend. The animal advocacy groups may be at the front lines of this battle, but the war for better food choices is being fought everywhere. Numerous scientists, nutritionists, medical professionals, chefs, athletes, and many others are contributing to the growing voice in support of better food choices. Animal welfare is only part of the problem; environmental and food safety concerns are also starting to play a significant role in uncovering scientific truths about meat, while shedding light on the dangers that animal agriculture present to our health, as well as the health of the planet. In addition, one can’t undermine the role that the Internet and social media in particular has played in spreading awareness around our broken food system, debunking nutritional myths associated with a plant-based diet and highlighting the depth and breadth of vegan food choices. In the information age, you don’t need a billion dollars to spread some good ideas, and as demand for better choices increases, so will the number of high-quality and affordable organic, healthy and sustainable vegan food products. There is a whole new humane economy rising, and while most of the businesses involved may not have financial resources to compete with the meat and dairy industries, they do have the backing of a growing population of Americans that are yearning to make more conscious choices.

But what about the vegan propaganda machine, I hear you ask? Unfortunately, there isn’t one. It’s more like a common sense machine that’s driving this change, and if you are even remotely interested in building a healthier, kinder and sustainable future for our planet, you’re pulling the strings.