What’s Wrong With The Silk Industry? 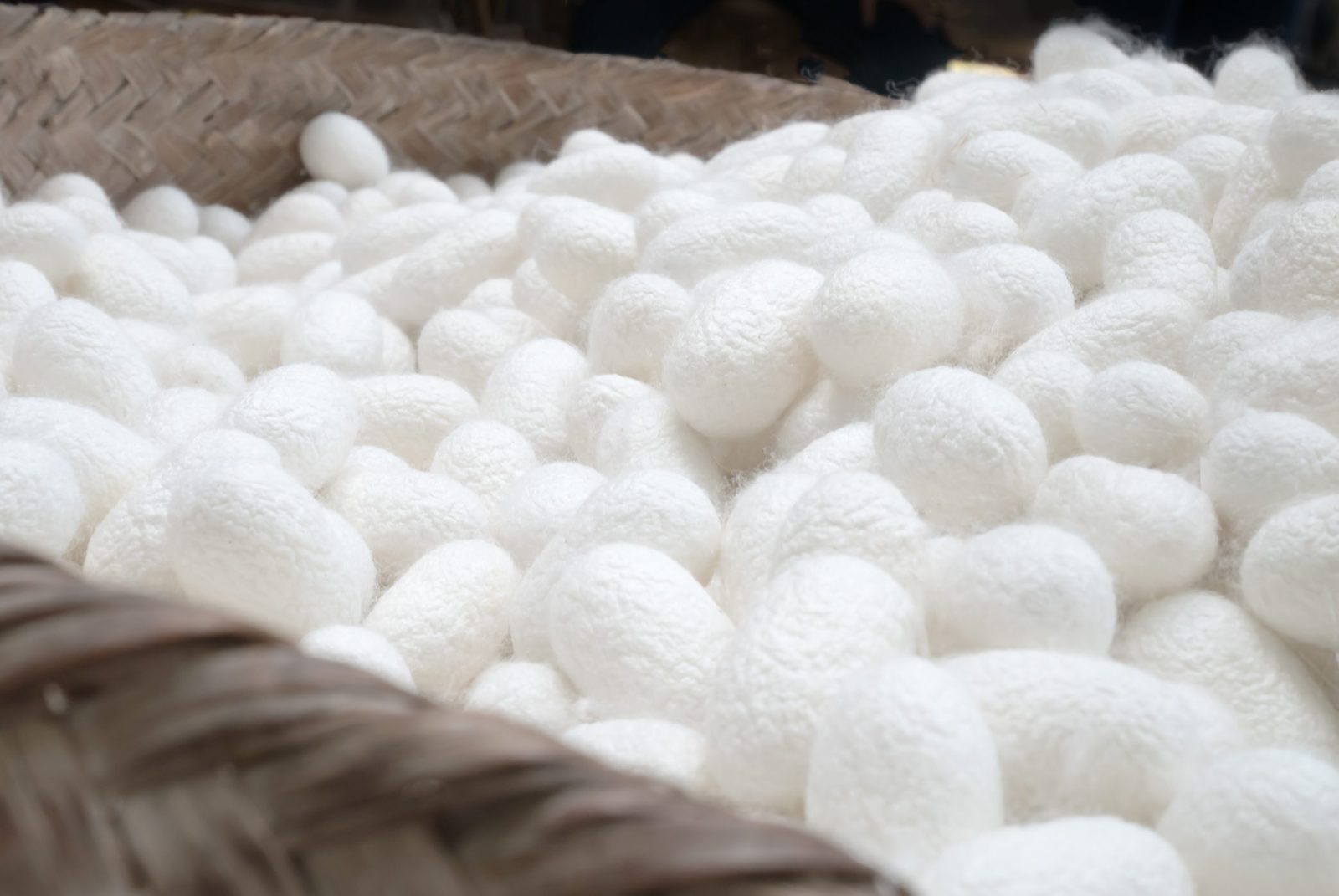 More and more people are becoming aware of the horrors of the leather, fur, feather, and exotic skin industries. That’s why the products they produce are becoming increasingly unpopular among consumers, and many high-profile brands are dropping them from their lines. Just last year, Israel was the first country to ban the sale of fur, and the year before that California did the same.

However, many people are still unfamiliar with the silk industry and the ethical issues that are associated with it. After all, they’re only insects, right? And how cruel could the industry be? The answers may surprise you.

How Silk is Produced

First of all, silkworms aren’t worms at all, rather they are moths who are in the caterpillar stage of their life cycles when killed. After several weeks of shedding their skins, these caterpillars create a cocoon for themselves from their salivary glands that look kind of like cotton balls. If the caterpillars are allowed to live, they would emerge from their cocoons after a couple of weeks, find a mate, and produce some eggs.

But silk producers never let them get to this stage because the moths emit an enzyme that severs the cocoon, which allows them to emerge, but means the product is damaged and loses value. To keep the cocoon intact, farmers will boil or bake the moths to death. To produce a pound of silk, around 2,500 silkworms are killed. This amounts to billions and possibly even trillions of these insects being killed every year in the name of fashion.

Silkworms have also been domesticated for thousands of years and selectively bred. Today’s silkworms are unable to fly because they’ve been bred to produce more and more silk, which has made them too heavy for their wings to support them. The silkworms that are given the chance to live long enough to mate and have babies are then discarded or “crushed to death.”

Silk production also harms the environment. The farms have to be kept at certain temperatures and boiling water and hot air are used to kill the worms. Since silkworms eat mulberry leaves, water is required to sustain and grow the trees, which can limit freshwater in areas where it’s already low. Also, the chemicals used to clean and dye the finished product can contaminate the local water.

While the science is still unclear when it comes to measuring the sentience level of silkworms, there are a few important things to consider. First, silkworms have a brain, a central nervous system, and they release endorphins, which are hormones that are present when pain is experienced. Second, like all insects, silkworms will retreat when they are threatened. Just put your finger next to a spider and watch them scurry away. Just because they are smaller and look different from us doesn’t mean they don’t feel pain.

And lastly, the more scientists study animals and insects, the more research comes out to suggest they are more sentient than what was previously thought. So, while the current scientific evidence may be unclear regarding silkworm sentience, there are plenty of signs which point to the fact that they should at least be given the benefit of the doubt.

There is an alternative to traditional silk production which is called “peace silk” or “ahimsa silk.” In theory, this silk comes from cocoons where the moths were allowed to hatch. However, there is no regulatory oversight to make sure this occurs. Also, reports have come out about regular silk being sold as “peace silk,” and silkworms being underfed and forced out of their cocoons too early. That’s why the best thing to do is to avoid silk altogether.