By Cathy Liss, President of the Animal Welfare Institute 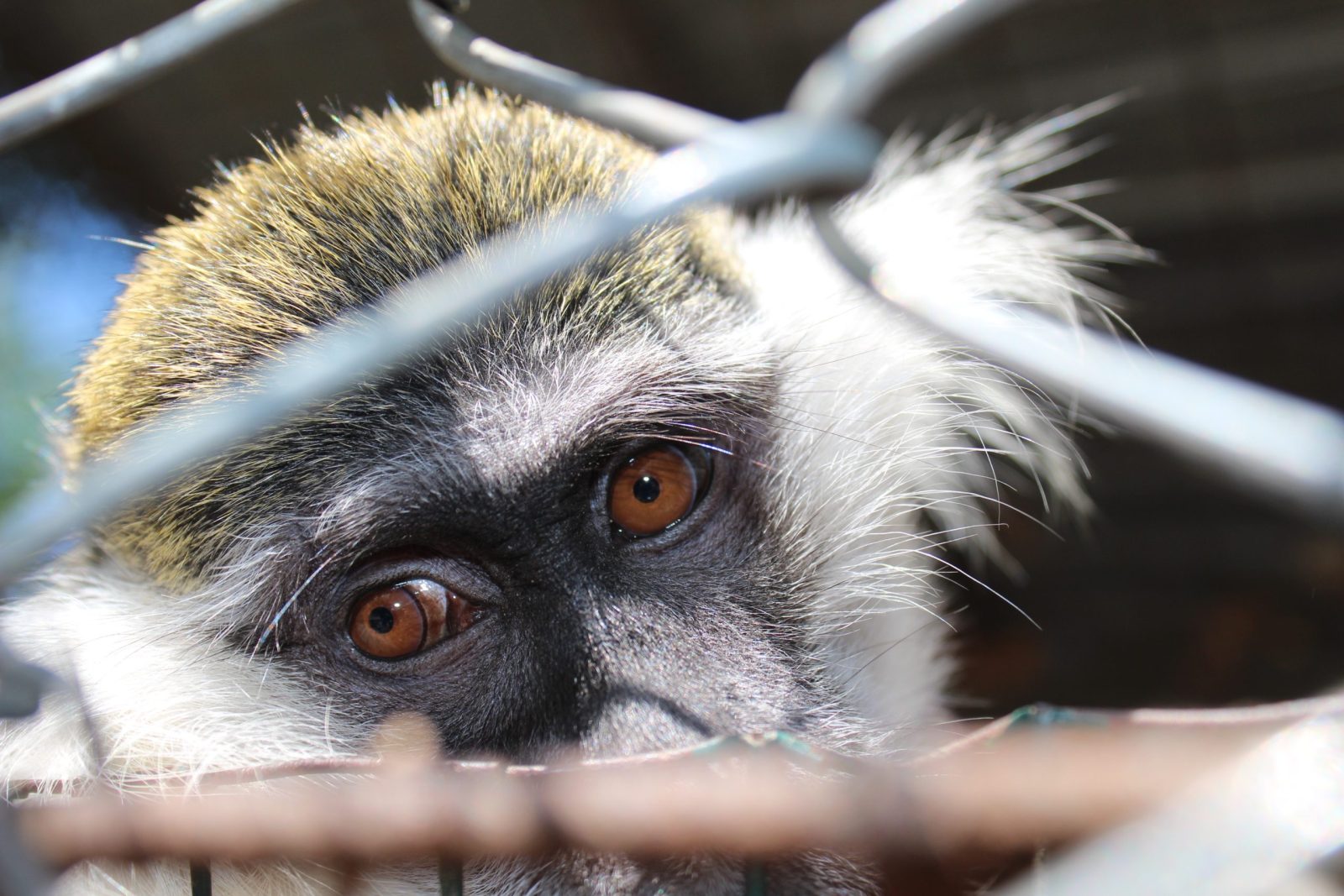 Sally was kept in a trailer, tied to a bed with 10-pound weights when the 15-year-old girl and her mother first saw the Capuchin monkey after driving from Alabama to Satsuma, a small community in Florida’s Putnam County.

The pair paid Sally’s owner $9,500 cash. Shortly after, Sally did what monkeys often do when they feel threatened or want to establish dominance – she bit the teen.

The recent case made national headlines, yet it is one of the hundreds of reported injuries from captive primates over the last few decades.

In one chilling example from 2009, a Connecticut woman named Charla Nash was blinded and lost most of her face and hands after being mauled by her neighbor’s pet chimpanzee. As police responded, the 200-pound chimp tried to get into their squad car and attack one of the officers, who was forced to shoot and kill him.

Just last year, a pet chimp in Oregon attacked and injured his owner’s adult daughter. The terrified owner and her daughter barricaded themselves in a basement and called for help as the chimp ran loose outside until a sheriff’s deputy arrived and shot him in the head.

Due to a lack of consistent oversight, no one knows how many primates across the United States are held captive by breeders, dealers, and private owners as part of the lucrative and sometimes clandestine pet trade. Conservative estimates suggest that there are at least 15,000. About half of all states prohibit the personal possession of some or all primate species. Yet, these bans do not extend across state lines, allowing exotic pet websites to continue advertising primates like Sally.

One promising solution is for Congress to pass the Captive Primate Safety Act, which would prohibit any interstate trade in primates for the pet market. This legislation, H.R. 3135/S. 1588 targets the private possession of primates and would not affect the ability of zoos, universities, labs, or sanctuaries to have these animals.

For relatively little money, a person can buy virtually any primate species. Yet even the most well-meaning owners cannot provide the special care, housing, diet, socialization, and maintenance that these animals require. As such, monkeys and apes often suffer when kept as pets.

They are often forcibly removed from their mothers soon after birth, spend their lives confined to small cages, and endure painful procedures such as tooth extraction to make them less dangerous. Unlike in the wild, where most live in large social groups, many primates kept as pets are held in relative isolation, away from normal social contact with their species.

While endearing at a young age, primates quickly mature and can be highly aggressive as they express instinctual behaviors incompatible with life inside a human household. Moreover, primates can easily transmit a wide range of viral, bacterial, parasitic, and fungal diseases to humans, including yellow fever, monkeypox, and Ebola.

Law enforcement agencies expend countless hours and resources to address the escapes, attacks, and cruelty cases that are the inevitable consequences of keeping primates as pets. Moreover, local police officers and other first responders are not trained or equipped to deal with a dangerous primate who has escaped from someone’s home.

Monkeys and apes do not belong in anyone’s home – ever. Urge your elected officials to pass the Captive Primate Safety Act to put an end to this cruel and senseless trade. Sign this petition to ban private ownership of primates!