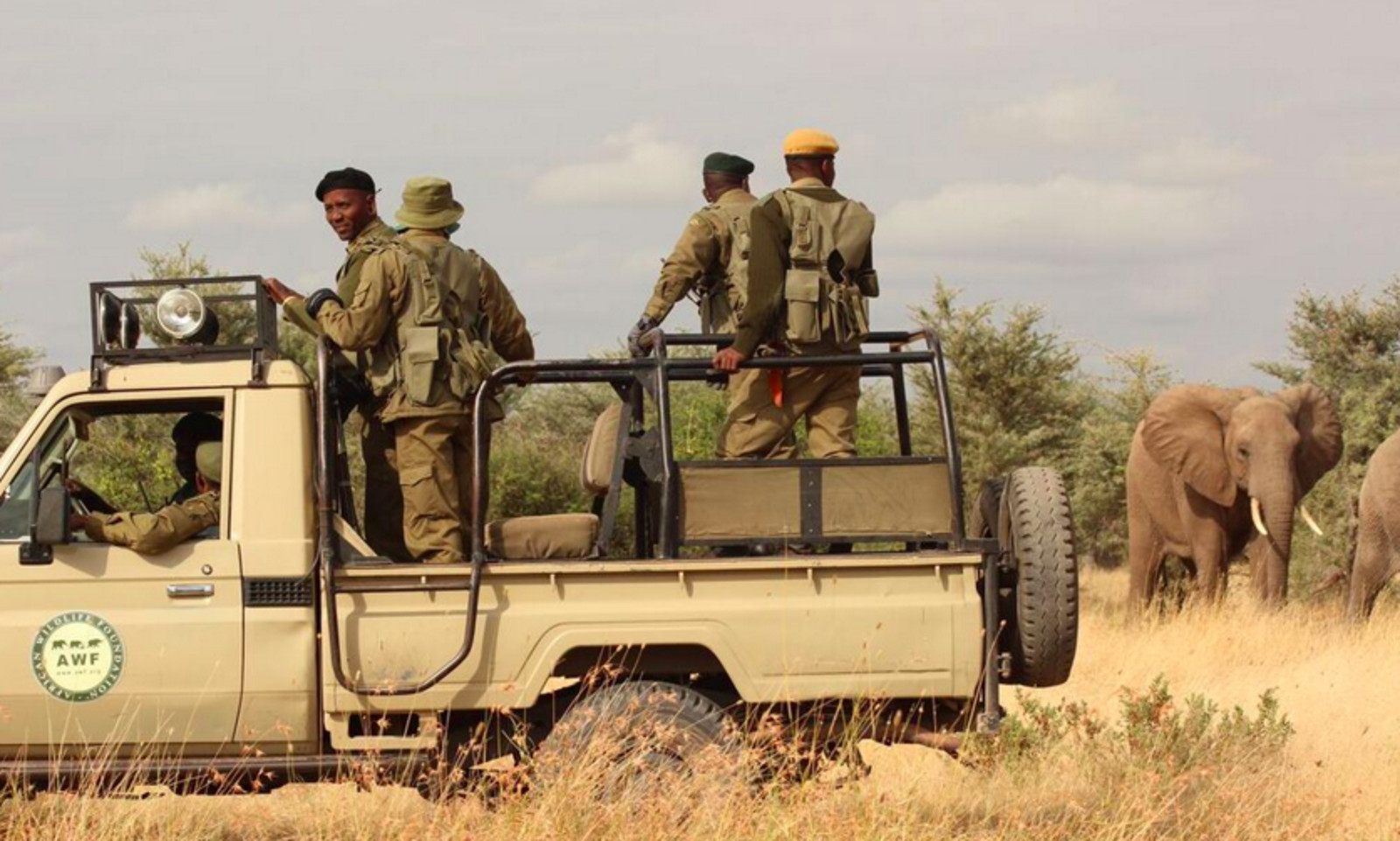 Without buy-in from people, especially local communities, conservation rarely works. In many parts of Africa, the jurisdiction of national wildlife authorities stretches across vast ranges, making it difficult for authorities to monitor and protect large, dispersed populations of wildlife. Because local communities live closest to wildlife, they often become the key partners involved in conservation efforts.

At the same time, these same remote communities can lack access to basic services: electricity, clean water, quality education, and employment. In addition, living with wildlife on your doorstep or in your backyard brings with it burdens for local people. Elephants trampling a year’s worth of crops or lions attacking livestock negatively impact people’s livelihoods, and create negative feelings toward elephants, lions, and other animals.

African Wildlife Foundation (AWF) works to not only include communities in conservation efforts but to help them benefit from their wild neighbors as well. This commitment to community conservation can be seen in a number of AWF’s areas of operation, from the grasslands of southern Tanzania to the forests of the Congo Basin.

Ownership of and Pride in Wildlife

The park infrastructure that exists in and around many of Africa’s national parks and reserves — entry gates, hotels, lodges, camps, and visitor centers, for example — help generate millions of dollars of revenue for the country. However, the communities living nearest these protected areas often see little-to-none of that revenue. This in spite of the fact that the elephants, lions, gorillas, rhinos, and other wildlife that tourists travel thousands of miles and spend millions of dollars to see depend on resources that may lie outside of a protected area.

Forests beyond protected area boundaries, for example, act as water catchments that help maintain rivers flowing into parks and reserves. Ungulates such as wildebeests and zebras move beyond parks for better grazing, followed often by predators.

Many of these migration routes and dispersal areas are on community lands. Working with communities to protect and maintain the connectivity of these resource-rich lands, as well as the animals themselves, is essential to the survival of wildlife. The creation of community-run Wildlife Management Areas (WMAs) provides the infrastructure for doing this and gives communities a sense of ownership over their wildlife resource and the ability to benefit from it.

In Tanzania, AWF helped establish five WMAs covering 11,531 square kilometers. The location of each WMA was chosen based on its ecological merits, and because it strengthened the integrity of a larger ecosystem in Northern Tanzania, one that encompasses Lake Manyara National Park, Tarangire National Park, Lake Natron and the area around Kilimanjaro.

WMAs are designed to help communities generate revenue from wildlife-based tourism, and to systematically map out areas for wildlife and human use, giving communities the means to negotiate and agree to how land will be managed and where wildlife movement will be allowed. 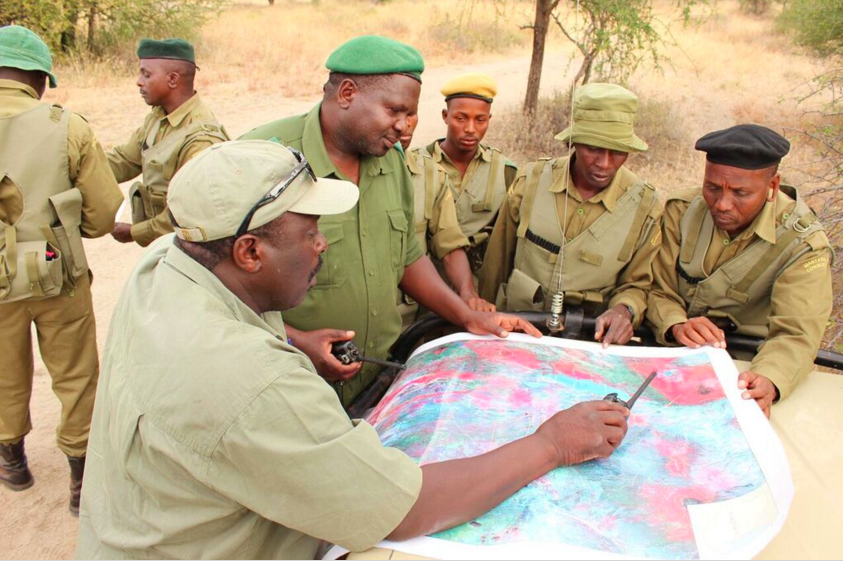 Poaching also tends to be lower in and around WMAs as the community deploys scouts to monitor the land and ensure that designated wildlife corridors remain intact and protected.

Together with AWF partners, the scouts conduct anti-poaching patrols, which has led to a dramatic decrease in elephant poaching and other types of wildlife crime. 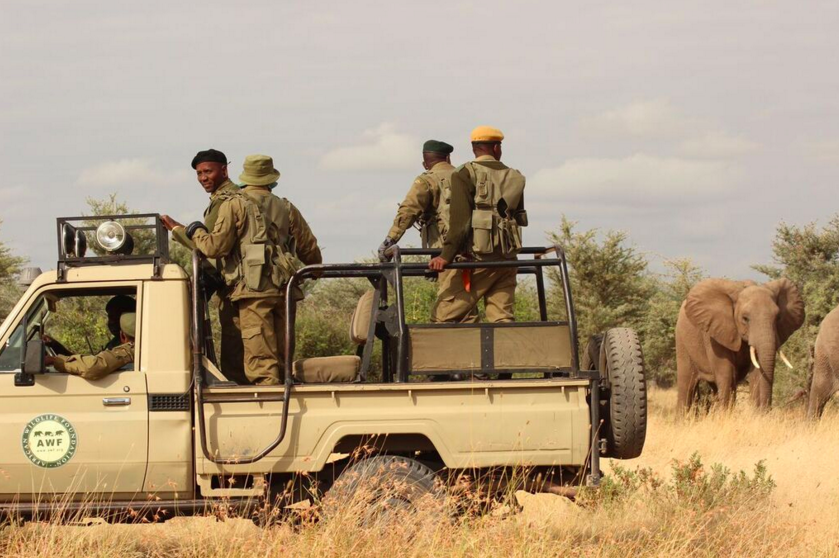 By Boat and by Book

In the Democratic Republic of the Congo (DRC), AWF’s conservation enterprise team has been working with communities to implement livelihood and economic opportunities, such as sustainable agriculture, livestock rearing or crafts. These initiatives help alleviate poverty and lead to improved health, education and a more just society — and in the process prevent communities from falling back on the forest for their primary needs.

Typically communities in this forested landscape live on the edge of society. As farmers, their livelihoods — and improvement thereof — is forever handicapped by the lack of an internal transportation system, which would allow them to get their agriculture goods to markets. In 2011, AWF launched the Congo Shipping Project, which helps farmers in the remote regions of the Congo Basin get their crops and products to markets along the Congo River via barges pulled by a tugboat. Over a four-month period, the tugboat hauls three barges loaded with agricultural produce, including maize, peanuts, and manioc, from the AWF-supported landscape to a port in DRC’s capital city Kinshasa.

On its return trip, the boat conveys cooking pots, bicycles, and other finished goods from the capital back to the landscape. 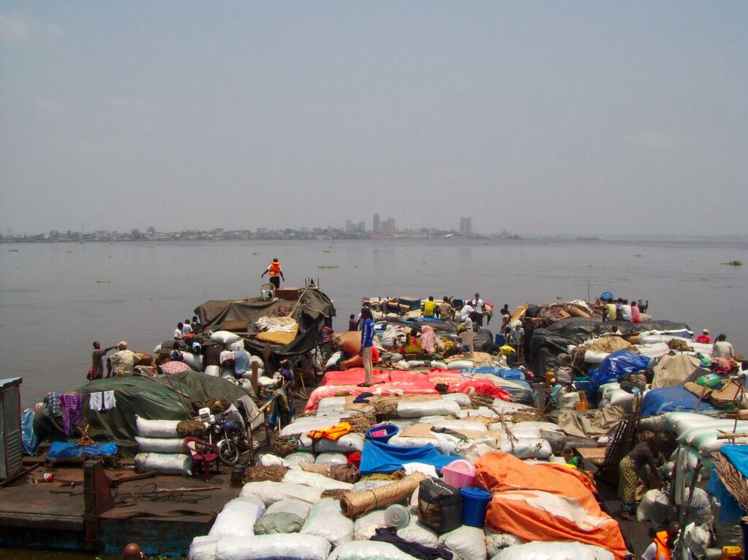 But an increase in commerce is not the only AWF project aimed at improving lives and livelihood prospects in this remote part of Africa. Under AWF’s African Conservation Schools program, AWF constructed a new primary school for a local community last year, complete with airy classrooms, teacher, housing, and natural landscaping. And the investment in the school goes beyond brick and mortar .

AWF is working with the school to incorporate environmental lessons into the curriculum, lessons that are conducted inside and outside of the classroom. 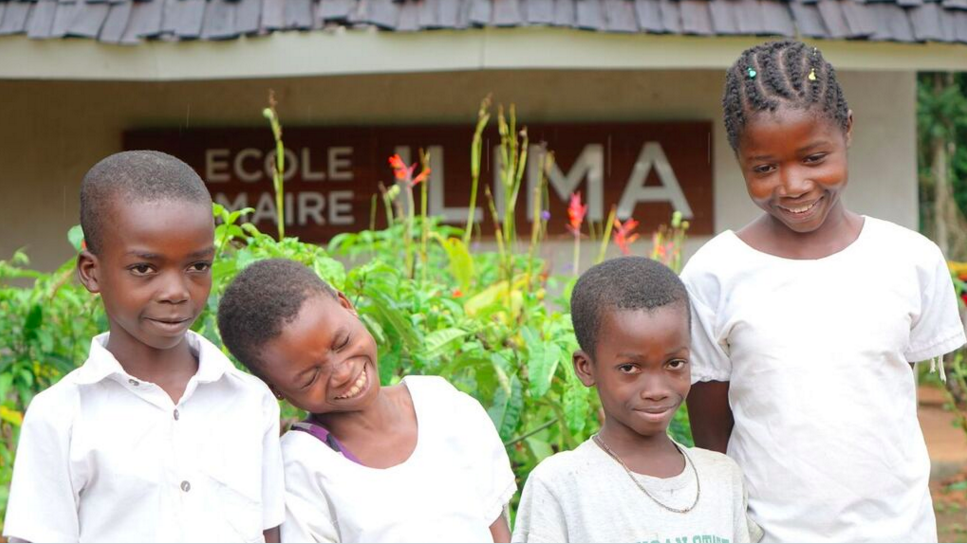 Environmental lessons are incorporated into the daily curriculum, and students spend time inside and outside of the classroom learning about the surrounding forest. Teachers  also receive additional training. Recently, the provincial education authority conducted an eight-day training seminar in which teachers learned about new teaching methodologies and how to better develop education materials. By drawing resources and attention to the school, the AWF school program helps improve the quality of education.

At the end of the day, for a prosperous, modern Africa to maintain its wildlife resource in perpetuity, the continent’s people must also thrive and prosper. Though every day we are presented with many challenges, these challenges can also present opportunities. Those opportunities, when seized upon, move us all toward a brighter future.