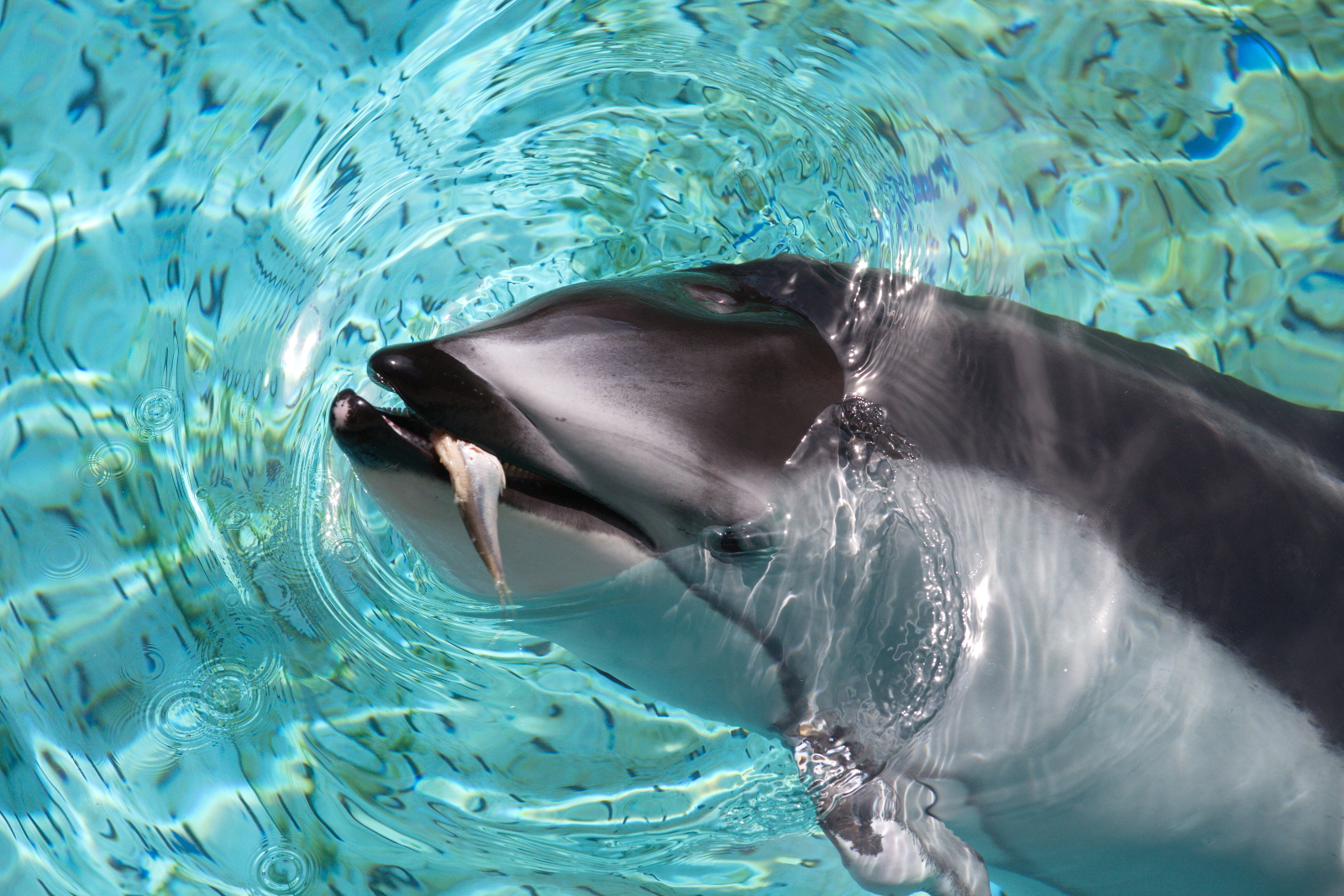 False killer whales are not common in waters off British Columbia and are altogether rare in Canadian waters. During Chester, the false killer whale’s stranding on July 10th 2014 in Tofino, Canada, rescuers weren’t able to locate Chester’s mother or any other members of his species in the area. Returning Chester to the wild alone, at such a young and vulnerable age, would have most likely resulted in his death. Therefore, the decision was made to transfer Chester to Vancouver Aquarium for treatment.

In May 2015, a scientific panel convened by the Canadian government’s Department of Fisheries and Oceans (DFO) deemed Chester non-releasable. To date, the DFO and Vancouver Aquarium have not yet revealed who was on the panel. According to the official statement, this verdict was reached due to Chester’s young age at the time of his stranding, the fact he would not have spent a considerable amount of time with his social group in the wild, that he would not have learned the relevant skills he would need to survive in the wild and because of the extensive amount of human contact he had experienced during his time in captivity.

The Justification for Captivity

All of these factors leading to the panel’s decision were evident from the moment Chester stranded, except for his extensive amount of human contact, which would be a recognized consequence of his captive confinement and medical care.

Baird goes on to say, “There are no populations of false killer whales that you could easily release Chester into. The [Northern resident orca] A73 Springer case is a great example of the best case scenario of releasing an animal back. Chester is just a worst-case scenario. Even if there was a known population of false killer whales off the west coast of North America, which there isn’t until you get down to Mexico, they are an open ocean and rare species and finding the animals, let alone Chester’s own maternal group, would be close to impossible.”

Baird and other experts agree that it is probable the DFO and Vancouver Aquarium realized on the day Chester stranded that, if he was taken into captivity for rehabilitation, he would never be released back into the wild. 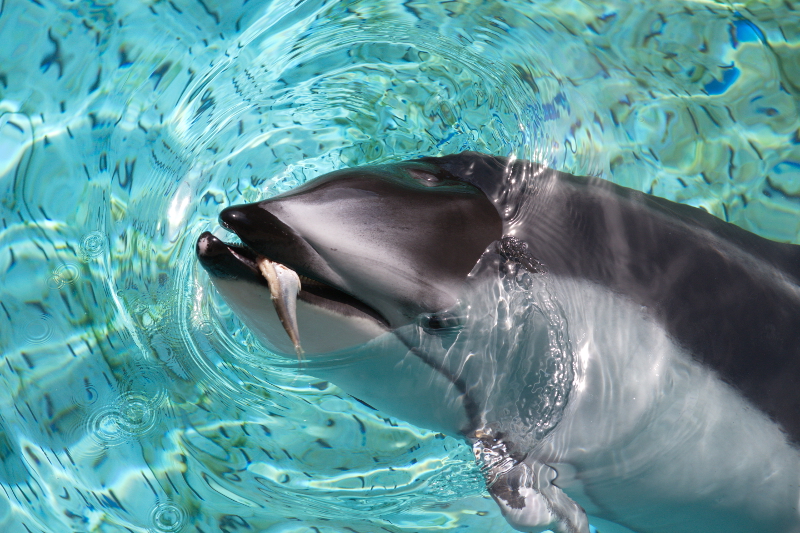 Steve Whitehouse, Technical Advisor for Whale Rescue, states, “From what we knew about Chester at the time he stranded and about false killer whale ecology in that part of the world, Chester would never have been a release candidate. The DFO and the Vancouver Aquarium would have known this from the outset. Any knowledgeable marine mammal rescue specialists would have known. The key factors here were his young age at time of stranding and the fact his family were unable to be located.” Whitehouse has been rescuing cetaceans (whales, dolphins and porpoises) for over 35 years and has extensive experience in marine mammal rescue, having worked as a Marine Mammal Protection Officer for the New Zealand government’s Department of Conservation, co-written the marine mammal rescue and training policies and procedures for governments in several countries, and developed the Marine Mammal Medic course and the Whale Rescue Refloatation Pontoon System that are used to help rescue cetaceans in 13 countries.

These particular marine mammal rescue and false killer whale experts, from across the world, were not consulted during Chester’s stranding and had they been, they would have all advised that Chester was not, and never would be, a suitable candidate for release back to the wild. Despite this, it took the DFO’s scientific panel ten months to publicly state that they had reached this same conclusion.

So who was consulted at Chester’s rescue? Mo Brock raises this point in her recent article, which reveals how, in some countries, the very facilities with vested interests in keeping rescued cetaceans in long-term captivity might also be the primary consultants making the recommendations to their respective governments. In Chester’s case, this would be Vancouver Aquarium recommending to the DFO that Chester should be taken into and kept in long-term captivity. Evidence, exposed through a request for documents about Chester’s stranding (obtained under Canada’s Access to Information Act), does reveal that DFO consulted with the Vancouver Aquarium on the day Chester stranded and determined that he was non-releasable.

Potential conflicts of interest are also a concern when aquariums, which display cetaceans for the paying public to view, are involved in cetacean rescues. “Marine parks that display captive cetaceans have a vested interest in all cetaceans, particularly ones they can acquire for their facilities,” Whitehouse says. “In recent years there has been increasing public pressure not to capture cetaceans from the wild and for many of these parks, taking stranded marine mammals is the only way they can obtain new cetaceans with less public scrutiny. There is a clear conflict of interest here.”

These conflicts of interest largely revolve around money and publicity, the latter of which leads back to money again.  In the case of Chester, he has been used to encourage the public to donate to the Vancouver Aquarium.  Furthermore, facilities like Vancouver Aquarium use rescues as justification to keep other non-rescued cetaceans on display for the paying public. 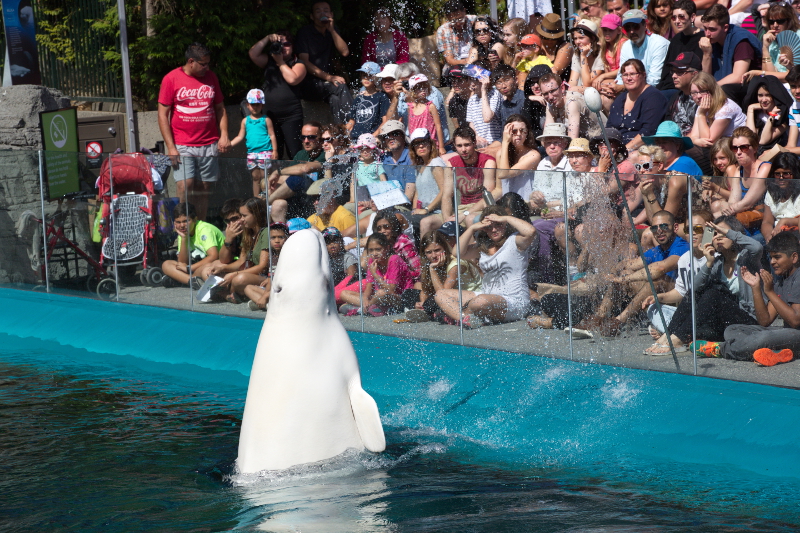 The whales and dolphins that are on display at Vancouver Aquarium have a daily show schedule and there appears to be no intention to rehabilitate these animals for release back to the wild or to retire them to a more suitable captive environment. Displaying these animals to the paying public and using them in money-making transactions seems to be for purely commercial purposes. Unless, of course, education and conservation, including the rescue of other cetaceans, is used as justification?

The rescue of a cetacean is something that marine parks use to garner public support through media publicity, and this has become particularly prevalent in the wake of documentaries like “Blackfish.” And any new cetacean at a facility will attract the crowds because people will want to see the animal they have read so much about.

Furthermore, facilities taking in a rescued cetacean are obtaining a “free” animal that they would usually have to spend hundreds of thousands, if not millions, of dollars acquiring. A new cetacean will bring new DNA to an ever-shrinking gene-pool, so not only does a facility obtain this one animal, it claims ownership of any future offspring the animal produces. And of course, like rescue animals, baby animals are also popular attractions for zoos and aquariums, making for great publicity and drawing the crowds. In this way, cetaceans appear to make the transition from rescue animal to facility asset.

With regards to Vancouver Aquarium, it is important to note that it is a not-for-profit organization, and some of the money it makes will go back into marine mammal rescues. However, this money also allegedly goes into $100 million expansions so that the Aquarium can increase the number of cetaceans it holds on display (yet Charbonneau says, “The much-needed expansion of its Marine Mammal Rescue Centre didn’t receive a penny of that money”). Not to mention that some of Vancouver Aquarium’s staff seem to be collecting relatively large salaries as well. 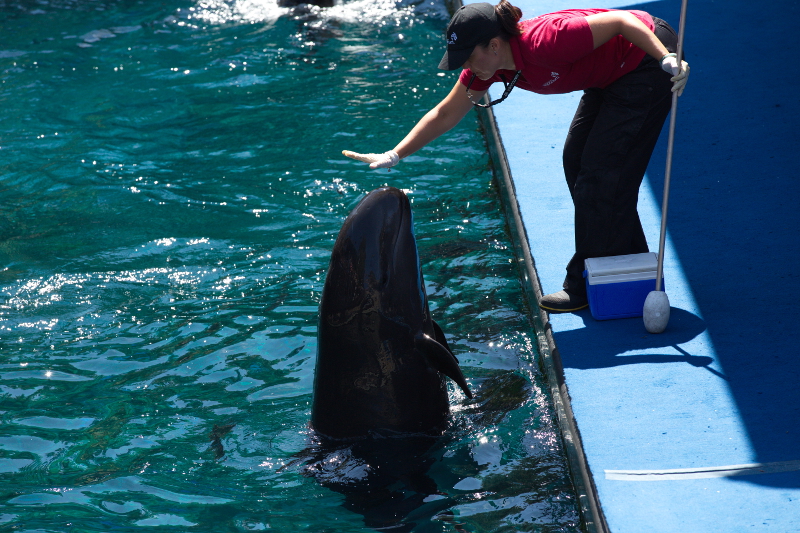 For Chester, it would seem that at least for now he will remain at Vancouver Aquarium, despite there already being concerns for his welfare. Scientifically validated welfare assessments are fundamental, if not a legal requirement, in improving the lives of many other captive wild and domesticated species; however, no species-specific welfare assessments have been developed for false killer whales in captivity. In fact, very little exists at all in the way of comprehensive welfare assessment methods for captive cetaceans.

This lack of a false killer whale welfare assessment renders it difficult if not impossible for Vancouver Aquarium to assess whether Chester’s welfare needs are being met. This in turn means the Vancouver Aquarium cannot meet the care requirements set out by the Canadian Council of Animal Care’s (CACC) guidelines for marine mammals, which stipulate that the species-specific physical and social needs of captive marine mammals must be met. Despite this, when referring to the decision to keep Chester in captivity at the Vancouver Aquarium, the DFO states that the Aquarium does indeed meet “the required care recommendations set out by the [CACC].”

The guidelines very specifically state that facilities “must have the necessary resources to provide the professional care and management required to meet the physical and social needs of any animals being acquired. Animal acquisition should only be approved if it will not jeopardize the welfare of either the animals already being held by the institution or the animal being acquired.” But how can the physical and social needs of a complex, wide-ranging, deep-diving animal like Chester ever truly be met?

Dr. Naomi Rose, Marine Mammal Scientist with the Animal Welfare Institute, does not believe Vancouver Aquarium will be able to meet Chester’s biological needs, “False killer whales are large dolphins and I feel their prognosis in captivity is the same as for all dolphins in captivity – it is not in their best interests and they cannot thrive. If Chester is truly non-releasable, then his long-term welfare will be compromised if he is kept in a small concrete tank – that’s just inevitable. Certainly he should not be bred, and he should not have to perform in shows. Both of those outcomes are antithetical to the very foundation of rescue and rehabilitation of injured or sick wildlife.”

If life-long confinement in concrete tanks is not the best solution for Chester and other rescued cetaceans that are deemed non-releasable, then what is?

A number of cetacean biology and welfare experts are now calling for, if not already working on, the development of sea-pen habitats as an alternative to keeping cetaceans in small, concrete tanks. An animal sanctuary model appears to be the most logical and humane way to approach these situations, and a cetacean sanctuary would provide a suitable environment, as a confined segment of natural habitat.

Rose explains, “I believe large sea pens designed with the welfare of the cetaceans in mind (rather than the convenience of the viewing public) are the future for non-releasable stranded cetaceans – once we have some up and running for retirement of former captives, they will always be there for taking in non-releasables.” She goes on to say, “I think even now the only reason non-releasables always go to a dolphinarium, which eventually trains them for performance, is because there is no alternative. I think once there IS a sanctuary (or hopefully two or more) operating, then we can push hard for authorities to send all non-releasables to a sanctuary rather than a dolphinarium, even if long-distance transport is required to get the animal there (after all, long-distance transports are done NOW for non-releasables – stranded cetaceans have been sent from Japan to the US, for example).”

There has recently been some discussion that Vancouver would be an ideal location for a sea pen sanctuary of this kind. If a cetacean sanctuary will help achieve improved welfare and quality of life for non-releasable cetaceans, then surely this should be a priority for aquariums like Vancouver Aquarium. In the instance of Vancouver Aquarium, its $100 million dollar investment on tank expansions might be better spent on pioneering such a refuge.