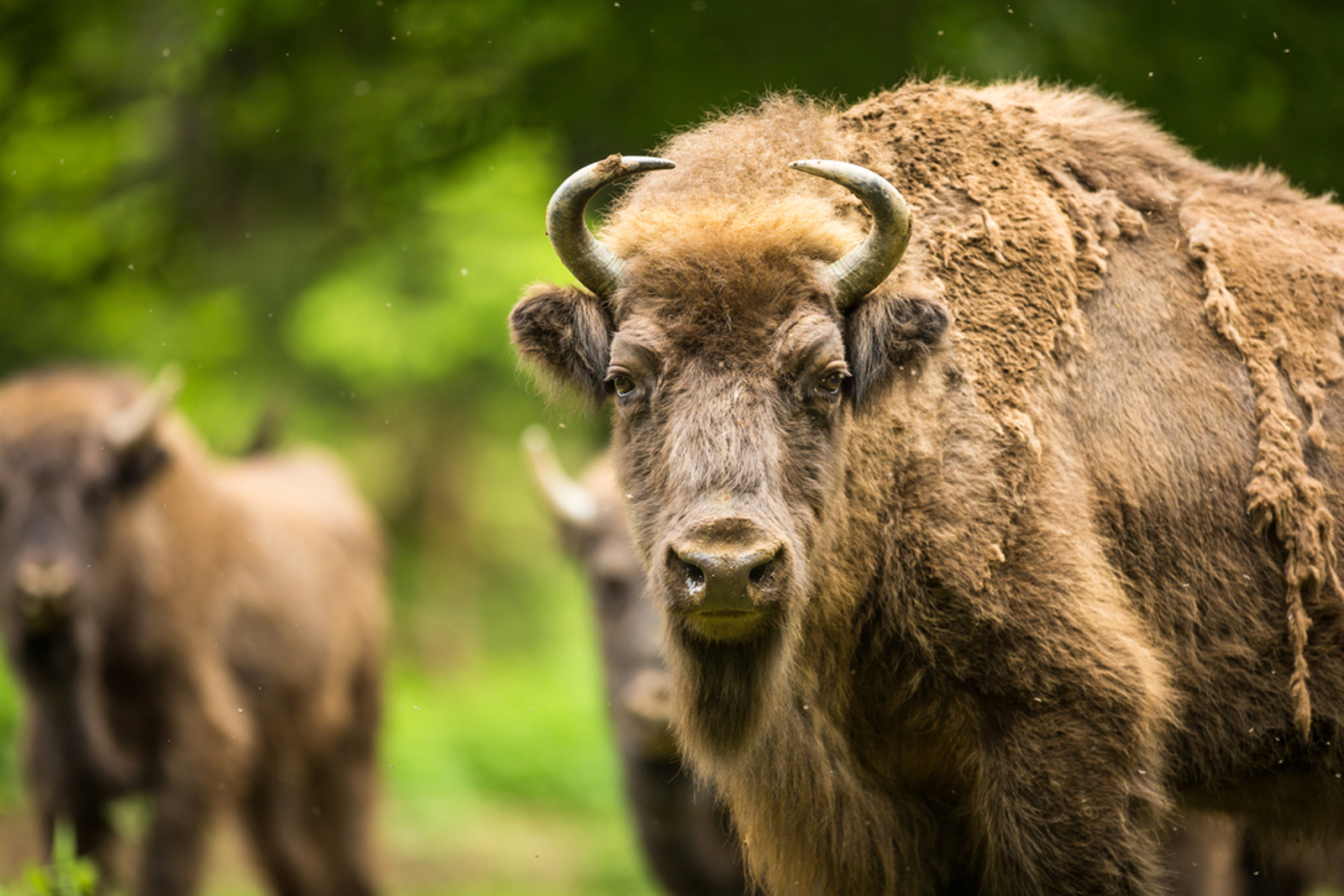 Just over a month ago a severe cold wave and heavy snowstorms hit the Valencia region of Spain, followed by torrential rain and flooding. The Valdeserrillas Nature Reserve, near Valencia, holding European bison, water buffaloes, horses, and donkeys was seriously damaged. Landslides and falling trees destroyed the fences in 47 different places, roads were blocked by trees or washed away due to flooding.

As a result, three European bison, and five water buffalo, have escaped from the reserve and have yet to be found. The authorities are assisting in the search and collection of the animals, but they have not been discovered yet in the large mountain forest around the reserve.

Sadly, one bison died, of pneumonia, before the storm. The remaining four bison are suffering from pneumonia and urgently need treatment with antibiotics. The reserve, however, has no financial means left to take care of the animals.

Bad news never comes alone. Earlier in 2016, reserve staff discovered the headless body of Sauron, the dominant male and leader of the European bison herd. A shocking discovery that unfortunately was repeated with the finding of a second headless bison body the same week.

A spokesman of the reserve told the Spanish press that he believed Sauron had been poisoned before he was beheaded possibly by trophy hunters. A mystery that has not yet been resolved, meaning that all surviving bison still might be in danger.

The current situation is critical: without a functional reserve to tackle problems like these, the animals will not survive. But there is hope: it has been decided to move the remaining bison and other animals to another reserve, 700 km away from all the problems that plague Valdeserrillas.

The first priority now is to find the animals that escaped, provide them with sufficient food and professional veterinary care. Once the animals are fed and regain their health, we will transport them to a new location near the Picos Europa National Park in Northern Spain. Tucked in the highlands, which form a natural amphitheater, an ancient and pristine European wilderness, is waiting for them. They will find sufficient food and water there and will be actively protected by rangers so that they can thrive in the wilderness.

The reserve will function as a breeding station for bison. Currently, only 5,500 of these animals are left in the world so each individual counts and contributes to the survival of the species.

For the animals, it is a critical period and it is a heart-breaking situation for all the caretakers, volunteers, and conservationists involved. However, we know that with your support we will be able to beat the odds stacked against these bison. With your help, we can rescue these poor animals and bring them to a safe reserve in northern Spain, a pristine wilderness where they will find sufficient food and water and are protected by rangers.

To help save these animals and bring them to a save reserve, you can make a donation to True Nature Foundation through the Generosity fundraising campaign that was set up to provide immediate help to these animals.