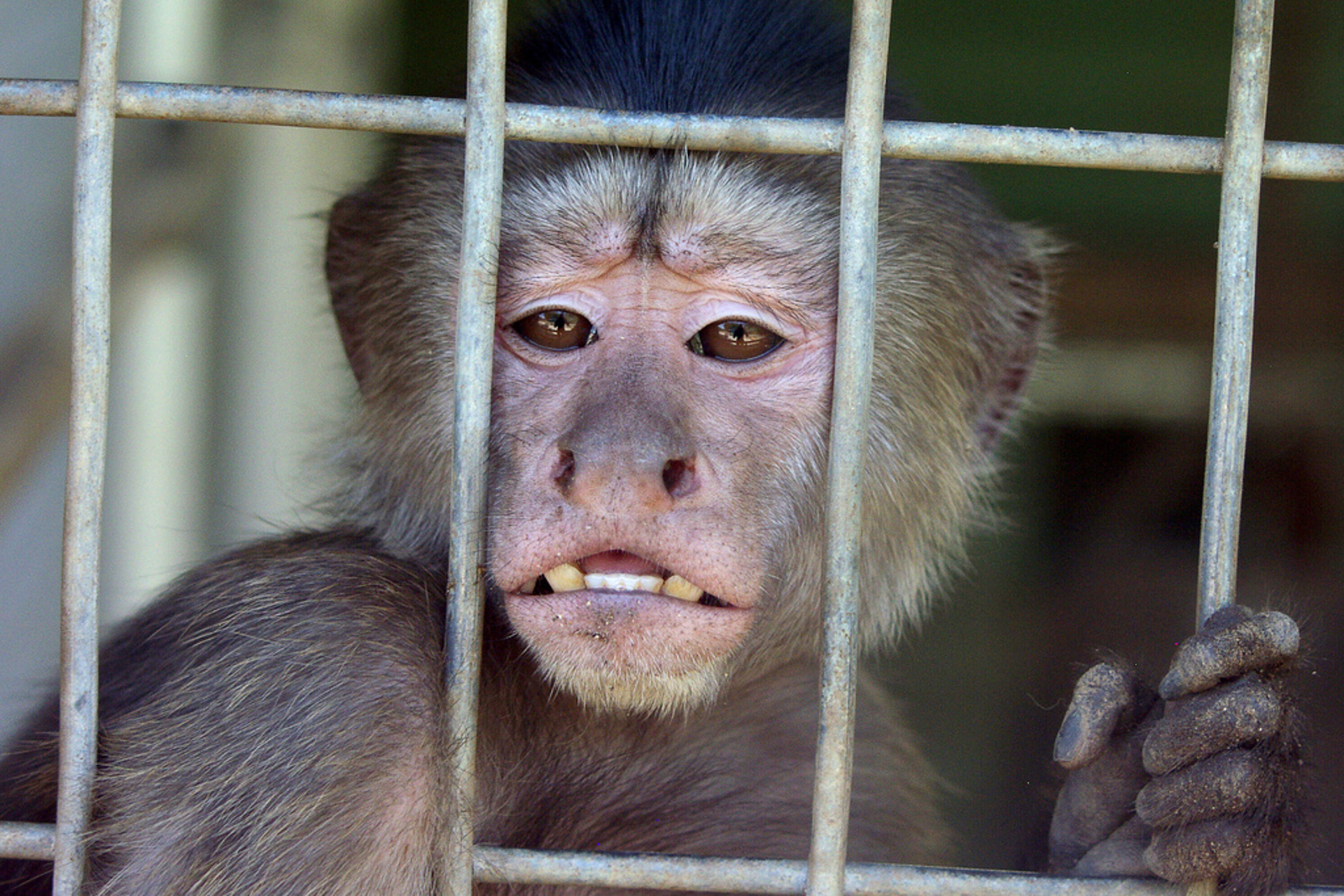 When people hear the words “animal testing” they usually think of cosmetics and shampoo, not institutions of higher learning. After all, shouldn’t these bastions of civility know better? Unfortunately, animals are commonly used in university settings for academic studies, as well as training and supposedly “educating” students. Much of this research is also funded by the federal government, meaning your taxes go toward these experiments.

PETA points out that all institutions receiving federal grants to perform animal experiments have to register with the National Institutes of Health, which at least makes them easy to track down via this online list. Universities that test on animals usually have an Institution Animal Care and Use Committee (IACUC), making it easy to know if they conduct animal tests, although sometimes these committees go by a different name.

Animals are used for a variety of purposes at universities, and snuggling is not one of them. PETA estimates that 20 million animals are used for educational purposes, even though non-animal alternatives exist. These experiments include dissection, electric shock, starvation and psychological tests. Students also use animals to practice surgical techniques and the use of medical devices, particularly in veterinary programs. In addition to harming animals, these experiments can also negatively impact the students by traumatizing or desensitizing them, making experimenting a bad idea for all creatures.

While many universities are guilty of intentional animal cruelty in the name of science, those listed below are especially notable examples and should receive failing grades in animal welfare.

This university was cited in a recent NYT article, “U.S. Research Lab Lets Livestock Suffer in Quest for Profit,” that opened our eyes to the horrors of the U.S. Meat Animal Research Center. The university utilizes the Meat Animal Research Center’s lab as a classroom to teach veterinary students about animal care. You read that correctly. A meat research center as a classroom for animal care.

In fact, the university actually owned all the animals who were subjected to the center’s cruel experimentation until recently. Experiments performed here include attempting to create “easy care” lambs, which is exactly as terrible as it sounds. Lambs were left alone after being abandoned by their mothers until they died in order to create lambs that require less maintenance. Without care from their mothers or researchers, between 30 and 40 percent of the lambs died and the ones who survived would only last a few days. A student who assisted in this experiment was told to, “gather the dead lambs” and ignore the rest.

The United States Department of Agriculture (USDA) cited the University of Oklahoma this January for hosing down infant monkeys with water, leaving them to exposed to hypothermia. They were also issued citations for housing 12 baboons in cages filled with excrement.

As if that wasn’t bad enough, the University was previously cited for electrocuting dogs and administering anesthesia and painkillers incorrectly. In fact, the University has been cited 16 times over two years by the USDA. Not exactly an A+ record. An online petition is currently circulating to shut down the animal testing labs.

The University of Washington also has a USDA citation that reads like a horror novel. It includes a number of incidents when anesthesia was not properly administered to animals during experimental surgical procedures.

The report also details the death of a guinea pig who didn’t receive enough pain medication, post-surgery. A total of 30 rabbits were also not given pain medication following surgery. The staff was also cited for mishandling rabbits and macaques, putting them in danger and possibly resulting in death.

Oregon Health & Science University received a warning in August, 2014 for inadequate veterinary care of the macaque monkeys located at the Oregon National Primate Research Center. The warning resulted from a fight that injured 15 rhesus macaque monkeys and killed six others. Additional problems were found at the facility including faulty anesthesia equipment. It was also discovered that the majority of the monkey population suffered from physical or psychological issues.

5. University of California at Davis

University of California Davis also boasts a citation from the USDA. Their misconduct included carrying out unnecessary surgery on 84 ewes to determine whether or not they were pregnant. This method was chosen over the use of ultrasounds due to cost considerations. Veterinary staff were also forced to wait until they were given the proper authorization to treat animals, leading many to suffer unnecessarily for extended periods of time.

The University of Wisconsin is definitely at the top of the class for cruelty. In July, 2014, the University of Wisconsin restarted controversial maternal deprivation experiments on newborn monkeys. In these experiments, researchers take the infants away from their mothers and lock them in dark rooms, all alone, to study their levels of anxiety and depression. At the end of this one-year study (July 2015), the infants are set to be killed and so that their brains can be analyzed.

This is just one of the experiments being performed on the estimated 2000 primates owned by the University, all of which are approved by their IACUC.

There are many organizations working to petition these schools to put an end to their animal research programs. Unfortunately, since many receive federal funding, putting a stop to this cruelty can be difficult. If you attend one of these universities, or know someone who does, consider contacting the administration to see if there’s any action that can be taken to phase out these programs. There are many new technologies that make the use of live animals unnecessary. Perhaps starting a conversation about this possibility could be the beginning of a much more compassionate future for the university?

It is up to us to give a voice to these animals, so let’s get talking!