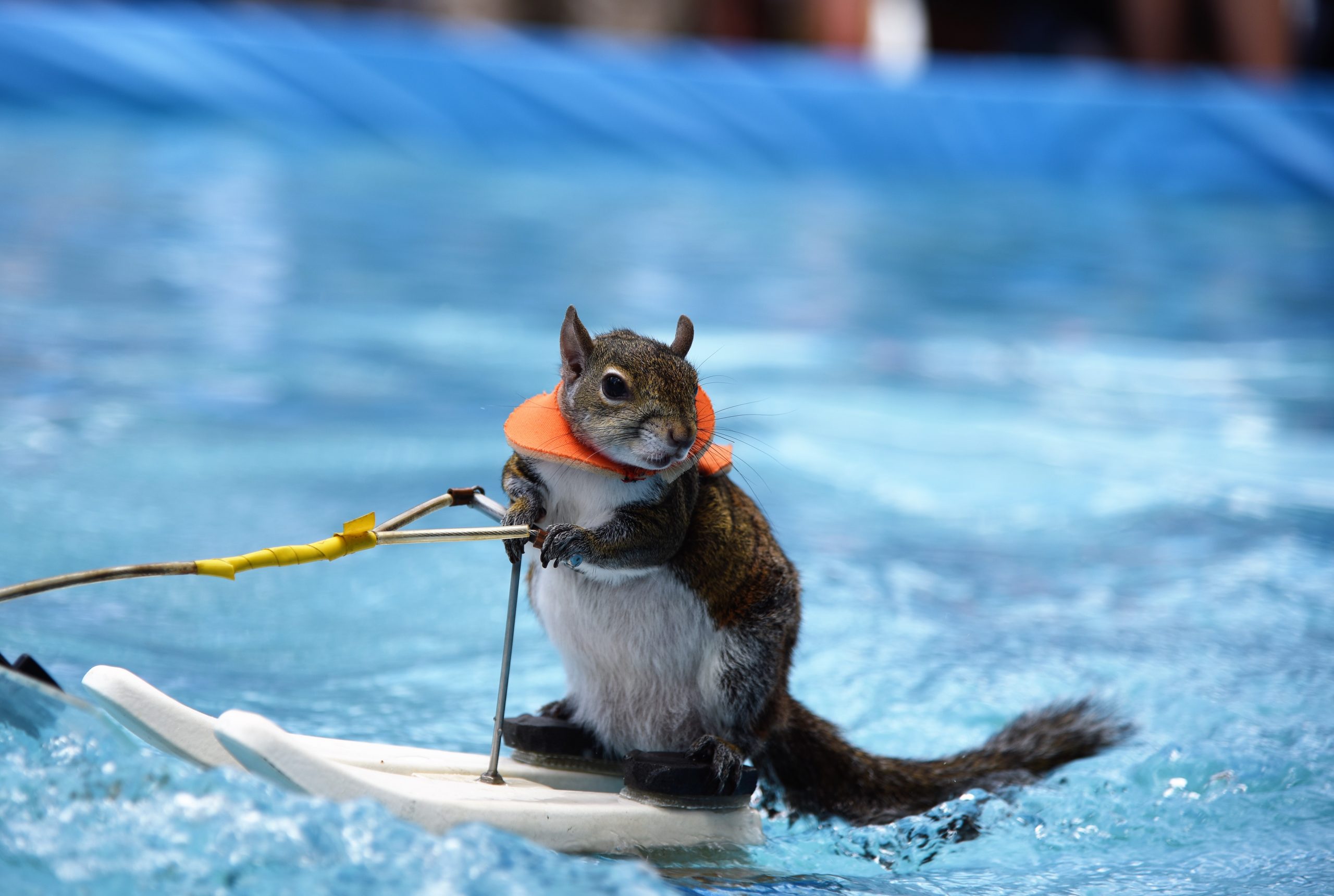 Twiggy, the trained water skiing squirrel who performs at boat shows is no longer welcome in Toronto. According to the Globe and Mail, Toronto’s animal services department told the Toronto International Boat Show that they could not use a grey squirrel kept in captivity.

Twiggy has performed at several boat shows around North America, including the Vancouver International Boat Show. There have been several “Twiggys” that have been trained to waterski by a couple and their son.

Toronto Wildlife Centre was instrumental in getting Twiggy removed from the show. In a post on social media, the organization said, “Using a wild animal in a ridiculous display as a public attraction is archaic and cruel, and very stressful for the animal. If you ever see a wild animal being used in this way, please speak up!”

Nathalie Karvonen, the director of the Toronto Wildlife Centre, told CTV News Toronto, ” We were really horrified by what they were doing … It’s no different than a dancing bear. A squirrel is not an aquatic or a semiaquatic animal. It’s just not what squirrels do, it very stressful and unnatural.”

Show director Linda Waddell said that Twiggy was an important part of teaching the audience about water safety and lifejackets.

Watch this video to learn more: