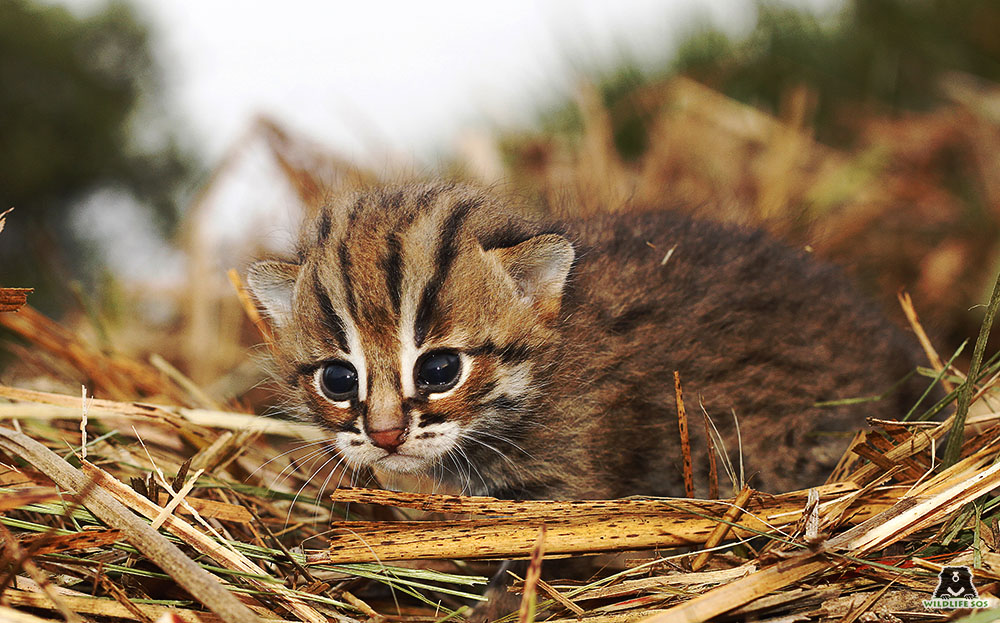 Weighing a mere 2 pounds (almost 300 times smaller than a tiger)—the Rusty-spotted cat is one of the smallest cat species in the world. However, what they lack in size, they make up for in being fierce hunters!

The Rusty-spotted cat (Prionailurus rubiginosus) is endemic to the dry deciduous forests, scrubs, and grasslands of India, Sri Lanka, and Nepal. Their population in India is fragmented as intensive irrigated agriculture has negatively impacted its prime habitat. There is still much to learn about this elusive species but studies confirm that they are nocturnal and are considered terrestrial with arboreal tendencies. Their diet primarily consists of rodents, birds, lizards, frogs, and insects. Due to their size, speed and agility, Rusty-spotted cats are often referred to as the “hummingbird of the cat family.”

They are solitary and mating is usually brief in this species. A litter of one to three kittens is born in a secluded den after a gestation of approximately 67 days and newborns weigh less than an egg. The kittens lack the rusty spotting of the adults and their irises are light blue.

The total population size of the rusty-spotted cat is suspected to be below 10,000 mature individuals and is listed as ‘Near Threatened’ in the IUCN Red List. Common threats to this species include deforestation, cultivation, poaching, hunting, and even are also victims of the illegal pet trade. This species is protected under Schedule I of the Wildlife Protection Act, 1972, granting them the same level of protection as keystone species such as tigers, elephants, rhinos, etc.

The scrub forests of Maharashtra provide a suitable habitat for this rare and elusive species, and their range often overlaps with that of leopards and jungle cats. However, a growing population, expanding farmland, and depleting forests have pushed the margins of human habitations closer to the existing forest areas. This has led to a parallel existence of wild animals in close proximity to the villages and a manifold increase in man-animal conflicts in the area. These cats are also often mistakenly persecuted as Leopard cubs and are hunted for their skins or meat, and killed by feral dogs. 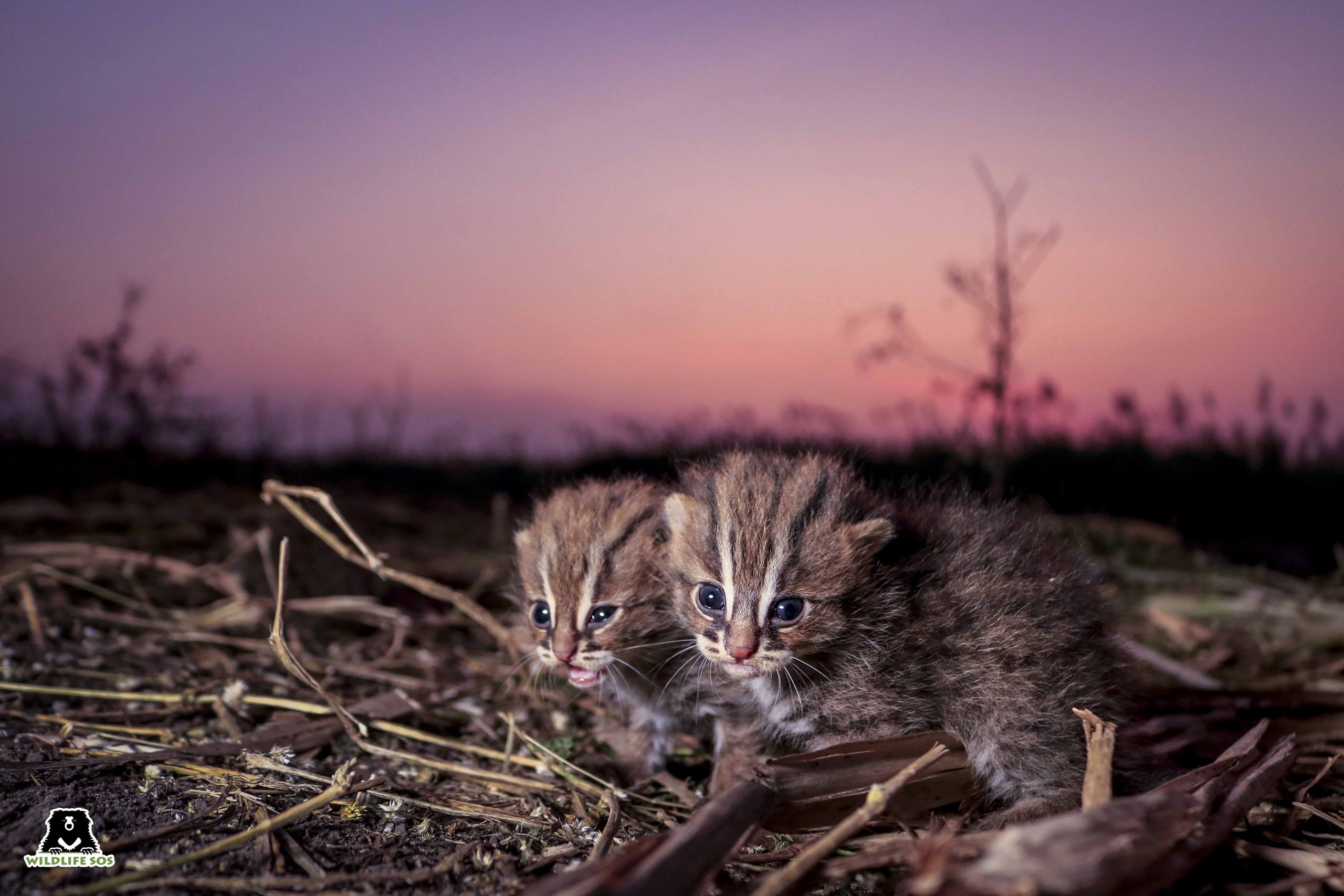 Studies show that Rusty-spotted cats are found in a variety of habitats and are more adaptive to human-dominated landscapes. Some rare sightings have been reported in the forest range of the Junnar division in recent years, indicating that there is a significant population inhabiting the region. Although there are no published records of Rusty-spotted cats in this area before this report, the species has been recorded during camera trap surveys in adjoining areas.

Recently, Wildlife SOS published a report on multiple reunion efforts for Rusty-spotted cats in the Journal of Threatened Taxa (December 2020). According to the report, a total of 26 rusty-spotted kittens were reunited with their mothers in 18 reunion events between 2014 and 2019 by Wildlife SOS and the Maharashtra Forest Department. Their estimated ages ranged between 30 and 60 days and all the reunions occurred within the Junnar forest division in Pune District. 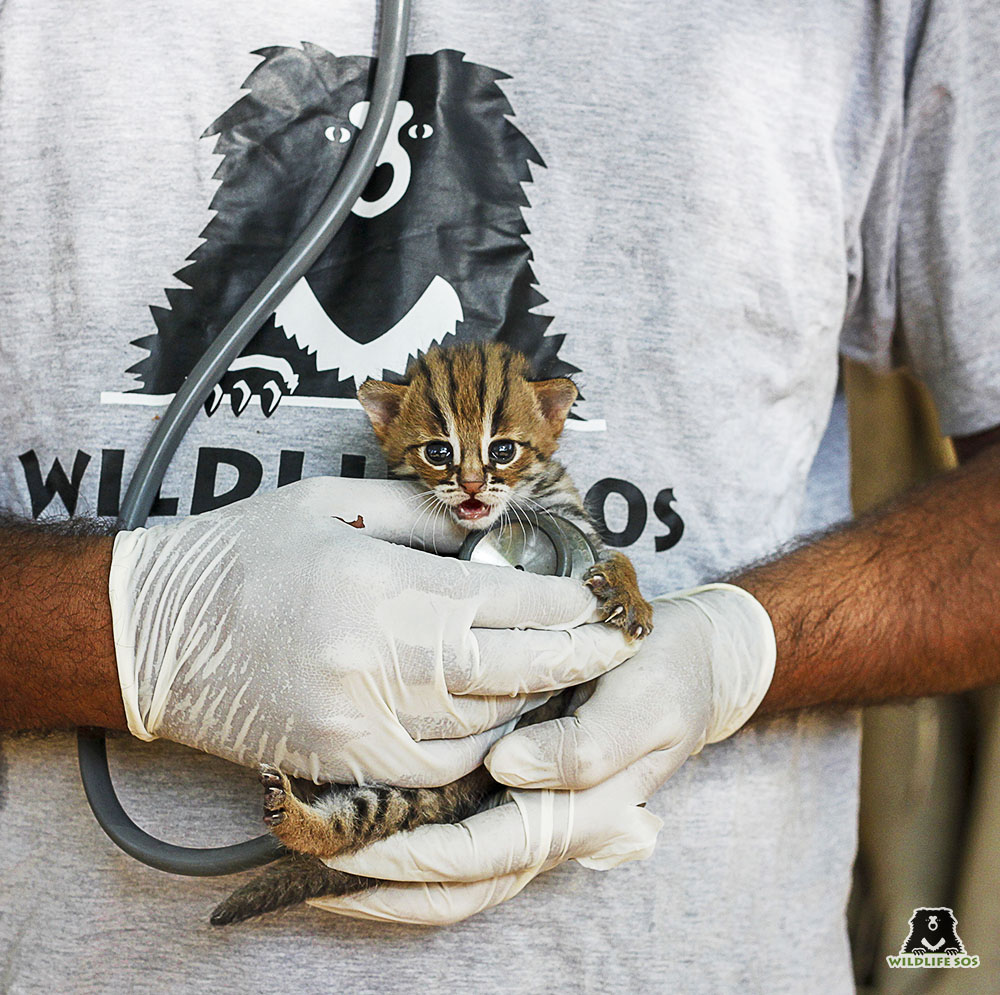 Information on the maternal care and development of Rusty-spotted cats in the wild is lacking but our studies have shown that the kittens were spotted by villagers and farmers in sugarcane fields when the mother had left them for a brief period for hunting and feeding. In each of these events, the rescue team members made efforts to communicate with the villagers and farmers involved and relayed information about the wild cats that shared their territory. The team also requested the villagers not to handle and remove the kittens on their own and that they immediately informed forest department officials about their presence.

The highest number of displaced kittens were found in early summer (April), followed by early winter (October and November) which is the sugarcane harvesting season, indicating that sugarcane fields provide cover for Rusty-spotted cats. All the reunions occurred late evening or night on the same day they were found to minimize the disturbance from human activities, and that the handling of kittens before the reunion was kept at a minimum. We’ve found that minimizing the time of separation between kittens and mothers appears to be an important contributing factor for a successful reunion. Owing to their “Near-Threatened” status, it is crucial for us to safely reunite each of these displaced kittens with their mother so they can survive and thrive in the wild. 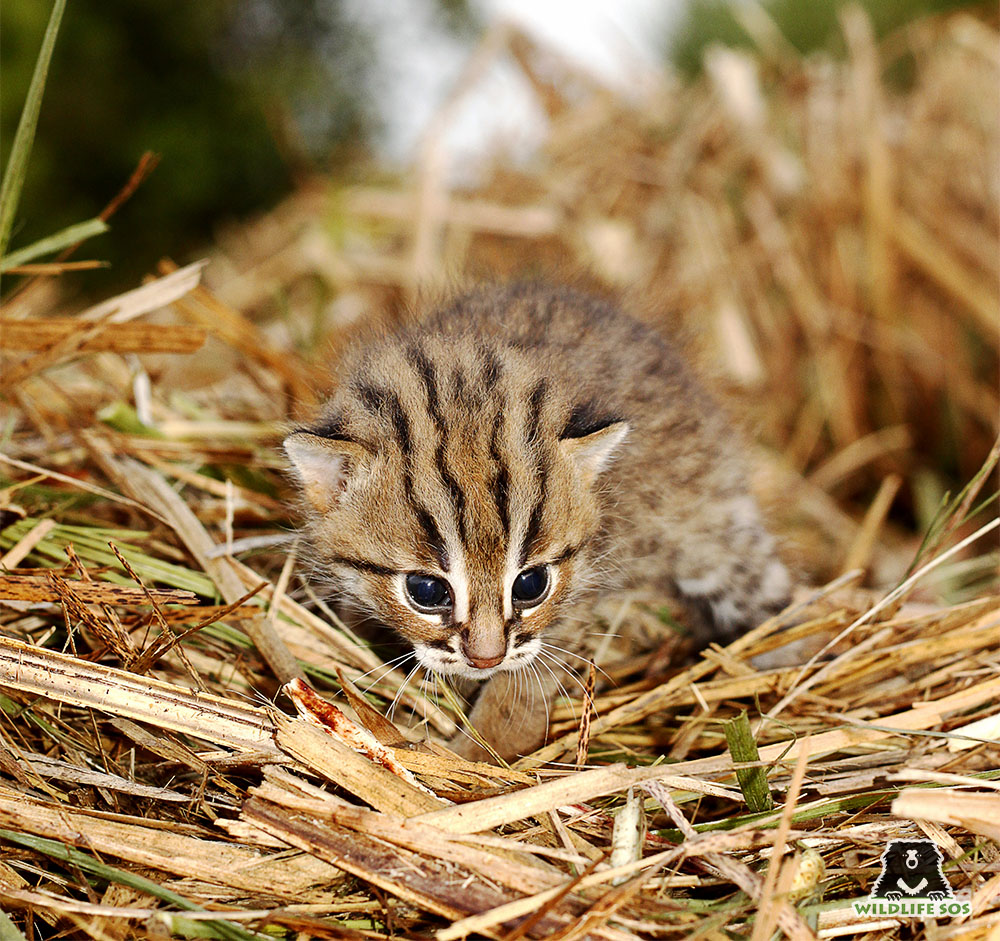 Wildlife SOS has been working actively in the field of leopard conservation since 2007, with the support of the Maharashtra Forest Department. We also conduct regular capacity-building workshops with local communities and Forest Department, and aim to minimize human-wildlife conflict.