Viral Bunny Video Has a Tragic Dark Side: The Truth About Wheelz, the Skateboarding Rabbit 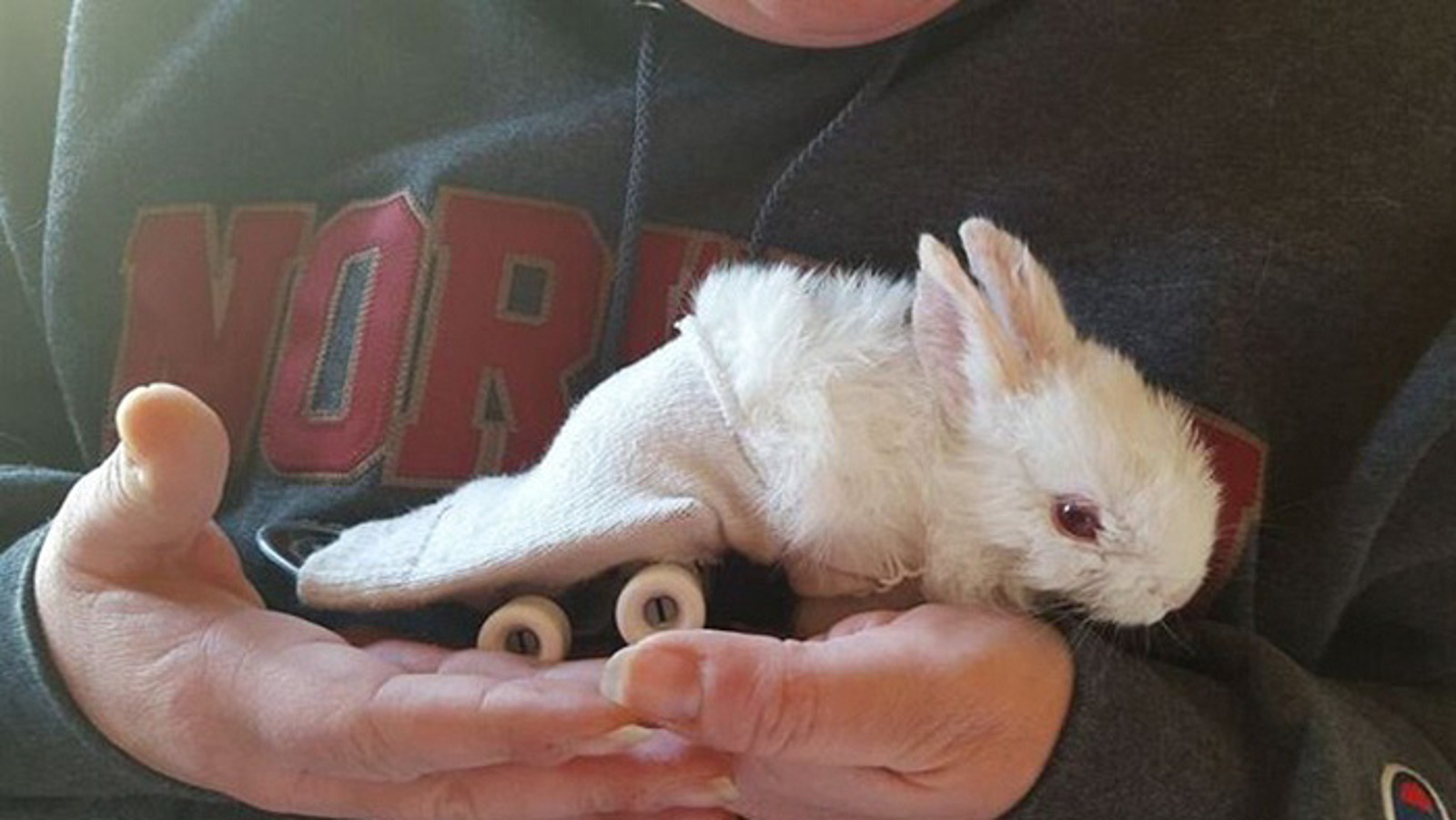 Everyone loves a cute animal video, but one bunny video that gained particular popularity on YouTube and via social media – even national news outlets – over the past couple of months has been the saga of Wheelz, the infant bunny who became paralyzed and was famously given a tiny “wheelchair,” fashioned from a miniature toy skate board.

Wheelz’ caretakers at Overlook Acres Farm, who have painted themselves as champions for small farming, are shown cooing over the minuscule – and undeniably adorable – bunny in their posted videos, and have styled themselves as heroes for this one rabbit. But let’s clarify why Wheelz was being raised on this particular farm in the first place: for meat.

While still obscure compared to chicken or beef, rabbit meat has climbed in popularity over the past few years. Unfortunately, rabbits are not protected under the USDA’s Humane Methods of Slaughter Act, so they can be killed really any way the farmer sees fit: throat slitting, decapitation, or even being crushed to death. 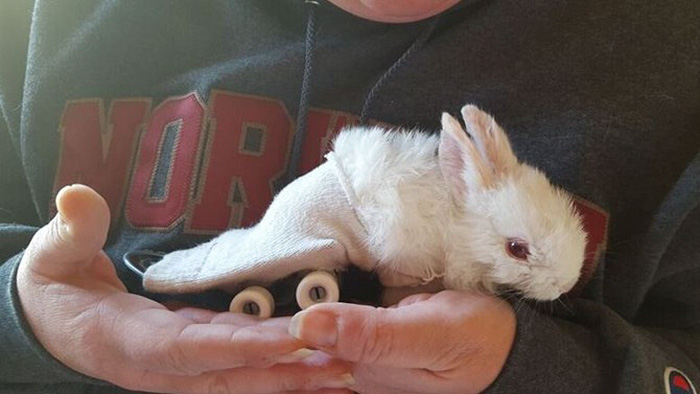 Why Was Wheelz Paralyzed?

One question that remains is why did Wheelz become paralyzed in the first place? Overlook Acres claims the baby rabbit was bitten on the spine by a dominant female rabbit (when overcrowded, rabbits may attack each others’ babies). However, that may not be the whole story; Wheelz was one of many bunnies who were kept in freezing cold temperatures, and was found, according to Overlook Acres themselves, “nearly frozen.” 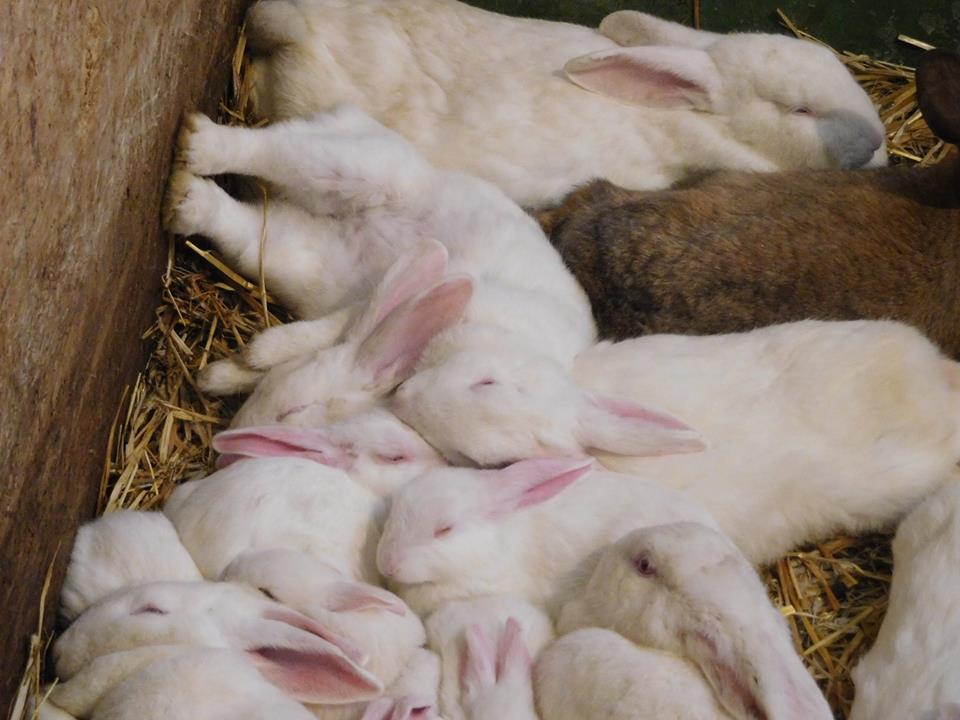 Most breeders do not breed their rabbits in winter for this very reason. Baby rabbits are not able to regulate their own body temperatures, and when a baby is removed from the nest even in 50-degree weather, that baby can suffer and even die. A simple upgrade, such as bringing the babies inside or having a heater in the barn, could have helped the litter.

Overlook Acres claimed this rabbit’s life to be “wonderful,” despite the fact that he had never even been brought to a veterinarian until he was near death. Sadly, Wheelz passed away at just four weeks old. That was his first and last visit to a vet. Overlook Acres consistently ignored the urging of concerned people, who commented on videos and social media posts imploring Wheelz’ keepers to take him for professional help.  Although Overlook Acres did responded to some questions of why he was not taken to the vet in time: “you … must decide when it is absolutely vital to spend money on a vet and if it is even practical.” Instead of seeking real assistance for the defenseless little bunny – they strapped him to a toy so he could scoot around for entertainment.

Due to his viral video, Wheelz has become a poster animal for this farm, and his image is consistently used as a marketing tool to raise money for Overlook Acres to help breed (and slaughter) other animals in their facility. The farmers have created several fundraisers, including a Kickstarter (for an illustrated children’s book about Wheelz) and a GoFundMe campaign, which would contribute to the “harvest” of other rabbits. Even more grim are the contribution prizes, which include a $15 prize to pick out any rabbit at their farm and kill it yourself, and a $20 prize to learn how to kill a rabbit from an expert on the farm. Not quite the family fun a children’s book would be behind. Here, we must echo the plea of many rabbit welfare groups: please DO NOT DONATE to Overlook Farm’s fundraisers.

What About the Others?

Now that Wheelz has left his suffering body, we have to wonder: What about his brothers and sisters? What about all the other rabbits raised for slaughter on Overlook Acres? T

The people of Overlook Acres claimed to have loved Wheelz, but they didn’t care enough to take him to the vet or make sure he wasn’t in pain. Instead, his memory is now being used as a cash cow. As social media consumers, we should always give consideration to the source of seemingly innocent animal videos and keep in mind the source of these materials.