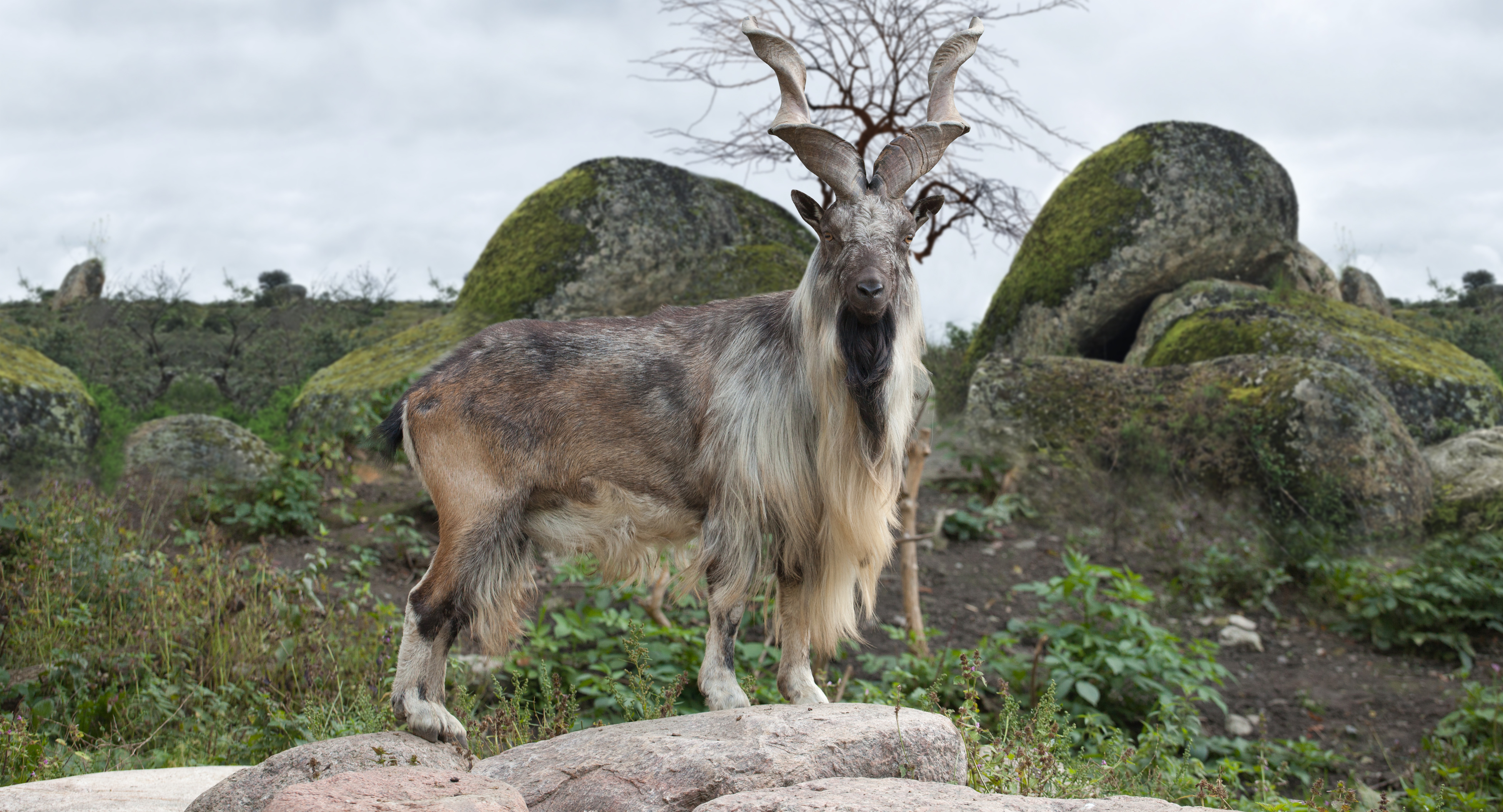 Preying on an animal to kill them and keep a part of them as a souvenir is simply horrifying. There is no reasonable or logical explanation for trophy hunting. It is not conservation! Trophy hunting drastically affects the population of animals, especially when the animal’s species is already declining, as is the case for the rare Markhor goat.

The population of the Astore Markhor, the national animal of Pakistan, has been declining in recent years due to “deforestation, military activities, and unregulated trophy hunting.” And yet, trophy hunters like Bryan Kinsel Harlan are paying obscene amounts of money to travel there and kill them. He paid $110,000 recently to kill a beautiful Astore Mankhor goat. About the hunt, he says, “I’ve hunted nearly every animal in Pakistan. This is my third time. I saved the Markhor for last.”

Marlan, like other hunters, falsely says he trophy hunts in the name of conservation, but hunters are the reason the Markhor goat is endangered. The permit fees to kill them are insanely high, and because of this, people like Harlan believe they are doing something good by paying a lot of money to hunt and kill them.

Pakistani Journalist, Omar Quraishi tweeted, “A couple of years ago an American hunter paid lots of dollars to hunt a markhor – this month again 2 hunters (one American & another Swiss) have arrived in Chitral to hunt this beautiful animal – what a complete shame that we facilitate this slaughter.” And another person tweeted, “Bryan Harlan paid $110,000 to stalk and kill a markhor goat, the national animal of Pakistan. There are only 5700 of them on the planet! F this guy.”

Harlan says, “It was an easy and close shot. I am pleased to take this trophy.” He is pleased with himself as can be seen in the photo above where he poses with the dead, beautiful goat. We can’t imagine how it can possibly be pleasing to kill an innocent, endangered creature.

To understand more about the horrors of trophy hunting, check out 5 Reasons Trophy Hunting is not Conservation, 5 Ways You Can Help Stop the Unnecessary Slaughter of Lions and Other Animals, and The Unnamed Victims of Poaching and Trophy Hunting.