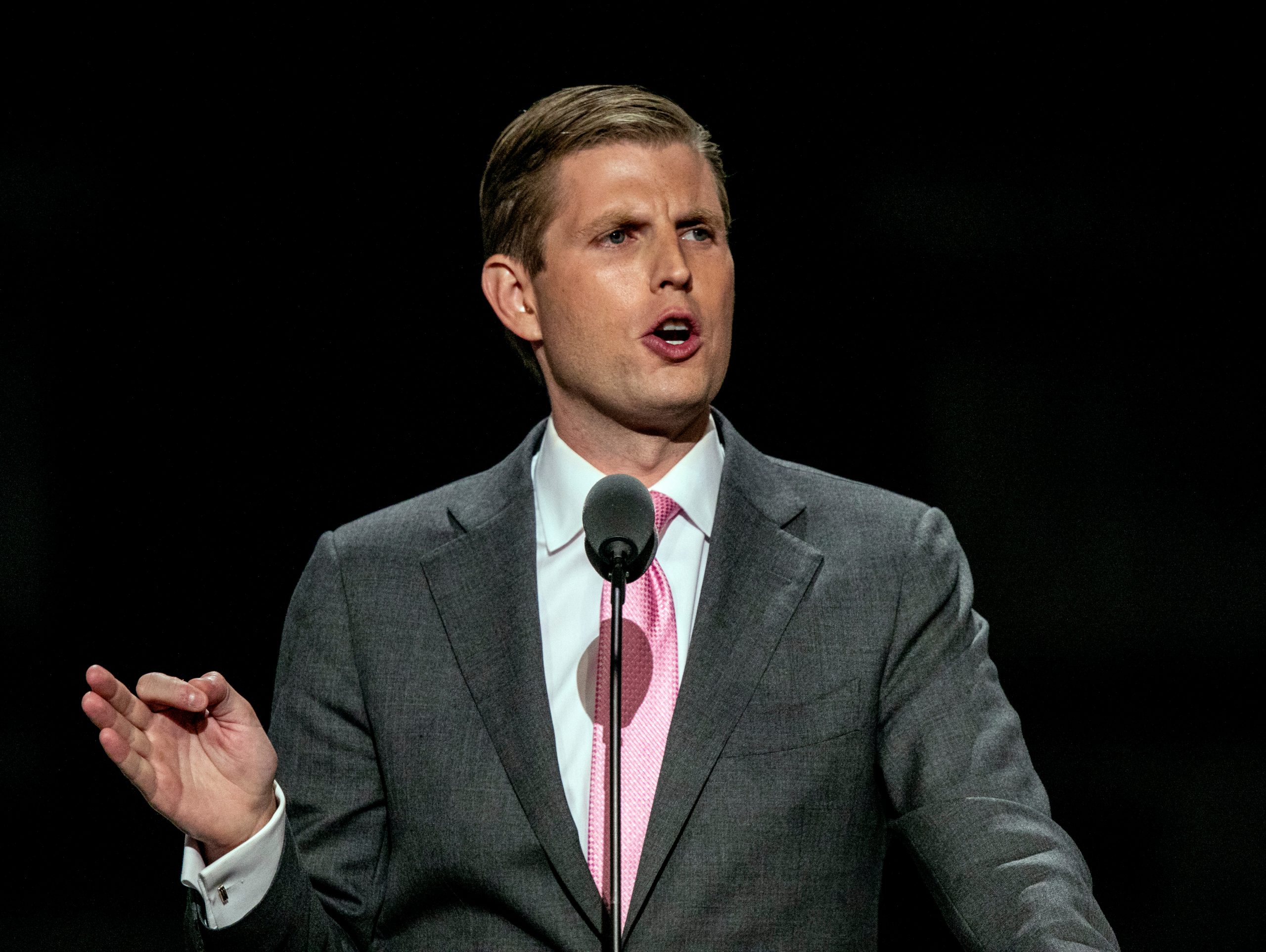 President Trump’s son, Eric Trump, shared photos of his adopted a dog alongside the hashtag #AdoptDontShop. In an Instagram post and video, Trump shared his puppy, Ben.

Trump’s caption read, “This is proof of what unconditional love can do — the video is Ben today, part of our family, feeling loved and so happy every single day. The pictures were Ben before he came to us. He was abused, forgotten and thrown in a shelter to die. We could have never guessed the love and joy Ben would bring to our family those 4 short years ago, and we wouldn’t trade him for the world. #AdoptDontShop#RescueDogsRock”

According to the Daily Mail, Eric and his wife Lara Trump fostered Ben before adopting him. Ben was in the City of San Antonio Animal Care Services in April 2016 and was so sick he was under veterinary care for a month. Ben was covered in mange and his fur was gone. Ben was transferred to Rescue Dogs Rock NYC and was then adopted by the Trumps.

Both Eric and his brother, Donald Jr., have been criticized by animal rights activists for their participation in trophy hunting, which raises ethical concerns around how is it okay to kill one animal and while saving the other?

We encourage everyone seeking a pet to adopt, not shop! Read more resources about adopting animals on One Green Planet, including 7 Reasons to Adopt Your Next Furry Best Friend, 5 Reasons Why Everyone Should Adopt a Pet, and These Heartwarming Before and After Pictures of Adopted Rescue Animals Will Make Your Day! Read tips for pet adoptions and what to consider before adopting an animal. We recommend using these apps to find shelter dogs near you!