3 Stories of Rescued Pigs That Will Make You Squeal With Joy! 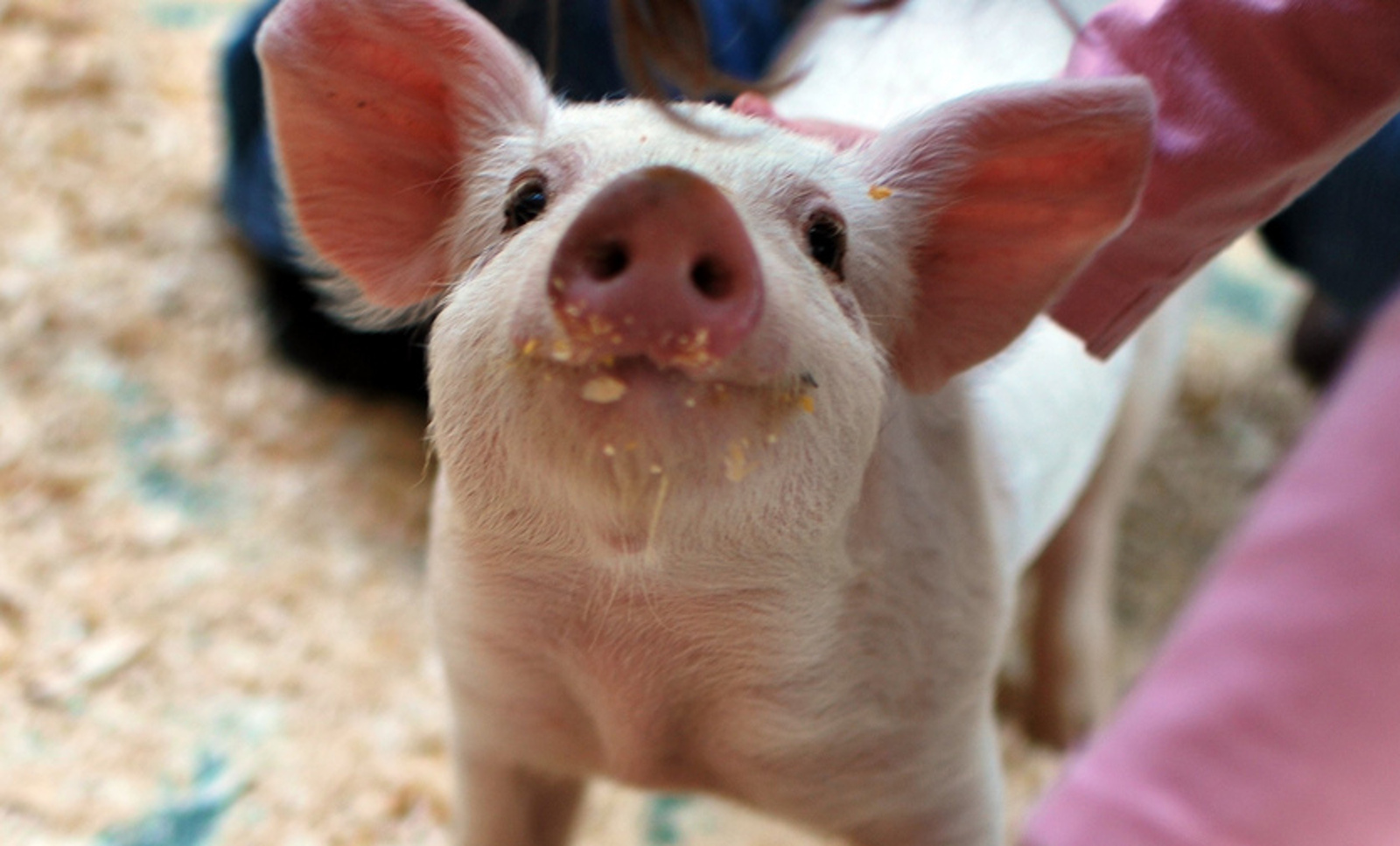 Oink, oink! What comes to your mind when you think of a pig? Do memories of Piglet from Pooh float by? The Muppet’s Little Miss Piggy and her big amount of sass? For me, it’s a much older story – the famous nursery rhyme about the three little pigs trying to protect themselves from a big evil. In the story, the three pigs are protecting themselves from a big bad wolf, but in real life, wolves aren’t the evil. The evil is factory farming and other unnatural harms that have been forced upon sweet and innocent pigs. Every year, 100 million pigs are “raised” on factory farms. Despite a pig’s ability to constantly communicate with others, in their own language of squeals and oinks – there are no joyful sounds in these situations, only fearful cries.

Factory farmed pigs live in tiny crates during their shortened lives, normally with little to no sunlight. In normal and non-abusive conditions, pigs like to sprawl out in dirt and straw. But in factory farms, the crates are often too small to even turn around in. They live in filthy and gruesome conditions, not able to nuzzle next to mates, but rather turn to stress-induced cannibalism or tail-biting. This behavior has resulted in the normalized practice of cutting pigs tails off when they are young and/or breaking part of their teeth off. In the wild, they roam all day and don’t wean their young until they are a month or two months old. In factory farms, babies are taken from their mothers sometimes as short as 10 days after birth.

It is hard to not get choked up when visualizing the terrible conditions so many creatures are forced into. Thankfully, there is hope! (Isn’t there always, somewhere?) Not all animals have to stay in these conditions. Below are three examples of hundreds of stories of pigs that have been saved from these awful conditions and given a second chance.

This lovely lady was rescued from a factory farm right in time to give birth. The organization, Farm Sanctuary, found out about her ill-treatment and was given the opportunity to save her from her conditions; conditions that included cramped crates, brutal kicking and beatings, and an electric cattle prod. She was rushed to the hospital and only eight hours after arrival, delivered 16 premature baby piglets. Julia is now learning to trust and love again as a new mother. She’s sweet, “angelic” and no boar! You can make a donation to help Farm Sanctuary keep up its incredible work here.

Jangles is a pig who helped provide hands on experience to future veterinarians at Cornell University. At the conclusion of their program, Jangles and the other pigs, were going to be sent to auction. The heart-broken students wouldn’t allow so they bid on the pigs and helped find them a home at Catskill Animal Sanctuary. Nowadays Jangles can be found hanging out by the barn, swimming and napping in the shade. Oink ya glad for happy endings? 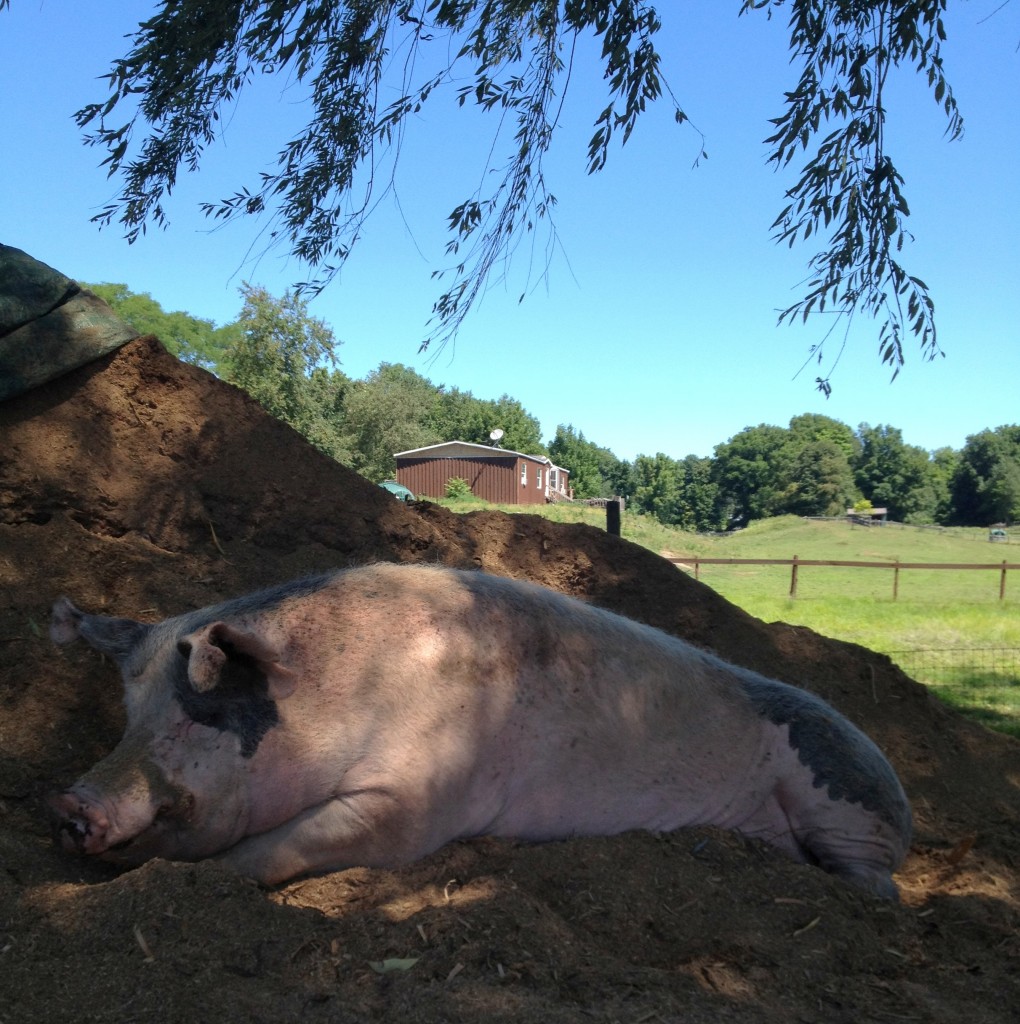 Stella is a hog living at Rooterville, an animal sanctuary in Florida. Stella is assumed to be a factory farm animal that fell out of a truck and was smart enough to wander into the driveway of a very kind family. The family took care of her and then gave her to Rooterville to give her proper care. Stella has no tail, a common trait in factory farms, as they are brutally cut off to prevent tail biting and consequent spreading of diseases. She is an amazing animal who is affectionate and joyful despite permanent damage she suffers from her early injuries (e.g. paralysis on side of her face – presumed to be from her fall). She is now going on nine years old, a true miracle considering most sows in factory farms will only live three to five years. Help keep her squealing with joy here! 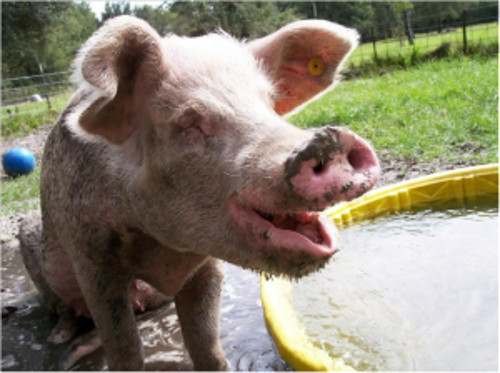 So What Can You Do?

It is sometimes easy to forget that pigs have personality, friends, and conversations that likely encompass both. But these stories are just a few from a collection of pigs who have survived after life in a factory farm, or one of it’s scary relatives – like animal testing, abuse or abandonment.

Luckily, there are many ways you can help improve life for pigs:

There is so much that can be done to help pigs! And there is no need to wait for them to fly to do so. Good luck out there!