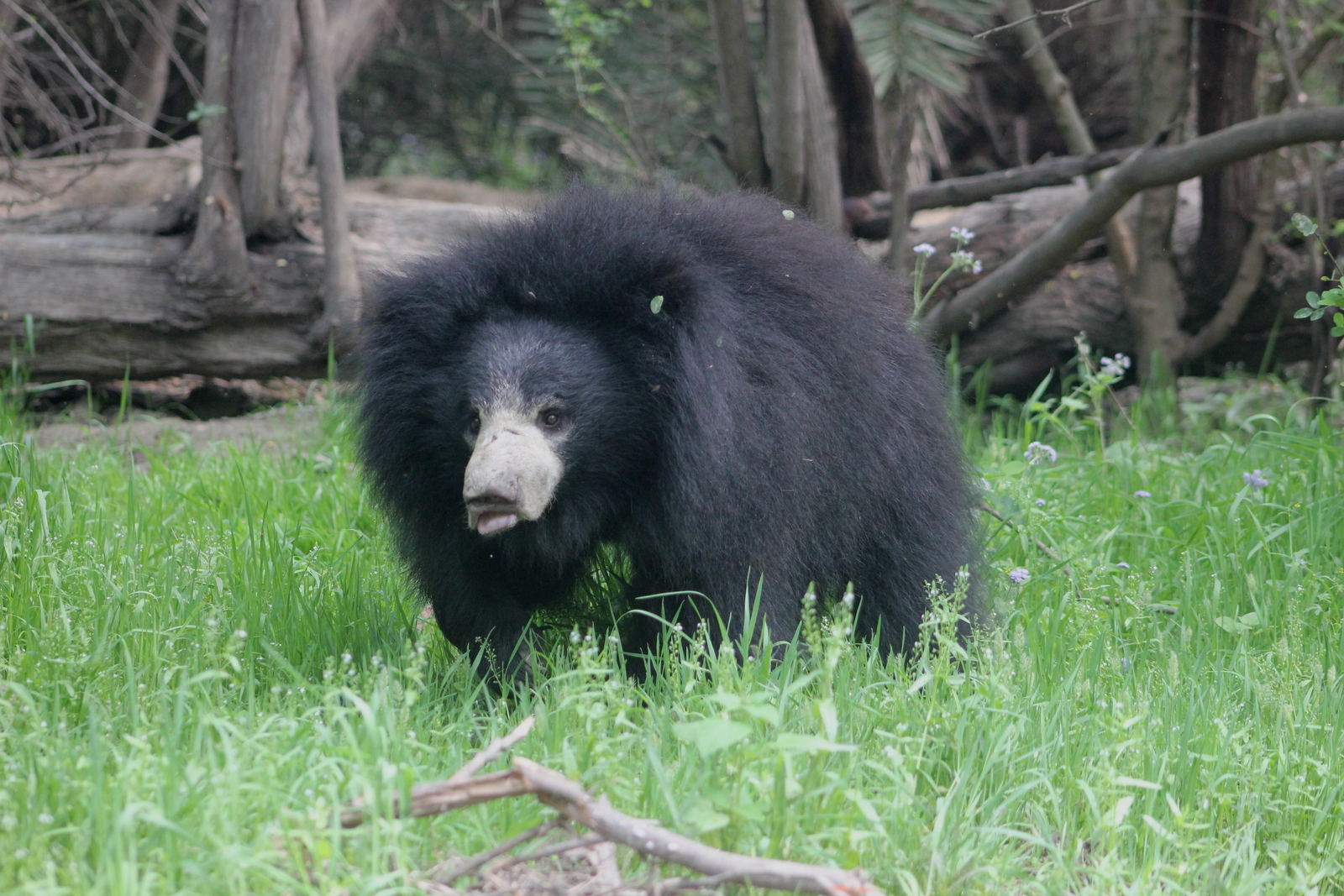 Three former “dancing bears” had more to worry about than Goldilocks eating their porridge. They each suffered immensely at the hands for human profit. Each of the young bears was captured from the wild and pierced with a hot needle through their muzzle, where a coarse rope was threaded through their raw wound. They were forced to perform and “dance” at the will of their human captors, only to learn the agonizing pain they would feel if they didn’t comply.

On a trip from Nepal back to their homeland of India, their human captors — also known as “Nats,” a group of street performers — were stopped at the border. Luckily, the three bears were discovered “in a joint rescue operation by Indian charity Wildlife SOS and the local police and forest department.” 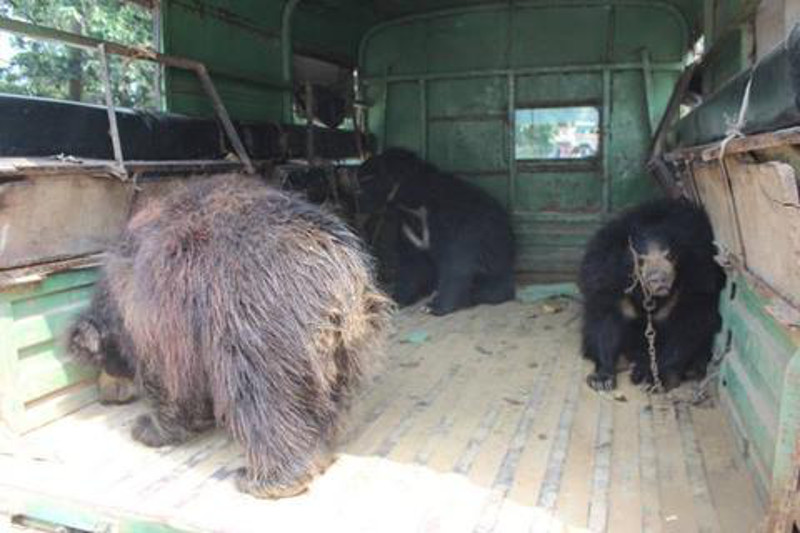 Forestwatch!, the Wildlife SOS unit responsible for the rescue, notified authorities when they received word that the bear poachers were hiding out in the forests in Giridih District of Jharkhand.

The massive operation consisted of “a convoy of six vehicles, 20 police officers, 15 forest officers and Wildlife SOS personnel,” but with the efforts of Wildlife SOS and India’s authorities, three sloth bears were rescued: Bintha, Bean, and Bobby.

Here’s Bintha, the youngest and only female in the group, shortly after her rescue. She still has the short “rope of torture” attached to her muzzle: 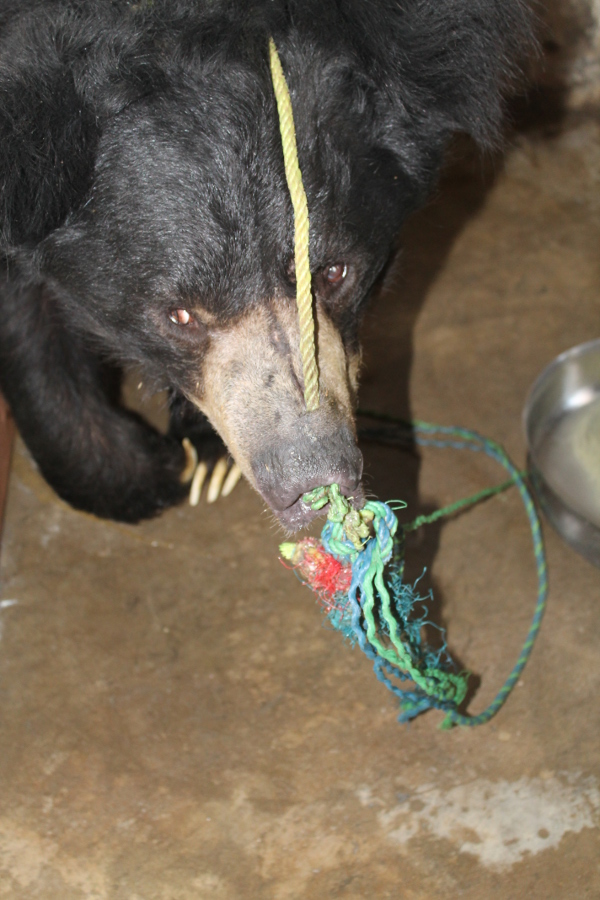 Here’s Bobby, shortly after his rope removal. He doesn’t realize yet, but his life as a “dancing bear” is no more. He’s about to live a new life — filled with love, peace, and freedom. 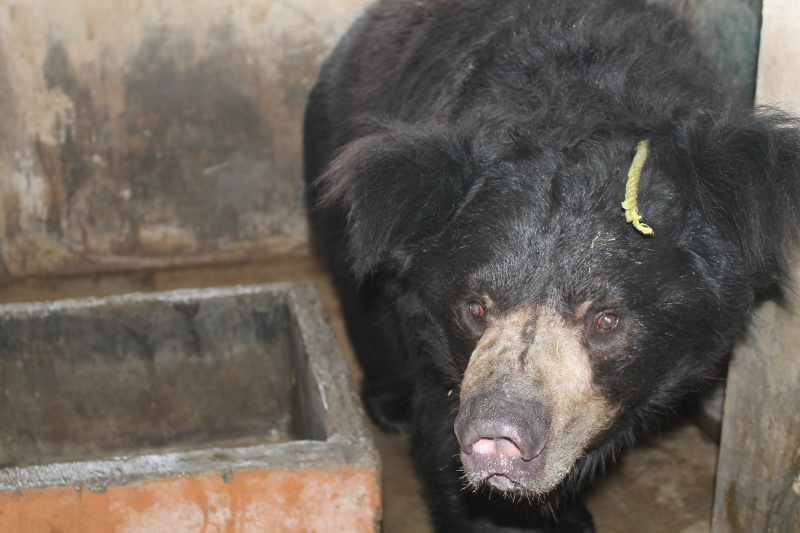 The bears were taken to Agra Bear Sanctuary, a sanctuary financially supported by International Animal Rescue, where they could be free from the tortures they faced in their early years of life. 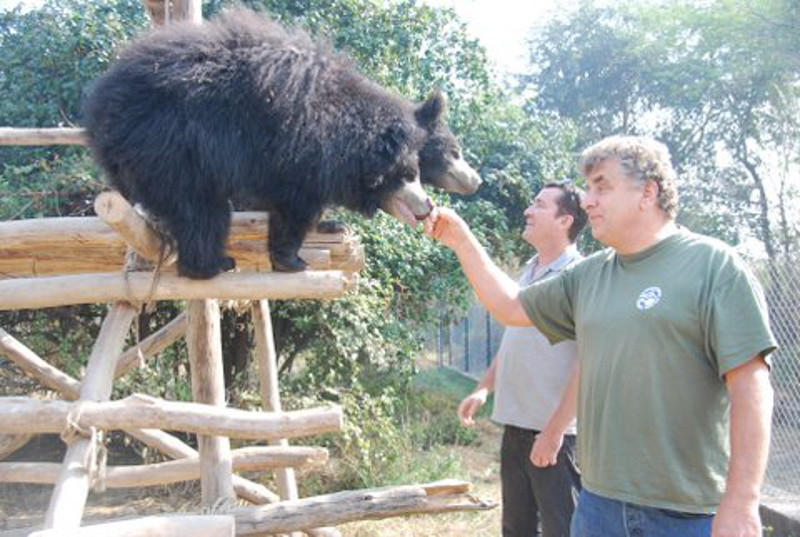 “Each individual rescue we carry out is a cause for great celebration and the rescue of ‘the three bears’ was no exception,” Lis Key of International Animal Rescue tells OGP. “It is so incredibly rewarding to take an animal out of a ghastly situation and watch it gradually recover both physically and mentally. Once they were out of quarantine, it wasn’t long before the bears started to recover their zest for life.” 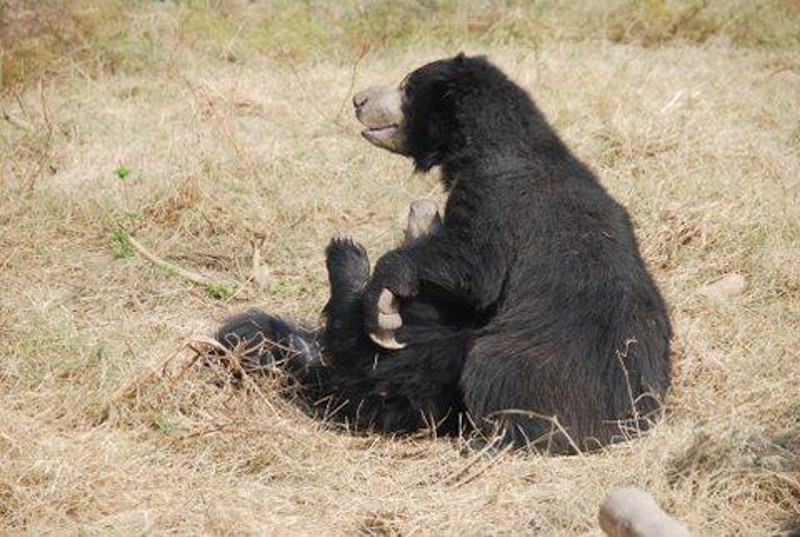 For updates on Bintha, Bean, and Bobby, click here. If you would like to help these three bears and other rescues please consider making a contribution here.