Thousands of Sea Turtles Simultaneously Lay Eggs at a Sanctuary in Costa Rica! 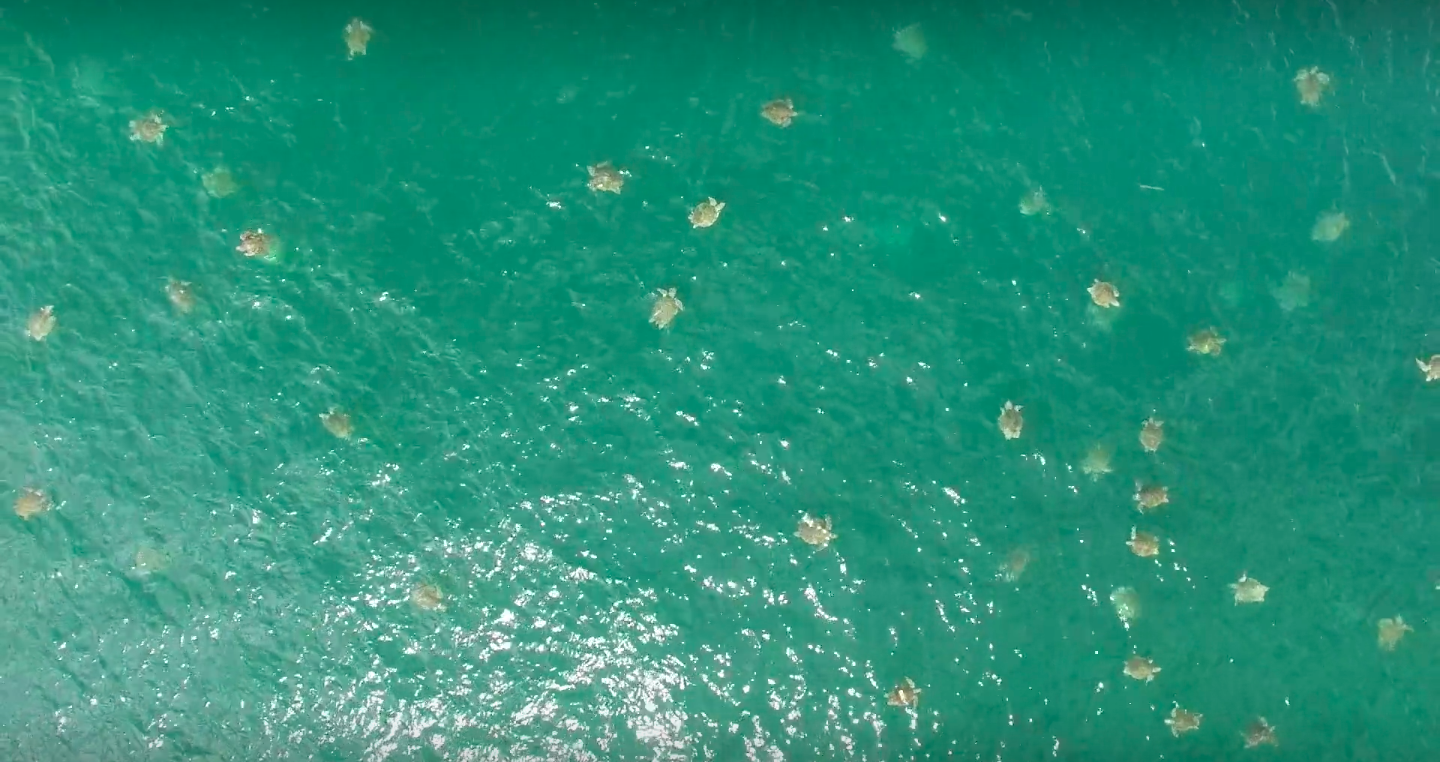 Sea turtles are badly affected by human activities such as habitat destruction, plastic pollution, and poaching. They are slaughtered by humans around the world for their meat, eggs, shells, and skin. Fishing gear, like other plastic objects, left in the ocean also cause entanglement and death. Then there are also the cruel people who harm them for pleasure, like the poor baby sea turtles that were recently found burned to death. Almost all sea turtle species are endangered.

There is one place where sea turtles feel safe – the Ostional National Wildlife Refuge in Costa Rica. Every month, thousands of sea turtles flock there to simultaneously lay their eggs. Sea turtles are especially vulnerable as hatchlings, so the mothers try to give their offspring the best chance of survival by laying their eggs all at once. The video below, captured in 2016, shows the incredible footage of the greatest density of sea turtles ever recorded.

Unfortunately, even at this beautiful wildlife refuge, the turtles are threatened. According to Nosara Sustainability, the influx of tourists harms the turtles. They interrupt hatchings and flood the beach to take selfies with the turtles. Following a petition demanding more protection for the sea turtles, there was some temporary action taken (most beach entrances were shut down), but it’s not clear if the same situation is occurring and the sea turtles are being affected by the tourists as they were before.

Either way, you can help sea turtles by supporting organizations like Nosara Sustainability that are working to conserve sea turtles, signing this petition to ask that the sale of turtle eggs be banned in Costa Rica, and being a more conscious tourist. Please do not endanger animals, especially ones whose survival is already threatened, for a vacation selfie. To learn more, check out How Social Media is Impacting Endangered Species.