Thirty-Two Horses Starved to Death in Australia by Careless Owner 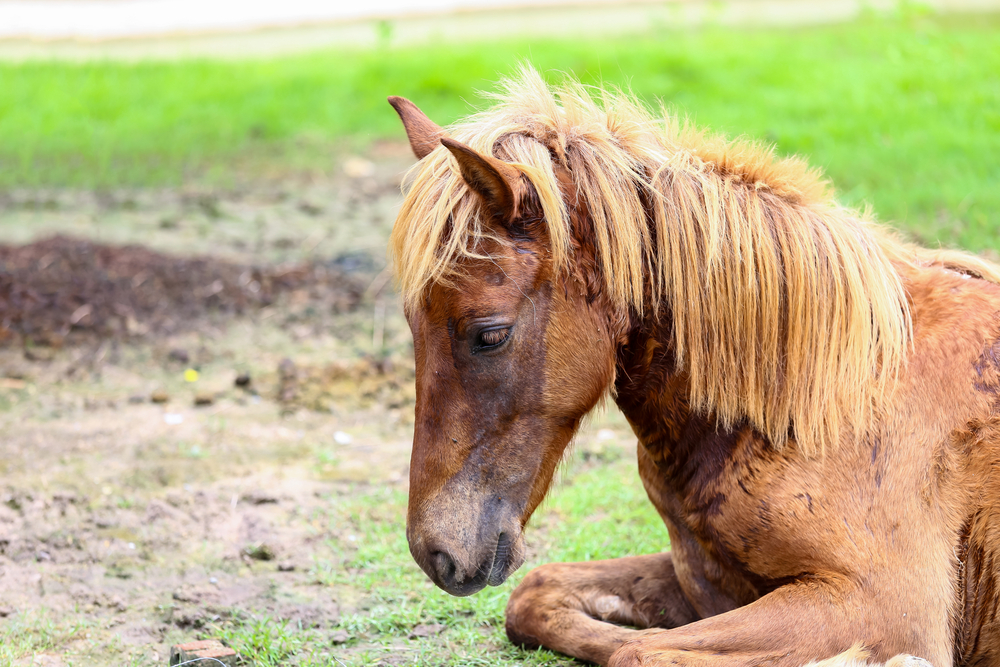 Earlier this month, a resident came across starving, malnourished horses on property west of Toowoomba in Australia. The concerned citizen reported the situation to the RSPCA, the Department of Primary Industries, the Toowoomba Regional Council and the Queensland Racing Integrity Commission (QRIC). Since then, the only people really trying to help the horses have been Australian Farm Animal Rescue Matters (AFARM) and concerned people who have been paying for supplies for the horses with their own money.

The QRIC took a long time to visit the horses and investigate and RSPCA says they cannot get involved because it is jurisdiction of the Department of Agriculture and Fisheries (DAF). Marjorie Pagani, founder of AFARM, says: “Sadly nothing has happened except their continued starvation.” She’s the one who alerted DAF and they took five days to send inspectors. In that time period, five more horses died.

The worst part of the entire situation is that the owner of the horses doesn’t seem to care at all. He says: “They got in that condition because I was away [for work]. They went downhill in an awful hurry.” He also says he took 20 bales of hay to them on Christmas day and said “The horses are being attended to … on a feeding regime.” But the horses have been so starved, they’ve been eating bark off the trees. Thirty-two horses have died and there are only eight remaining horses in terrible conditions.

According to AFARM’s Facebook page, this property was the subject of the same complaint two years ago, and there were 50 horses affected then.

Seven of the horses were former racehorses, although the owner does not have a horse racing license. Recently, ABC — the same news site that reported this story — exposed the racing industry in Australia for sending horses to abattoirs where they were abused and brutally killed to be used in dog food. Seeing the condition these horses on the property ended up in backs up the other evidence that when horses are no longer exploited for the racing industry, they are sent off to live out their lives in misery and suffering.

AFARM says they’ve been keeping surveillance of the property and the horses are not being fed. According to chief biosecurity officer Malcolm Letts, the owners of the horses have been given instructions to follow to bring the horses back to health with a feeding regime. If they do not follow the directives, they will be prosecuted. However, with the horrible treatment the horses received and the shocking carelessness of the owners, the horses should have been taken from their care.

AFARM insists that people write to the Minister for Agriculture and the Premier. They had foster carers ready on standby to care for the animals as they should be taken care of. You can help AFARM’s mission by donating to their fundraiser. And sign this petition calling for an end to horse racing in Australia which is often the reason horses end up in such terrible conditions or being sent to their deaths.