These Adorable Orphaned Baby Sloths Don’t Have Moms, so They Cling Onto Stuffed Animals 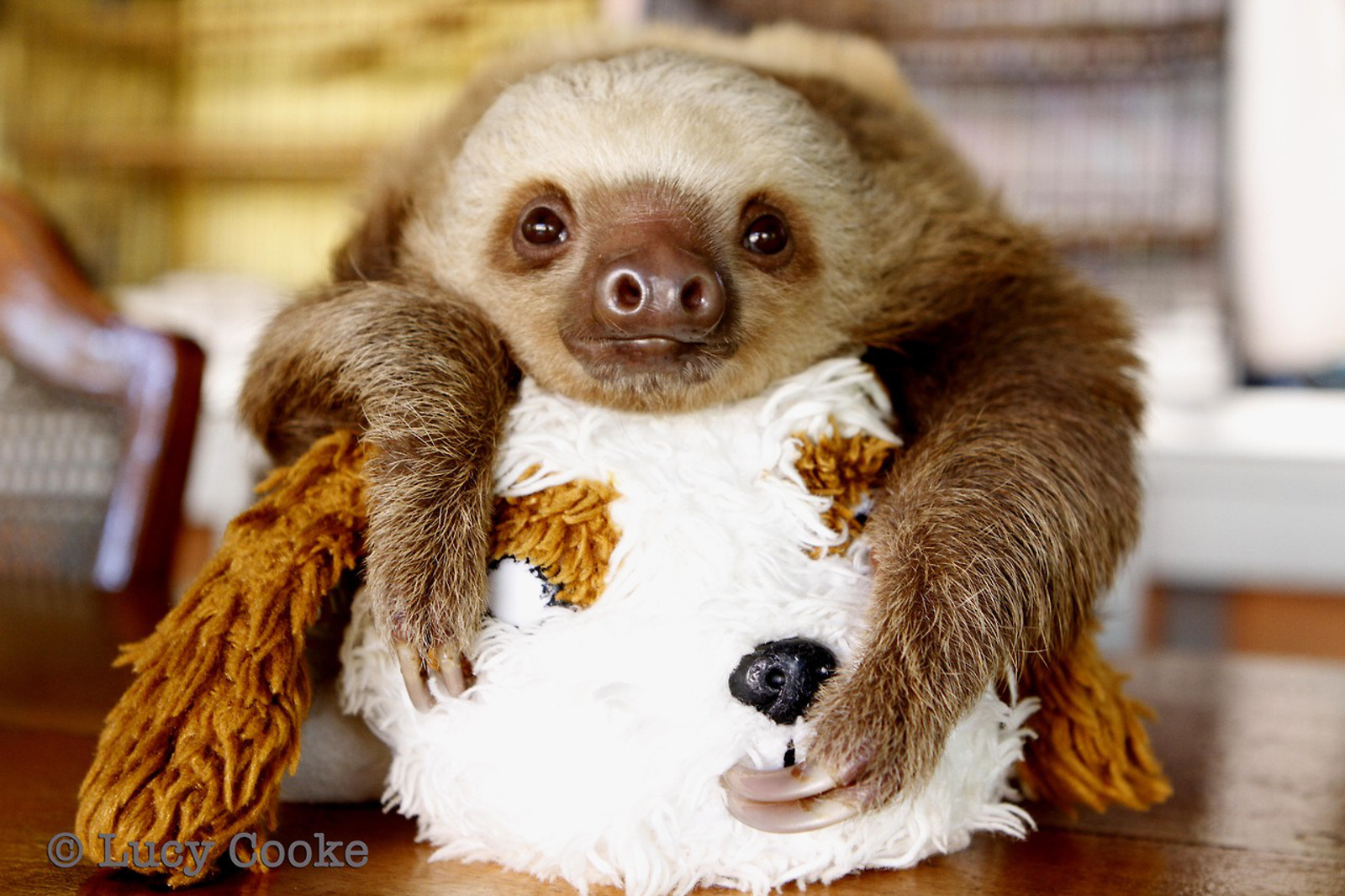 We. Love. Baby. Sloths. Seriously, it’s over the top. Fortunately for us and all of sloth-kind, we aren’t the only ones. Judy Avey-Arroyo and Luis Arroyo, the founders of The Sloth Sanctuary Costa Rica, started their adventure with sloths in 1992 when neighborhood children brought them an injured baby sloth that they’d found. After calling around to several veterinary professionals for help and being told that they had no experience with sloths, the Arroyos  set out to care for her all on their own.

The Arroyos named the sloth Buttercup and she thrived under their care. Buttercup soon became the first in a line of sloths at what would officially become their own sanctuary as word got around. The sanctuary was born in 1997 and currently houses over 150 injured or orphaned sloths with the intention of nursing them back to health and eventually reintroducing them into the wild.

Sloth Babies hang on to they’re mothers for half of their first year of life, clinging to her day and night. From her they learn which leaves to eat, where the edible trees are located and where to take shelter. Babies can find themselves orphaned if something happens to their mother or if they fall off of her, at which point the Sloth Sanctuary will step in to care for them. Providing stuffed animals to satisfy their need to cling to their mother, these babies feel safe and secure while providing some of the sweetest and most adorable baby pictures ever. Sloths may be cute, but they do not make good pets and you should NOT consider bringing one home. Let the experts at Sloth Sanctuary do all the work, and enjoy these photos!

Sloths are endangered, so nursing these babies back to health for re-release is vital. 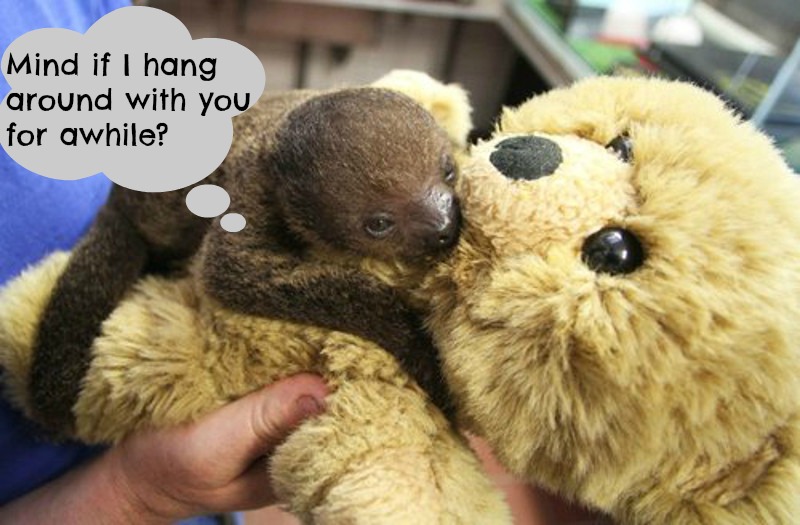 Only coming down once per week on average, they spend most of their day hanging in the trees. 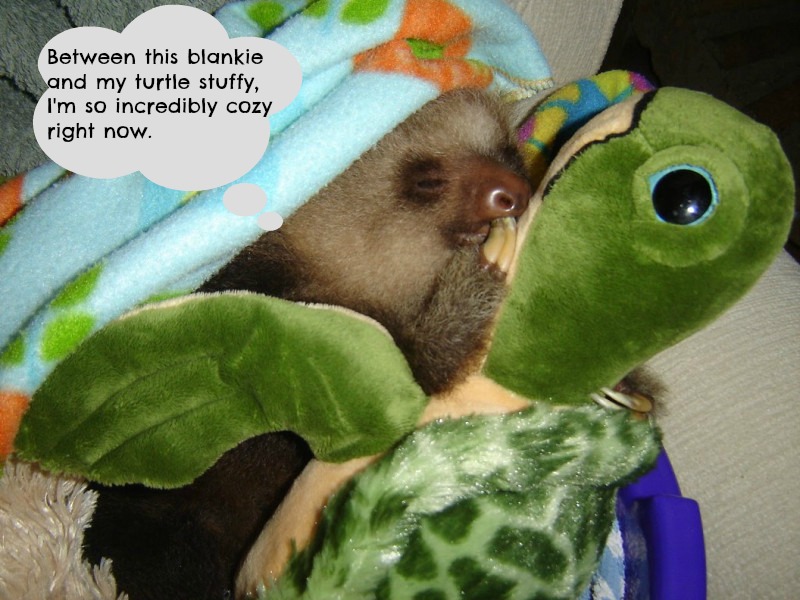 Herbivores, their mothers show them how to find food as they cling to her for those first months. 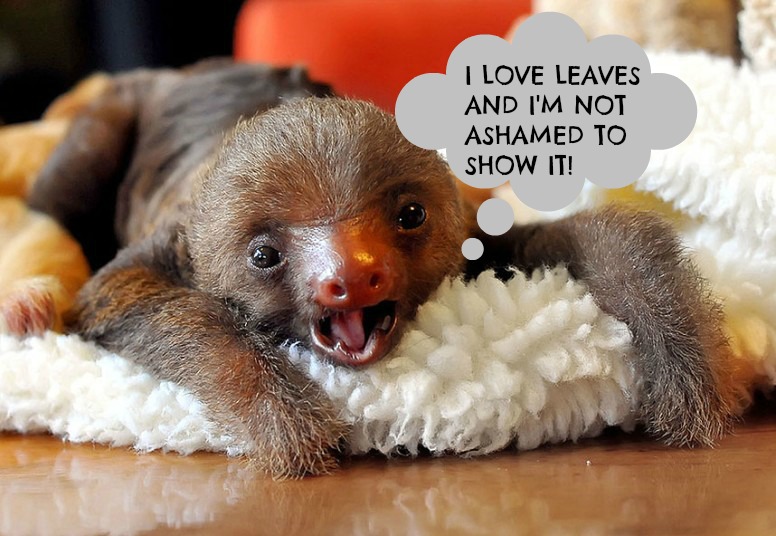 Believe it or not, sloths are actually agile in water and very adept swimmers due to their long, strong arms. 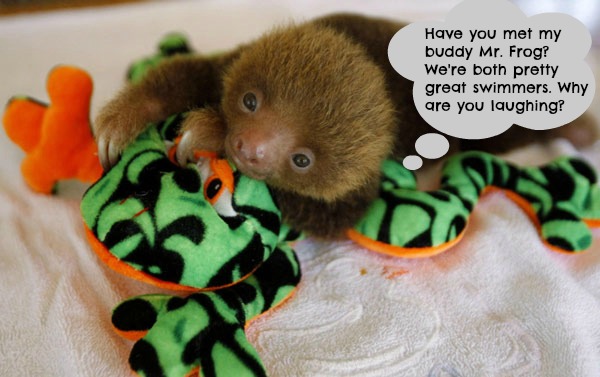 After the first five-months, babies will get a bit more adventurous but still keep a foot on their mother at all times until they’re ready to forage for food and hang from trees on their own. 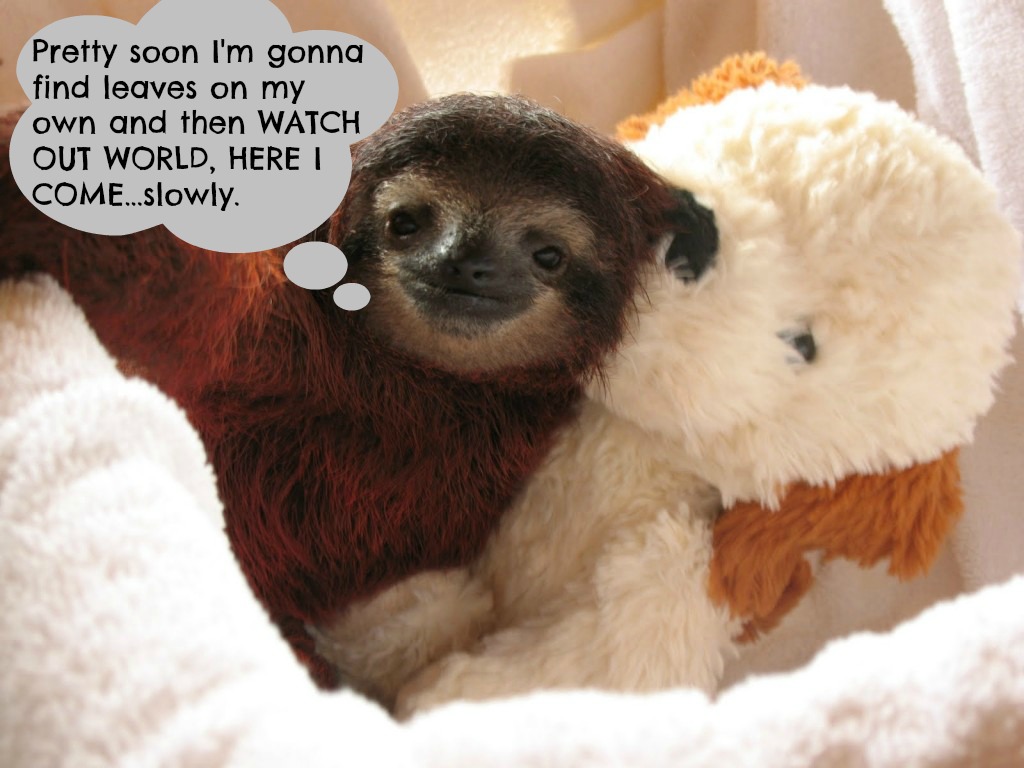 Sturdy from birth, baby sloths are rarely injured from falls but will become orphaned because their mother does not come down for them. 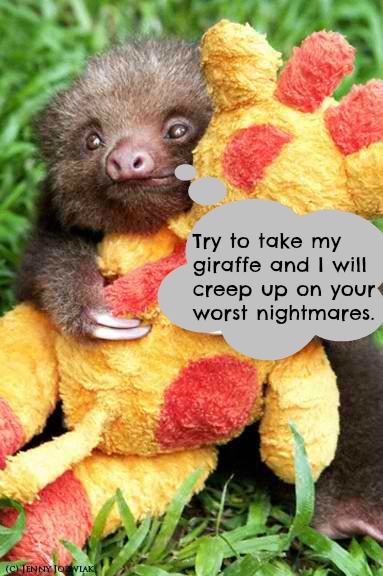 Deforestation of the South American Rainforest, their primary habitat, is a large contributor to sloth endangerment. 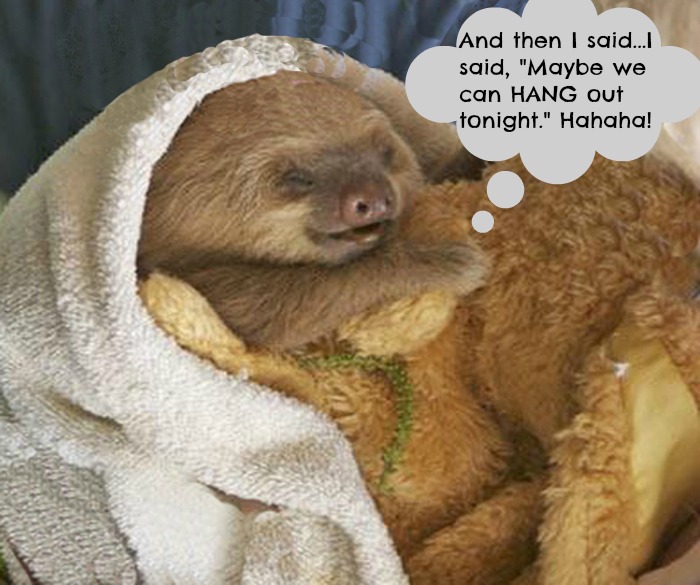 The Sloth Sanctuary tries to replicate the care and protection a mother would provide, without which a baby sloth has slim chances of survival. 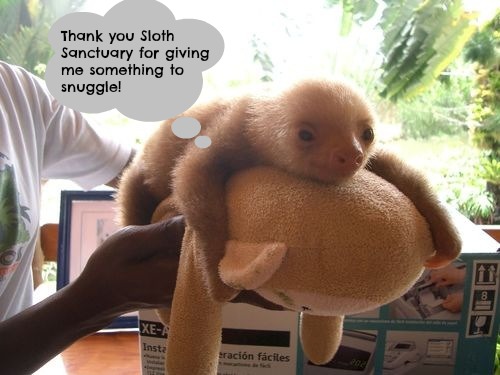