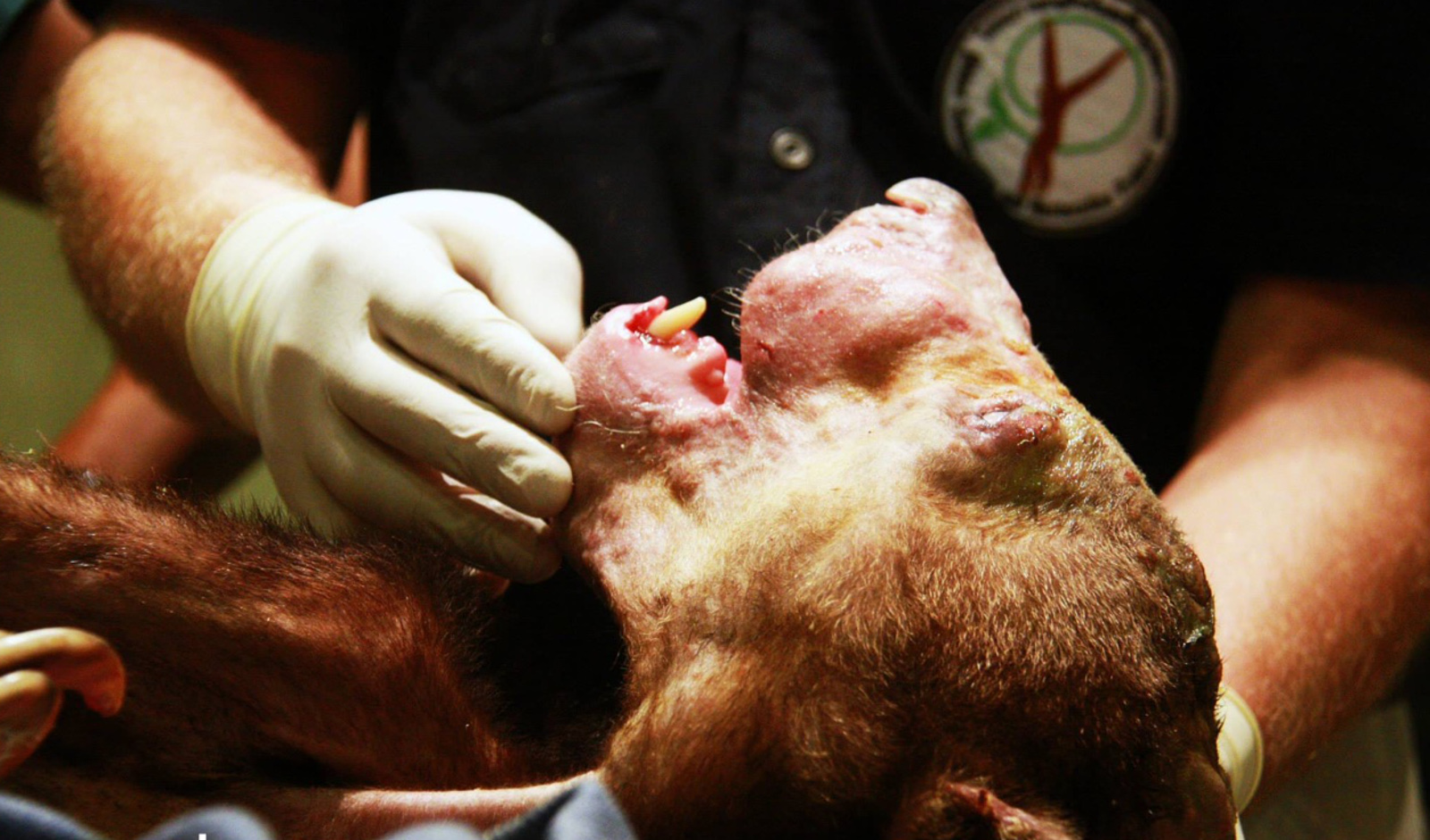 Kwan was a Sun Bear that never really saw the sun. She had been living in a dark room for almost two years.

Abandoned and neglected, she was in a horrific state when she was found in a temple that was serving as a defunct sanctuary by her rescuers, Edwin Wiek and his team at Wildlife Friends Foundation Thailand. Deprived of sunlight and emaciated, the poor bear had lost most of her hair. She no longer resembled a sun bear.

Despite heroic efforts to save her life, Kwan passed away at 2:45 pm the following day.

It is miraculous that she had clung onto to her life for so long. Oblivious and cut off from the outside world, she lived in purgatory, surviving under appalling conditions, only to die in the arms of her saviors. It was almost as if she was waiting for her rescue – a chance not only to see the sun again but to tell her story to the world. 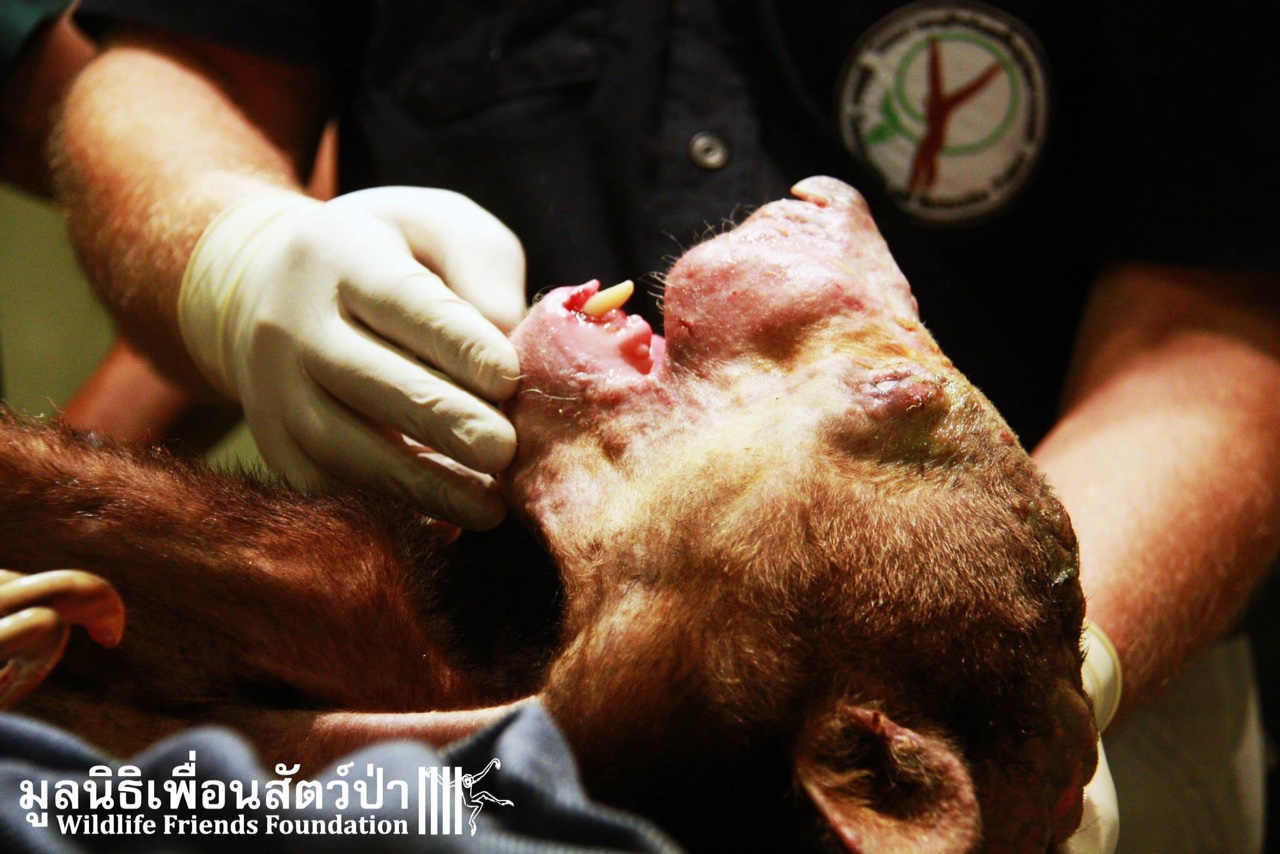 Taken From the Wild and Sold to be a Pet

While there is not much information about Kwan’s life before rescue, her story is all too similar to other Sun Bears who have been captured from the wild, funneled through the exotic animal trade and end up abandoned in decrepit “sanctuaries.”

Kwan’s life should have been about being wild and free in the jungle. Instead, her life turned into a horror story when she was cruelly snatched away from her mother who was likely killed by poachers and sold as exotic meat with “medicinal benefits.”

Young, cute and vulnerable, Kwan may have then been sold on the black market as a domestic pet.

Sun bears typically stay with their mothers for two years or more for comfort and protection. Instead, Kwan was taken to live in a small filthy cage with not much room to move and occasionally, depending on their moods, strange humans for company.

Cool, that is until, bears like Kwan grow up and they discover that their pets are not quite so cuddly.

After being kept in a cage which she would have rapidly outgrown, Kwan was most likely to have become frustrated, overweight, unhealthy and increasingly aggressive. 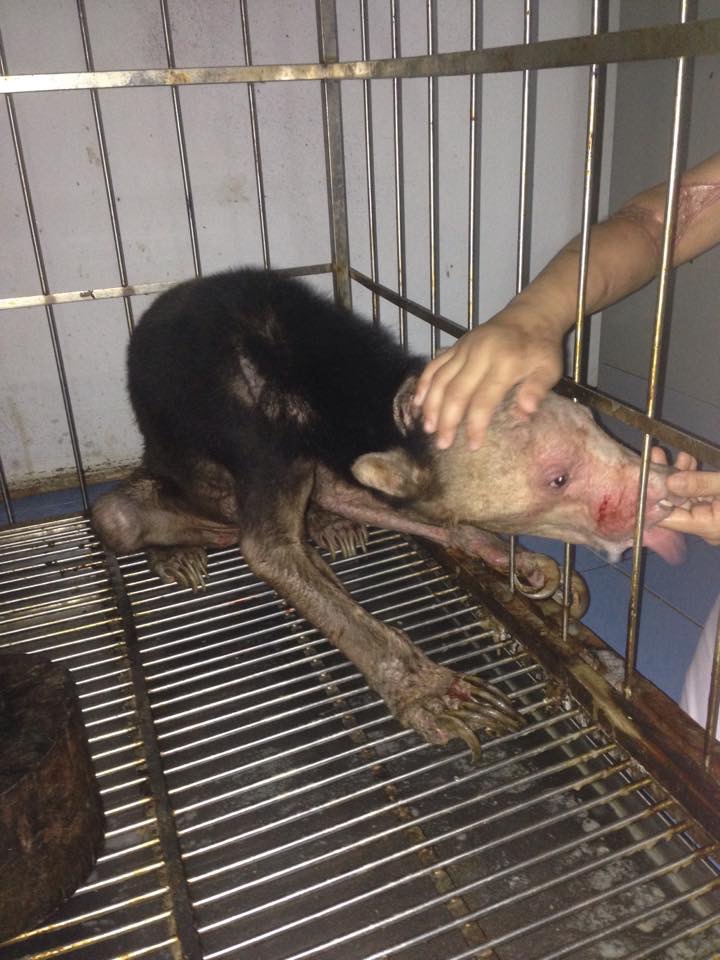 Unable to forage, run, climb trees, choose a mate or be with her own species, Kwan may have developed neurotic stereotypic repetitive behavior, characteristic of animals in captivity. Her paws would have been severely damaged from all that pacing in her metal cage. She may have self-harmed and suffered from repeated wounds and possible infections.

Her owners may have realized that keeping a wild animal as a pet is expensive and not that much fun, after all. Rather than killing Kwan, they decide to “make merit” by donating her to the nearby temple where monks, by virtue of their religion, believe that all living things must be taken care of.

But the monks are no more knowledgeable about raising wild animals than her owners were. Lack of funds and knowledge would have almost guaranteed further ill-treatment for Kwan. 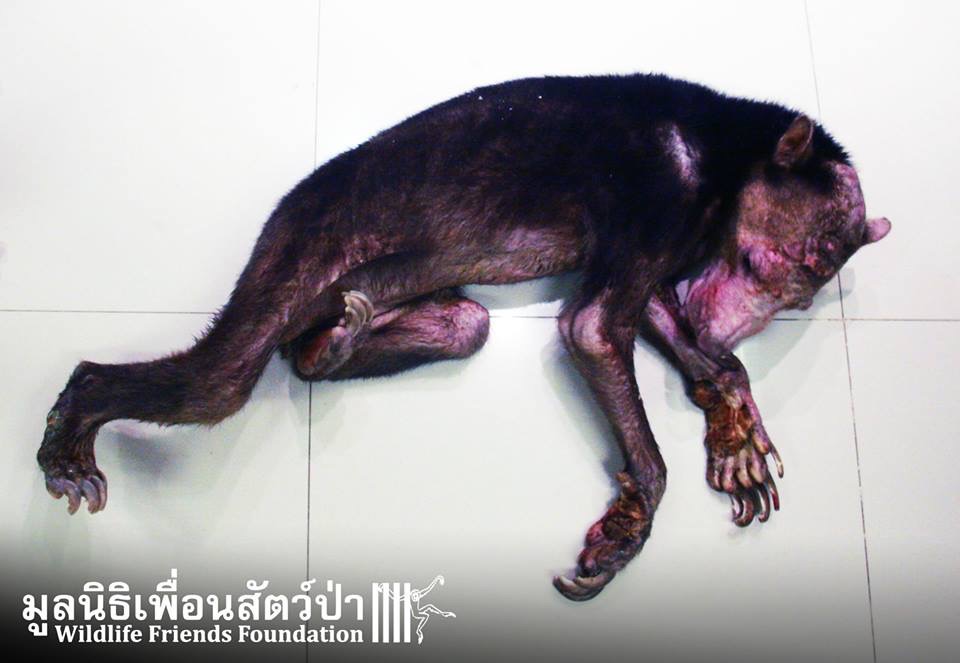 It is not clear why Kwan was placed in a dark room for so long. Perhaps, she was more aggressive than the other bears and it was easier to shut her away in the darkness. Judging from the emaciated state she was found in, she was neglected for extensive periods of time. Out of sight, out of mind. 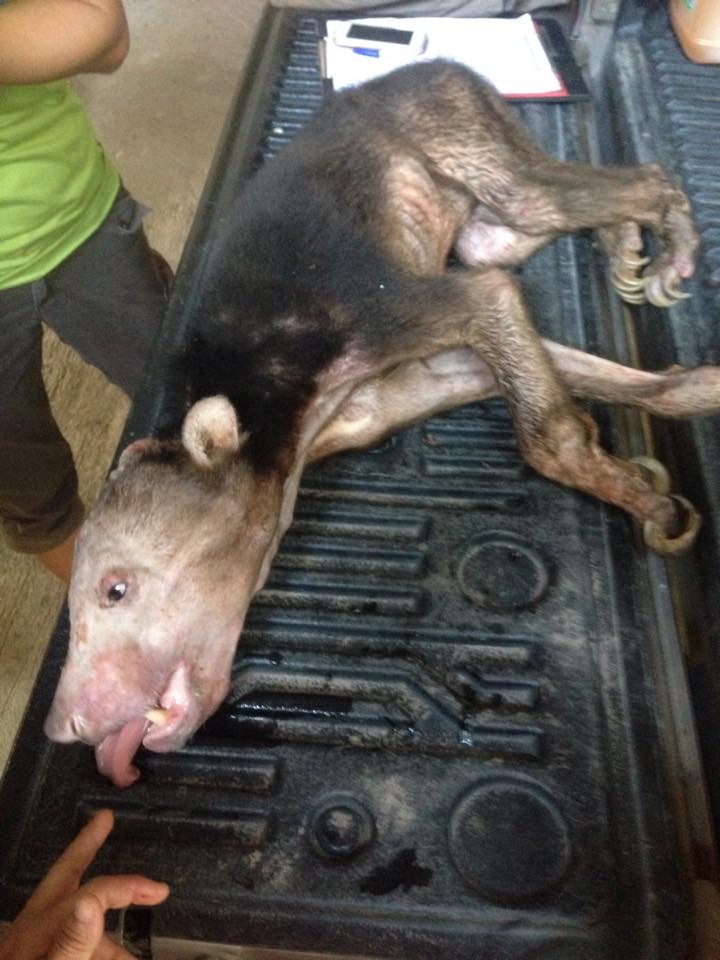 Edwin Wiek and his team fought tooth and nail to save Kwan’s life and despite her brave efforts to live, she succumbed to the comfort of her own death. 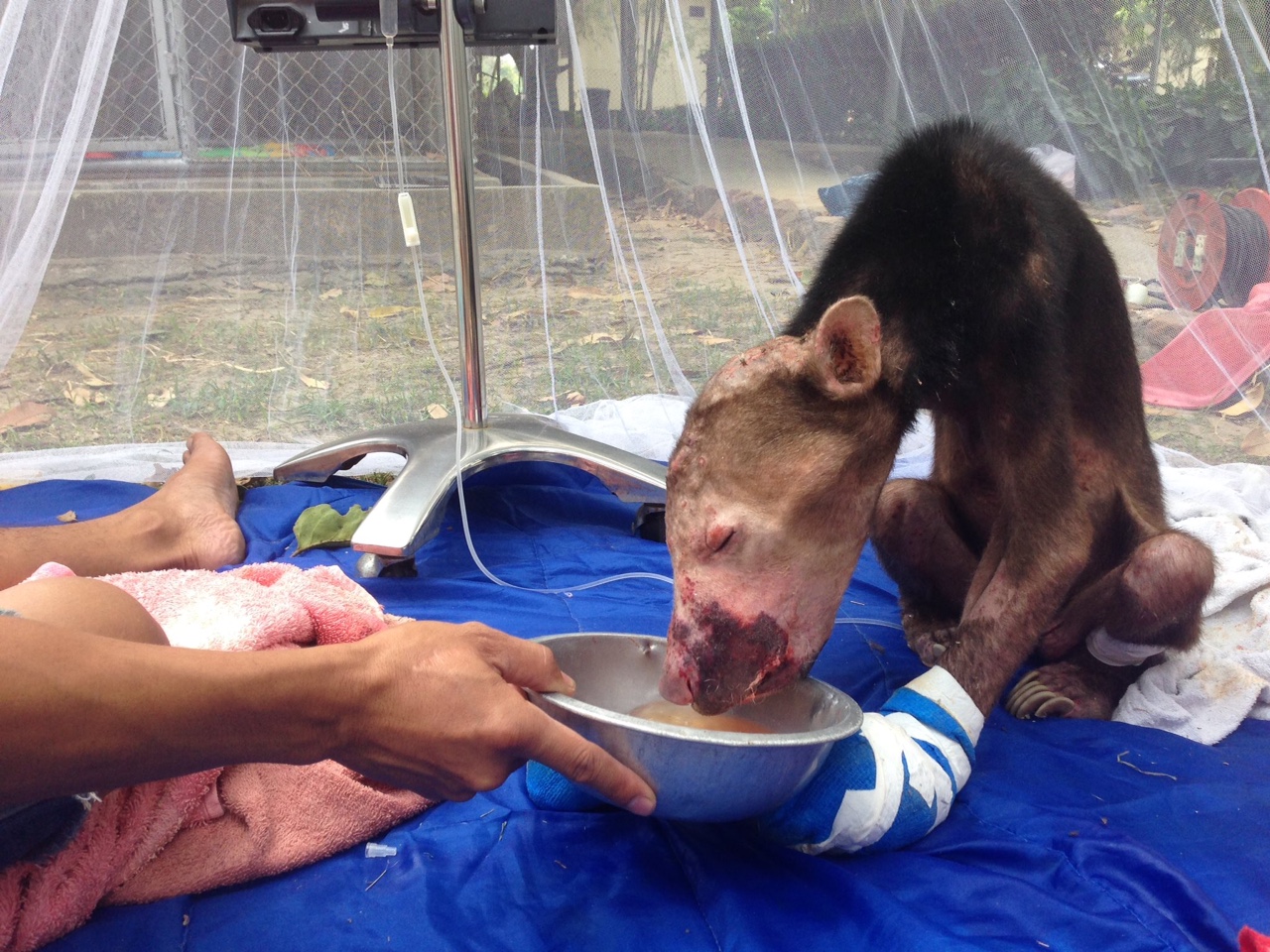 Kwan passed away from her wretched life but only after she knew she was “safe” to do so. In the last few hours of her freedom, her story captivated the hearts of thousands of people as it played out in the press and on social media. 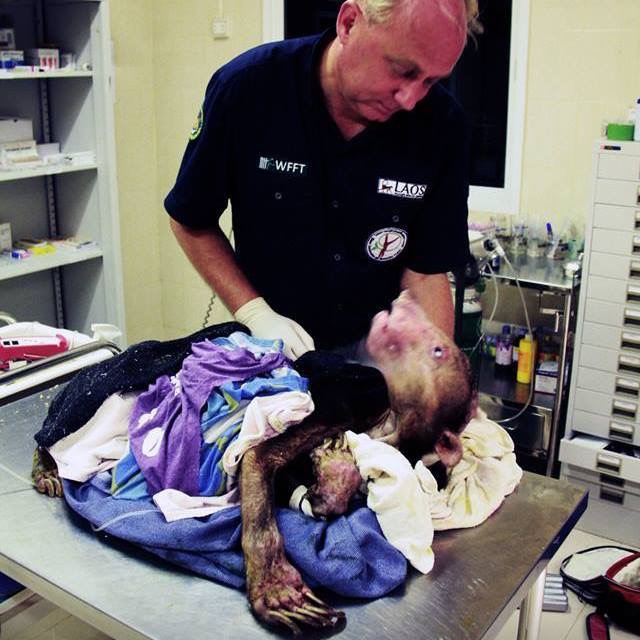 Perhaps in her desire to see the sun for the very last time she inadvertently shone a light of truth on the ignorance of mankind. And faced with the direct and shocking details of her story, we can no longer keep ourselves in the dark.

Kwan’s story has helped the plight of sun bears in captivity. Edwin and his team at WFFT are currently negotiating the release of four remaining bears at the same temple where Kwan was kept. Her life and death, however wretched, has not been in vain.