The Right Alchemy for Doing Good 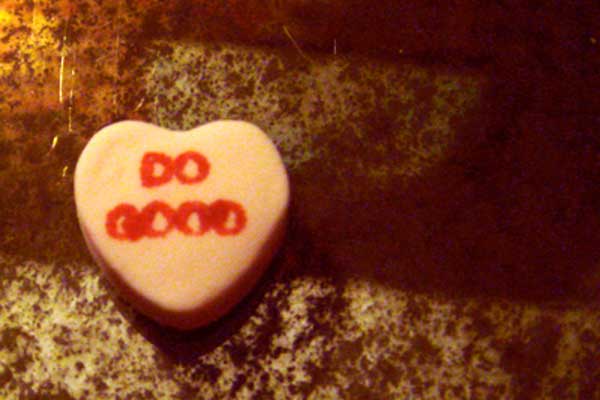 When I was in high school I was at a small gathering at an apartment in Manhattan where there was acquaintance of mine who had fought in the Vietnam War. There was a cat in the apartment, and loving animals as I do, I sat on the couch playing with the cat. The Vietnam vet, whose name I no longer recall, made a nasty comment about having a cat when there was so much human suffering in the world. I recall saying something along the lines of animals being worthy of kindness and care whether or not humans are suffering, but I didn’t engage in a debate. I remember feeling unusually intimidated in the face of his hostility and his obvious personal suffering.

I reflected upon the incident for some time, wondering what could have happened to him that he would begrudge a cat kindness, but I really had no idea how to relate to this man’s experience. I’d certainly never experienced war or witnessed atrocities firsthand, but I cared deeply about suffering, whether perpetrated on humans or animals, and I was inconsolable and distraught when confronted with the abuse of others. Whether watching the mini-series Roots on TV during high school and sobbing for hours, or becoming hysterical at a movie in which a horse cried out and fought with all his might to escape the hideous branding iron burning a permanent mark into his unanesthetized flesh, I had no shortage of empathy.

But the question of priorities stayed with me. Should there be a hierarchy of care? Should we attend to certain suffering first, like a triage?

I’ve come to believe that there is an alchemy to finding the answer to this question. It isn’t enough to say that as long as one is doing something for another individual or for a cause, that this is good enough. Nor does it do any good to critique other people’s kindness, volunteerism, or philanthropy (as I wrote about in my essay “Making Choices about Charitable Giving”). On the other hand, when we choose to help individuals (whether people or animals) as opposed to changing unjust systems, the destructive systems persist and more individuals then need our care. Is this the wisest way to make a difference?

Perhaps not, but would any of us criticize someone for rescuing, caring for, or helping another in need? Still, finding the right alchemy, that wise mix of melding our deepest concerns for the most important issues of our time with our greatest talents, is worth the effort. After all we only have so much time allotted to us on earth. Best to make the most of it.

I begin our MOGO (most good) workshops by asking audiences what they think are the biggest problems in the world. I then ask what issues most concern them, acknowledging that what they most care about might not be what they consider to be the biggest problems. It’s worth looking at the overlap of these questions before identifying our best skills and talents to bring to bear on those issues that need our attention. This helps us to find that right alchemy.

If I could respond today to that Vietnam vet’s angry comment about the cat, I think I would ask him what he thinks needs to change, and how he could use his knowledge and experience and bring these to bear on the suffering that continues in the world. The horror he had encountered in Vietnam had clearly changed him, and I hope that he found a path that helped him move forward in positive ways in the face of memories and experiences darker than I will probably ever know. I hope that today he wouldn’t begrudge a cat care, but, even more, I hope that he has found a way to channel his anger and sorrow to find the right alchemy for doing good himself.

Image courtesy of one two one three via Creative Commons.