The Impact of Mining on Our Planet 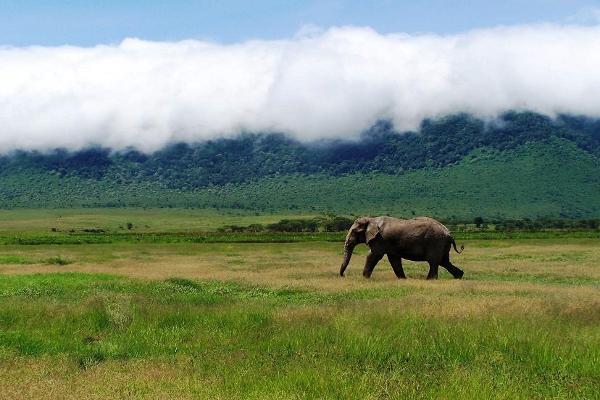 Mining is one of the most destructive things we do to our planet. Often mines for gold, copper and titanium create holes in the earth that are miles wide, thousands of feet deep and pollute groundwater and endanger natural habitats of wildlife and animals over wide areas.

Local governments are often swayed by the large mining corporations with promises of jobs and other financial rewards and ignore the costs to health and the environment. I created Care2 to give people the power to organize and get their voices heard, and I’m pleased to report governments and businesses are listening.

Earlier this month, Care2 and the Wildlife Alliance, our nonprofit partner, delivered over 90,000 signatures to the Cambodian government who subsequently agreed to stop progress on a titanium mine in the Cardamom Mountains. Earlier efforts had failed, but Prime Minister Hun Sen finally realized that protecting the rain forest and endangered animals and wildlife around the mountain range were more important than the short term revenues that might be gained from the mining companies.

Other Areas in Jeopardy

Alaska: Alaska’s Bristol Bay is under serious threat from the State of Alaska and the Canadian government who want to create North America’s largest open pit gold mine at the head of the Watershed. Not only would this mine be disastrous to the environment, it would also threaten the largest salmon fishery. There have already been some successes in the efforts to stop the mine. One of the major financial backers, the Mitsubishi Corporation, has withdrawn from the project. But, there is still more to be done. You can sign this petition and urge the Environmental Protection Agency to protect the fishery and other wildlife.

India: Over 7,000 Care2 members have signed a petition urging the Prime Minister of India to stop a mine in the Niyamgiri hills. Legal battles have been fought for years to stop the mine as the hills are home to the indigenous Kondha people and the ecosystem they live in. Despite their protected status, large corporations are pressuring the Indian government to allow the mining to begin. International pressure might be the only way to stop the mine.

Major corporations are going to continue to try to find ways to violate the Earth for financial gain, but your voice can make a difference. As activists showed in Cambodia, governments will listen when the world joins together for Good.

Randy Paynter is the Founder and CEO of Care2.com. With 15 million members, Care2 is the largest and fastest growing online community of people making a difference in healthy & green living, human rights and animal welfare. Care2 empowers individuals to “Make a Difference” with daily actions, healthy living advice, news on causes, petitions, contests, groups and more. In 2008, Care2 became a “B Corporation” as a mark of its commitment to using the power of business to solve social and environmental problems. Randy holds an AB from Harvard University and an MBA from Stanford’s Graduate School of Business.