The Hidden Costs of Cheap Pork 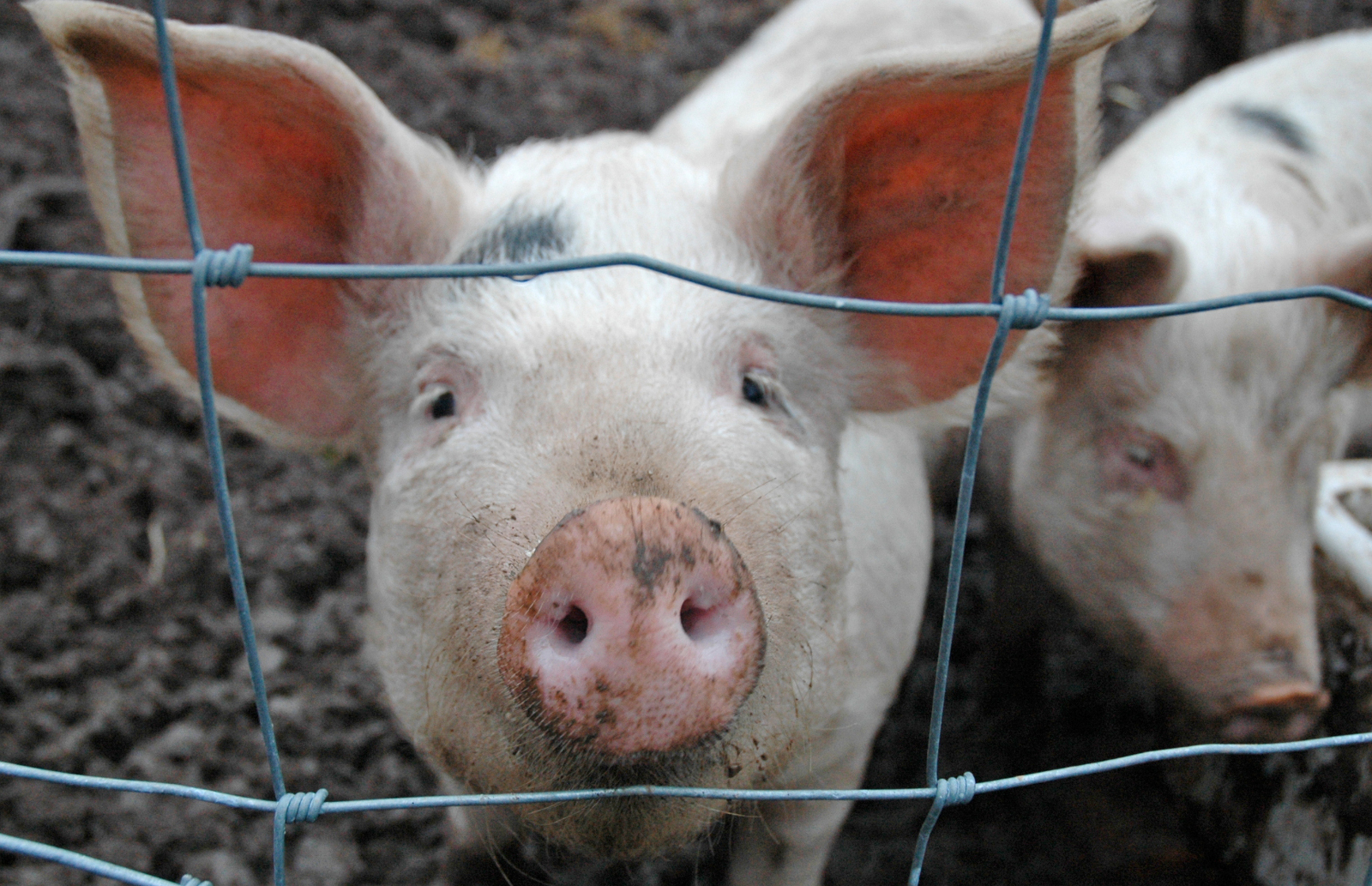 We all appear to pride ourselves on high standards, but are our diets really “meating” these? Consider this: Global meat production has quadrupled since the early 1960s from 71 million tons to over 290 million in 2010. Two out of every three farm animals in the world are now reared in intensive factories, meaning the majority of meat people purchase is produced in conjunction with the atrocities of factory farming.

However, because it is”cheap,” many don’t question how their meat came to be. Take pig factory farming, for example. Cheap pork may benefit your bank balance, but its real costs lurk hidden elsewhere.

Because there is a mammoth demand for cheap pork, factory farms seek to generate as much meat as possible in order to maximize profit. Thus, animal welfare conditions are, at their “finest,” minimal. Sows spend the majority of their lives confined to individual gestation crates positioned on filthy, concrete floors so small that they are denied the simple act of changing direction. During pregnancy, these sows are then moved to farrowing crates, only marginally larger than imprisonment beforehand, where piglets are permitted to suckle.

Once taken from their mothers at a tender age of three to four weeks, using pliers, scissors and knives, mutilation including tail docking, teeth clipping and castration occurs, often without anesthetic. These cruel acts are all considered congruent with “industry standards.”

On any given day in the U.S, there are a whopping 65 million–if not more–pigs residing in intensive factory farms. These extremely crowded conditions mean that pigs are prone to life-threatening illnesses. But these little piggies must go to market.

In order to survive, farmers lace their feed with antibiotics. In fact, across the globe, over half of all antibiotics utilized are dispensed for farm animals. Americans, brace yourselves. In the U.S. around 80 percent of all of our antibiotics are used for animals. This proliferation of antibiotics has contributed to the rise of superbugs in the U.S. In fact, a recent study found that antibiotic-resistant bacteria from factory farm feedlots can be spread through the air, meaning communities who live near these facilities are more susceptible to developing infections like MRSA and salmonella.

What do pigs eat? Grass, farm crops, and slop, right? In an effort to get pigs to reach market weight as quickly as possible, farmers feed them a mixture of corn and soy.

You might recall that factory farms across the U.S. house more than 65 million pigs. Hence, there exists a demand for an even larger supply of grain and soy. To meet these demands, deforestation, primarily in South America, runs rampant. It is estimated that around 70 percent of the world’s soy is fed directly to livestock. Worldwide, the size of land that is devoted to soy cultivation reaches an area the size of Germany, Belgium, France and the Netherlands … combined.

So, factory farmed pork involves importing titanic amounts of pig feed from across the globe. Alongside the transportation of livestock between plants and slaughterhouses, this energy-intensive system means that factory farming exists as one of the largest sources of greenhouse gas emissions recorded to date.

Not to mention, pig farms are infamous for the amount of waste they produce. This enormous amount of excrement is stored in massive waste “lagoons,” that can reach the size of several football fields. These lagoons also have a tendency of leaking, spreading fecal bacteria into local water supplies. Airborne bacteria can also be spread from these massive cesspools (hence, how antibiotic-resistant bacteria move around).

While cheap pork might appear appealing from an economic standpoint, when you look at all the hidden costs that this cheap meat comes at, it suddenly doesn’t even become worth that low price tag.

Luckily, as consumers we have the choice to purchase better options, namely, ones that skip the pig all together – plant-based “meats.” Putting your dollars towards a truly cruelty-free option with no hidden environmental costs certainly gets you the best bang for you buck, don’t you think so?