Texts From My Sassy, Activist Cat 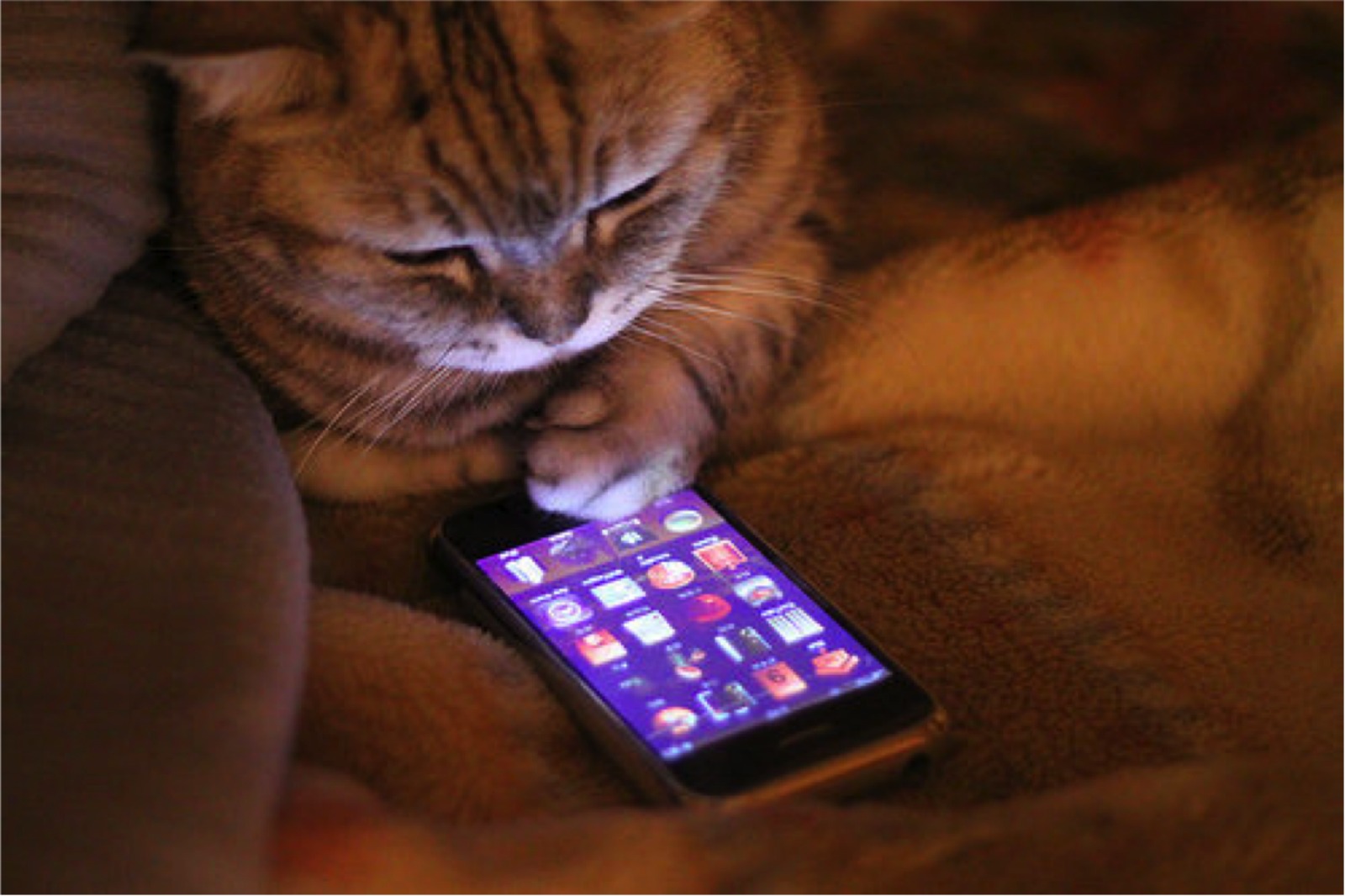 Our cats are part of the family. So much so that we can only imagine the rich, intelligent, inner dialogue that they’re probably experiencing on a daily basis. Whether they’re watching you sing your face off to the Spice Girls box set as you vacuum the floor or cry inconsolably during the Lifetime movie of the week, there’s no doubt that they have an opinion about you and your behavior despite their silence. The opinion is most certainly a judgmental one too. C’mon, we all know that look.

“She’s watching Grease 2 again. Does she have no self respect?” 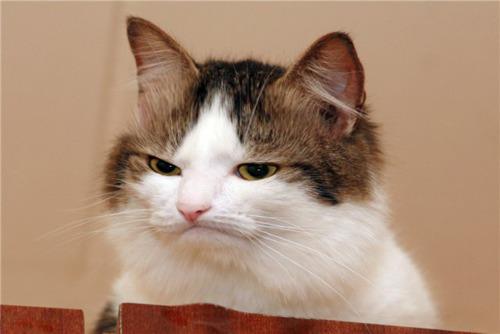 So, it stands to reason that if our cats can form an opinion about us and our goings on, they’d most certainly have strong feelings about issues that directly affect them. Take pet overpopulation for instance. There are an estimated 70 million stray cats in America alone. Of that number, a paltry 3.4 million ever make it to a shelter, at which point 70 percent are euthanized annually. A lack of spaying and neutering is huge contributor to the problem, considering that just one un-spayed female cat and her offspring can produce 420,000 kittens over 7-years.

To make matters monumentally worse, people are still breeding cats intentionally for sale despite a rampant over supply! Coming very often from kitten mills in which breeding cats are kept in small cages with wire bottoms, given no socialization, poor nutrition and medical care and bred for years on end, these kittens are products of a cruel system of making money above animal welfare. With healthy cats in desperate need of homes at shelters in every city across the country, there’s no way that Mr. Wiggles wouldn’t get his whiskers in a bunch over something so illogical. Oh, if he could only text, we’re sure his little thumbs would be on fire! 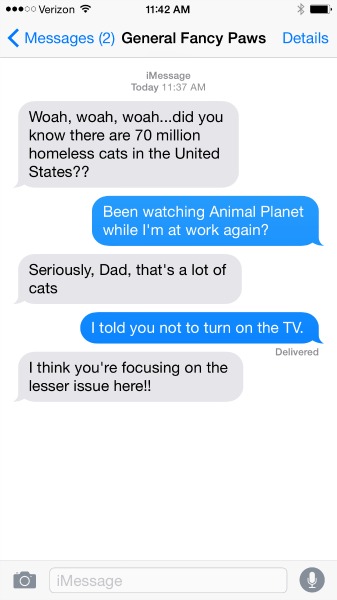 To a cat, buying a pet would seem pretty absurd. Probably because it is 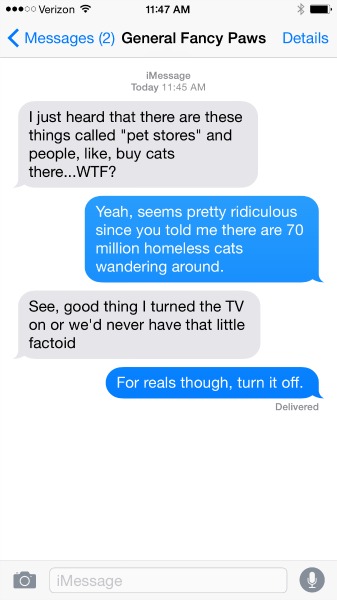 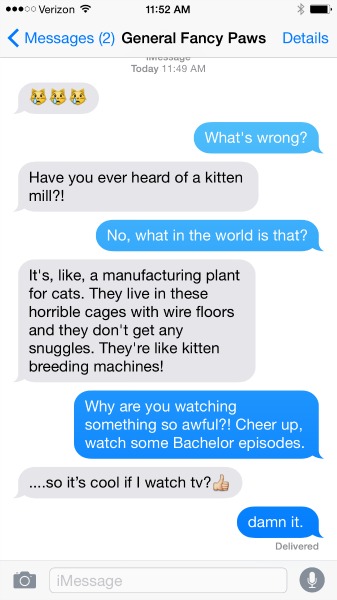 There’s no way a cat could sleep at night, or all day for that matter, without trying to take action 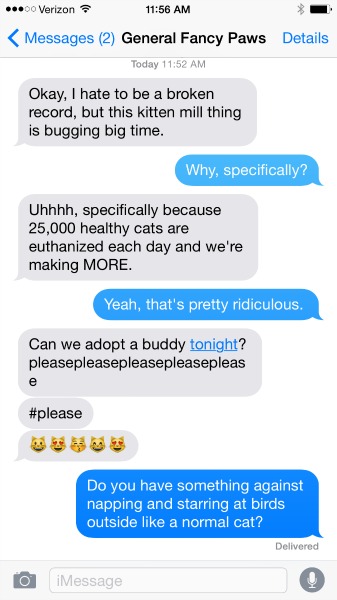 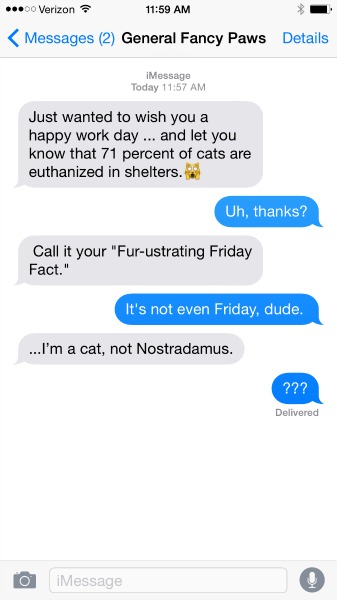 He will save the other cats. By any means necessary 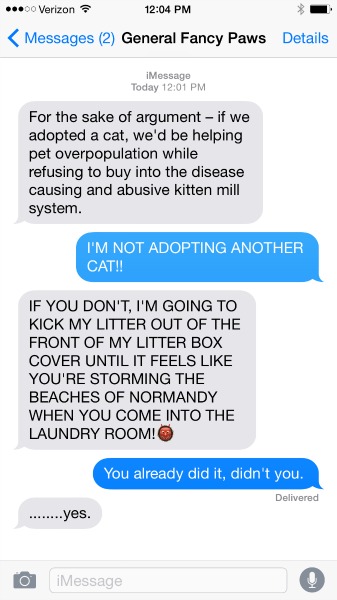 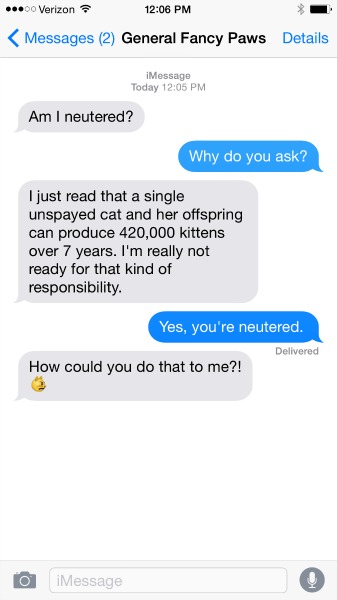 If you can do it, it’s wonderful to open your home. Just adopt, never shop 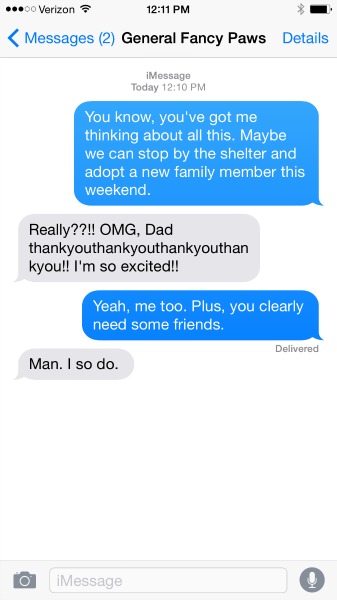