Tell US Government to Stop Dumping Waste in Other Countries, Ban Animal Abuser From Owning Anymore Animals, and Pass the Horse Transportation Safety Act: 10 Petitions to Sign this Week to Help People, Animals and the Planet! 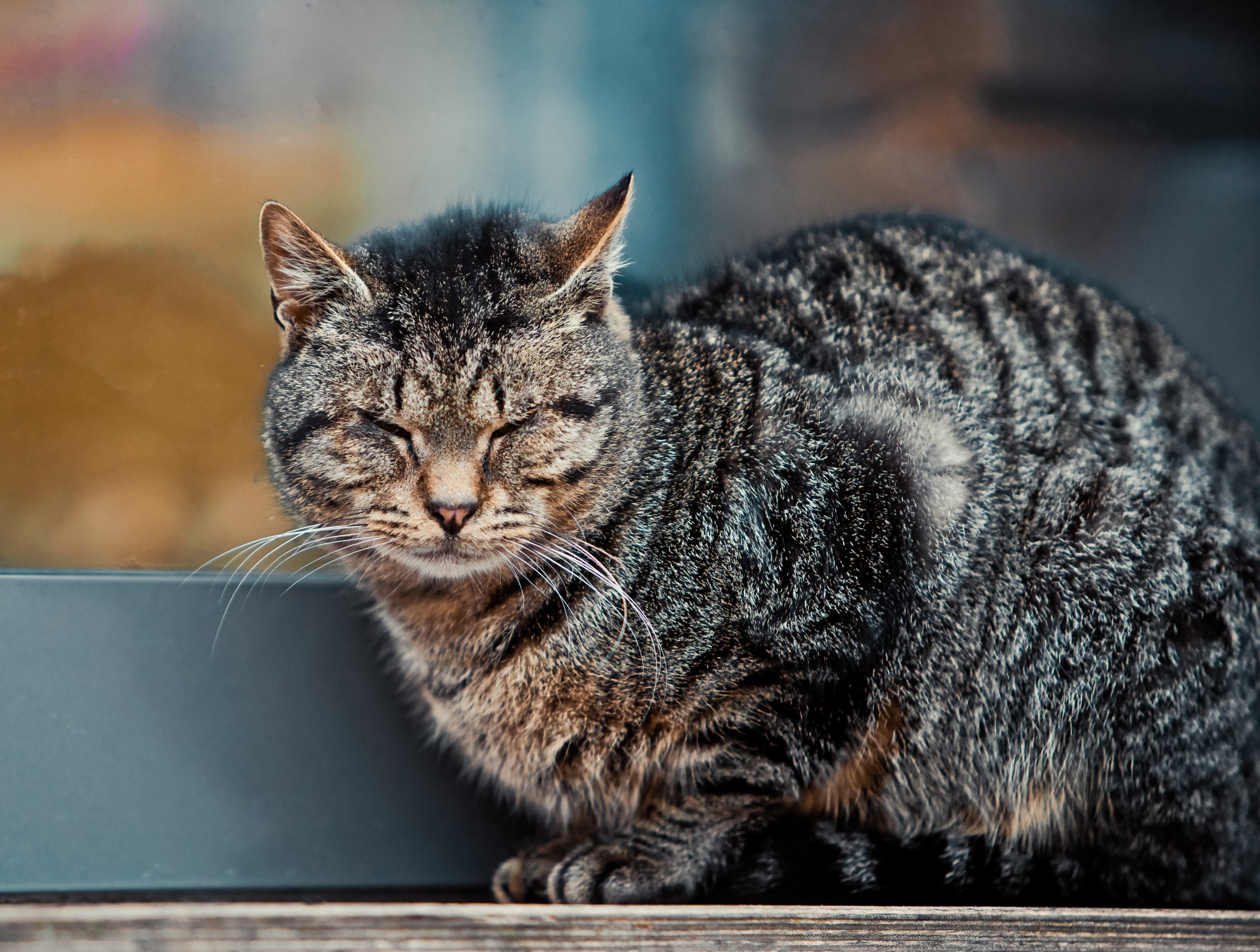 Through petitions, we can reach those in power and demand justice for others. They are valuable tools for making positive changes in the world. If you are looking for a way to help animals and humans, here are 10 petitions you should sign this week, including Tell US Government to Stop Dumping Waste in Other Countries, Ban Animal Abuser From Owning Anymore Animals, and Pass the Horse Transportation Safety Act

1. Tell US Government to Stop Dumping Waste in Other Countries

Each year, the United States produces tens of millions of tons of plastic waste that will is shipped to landfills in other countries. The amount of waste increases by millions of tons every year. In 2019, over 180 countries, curtailed this type of “trade” in plastic waste, limiting rich countries from dumping their plastic trash in poorer countries, with a new series of Plastic Waste Amendments to the Basel Convention on hazardous waste. The US did not take part and is one of two countries that have yet to ratify this Basel amendment. The new agreement went into effect in January 2021, but the US is still shipping excess waste to countries that were part of the convention – leaving it up to their governments to decide how to handle it. This is absolutely despicable. Sign this petition to demand that Joe Biden and the U.S. Congress work together to ratify the Basel Convention and its Plastic Waste Amendments now!

Consent cannot be given by someone who intoxicated. However, a Minnesota Supreme court recently ruled against that definition. A victim of sexual assault was so drunk that she was denied entry to a bar. A man then sexually assaulted and was found guilty since the victim was so drunk. However, the case appealed to the state Supreme Court, which threw the ruling out because he did not give her the alcohol himself and she drank alcohol willingly. This is victim-blaming and incredibly harmful to victims of sexual assault. Whoever is the aggressor in a rape or sexual assault is at fault, period. Sign this petition to tell Minnesota lawmakers to immediately change this law to protect survivors of sexual assault and rape.

3. Don’t Let Man Who Purposefully Drowned a Kitten Ever Own Animals Again

When Shirley rescued a cat named Ruby, her neighbor, Richard Giles, was not too pleased. Up until that point, he had been quite friendly. Ruby was an outdoor cat in their small town and one Saturday, she didn’t return home. Shirley questioned Giles that Monday, who told her “You won’t find her. She’s gone. I’ve killed her.” He found Ruby digging in his garden beds, and instead of taking her home and speaking to Shirley, he grabbed the defenseless cat and drowned her in one of his rainwater storage tanks. Giles admitted to the crime and didn’t even show remorse. Sign this petition asking prosecutors with the RSPCA to make sure that Richard Giles is banned from ever having any animals in his possession!

Larysa sees herself as a "mixture of tomboy & model" & makes a living killing. This is a Dirk’s dik dik- 1 of the Tiny 10. What sort of person kills to collect beautiful fragile sentient beings, & then boasts about it?😒
🙏🏼RT#BanTrophyHunting@zbleumoon @AgainstHunting @Nenagh9 pic.twitter.com/XuhXQi2dxD

Recently, Larysa Switlyk posted a photo – smiling and holding the lifeless body of a Zambian crocodile – captioned: “Excuse me while I shop for a new purse.” This isn’t the first time she’s posted such a disturbing photo to her 980,000 followers. Her feed is full of them as she claims she’s killed over 116 different species in countries all over the globe — including a lion, leopard, and even an elephant. She uses her platform to promote these murders and encourage other women to join her. Murderers should never be allowed to become “influencers.” Sign this petition to demand that Adam Mosseri, the Head of Instagram, immediately take action to deplatform Larysa Switlyk now!

5. Urge the UN to Protect the Earth

Anthropogenic climate change is a huge threat to this planet. Humans have to stop polluting the planet and instead treat it with respect for the good of humans, animals, and nature. Fortunately, some countries have adopted an Earth Jurisprudence or Earth Law, which gives natural communities standing in the court of law and sees and treats Nature as a fundamental, rights-bearing entity, with intrinsic rights to exist and flourish, irrespective of its use and value to humans. This law is grounded in the understanding that humankind and Nature share a fundamental, non-anthropocentric relationship given our shared existence on this planet. This policy needs to be adopted on an even larger scale to counteract the climate crisis and protect our planet. Sign this petition to urge the United Nations to adopt a Universal Declaration of the Rights of Mother Earth to exist, thrive, and evolve.

6. Stand Up Against Racist Voter Suppression Laws in Georgia

Recently, Georgia passed voter suppression laws, which include reductions of ballot drop boxes (which will obviously play out more in BIPOC neighborhoods) and making it illegal to pass out food and water to voters waiting in long lines. People should be encouraged to vote and voting should be accessible. This is an attack on free and fair elections and activists are speaking up. Of course, it always helps to have big names and companies amplifying activist voices. Georgia’s film/television industry is one of the biggest creators of jobs and wealth in the state. It’s time for them to speak up. Sign this petition to demand that Georgia’s film and television industry executives stand with voter rights activists in condemning racist voter suppression laws – and support the local organizations fighting against it!

7.  Don’t Let Animal Abuser Who Decapitated a Puppy Own Animals Ever Again!

At the beginning of March, were called to a home where they found two severely emaciated dogs and one healthy puppy. The owner blamed the emaciation on the dogs throwing up after accidentally consuming bleach. However, their extreme condition isn’t the result of throwing up a few times – it was clearly the result of weeks or even months of malnourishment. The officers left without further interrogation, but were called back at the end of March. This time, they found the puppy dead and decapitated, the other two dogs just as ill as before. They took the surviving dogs to animal control to get veterinary care and are investigating the crime. Sign this petition to demand that the person responsible for killing this pup be barred from owning or keeping animals ever again!

Every March, 40,000 people flock to Sweetwater, Texas for the annual Rattlesnake Roundup. The event is advertised as family fun, but it’s an extremely gruesome event that needs to end. Some of the activities include a contest where young girls decapitate snakes and a mural made of the bloody handprints of children after they try skinning a dead snake. In just two days, thousands of snakes are rounded up from the surrounding countryside and thrown in huge pits where they await a gruesome death. Sign this petition to demand an end to the Sweetwater Rattlesnake Roundup!

Horses are often transported in trailers that are two vehicles high, and sometimes even higher. This is incredibly dangerous as it can result in deadly crashes. In 2007, a double-decker horse trailer overturned with 59 horses inside. Nineteen of the horses died – some immediately from the impact, while others were euthanized due to their excruciating injuries. It took five hours for the veterinarian to get pull each horse from the wreckage. These trailers are dangerously tall, yet they still don’t provide enough room for the horses inside. The animals are cramped for hours, unable to move or lift their heads, often resulting in injury. Plus, there are issues with heat and air circulation, creating stifling, torturous conditions for these animals. Sign this petition to demand that Congress pass the Horse Transportation Safety Act before more innocent animals die horrific deaths!

After rescuing Kaavan, the “World’s Loneliest Elephant,” Cher’s organization Free the Wild is now trying to rescue a 45-year-old Asian elephant named Lucy. She is kept at Edmonton Valley Zoo in Edmonton, Alberta, Canada. There have negotiations between activists, Free the Wild, and the zoo about independent medical evaluations to determine if Lucy can safely be transported. Lucy’s vets believe she is well-adjusted to the zoo and moving her would be harmful, but many activists say that she is in an inhumane environment and would do much better living out the remainder of her life in a sanctuary, where she wouldn’t be exploited for profit. Sign this petition to urge Edmonton Valley Zoo to surrender Lucy to a sanctuary!