As Taiji’s Cove Season Begins, Dolphin Trainers Get Flack for Their Role in This Cruel ‘Tradition’ 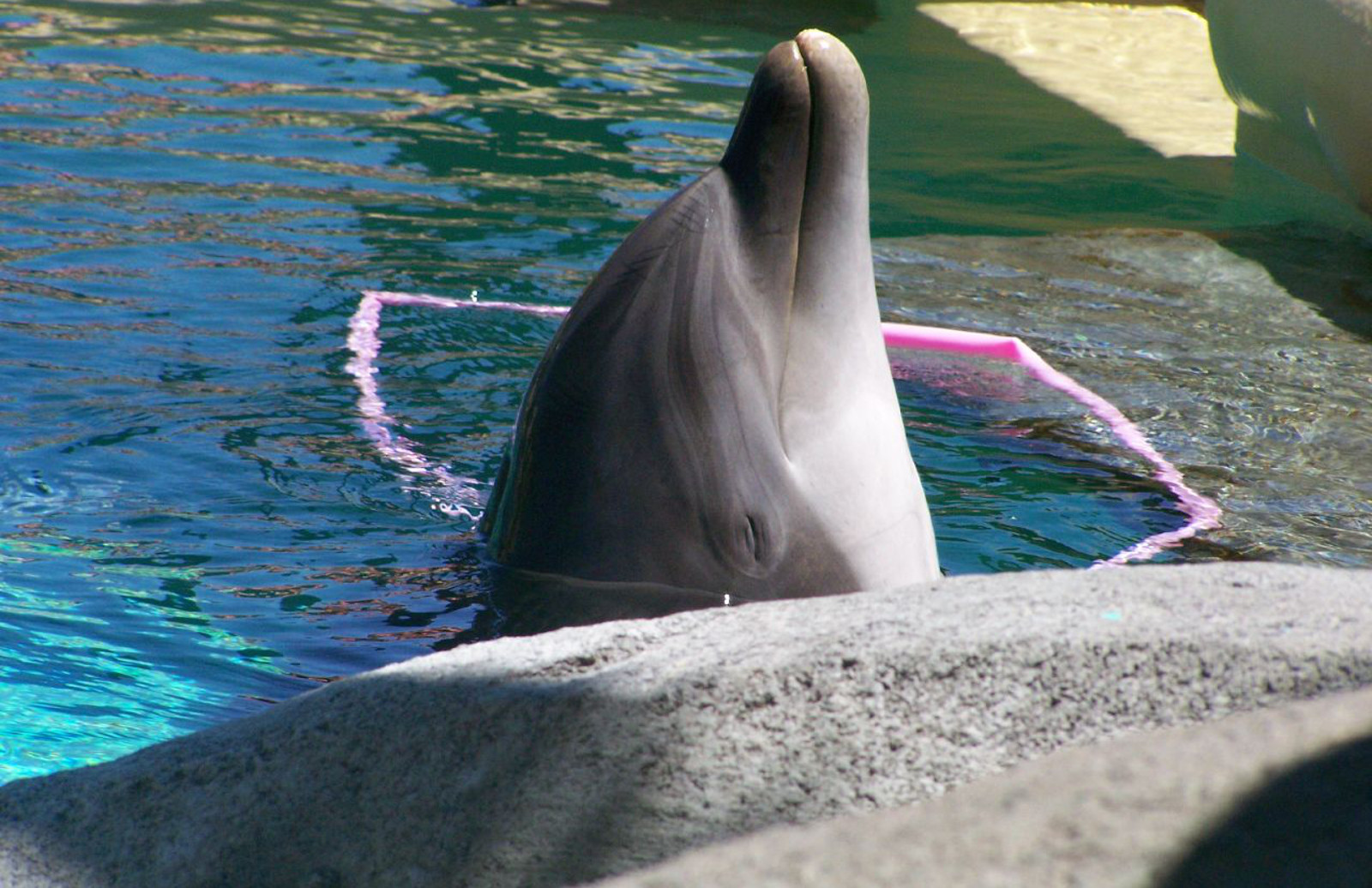 Every year between September and March, boats of hunters leave the tiny coastal fishing town of Taiji, Japan. They return chasing terrified pods of dolphins into a tiny inlet known as “the cove.” These hunts have been mis-labelled as a Taiji “tradition,” when in fact, large-scale dolphin hunts only began in 1969 (the first recorded drive took place in 1933). As marine parks have grown in popularity, trapping dolphins for captivity has become a mutli-million dollar industry with growing demand. Dolphin trainers from around the world arrive in Taiji after the hunts to select the prettiest dolphins for sale to aquariums – where they live out the rest of their lives in tiny, chlorinated tanks.

A few days ago, the world looked on in horror as the first pod of the 2015-2016 season was captured. Shocking footage emerged of a family of Risso’s dolphins being tortured and killed. One terrified dolphin even threw itself onto the rocks in a desperate attempt to escape, only to die from severe injuries.

While these tragic scenes have been witnessed before, the aquarium trade’s unrelenting demand for live dolphins continues to drive the unthinkably cruel hunts.

A trained dolphin can fetch upwards of $100,000, and the live dolphin trade in Taiji brings in more than $5 million every year. In comparison, the dead carcass of a dolphin sold to a butcher is worth just $500 – clearly a by-product of the much more lucrative aquarium trade.

From the Cove to Aquariums

They pay trainers to enter the cove and choose which dolphins will live and die – literally tearing mothers away from their babies to ship them around the world.

Many of the trainers in the water, deciding the fate of these animals, are members of IMATA (the International Marine Animal Trainers’ Association). IMATA is considered the world’s peak membership body for marine trainers. Its membership is made up of dolphin trainers from all around the world, and its board includes people from some of the most recognizable marine parks on the planet, including SeaWorld.

IMATA claims its mission is to advance “the most professional, effective, and humane care of marine animals in all habitats.” But what its trainers get up to in Taiji is shocking.

According to the CEO of Australia for Dolphins, Sarah Lucas, “When I visited Taiji I saw dolphin trainers standing in the cove laughing, as wounded dolphins drowned right next to them. These are Taiji’s faceless middlemen. And they are getting away with horrific animal abuse.”

Despite the horrific scenes of animal abuse and torture that occur in Taiji, IMATA continues to support its trainers’ involvement in the hunts, saying “Any individual who believes in IMATA’s mission and who supports its goals is welcomed into the membership. This includes extending membership to individuals who work for organizations that acquire dolphins from a drive fishery.

IMATA’s weak justification for condoning animal cruelty has long been the subject of criticism, but things are really starting to heat up for the world’s peak marine animal trainer organization in the lead up to it’s annual conference in the Bahamas on the September 27. Dolphin trainers from all around the world will gather in the same room at the conference, providing the perfect opportunity for IMATA to change its policy and stop its trainers playing with the lives of Taiji dolphins.

In the last 24 hours alone, more than 1,000 comments have been left on IMATA’s Facebook page by concerned animal lovers from all over the world, asking them to stop their trainers participating in the terrible hunts. The hashtag #shameIMATA is also taking off on Twitter, with hundreds of people tweeting their disgust at the organization:

The brutal dolphin hunts in Japan exist for one reason – because the aquarium trade for live dolphins is big business. In order to break the cruel cycle of captivity and make serious strides towards ending the Taiji hunts, IMATA needs to take its trainers out of the water.

According to Sarah Lucas, “IMATA says it ‘respects animals,’ but its trainers are doing the exact opposite. They are the ones actually in the cove, alongside the hunters, traumatizing defenseless dolphins. It’s an absolute disgrace. No animal deserves to be ripped away from its family and home to spend life in a miserable chlorinated tank. And no baby dolphin deserves to be left behind, injured and alone, to slowly starve to death.”

Lucas believes if people take to social media in protest, their voices will be heard. “We’ve seen how powerful this approach can be with the recent win against the world’s peak zoo body – which stopped Japanese aquariums buying Taiji dolphins,” she says, “To add to that, more than 150,000 caring people have signed a petition to stop the Taiji bloodbath this season, and a number of prominent celebrities including Harry Styles and Isabel Lucas have recently voiced their concerns over the hunts.”

There are several simple actions people can take to help put pressure on IMATA, and make sure it stops its trainers participating in the brutal capture of wild dolphins. If you want to make a difference, go to IMATA’s Facebook page and write a polite but firm message telling them to get their trainers hands off Taiji dolphins. You can also take to Twitter with the hashtag #ShameIMATA to share your demands, or send a message directly to the president at [email protected].