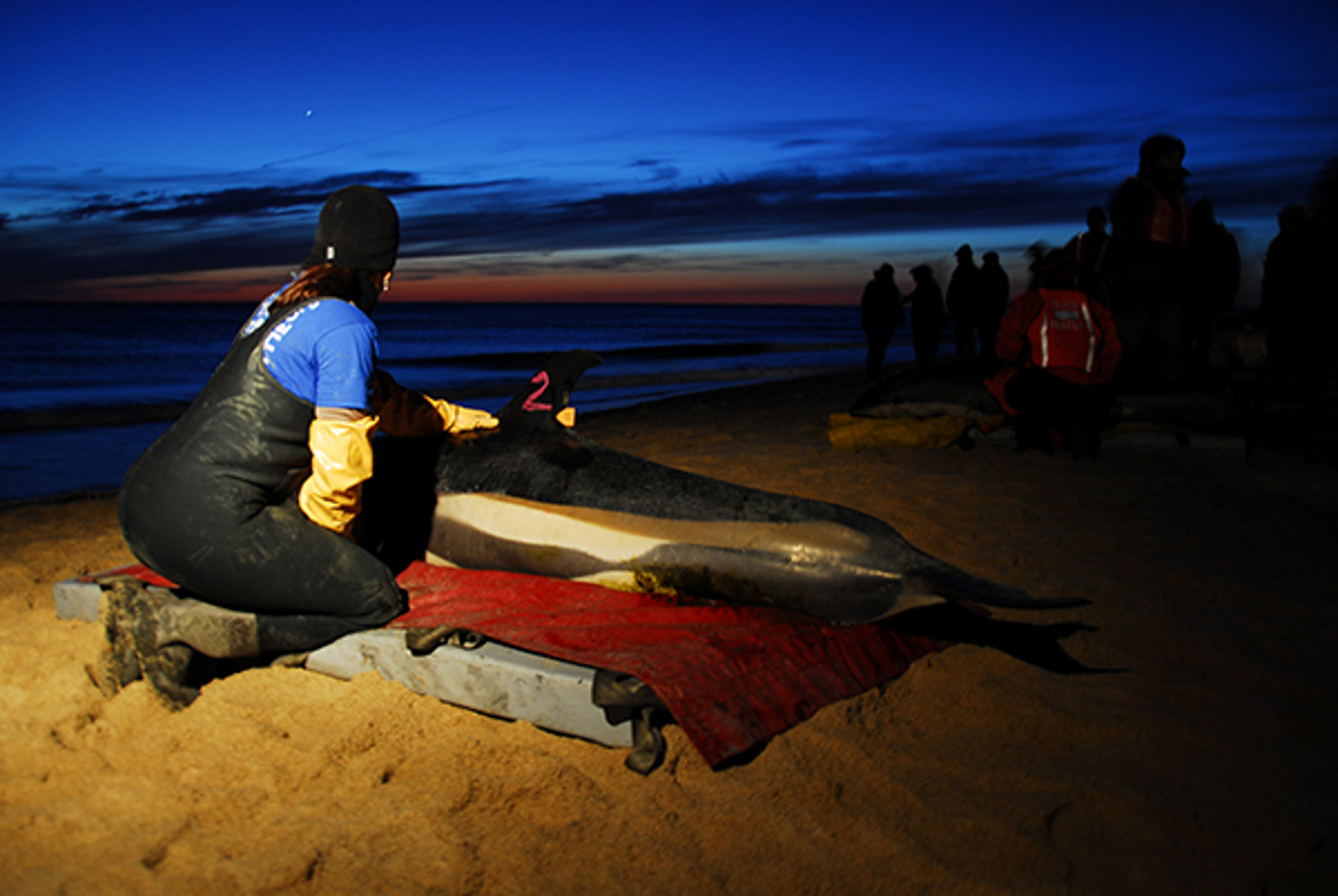 I remember, several times, drawing up the euthanasia solution that would humanely and peacefully end the life of the dolphin in front of me.

Euthanasia is not an act that is taken lightly, nor one any of us animal rescue professionals wish to undertake. However, sometimes it is the most compassionate thing we can do.

For many years, the prevailing wisdom was that when a dolphin strands alone, or is the only survivor of a mass stranding event, they must be euthanized, regardless of their health. Dolphins are very social animals that depend on the others in their pod (or herd).  They have very complex social networks and form strong bonds that can last a lifetime.

So, it was presumed that a single, lone animal released back into the wild would not be able to relocate and integrate into a group, and would thus suffer a prolonged, painful, and isolated death.

As a result, euthanasia became the standard, accepted response.

Over the years, the International Welfare for Animal Welfare (IFAW) Marine Mammal Rescue and Research team became increasingly frustrated with this protocol (which was promoted by the NOAA fisheries Service and accepted by all stranding response organizations, including IFAW, as the best course of action).  When we started to dig deeper to find the data that this presumption was based upon, we couldn’t find anything substantial.  Everything was anecdotal.

We decided it was time to find out if the presumption that these dolphins were doomed was really accurate.

We used our standard health assessment protocols (testing blood, doing physical exams, looking for evidence of injury, etc.) to assess all single stranded animals and all single release candidates from our frequent mass strandings.  When dolphins were determined to be healthy, meeting all of the criteria we use when identifying release candidates from mass strandings, we affixed minimally invasive, single point attachment satellite tags to their dorsal fins and released them.

The tags allowed us to “watch” their movements. We could see that most of the dolphins were utilizing known dolphin habitats.

Post-release parameters did not differ between the different groups, though the length of transmission for SS/SR was shorter.

Then, we worked with our colleagues from the Center for Coastal Studies to actually document the dolphins at sea.

Animals released alone were joining groups of dolphins at sea, and behaving quite normally within those groups!

In one instance, we also had two animals that had been released separately actually come together. We knew this from watching their satellite tag tracks, where we could see them come together and move together over several days before parting. These incredible data have had a huge impact on how we respond to single animal strandings- as well as on the regional policy that has stood for so many years.

Now single animals are given a chance.  When they are deemed healthy (and that is the key here), they can be released.  While some single animals strand for a reason- illness, old age, etc.—and humane euthanasia was and still is the most compassionate choice, now the door is open for those healthy dolphins to be reintegrated to the wild to live healthy and normal lives.