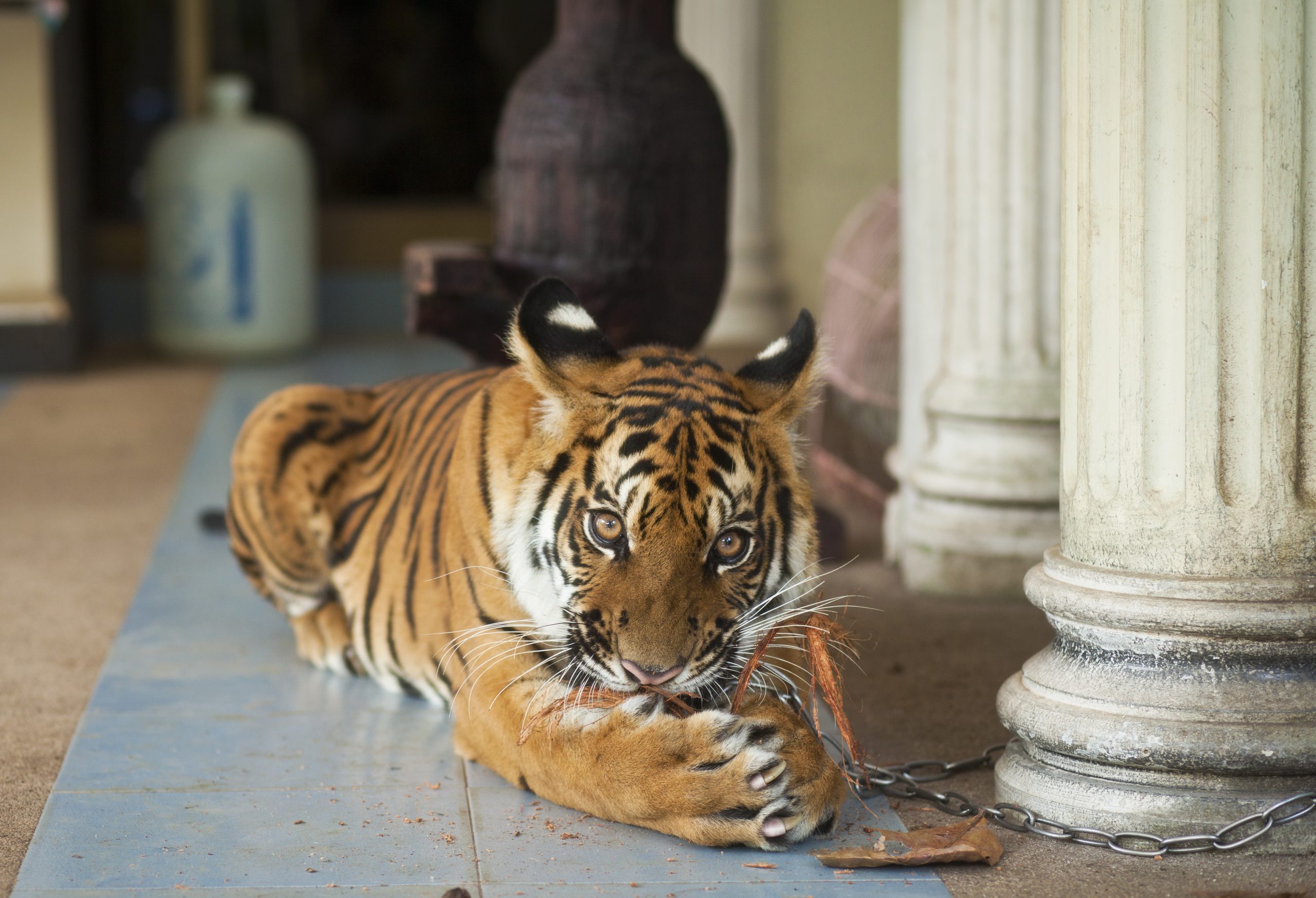 Through petitions, we can reach those in power and demand justice for others. They are valuable tools for making positive changes in the world. If you are looking for a way to help animals and humans, here are 10 petitions you should sign this week, including Pass Stronger Laws Against Wildlife Cruelty, Overturn Anti-Abortion Laws, and Investigate Abusive Zoos.

Bob Baffert is a horse trainer with over 3,000 first-place wins and over $3 million in earnings. He has also had three of the horses that he trains test positive for drugs that are used to mask injuries and improve performance. These drugs are often deadly for horses as they can lead to terrible injuries and accidents on the racetrack. While there have been some changes to protect racehorses, they will never be safe in an industry that exploits them for profit and human entertainment. Cruel trainers like Baffert need to be held accountable as the first step to getting rid of this cruel industry. Sign this petition to demand that the National Thoroughbred Racing Association ban Bob Baffert from ever training another horse!

Patrick Montgomery allegedly helped storm the U.S. Capitol building during an illegal insurrectionist movement — where video evidence suggests that he violently attacked a police officer. He also has a felony conviction from an armed robbery. Both these crimes make it illegal for him to have a gun, but that didn’t stop him. Recently, he used a gun to illegally shoot a mountain lion. The poor animal was not killed by the bullet and died a slow, painful death after Montgomery sent his dogs to finish the murder. Fortunately, authorities acted quickly and banned him from hunting, possessing firearms, and going outside of his home (except for in a few cases.) However, his actions show a clear link between cruel animal murder and torture, and violence against humans. Sign this petition to demand that Colorado state lawmakers pass stronger laws against wildlife cruelty!

3. Spay and Neuter Cats and Dogs in Greece

Spaying and neutering dogs and cats are extremely important for their welfare. Without doing so, stray populations can get out of control, causing many of them to needlessly suffer. This also puts strain on shelters, which are already overburdened. That’s why it’s amazing that Greece is considering legislation that would require every pet owner to neuter or spay their companion animal. Not only would this help strays, but it would also help crackdown on breeding. The bill also includes a ban on dog and cat sales in pet stores, would make it illegal to advertise litter sales, and even puts a limit on the number of times licensed breeders can breed one animal. The proposed bill is built around five core animal rights: “Freedom from hunger and thirst, freedom from unnecessary suffering and strain, freedom from pain, injury and illness, freedom from fear and anxiety, and the freedom to express normal behaviors in appropriate living conditions.” Sign this petition to implore the Hellenic Parliament, aka Greece’s Parliament, to vote yes on the proposed bill that would make spaying and neutering owned cats and dogs mandatory!

4. Tell Congress to Overturn Anti-Abortion Laws in Texas and Mississippi

Texas Republican Governor Greg Abbott recently passed a “heartbeat ban” anti-abortion bill, which would block most abortions at around 6 weeks – earlier than many women even know they are pregnant. The law doesn’t even have an exception for rape and incest. Similarly, the Supreme Court recently decided to take on Mississippi’s anti-abortion law, which bans abortions at 15 weeks. This has been viewed as a potential challenge to Roe v. Wade., which is worrisome considering there is a 6-3 right-wing supermajority right now. Sign this petition to tell Congress to pass federal protections for abortion access before the Supreme Court guts Roe v. Wade!

5. Urge Congress and the Biden Administration to Help Vaccinate the World

While, in certain countries, including the US, vaccines have become widely available, with most people having the opportunity to schedule a vaccine appointment, there are still many people around the world who cannot get the vaccine. Cases are surging in certain countries and the US needs to step up to help with equitable vaccine procurement and delivery. Sign this petition to tell U.S. Congress and the Biden Administration to ensure the U.S. pays its fair share for fast and fair vaccine distribution and global investments in health systems and health workers. 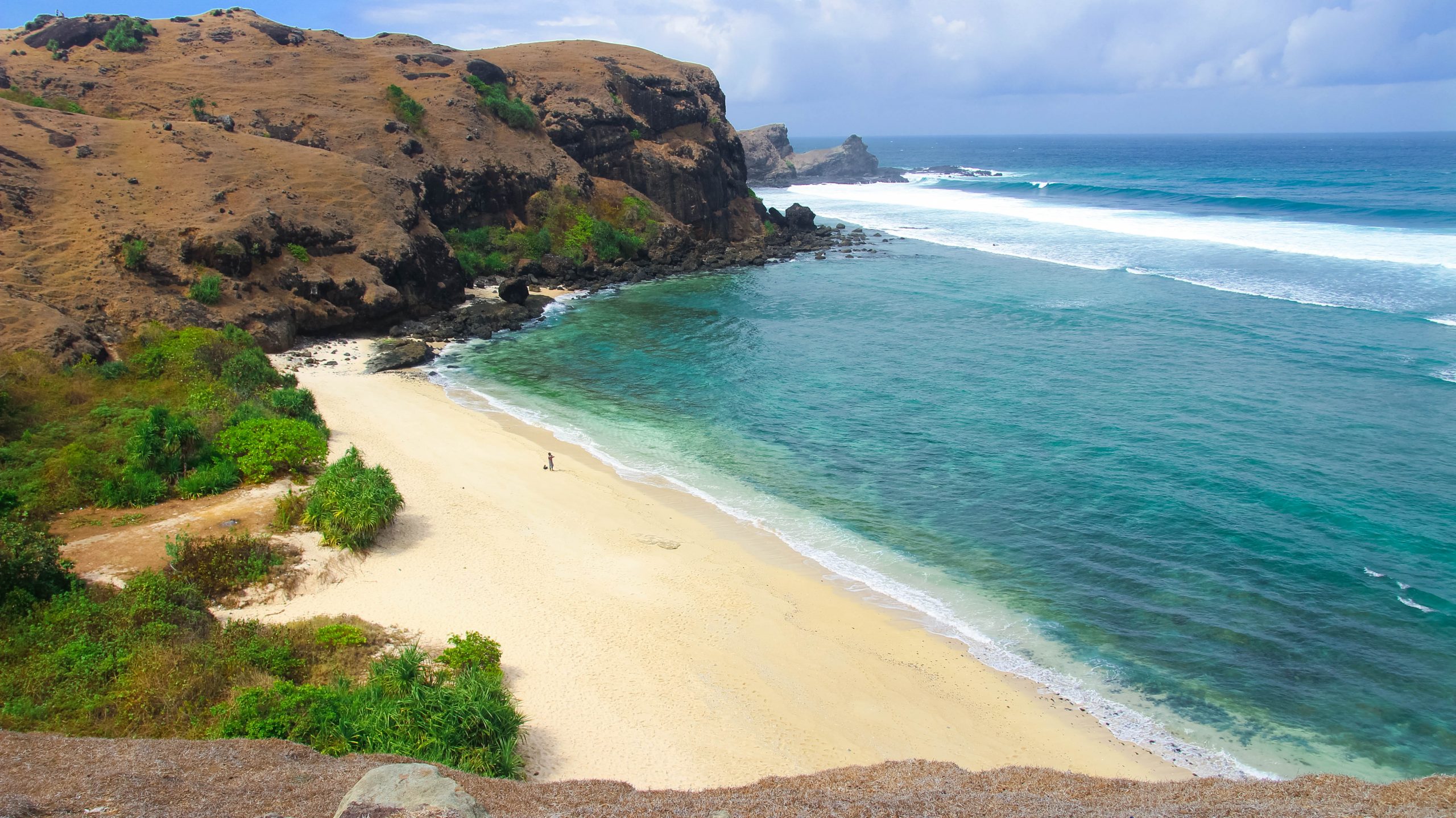 Mandalika, a stretch of coast to the east of Bali on the island of Lombok, has been chosen as the next big tourism destination. As a result, the Indonesian government has plans to build huge hotels, a Grand Prix motorcycle circuit, and other developments that will inevitably force locals from their homes. Locals have already been “subjected to threats and intimidation,” forced to leave their land without any reimbursement, alternative land to live on, or explanation. Locals have also had to live alongside construction sights that pose a threat to their own safety and wellbeing. Sign this petition to tell the Indonesian Government to give these people back their land and provide them with the legal rights they deserve!

President Biden has a goal to pull our military from Afghanistan by mid-July – ending America’s longest war. The unnecessary and devastating conflict has cost countless lives as well as up to $50 billion a year in American taxpayer money. The military budget is outrageous. Now that troops are leaving Afghanistan, it’s time to use that $50 billion for domestic issues such as ending homelessness, increasing health care access, battling the pandemic, among many other social issues that involve meeting people’s basic needs. Sign this petition to demand President Biden cuts the $50 billion/year from military spending when the war in Afghanistan ends!

8. 20 Companies are Responsible for Most Plastic Waste – They Must Switch to Sustainable Alternatives Now!

A new study found that twenty companies are responsible for the vast majority of plastic waste in the world. These companies are headquartered all over the world, with ExxonMobil of the US being the absolute worst. Because most plastic is made of oil and gas, all of these firms produce fossil fuels, petrochemicals, or both Experts estimate that nearly 10% of global greenhouse gas emissions will come from plastics within the next 30 years. These companies created the problem, now they need to solve it. Sign this petition to demand that these 20 corporations switch to producing eco-friendly, biodegradable options instead!

Bears Ears National Monument is important for many indigenous tribes and many species of wildlife. The area was around 1.5 million protected acres of land that Obama proclaimed a national monument. However, during his presidency, Trump, reduce the protected area by almost 85% so that he could open up much of the land to uranium and coal mining as well as gas and oil drilling. This also made it impossible for agencies in charge of the monument to create infrastructure like paths, signs, and parking that would allow people to visit without degrading the natural landscape. If Bears Ears was expanded to its original designation, the entire area would be afforded federal protection and maintenance. Sign this petition to demand that President Joe Biden and Secretary of the Interior Deb Haaland immediately restore Bears Ears National Monument to its original size!

Recently, after many visitors witnessed physical abuse, horrible conditions, and unwell-looking animals, an abusive tiger zoo in Thailand came under investigation and was closed. This is amazing news; however, that zoo isn’t the only one of its kind. Countless other “entertainment”-oriented zoos exist throughout Thailand. For example, Phuket Zoo has been accused of abusing and neglecting animals multiple times. Sign this petition to tell the government of Thailand to open thorough investigations into other abusive zoos, and provide assistance for workers who lost their jobs!