5 Species That Have Come Back From the Brink of Extinction

In December of 1973 the Endangered Species Act (ESA) was passed by Congress and signed into law. The ESA was the first of its kind to acknowledge and address the dim reality that hundreds of species of plants and animals were going extinct and many of the losses could be directly attributed to human interference.

Today, it is estimated that 52 percent of wildlife have disappeared from the face of the earth in the past 40 years, due largely to human causes. Between habitat destruction, climate change, and poaching, we have begun the fast progression of the sixth extinction. As the makers of the film Racing Extinction highlight, we do have  a chance to change our trajectory towards the imminent destruction of the world’s plant and animal life – but we have to put in the work to make it possible.

Thanks to the ESA and the hard work of countless dedicated individuals, a number of species have been able to come back from the very brink of extinction. Check out these five:

The war between Man and Wolf has been occurring for years. Despite their ruthless and brutal reputation, it was humans who hunted and decimated wolf populations in the 1900’s. With their former range spread out extensively over the lower 48 states severely diminished, the gray wolf was reduced to only a small population located in northeast Minnesota and Michigan. It was not until the 1960’s that we began to understand naturally occurring ecosystems and the direct effect losing any species would have on them, in particular the loss of apex predators. The gray wolf was given protection in 1973 and during the 1980’s wolves began to populate Glacier National Park. In 1995 fourteen wolves were captured and moved from Alberta, Canada to Yellowstone National Park as part of a reintroduction process. Thanks to the ESA protection, wolf re-introduction, habitat restoration, hunting laws and public education, the gray wolf has made a comeback with over 5,000 individuals in the lower 48 states.

Estimated to be more than 150 million years old, the American alligator is found throughout the southeastern United States. Fiercely hunted for their hide, populations plummeted in the late 1960’s. The American alligator was added to the Endangered Species Act in 1967. Due to strict conservation measures implemented by the U.S. Fish and Wildlife Service in conjunction with the wildlife agencies in the southern states as well as help from the Lacey Act, these unique and prehistoric reptiles have fully recovered. The American alligator still remains listed as threatened but only because they are so similar in appearance to the American crocodile, which are endangered. An estimated five million American Alligators can be found in the southern states. 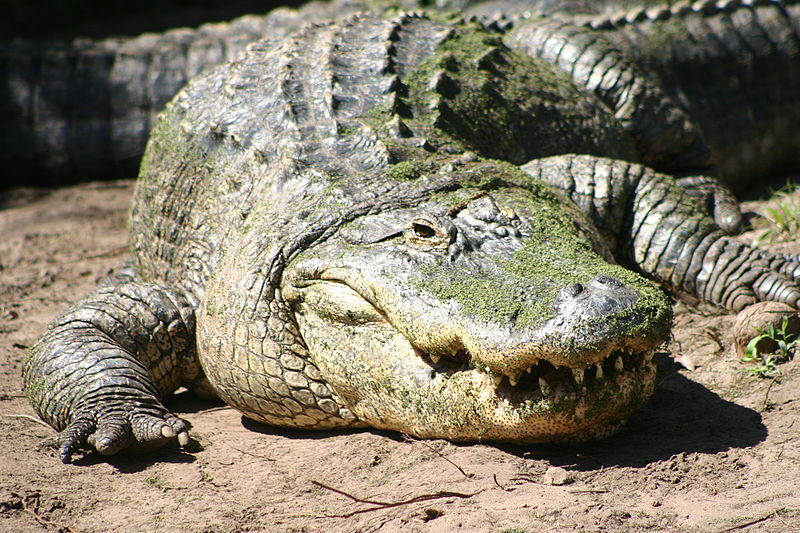 Found on every continent except Antarctica and one of the longest migrating species in North America the peregrine falcon was nearly wiped out in the 1950’s to 1970’s due to DDT poisoning. How? DDT was used regularly after World War II to eliminate pests. Peregrine falcons, being apex predators, were feeding on smaller birds that had consumed DDT through seeds, insects and fish. DDT poisoning harmed the adult falcons and triggered the production of thin eggshells ultimately preventing offspring from developing. The negative effects DDT would have on wildlife and fauna were not fully grasped until the 1960’s when Rachel Carson emphasized the dangers in her book Silent Spring. The peregrine falcon was listed as endangered in 1970 and the Peregrine Fund formed. Captive breeding efforts along with the banning of dangerous pesticides helped the peregrine falcon reestablish its wild population and they were removed from the endangered species list in 1999. Today there are an estimated 1,650 breeding pairs in the United States. 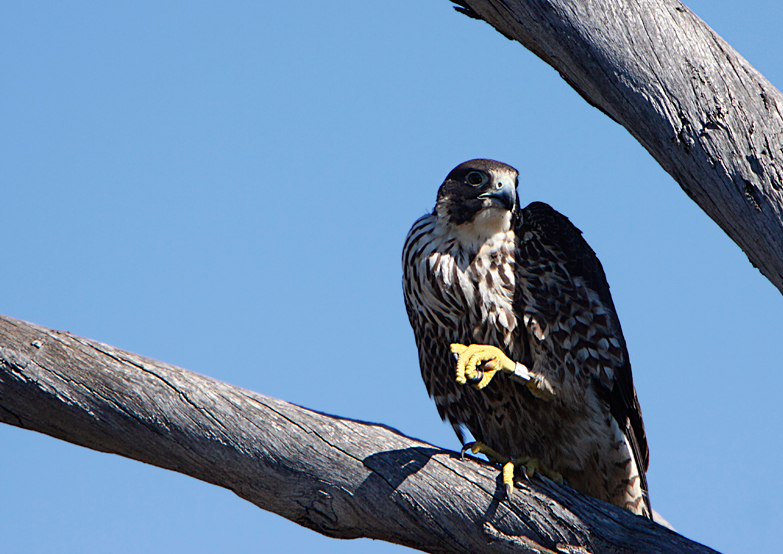 Prior to the arrival of the Europeans the grizzly bear inhabited the lower 48 states with approximately 50,000 individuals roaming freely during the 1800’s. By the 1930’s the grizzly bear occupied less than two percent of their former range due to hunting and loss of habitat. The grizzly bear was given protection under the ESA in 1975 and a recovery plan was established. With only an estimated 1,800 individuals left in the wild, most of which are found in Yellowstone National Park, they are far from recovered. The construction of highways and cities in what was once natural grizzly bear habitat isolates the grizzly populations genetic diversity and gives cause for many bears to become habituated towards people. Nonetheless, grizzlies have begun to make a comeback. They are currently breeding and raising cubs in all areas of the established recovery zones as well as outside of it. The grizzly bear was removed from the endangered species list in 2007 and delisted to “threatened” status where they continue to be monitored and protected. 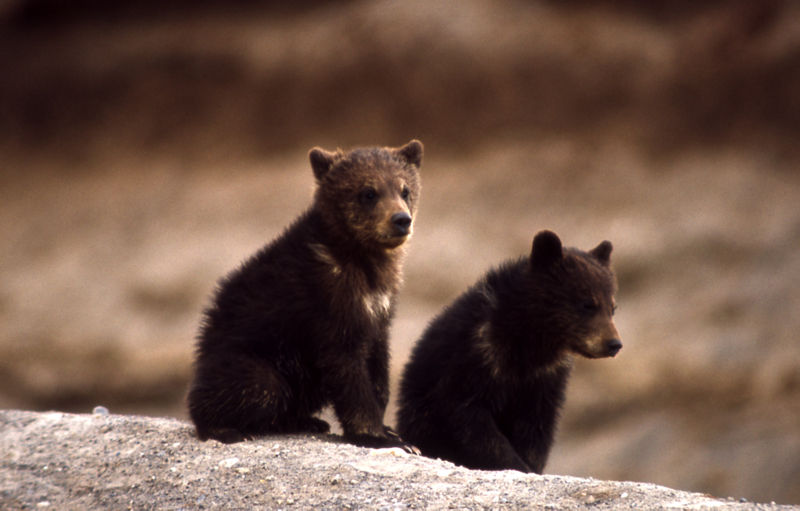 In 1941 a population assessment found only 21 wild whooping cranes in Canada and the United States. Known as the tallest bird in North America their populations were extirpated in the 1940’s due to habitat loss and hunting. In 1967, whooping crane eggs from Wood Buffalo National Park in Canada were transferred from their breeding grounds to the Patuxent Wildlife Research Center in Maryland. The Whooping Crane Recovery Team (WCRT) formed in 1995 of both U.S. and Canadian Wildlife Service Personnel and they currently work together to provide policy recommendations to the USFWS. In 2001 the WCRT met with the Whooping Crane Eastern Partnership to decide on a course of action to establish an eastern population of cranes that would migrate from Wisconsin to Florida. Their summer staff teaches the young cranes how to migrate south to Florida using lightweight aircrafts. (Check out Operation Migration) Today, thanks to the efforts of the conservationists who dedicated their lives to helping the cranes there are approximately 600 whooping cranes mating and breeding in the wild. 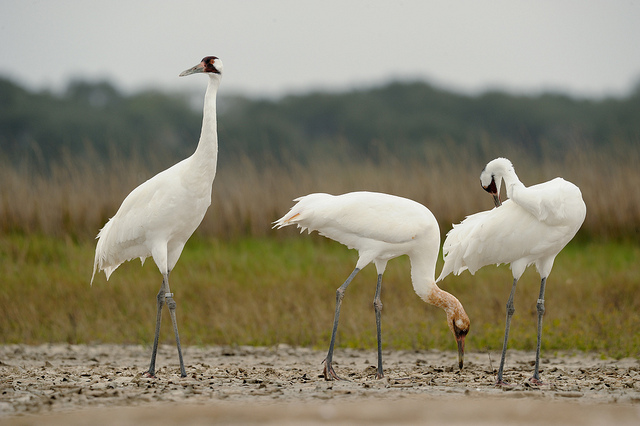 Hope for Other Species

These five species have come back from the brink of extinction but there are still over 1,000 plants and animals currently listed as endangered or threatened, with many more being evaluated. Since the loss of dinosaurs 65 million years ago the world has not seen species die off at such a rapid rate … until now. Although extinction occurs naturally as a background extinction rate of approximately one to five species a year, we are losing species at 1,000–10,000 times the natural rate. The human race has and continues to grow exponentially while other species struggle to survive. Scientists and environmentalists work tirelessly to protect and preserve these important members of our ecosystems; but there are some things that you, personally, can do to help out too. With a common goal in mind we can all do something to ensure the survival and success of not just these animals that are recovering but of those still in dire need of our help.