So You Want a Pet Wolf? Here’s Why You Should Probably Reconsider 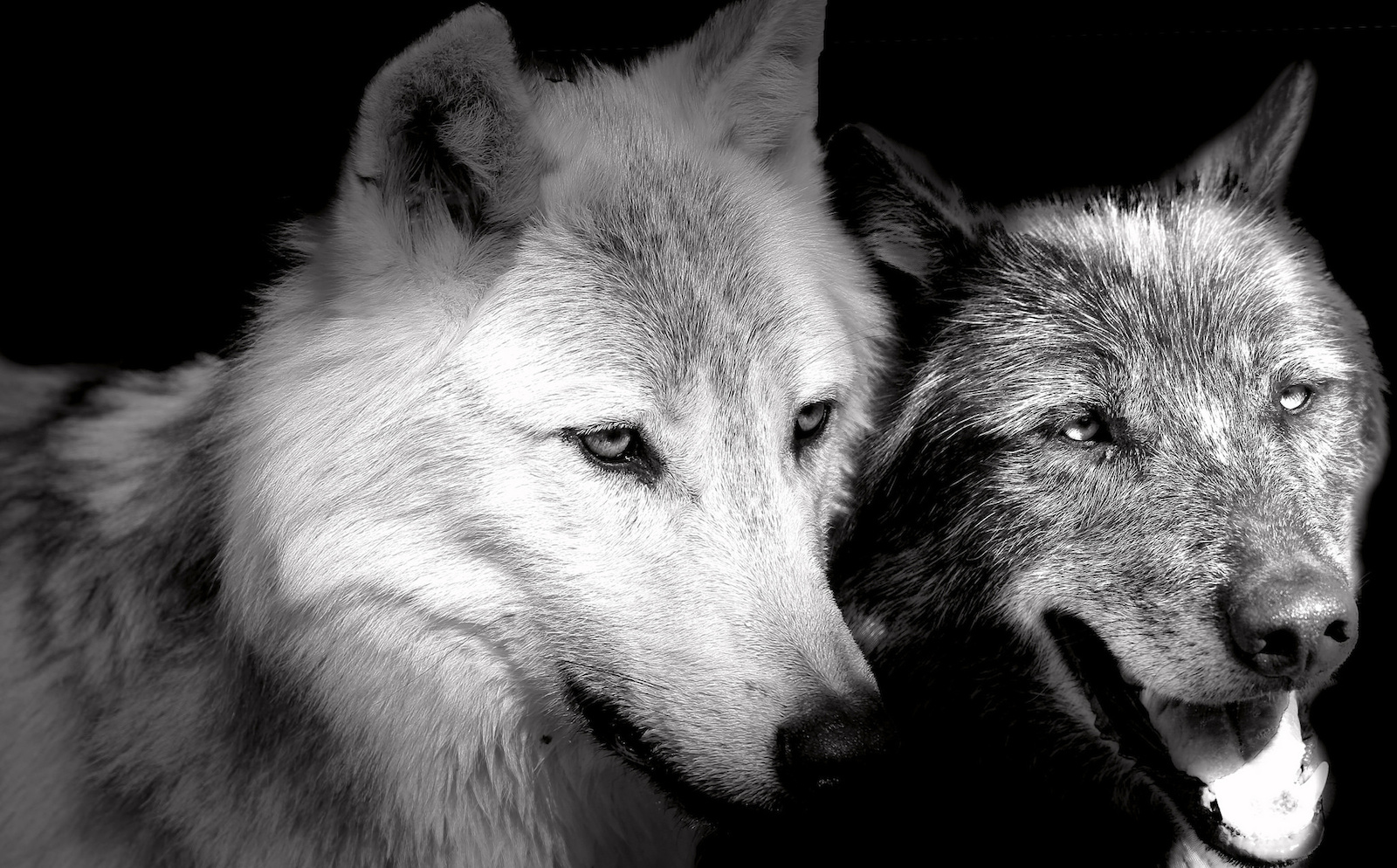 Wolves have long been admired for their status and wild spirit; these animals are both feared and cherished. But sadly, their beauty and close proximity to the dogs we welcome into our homes, has made keeping a wolf or wolf hybrid as a pet something many people dream of doing. The idea of bringing such a majestic animal into your home as a companion may sound great, but there is much to think about before deciding to pursue it.

Despite physical and genetic similarities between dogs and wolves, their personalities and behaviors are vastly different. For the past 10,000 years, people and dogs have lived and grown together. We have bred dogs to assist us and to live in harmony with our lifestyles. Although we might not realize it, we have selectively bred them for flexibility and an eagerness to please. Wolves, however, have spent the last 10,000 years as wild animals, living on their own and fending for themselves. Even raising a wolf from the time it is a puppy won’t erase the instinctual behaviors they will have.

Despite this knowledge, many people end up going out and purchasing a wolf or wolfdog. As puppies, these animals seem quite similar to dogs. They are happy, playful and adorable. As they approach sexual maturity, however, most become territorial, pack-oriented and predatorial … personality traits that do not make for an ideal animal to share your home with. Many of these animals end up destroying furniture and homes, terrorizing other pets and their natural behaviors are perceived as aggressive.

Typical wolf behaviors may frighten those who are unfamiliar with them. For example, wolves greet one another with “mouth hugs.” Gently biting one another’s face is a “hello” rather than a form of aggression. Having an animal the size of a wolf grabbing you by the face is enough to freak out even the calmest pet parents. If children are around an animal that displays these behaviors, it can easily make even the most educated parents nervous. Because of these unusual and un-dog-like behaviors, many pet wolves and wolfdogs end up living miserable lives, chained up outside or sent to, already overcrowded, sanctuaries.

Having a wolfdog appeals to many because of the belief that these animals are the “best” of both worlds. They will have the beauty and looks of a wolf, but the temperament and personality of a loving, doting dog. The desire to own one of these illustrious animals has increased their demand and led many to try and breed them.

Unfortunately, it is almost impossible to tell how many wolf hybrids are being kept as pets at any given time because some people who have legitimate wolf hybrids choose to register them as Husky, Malamute, or Shepherd mix, to avoid legal issues. Some who claim they have a wolfdog actually have a mix of dog breeds that end up having similar characteristics to a wolf.

Without knowledge of the animal’s lineage, there is no way to tell if the dog is a wolf hybrid or not. Experts familiar with phenotypic traits of wolves are the best at making educated guesses as to an animal’s background. But it is still guesswork.

The issue occurs when a dog who is thought to have wolf genes ends up in a shelter.  These animals are considered inherently dangerous, so many shelters do not want the liability of adopting them out and they end up being euthanized. A fraction of these dogs may end up in sanctuaries specifically designed for wolves and wolf hybrids.

There are many legal issues involved with keeping a wolf in the U.S. It is felt that wolfdogs are not only the most misunderstood animals in the U.S., but also the most mismanaged. Though some feel they are wonderful pets, many opponents argue that they are unpredictable, impossible to train and inherently dangerous. Because of this, having a wolf or wolfdog as a pet is illegal in many places and is often associated with many rules in others – and with good reason.

Sadly, there is no federal law regarding the ownership of a wolf or wolfdog. Laws are left to be determined by the individual states. It is illegal to keep them in Connecticut, Hawaii, Idaho, Maryland and several other states. In Alaska, it is illegal unless your wolf has been grandfathered in. Some states, like Texas, Ohio, and North Carolina, do not regulate ownership on a state level, but rather, leave it up to individual counties. This often leads to wolves and wolf hybrids falling into the hands of caretakers who find they cannot care for these semi-wild creatures, causing them to abandon or abuse these animals.

As if that wasn’t enough to deter you from considering a wolf or wolf hybrid as a pet, there are some care issues that come up with having these beautiful animals. It turns out that there are no approved rabies vaccines for wolves or wolfdogs. Though owners are encouraged to vaccinate their pets, they have two options when doing so. They can either lie to their vet about what breed the animal is, or they can sign a waiver that states they understand the vaccinate is not approved, so if their animal bites someone it will be impounded, often ending with euthanasia.

Wolves also require much more exercise than dogs, as they usually walk or run up to 100 miles a day in the wild. Their intense prey drive, however, makes it nearly impossible (and often illegal) to have these animals off-leash.

Many wolf or wolfdog parents end up overwhelmed and underprepared for the challenges that come along with caring for such intelligent and cunning animals. A combination of wolf and dog can lead to any number of personality traits and characteristics. You may be lucky and come across an extremely docile wolf-hybrid, but there is a real chance that the animal you invite into your home is truly wild.

“Wolfdogs aren’t easily pegged because they’re essentially a combination of wild and domesticated animals,” says Kim Miles to The Bark, vice president of the Florida Lupine Association. “A dog is like a 12-year-old child, and a wolf is like a 35-year-old man. The dog will generally do what you want it to, but the wolf will do what you want only if he wants to do it himself.”

Because of these many challenges, captive wolves and wolf dogs often end up at sanctuaries across the U.S. These sanctuaries provide the best home possible for animals that can’t return to a home or the wild, but they are stuck living in limbo. And the saddest part about this is the fact that they would not be condemned to this life if we had not bred them in the first place.

“These are beautiful animals, and a lot of people are attracted to something that’s exotic and different,” says Nicole Wilde author of Wolfdogs: A–Z. “They want to own a piece of the wild, and they often say that the wolf is their spiritual sign or totem animal. Unfortunately, they don’t realize that it’s not really the same thing as having a wolf in their living room.”

Considering the fact that many wolf species in the U.S. are endangered, keeping these animals captive as pets just does not seem to make sense. There is a reason that wolves and dogs evolved apart from one another. It is our duty to keep these wild animals wild and adopt one of the countless (domestic) dogs living in U.S. shelters who need a proper forever home.