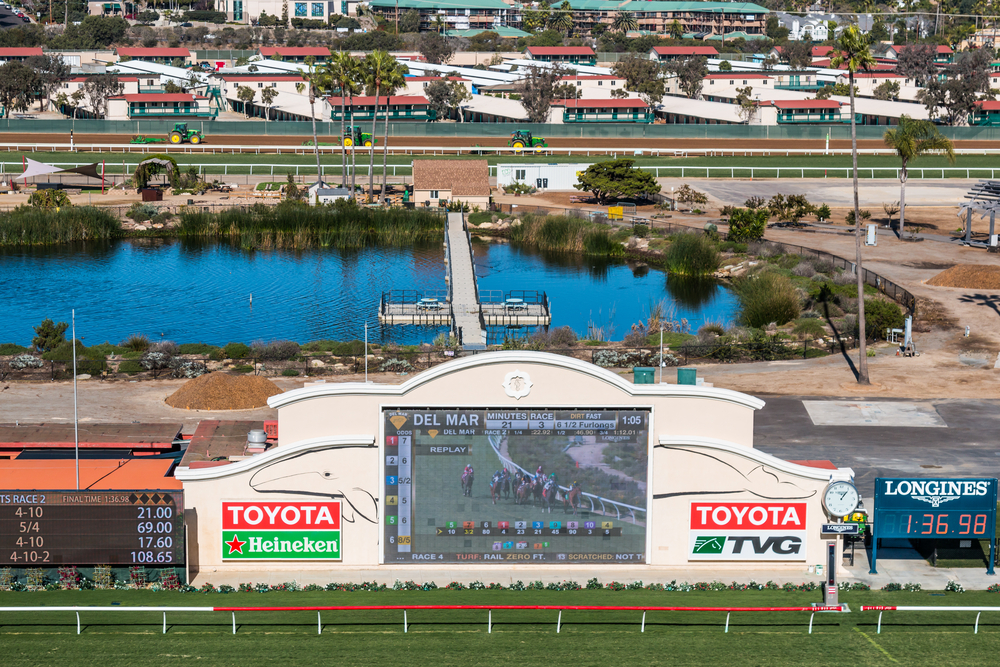 How many horses have to die at racetracks before the cruel sport of horse racing is abolished? The Santa Anita racetrack has been making headlines because over 30 horses have died there since December. When the number of fatalities reached 20, the track was shut down for tests to be run on the soil, but it turned out nothing was wrong with the race track itself. Well, other than what happens on it. Just days after it reopened, the 23rd horse died. This rate of deaths tells us that it’s horse racing itself that’s the problem.

There’s another racetrack in California where horses are dying at scary rates. On Sunday, two horses died and another was injured at Del Mar Racetrack. These were technically the first two horses to die during the racing season. But since July, the total number of deaths at the racetrack is six. Four died during practice.

Animal Wellness Action executive director Marty Irby told One Green Planet: “The body count continues to climb, and the American people will no longer tolerate the deaths of our iconic American horses for entertainment. The future of American horseracing lies in the hands of Congress, and if we don’t soon see a legislative fix to end doping, then the debate will shift away from eliminating doping in horseracing to eliminating horseracing itself.”

Currently, Animal Wellness Action is advocating for the Horse Racing Integrity Act to be passed by Congress. It would “take a tangible stride toward protecting American racehorses through the establishment of a national, uniform standard for drugs and medication in horse racing. It would also grant drug rulemaking, testing, and enforcement oversight to a private, non-profit, self-regulatory independent organization overseen by the United States Anti-Doping Agency (USADA) – the governing body that administers the Olympic anti-doping program, at no cost to the taxpayer.”