Simon Cowell Has Emotional Reunion with Dog He Helped Rescue 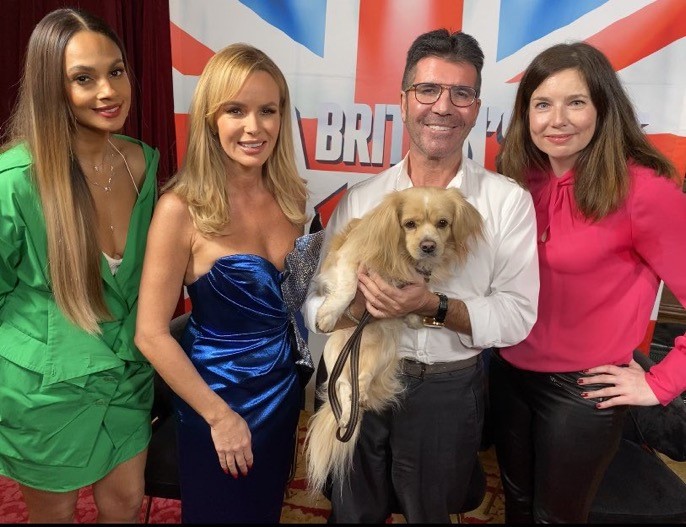 Humane Society International (HSI) helped saved 200 dogs with a donation from Simon Cowell, per an email from the animal rights group. Cowell met one of the pups in an emotional meeting. The dogs were rescued from South Korea’s harmful dog meat trade by HSI.

Robin, the maltese-cross was adopted by Good Morning Britain’s Philippa Tomson. Tom has also traveled with HSI to South Korea to help close down dog meat farms. So far, HSI has rescued more than 2,000 dogs and closed down 16 dog meat farms! 30 dogs, like Robin, have been sent to happy homes in the United Kingdom.

HSI Wendy Higgins said in an emailed statement of Cowell’s support, “Simon’s generous donation helped us save Robin and all the dogs languishing on the meat farm. We found them in the most appalling conditions, stuck in barren, rusty wire cages, and many of them were really suffering.  With every dog farm we close and every farmer we help switch to a more profitable, humane business, we’re demonstrating to the South Korean government that it’s possible to end this cruel trade. Most people in South Korea don’t eat dogs, and there are increasingly vocal calls in the country for an end to this brutal industry.”

See the video of the meeting, below:

Cowell said of the meeting, “This is difficult for me … but it is important because without people like you, he’d basically be in someone’s stomach. Now you think about that, right? And dogs will give up their lives for you. They really would…and they’ll look after your kids, they put their lives in front of your kids. I’ve seen it with my dogs, and my dogs are tiny. So what you do is so important, bless you.”