Shut Down Roadside Zoo Where a Man Was Mauled, Shut Down Cruel Ferret Breeding, and Outlaw Whips in Horse Racing: 10 Petitions to Sign this Week to Help People, Animals and the Planet! 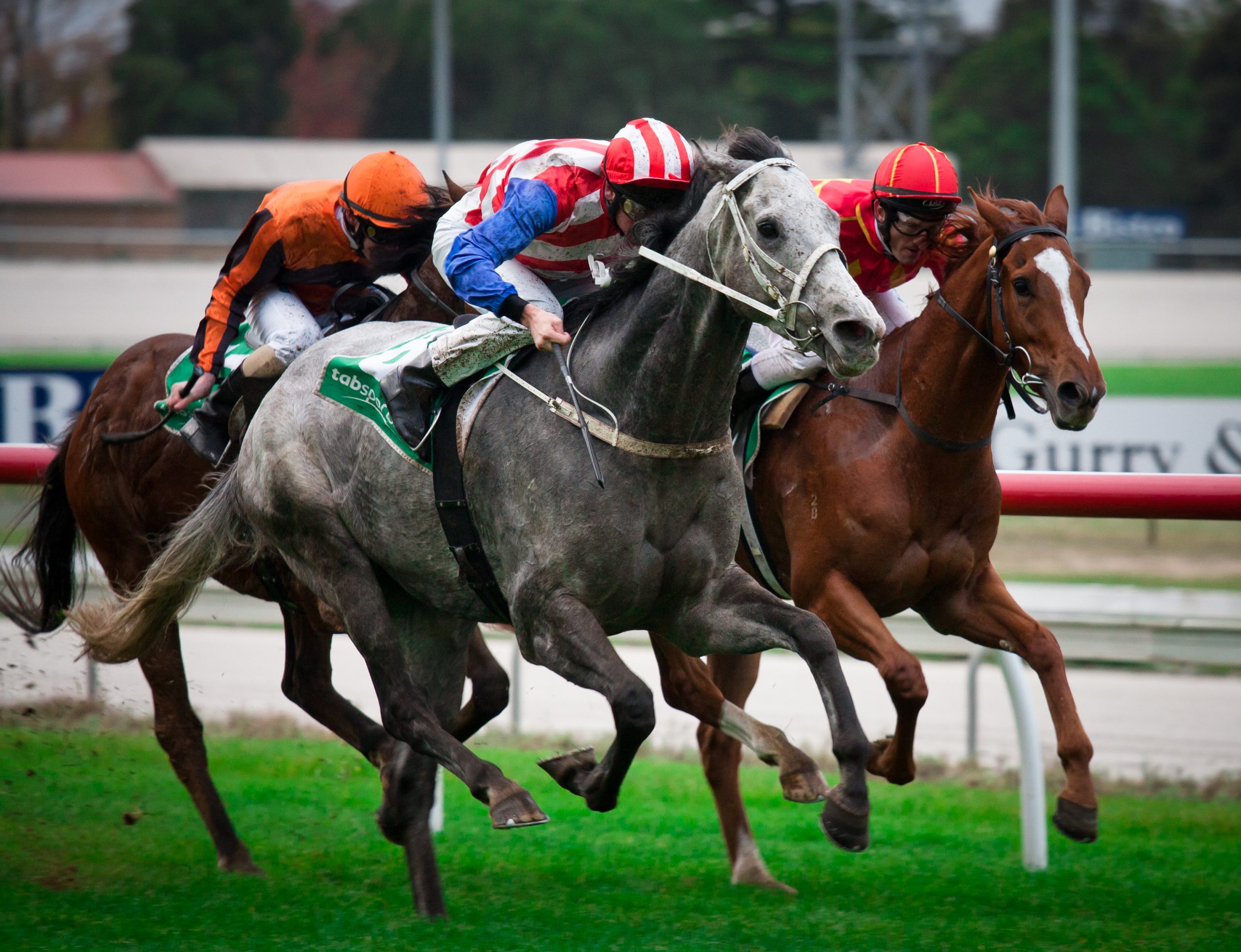 Through petitions, we can reach those in power and demand justice for others. They are valuable tools for making positive changes in the world. If you are looking for a way to help animals and humans, here are 10 petitions you should sign this week, including Shut Down Roadside Zoo Where a Man Was Mauled, Shut Down Cruel Ferret Breeding Farm, and Outlaw the Use of Whips in Horse Racing.

1. Shut Down Roadside Zoo Where a Man Was Mauled

Backyard and roadside zoos are always sites of tremendous suffering for the animals who live there. The animals are not given enough space, proper veterinary, or socialization. Furthermore, because these are wild animals that are forced to interact with people all day long, the animals suffer various forms of abuse. Recently, a leopard at a backyard zoo in Florida mauled a man who paid $150 for a “full-contact” experience. Michael Poggi, the man who owns this wildlife attraction, needs to held accountable for the poor treatment of his animals and the danger that he puts visitors in. Florida has issued some citations, but still not shut the place down for their illegal activity. Sign this petition to demand that Poggi’s Animal House is shut down immediately and all the animals are transferred to reputable sanctuaries!

2. Ban Kangaroo Ownership in the US 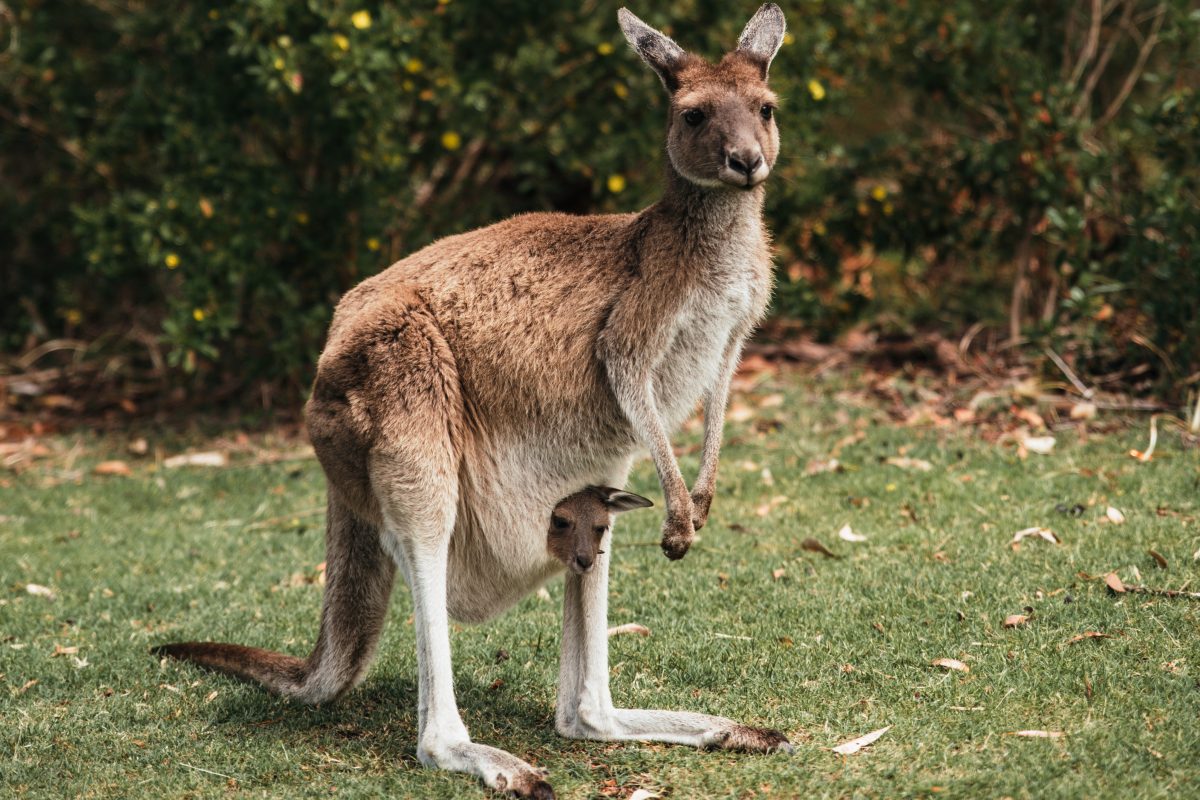 In around one-quarter of U.S. states, you can own a captive kangaroo in your backyard. Some of these states don’t even have any regulations on permits involved! Because owning a kangaroo is allowed, people can easily keep them in roadside zoos as tourist attractions where they will be abused and exploited. Kangaroos should be in the wild, not in a backyard of someone’s home or a small cage without much room to move around. Sign this petition to urge state lawmakers and governors in South Carolina, West Virginia, Wisconsin, and the rest of the U.S. states to ban people from owning kangaroos!

3. End the Public Sale of Fireworks in the UK 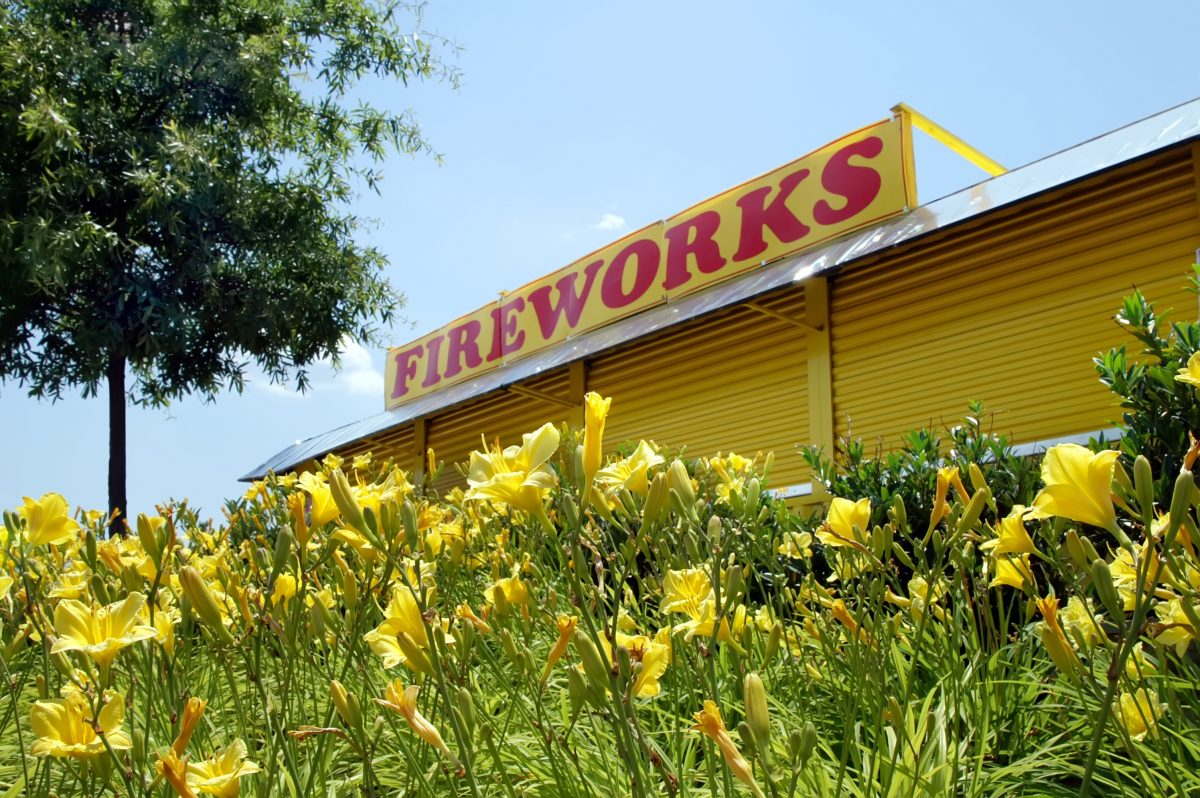 Fireworks are beautiful to watch during celebrations. However, they must be used safely and with regard to the people and animals that are in the area. On the eve of Bonfire Night in the United Kingdom, a group of people in Bristol decided to set off fireworks on their own properties. A baby zebra named Hope was so startled that she ran into the wall of her enclosure and died instantly. All celebrations and gatherings had been canceled, so Hope’s caretakers had no way of knowing or preparing for this event. If they had known, they could have put her in a safe enclosure. Because these fireworks were set off by non-professionals on private property, no planning could be done. Fireworks can also be traumatic for people with anxiety, PTSD, autism, or other sensory sensitivities, holidays that involve fireworks are a nightmare. Sign this petition to demand that the United Kingdom take fireworks off the market for the public!

4. Tell Biden to Add a Nurse to his COVID-19 Advisory Board

Nurses have gained a very important perspective of the virus this year. They risked their lives going into work, even when there was a shortage of PPE, and have been at the frontlines caring for patients with coronavirus since the beginning. Recently, President-elect Joe Biden announced his COVID-19 Transition Advisory Board. While the group of experienced public health experts, physicians, academics, and commissioners is a massive improvement from Trump’s task force, there isn’t a single nurse on Biden’s COVID response team. As the largest professional health care workforce in the U.S, nurses are the backbone of health care. Their expertise are needed on Biden’s task force to help address equipping and protecting frontline care workers as well as preventing them from burning out, two of the obstacles that have led to understaffed hospitals. Sign this petition to urge President-elect Biden to add a registered nurse to his COVID-19 advisory board.

While most of us know about puppy mills, there are also breeding mills for other types of animals that are just as cruel. Triple F Farms, Inc. has a monopoly on all ferret breeding in the U.S. Undercover investigations have found that cramped barns are filled with thousand of ferrets on concrete-and-wire floors, covered in fecal matter and decay. The ferrets are deprived of necessary veterinary attention as well as adequate food and water. They are abused and suffer injuries and illnesses, such as open wounds, bleeding and ruptured eyes, rectal prolapses, and herniated organs. The ferrets that appear “healthy” are sold as pets and the others are sent to research labs. Sign this petition to urge the U.S. Department of Agriculture to shut down Triple F Farms and end this nightmare of ferret breeding once and for all!

Right now, nearly 24 million American adults do not have enough to eat. With COVID-19 continuing to spread in the U.S, that number is expected to swell to 54 million, including 18 million children. Throughout his presidency, Trump continuously tried to slash the number of struggling Americans eligible for help and his administration proposed a “categorical eligibility” rule for the Supplemental Nutrition Assistance Program (SNAP.) This rule would cut benefits for 3 million people and impede automatic access to free school meals for nearly 1 million children. Food insecurity is a huge issue that has been exacerbated by the virus and must be dealt with. When Biden and Harris come into office, they should support as well as expand SNAP and WIC, which serves pregnant women, infants, and children. Sign this petition to urge the Biden-Harris administration to immediately stop and roll back the prior administration’s outrageous and cruel attacks on food assistance programs.

7.  Outlaw the Use of Whips in Australian Horseracing 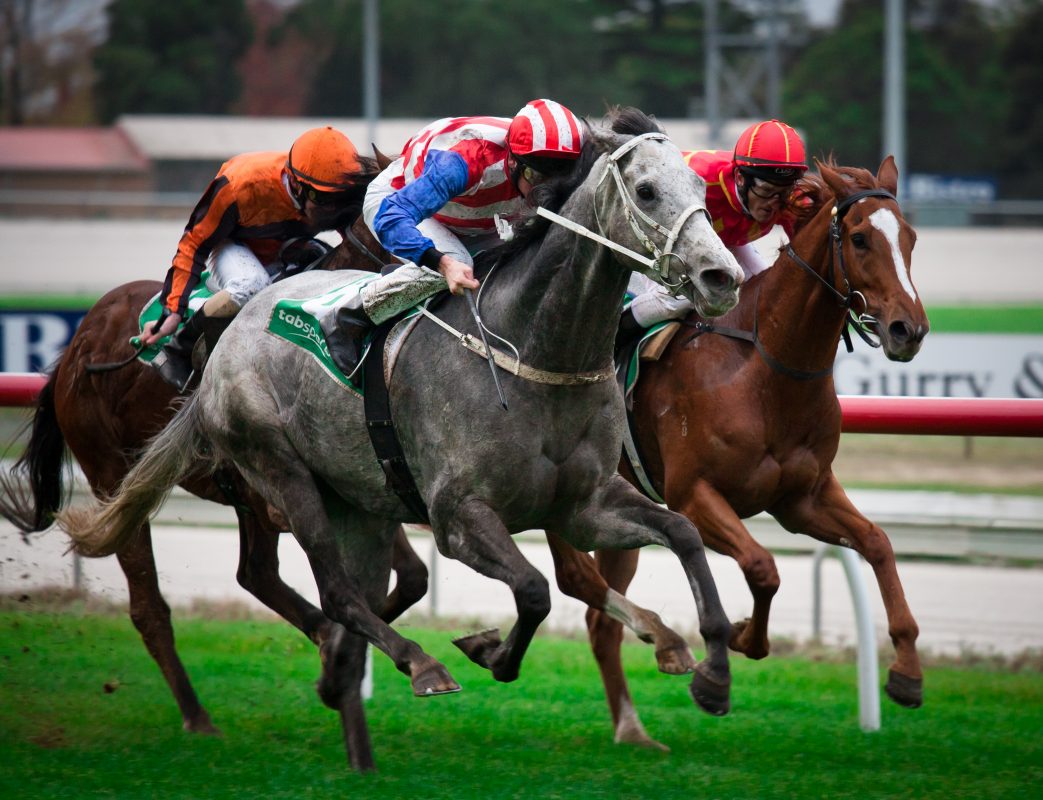 There are countless reforms that Australia’s horseracing industry, the fourth largest in the world, should have already adopted. However, Racing Australia, the nation’s administrative body that oversees and regulates the sport, is way behind in horse welfare standards compared to other European countries and the US. Recently, a study proved that whipping horses does not keep horses safer or make them ride faster. Plus, whipping hurts horses just as badly as it would a human. The riding crop is not a tool of communication or motivation; it is a painful display of power and antiquated tradition. Sign this petition demanding that Racing Australia outlaw the use of whips and riding crops!

8. Make Pre-School Accessible for All 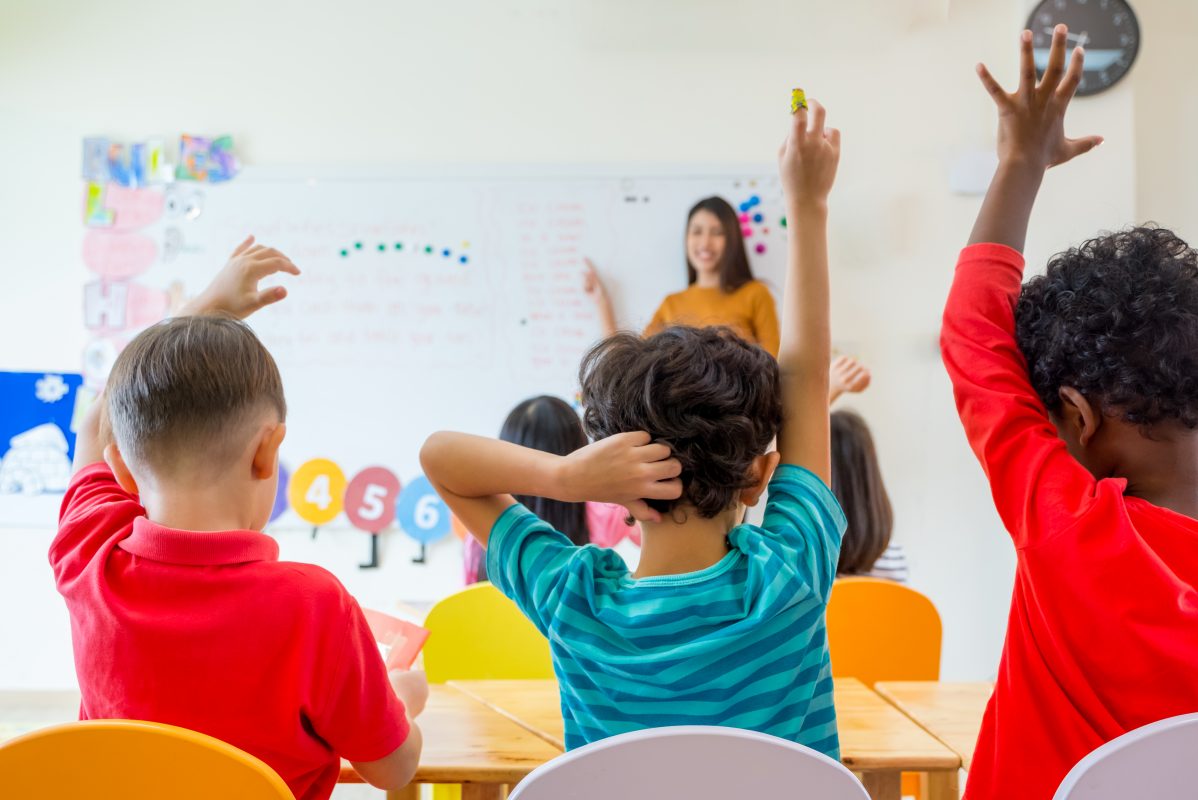 Currently, public education in the U.S. starts with kindergarten, when kids are around 5 or 6 years old. However, research shows that kids succeed in school when they have access to early education, typically starting around ages 3 or 4. Unfortunately, pre-schools aren’t available to many people because there isn’t a public option for preschool in most states. This lack of universal preschool contributes to inequity in the United States’ educational system and in the workforce. Single-parent households and guardians who are hourly workers or whose jobs do not provide them maternity or paternity leave or other benefits need access to childcare. It’s wrong to only have early education and childcare for those who can afford it. Sign this petition to urge every U.S. state to adopt preschool for all!

On October 22, the Constitutional Tribunal of the Republic of Poland tightened their already-restrictive abortion laws. Before, one could only get an abortion in the event of rape or incest, fetal abnormalities, or if the pregnant person’s life was threatened by the pregnancy. Now they have taken fetal abnormalities off that list. People are already forced to go to other countries and get illegal abortions because the law is so strict. Sign this petition to stand with pro-choice protestors in Poland and join their call on the Polish Government to stop further restricting access to safe, legal abortions. 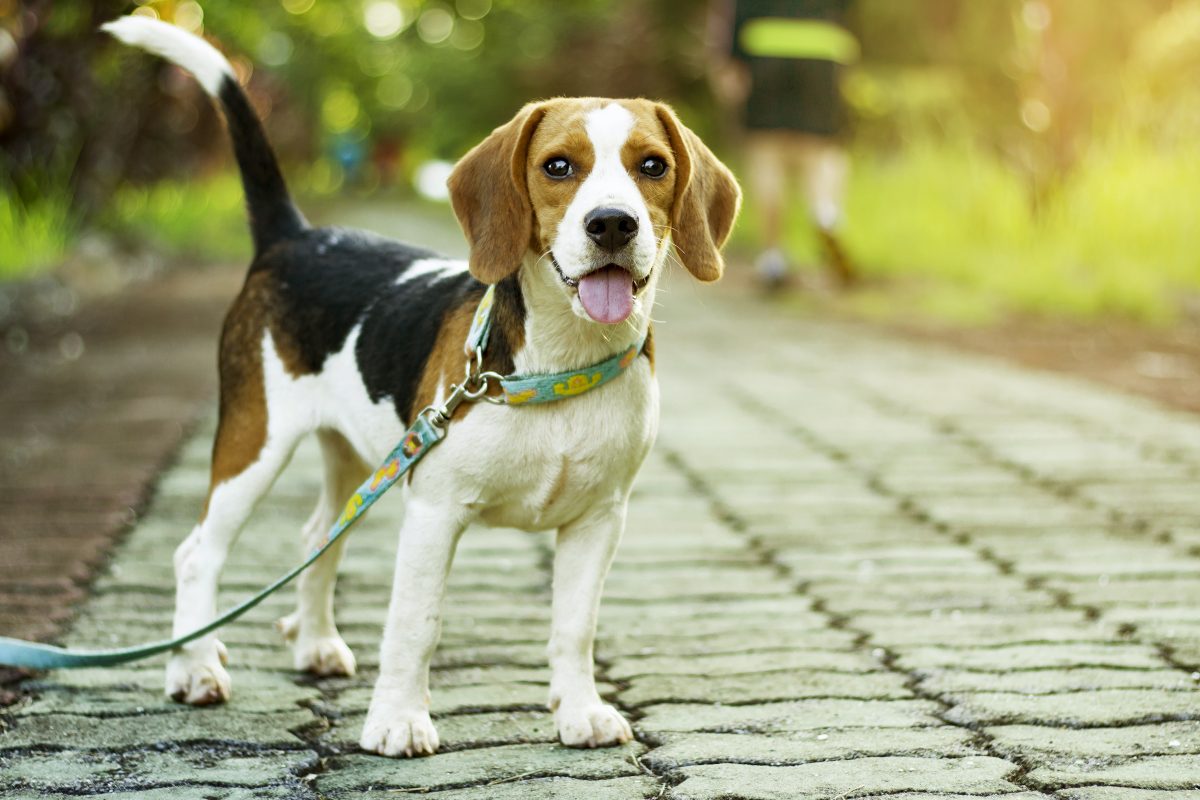 Walking dogs is super important to their health. Just like they need food and water, dogs need adequate exercise. Sadly, Weixin County of the Yunnan province of China recently imposed a ban on dog walking after complaints of unleashed dogs biting children. For the first offense, dog walkers will receive a warning, for the second, dog walkers will receive a fine of up to 200 yuan ($30 USD), and for the third, their dog will be seized and killed by local authorities. There are so many other ways to handle this situation, like mandating leashes. Many have spoken out and as a result, the county claimed that they might “reassess” their position. Sign this petition today to encourage Weixin County officials to drop the ban on dog walking and instead create information campaigns and regulations that enable responsible pet ownership.