You Will Never Eat Eggs Again After Reading This 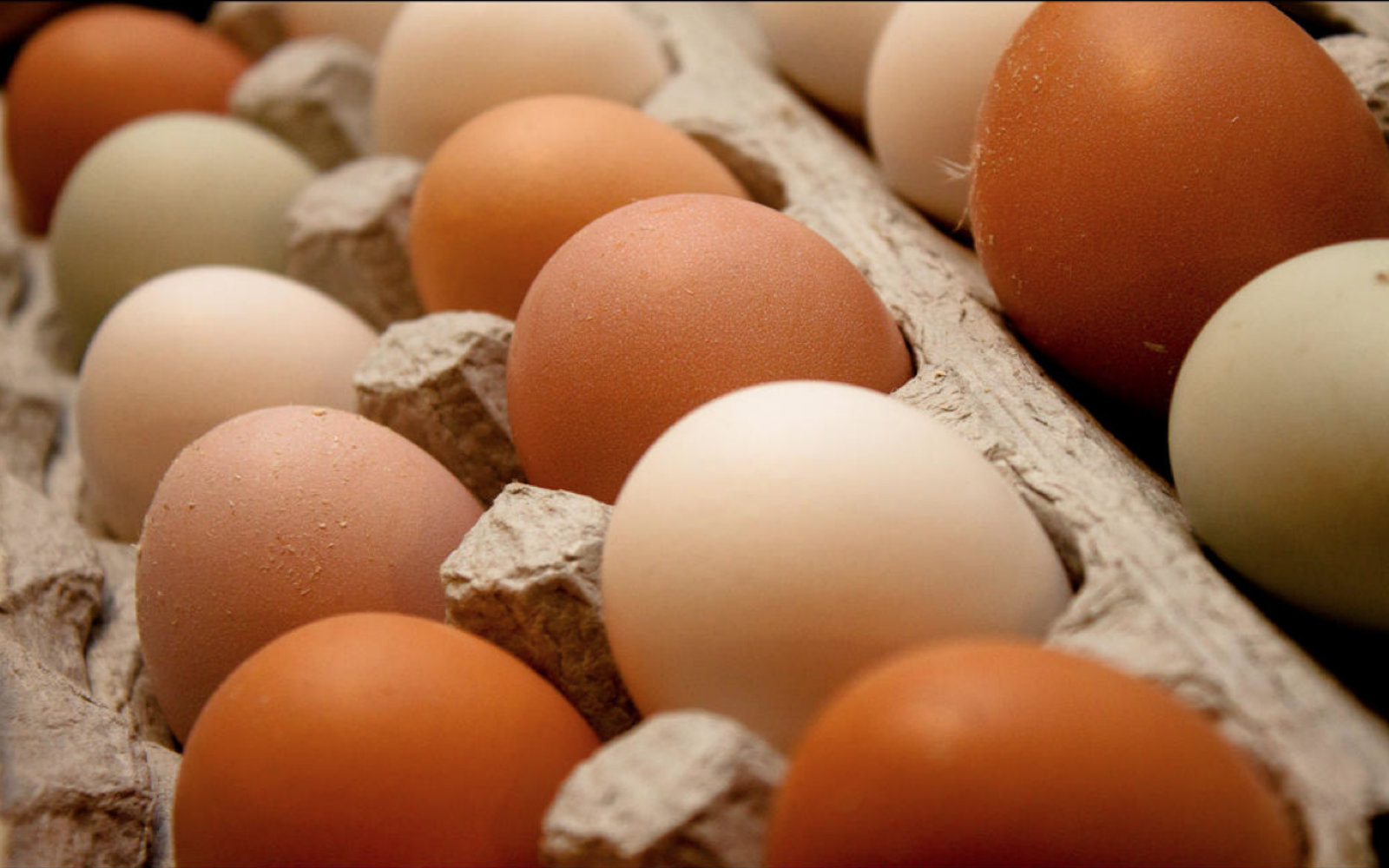 There are currently more than 300 million egg laying hens living in farms across the U.S., almost all of whom will suffer greatly during their short lives before being sent to slaughter.

The egg industry is shrouded in secrecy, misinformation, and marketing myths, all intended to hide the truth from consumers while goading others into making more “ethical’ egg choices. The reality is that cruelty, confinement, and death are part and parcel of egg production whether it is on a large scale battery caged operation, or an organic humanely raised free range farm.

Hens are used as egg laying machines, and whenever animals are seen as products their welfare and well-being always comes secondary to profit. Here are 10 shocking facts about egg production that highlight the fact that there is no ethical way to farm hens for eggs, only profitable ways for farms to exploit these innocent animals before killing them for cheap meat. 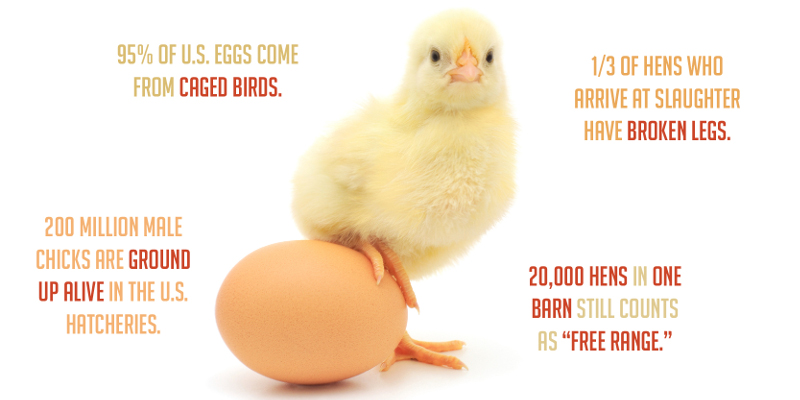 Each year, more than 200 million male chicks are ground up alive at just one day old in U.S. hatcheries. Males are considered to be a “byproduct” of the egg industry, and producers have no use for them. This happens in all hatcheries, whether free range, organic, battery, or cage free eggs.

At just a few days old, hens have their beaks burnt off without any anesthesia or pain relief. This procedure is carried out to prevent the hens from injuring themselves or each other when living in such cramped conditions. In reality it doesn’t stop injuries from occurring – it merely limits the amount of damage, and leaves hens struggling to eat.

In the U.S., approximately 95 percent of eggs come from battery caged hens. This means that all other forms of egg farms including cage free, humane, enriched, and free range farms only account for five per cent of the total.

4. Caged Hens are Unable to Extend Their Wings

The average battery cage has less floor space than the size of an iPad, giving chickens such a small area that they are unable to spread their wings, ever. Even chickens living in “group cages” are packed in so tightly that they do not have enough space to extend their wings.

5. Nearly One-Third of Hens Arriving at Slaughterhouses Have Broken Bones

Due to the cramped living conditions, poor diet, and terrible handling of hens throughout their lives, by the time they are sent to the slaughter house, an estimated 29% have broken bones. The meat from these laying hens is used for “lower grade” meat products, and the “canned, boned, and diced” meat is actually used by the National School Lunch Program.

At the end of a hen’s laying cycle, they are force-moulted in order to induce another cycle. This means starving the hens and keeping them in complete darkness for 10 to 15 days, a cruel practice which can double the mortality rate of hens during this period.

Despite what advertisements may lead us to believe, some hens living on free range farms may never see the daylight during their entire lifetime. The regulations only stipulate that hens have access to an outside area, but with thousands of birds being kept in each barn, tiny doors to the outside, and no regulations on how often the farmer even has to open these doors, the vast majority of hens never see this outside area.

No matter what type of egg farm the hens come from, they are sent to the slaughterhouse after just two or three laying cycles, meaning that no egg laying hen reaches their natural lifespan. This is another one of the inherently cruel practices that all egg farms are engaged in that nobody likes to think about.

There are many deliberate myths created by industry marketing teams, and the idea of free range is one of the biggest myths of all. Far from the idyllic vision of animals pecking about in the open green pasture, free range hens may be cramped up in huge barns with 20,000 or more other hens, never feeling the sun on their backs, or the grass beneath their feet.

Many consumers are led to believe that certain labels on the egg carton indicate that hens have led a happy, healthy, cruelty-free life. This not the truth, and regulations surrounding these labels are extremely lax. Organic and humanely raised hens still endure many of the same cruel practices as battery hens (such as de-beaking), are still sent to slaughter after just two of three laying cycles, and all male chicks are still murdered at just one day old.