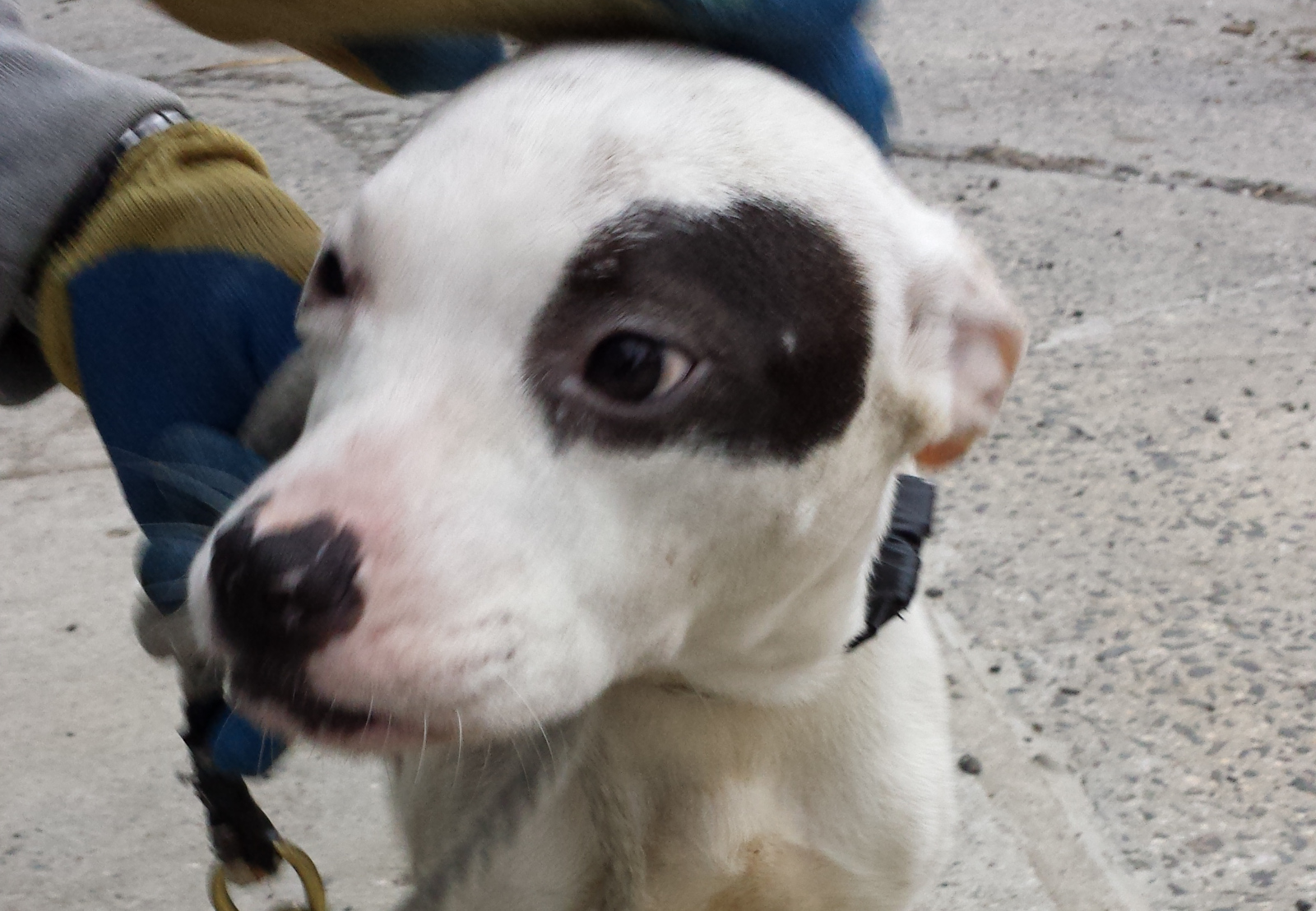 NYC’s Top Dog is not your everyday animal shelter. Located in the Bronx, the shelter is also a rescue organization that can house up to 80 rescued dogs and 60 rescued cats at any given time, although many of the rescue volunteers will foster the animals they rescue in their own homes. Most shelters are funded by the local government, but Top Dog and their New Beginnings Animal Rescue is funded primarily by donation and the majority of the staff members are volunteers.

This sort of model illustrates how Top Dog puts the animals they rescue first, doing everything from training, handling medical issues, solving behavior problems, and loving their rescue animals to ensure the highest chances that they will be adopted into a forever home.

This is precisely the goal for little Samantha, a rescued American Pit Bull Terrier, who was brought into the shelter and quickly won over the hearts of volunteers. 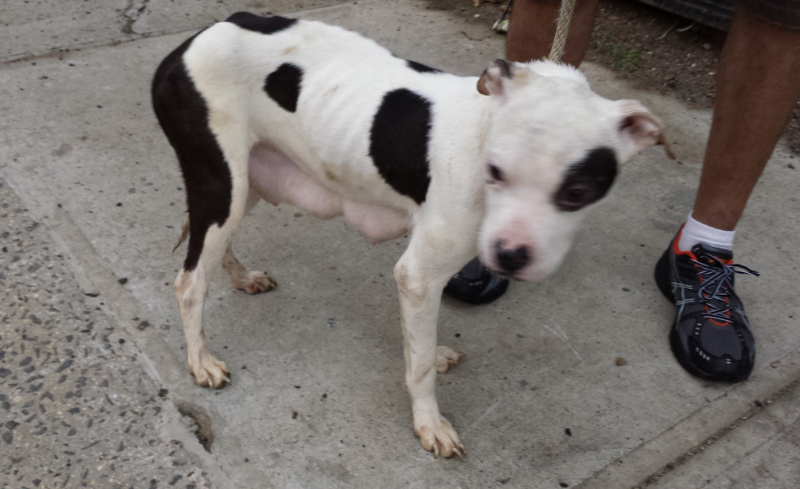 Samantha was found tied to a pole at the corner of 165 Street and Walton Avenue in the Bronx. Found without a single form of identification, her rescuers have no trace of where she had come from and who had so thoughtlessly left her all alone with no way to escape. 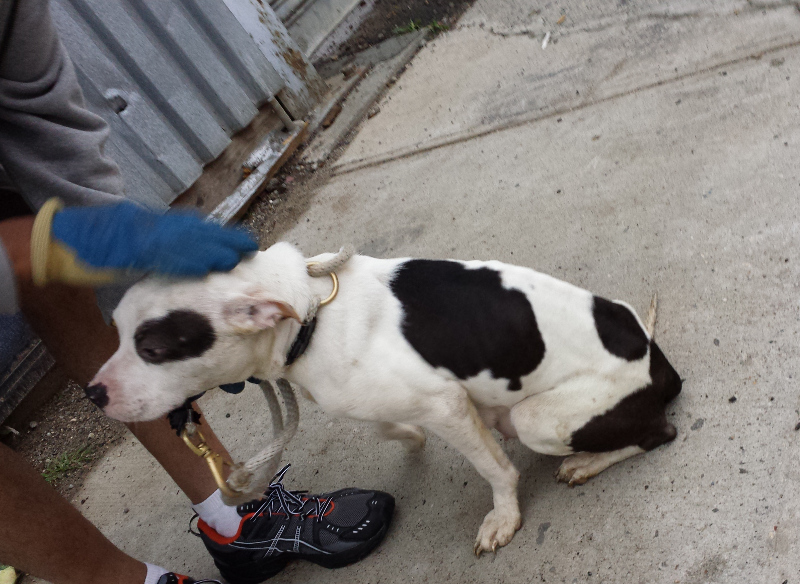 According to Pedro Rosario, the manager of Top Dog, when rescuers found Samantha, she was broken down “emotionally and spiritually.” He continues, “She was bred and her puppies were taken away.” 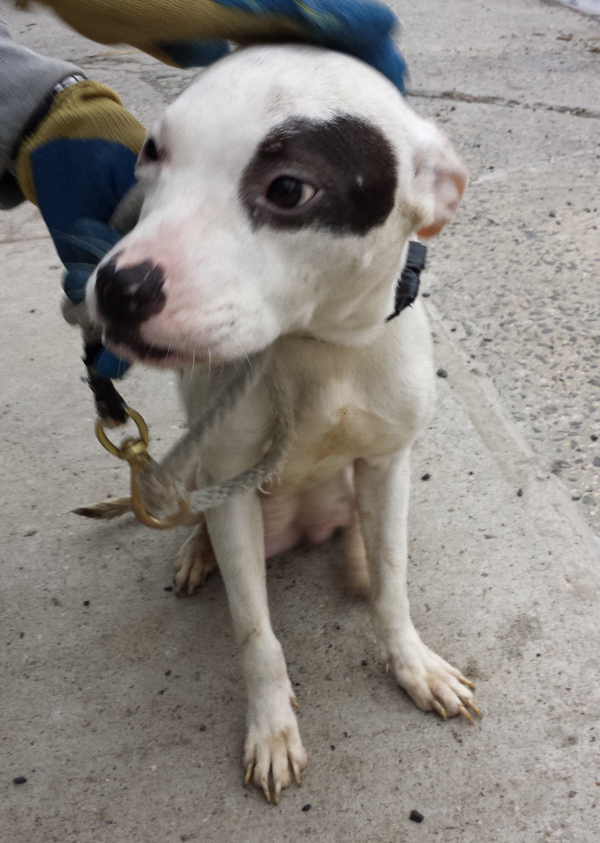 It was clear that Samantha had been used as a breeding dog, a fate that is extremely painful both emotionally and physically for dogs. Rosario explains, “She was tied up in the corner of 165th Street with no knowledge of knowing her puppies were taken cared of,” and physically, “her mammary glands were enlarged from feeding her puppies.”

Just telling from her malnourished physique, it is clear that Samantha had not been well taken care of in her previous home. Rosario tells OGP, “She was so emaciated that you could actually see and count her ribs.” 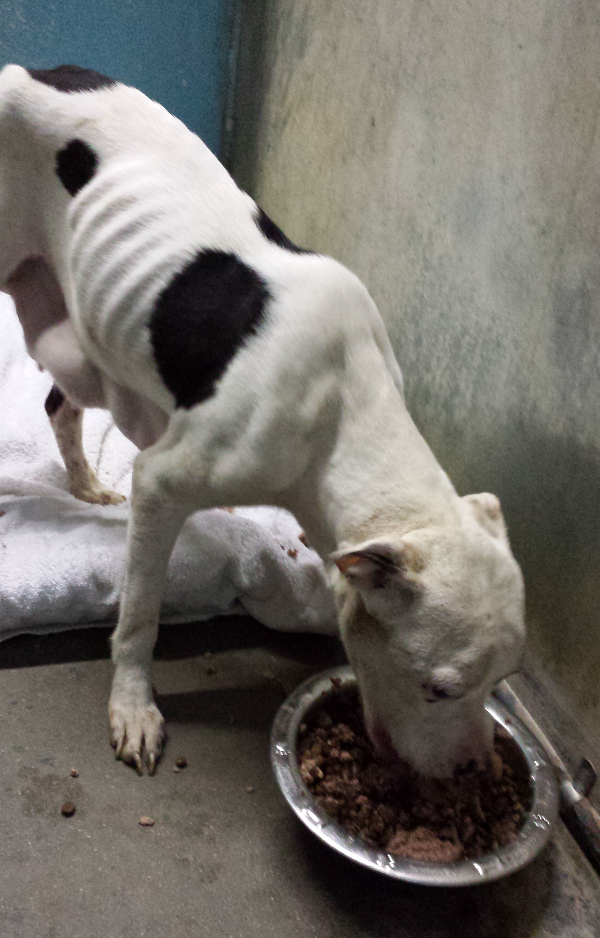 It is truly such a sad sight to see a wonderful animal, like Samantha, who is not given the chance to lead the happy, healthy life they deserve. In the words of Rosario, “Samantha is a dog that can be the best friend you ever wanted – and what she received in return, was being abandoned in the streets of the Bronx.”

All that changed, however, when Samantha was brought to Top Dog. She now is well taken care of by the loving staff, gets plenty of attention and hugs, and is being fed three times a day to help get her weight back up.

Samantha has made incredible progress over the short-period of time she has been at the shelter. Rosario explains, “She is getting better on a daily basis with all the interactions she receives from the staff and all the volunteers.”

Regardless of the abuse she may have undergone in her past, Samantha’s loving spirit could not be broken permanently. Rosario tells OGP, “She can’t wait for you to take her on a walk and wants to be with you when you’re walking with her. She is so sweet and playful. She loves to kiss you. She is full of love.” 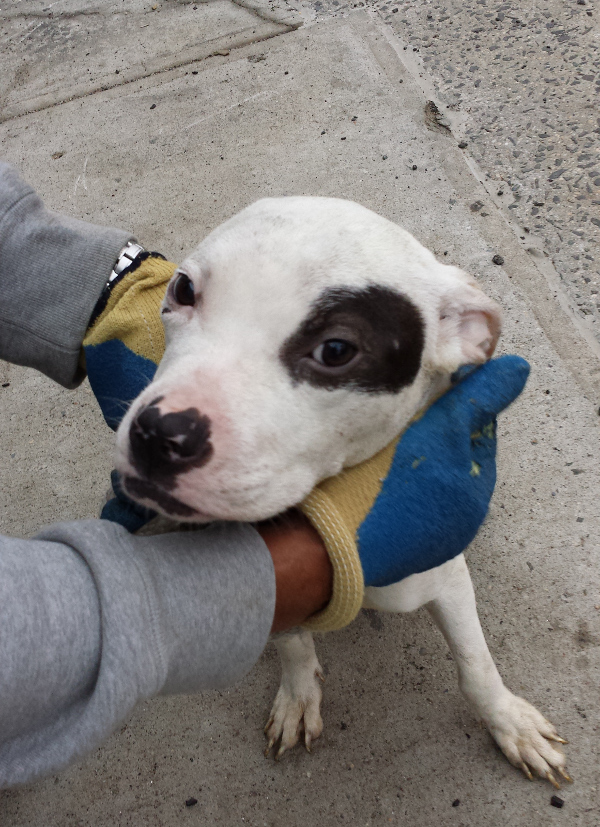 Having devoted the majority of his career-life to working with animals, Rosario knows just how important it is to be a good pet guardian,”We need to understand that an animal is not just an animal, they are like a family member that you have decided to give a home. An animal is not an item that you can dispose of whenever you feel it is “okay” to do so…We need to be their voice and speak for them.”

These are exactly the traits that the staff will hold to when looking for a new guardian for Samantha. She has been treated like an object and deserves so much more. Luckily for Samantha, she could not be in better hands to make this future a reality.

Top Dog receives over 700 rescues a year and is in need of your help to allow them to continue doing the amazing work they do for animals. To learn more about volunteering opportunities, click here. To make a donation to help keep their doors open and many happy mouths fed, click here.

A young couple who had been searching for a dog to rescue discovered the lucky pooch.According to her new owner, Halley is, “the most loving, fun and playful dog I’ve ever met.” Check out these sweet new photos of Halley getting all the love she deserves! 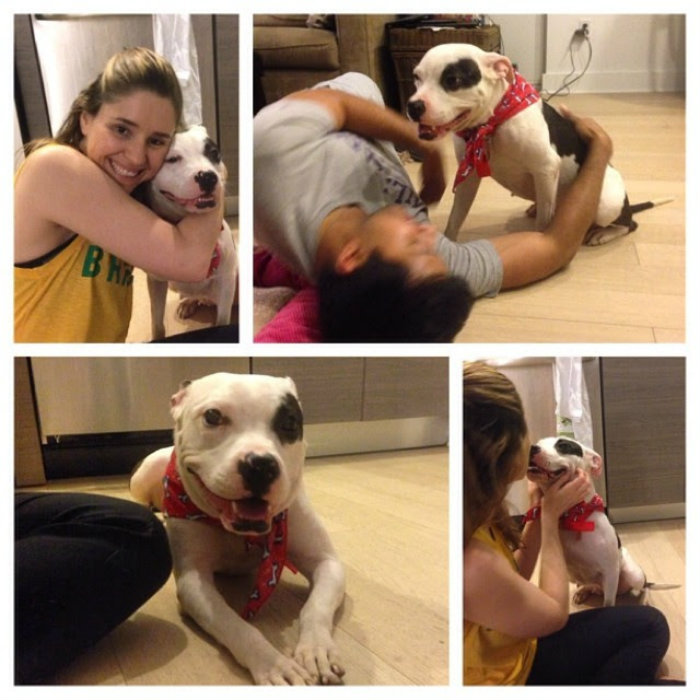 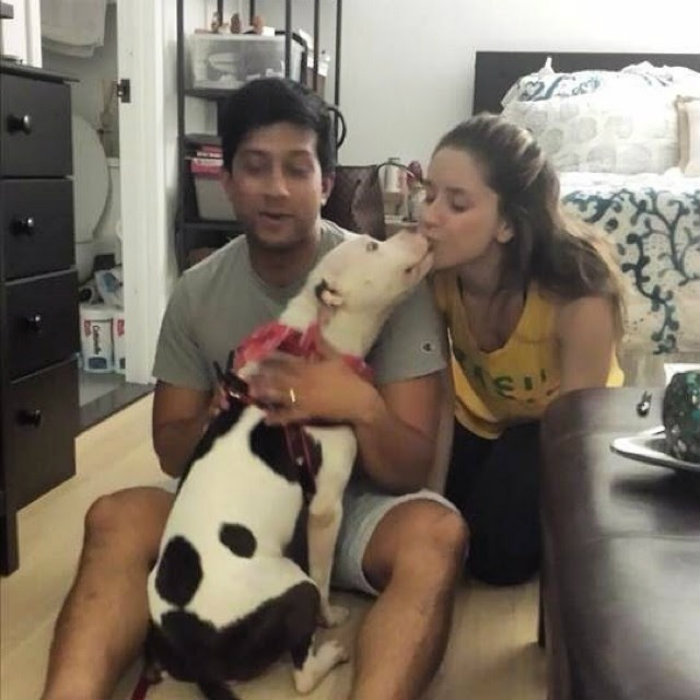 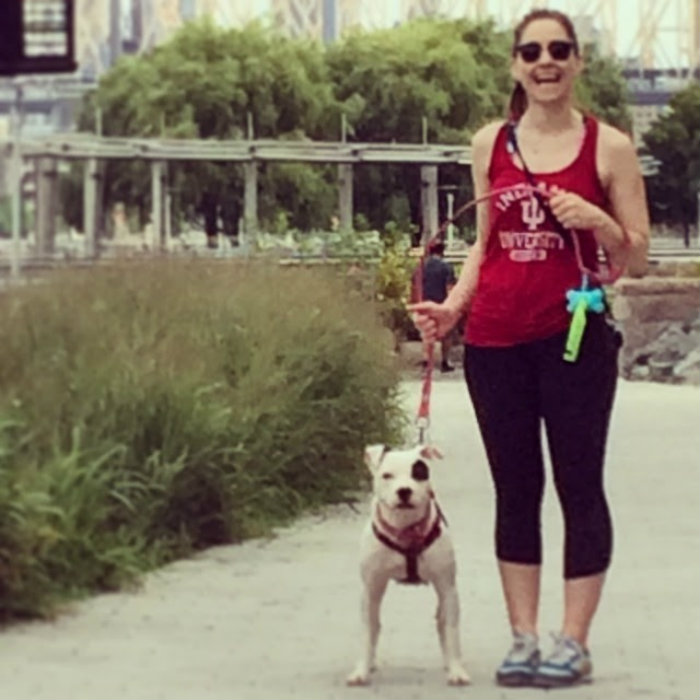 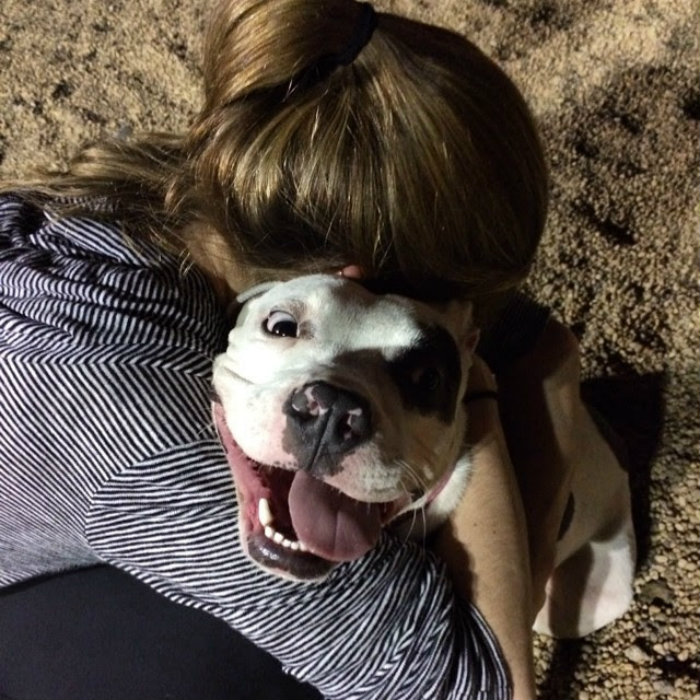