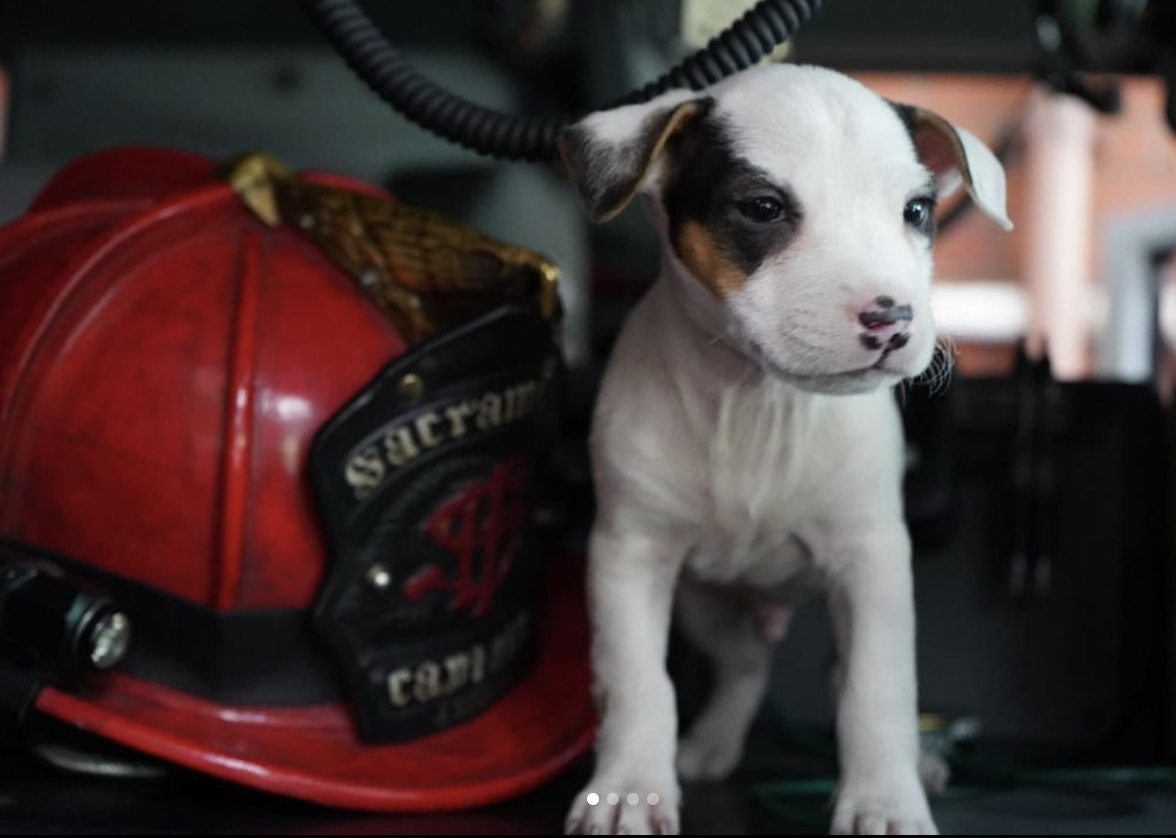 On the morning of April 12, Sacramento firefighters investigated a scene of a debris fire under the Interstate 80 bridge in north Sacramento. After putting out the fire, they found a small pit bull mix puppy all alone and carried him out to safety.

Firefighters with @SacFirePIO found this puppy while they were putting out the flames underneath the I-80 bridge just west of Norwood Ave. The puppy is doing well and there were no injuries. pic.twitter.com/RGqj1tmevi

Thankfully, the puppy did not have any injuries from the smoke or fire, so firefighters let animal control authorities hand him off to Front Street Animal Shelter. While the shelter was searching for the little guy’s forever home, Sacramento firefighter Mike Thawley felt called to take him in as a foster dog.

Thawley named the pup Loki, after a Norwegian god of fire (and tricks), said daily paws. “The puppy is in great health and received his very first shots,” Sacramento Fire said in an Instagram post.

“He will be adopted,” Thawley said in the video. “And he will have a big sister named Chunk, because Loki will be living with us.”

Loki made friends with Thawley’s other dog and his new brother—an American Staffordshire terrier named Chunk, who has a similar rescue story. Sacramento fire crews rescued Chunk while responding to a fire about five years ago.

Loki has quickly become the most popular member of the Sacramento Fire department and can be found conducting interviews and posing for photos!