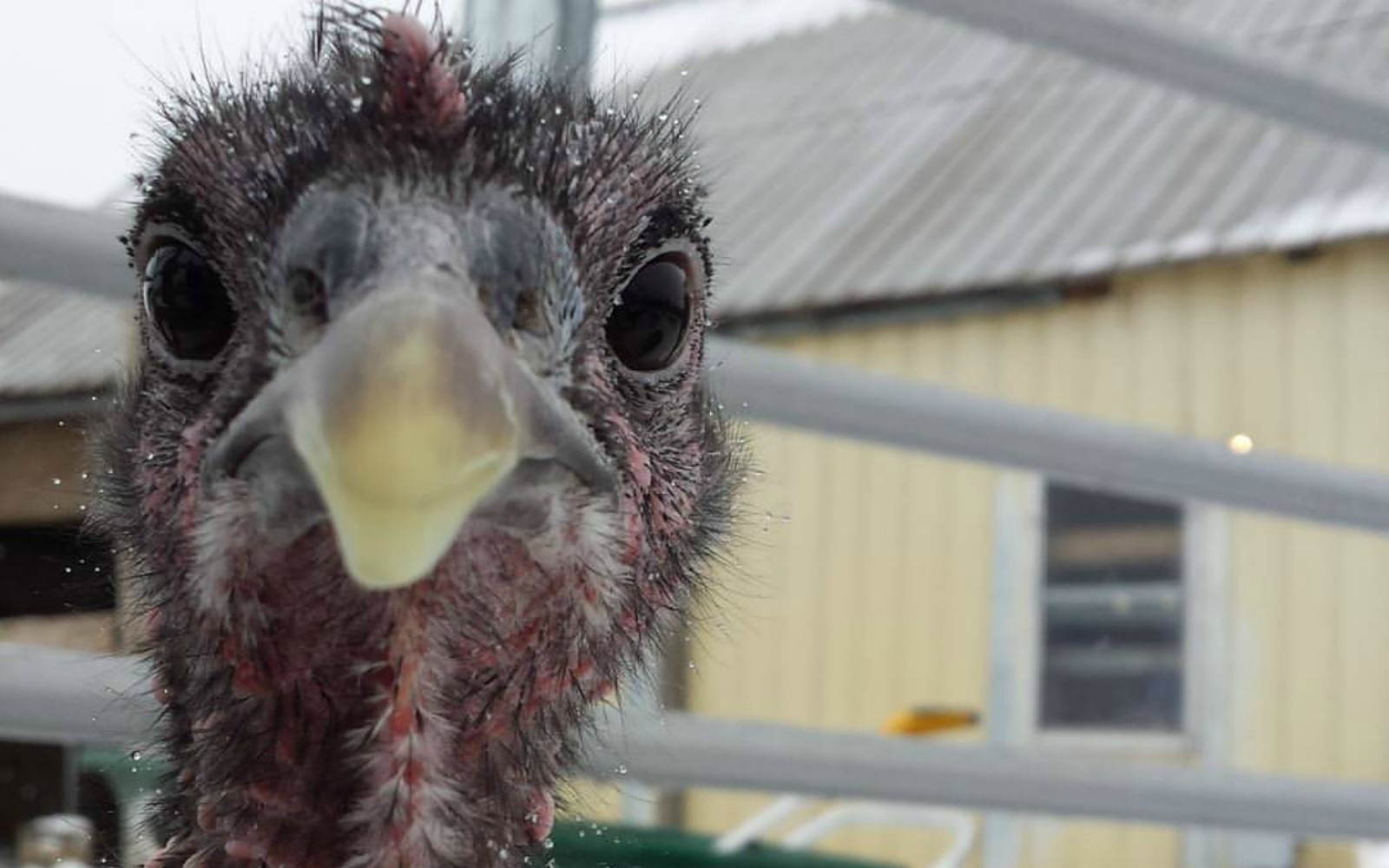 As the musician and animal rights activist Moby once said, “could you look an animal in its eyes and say: ‘my appetite is more important than your suffering’?” To the compassionate few the answer would be an outstanding no. Unfortunately, most people choose to ignore the reality of what happens to animals in factory farms to make their favorite foods possible.

Thanks to many hardworking organizations, however, such as Mercy for Animals and the Save Movement, the reality behind factory farming can no longer hide in the shadows. Undercover investigations and acts of bearing witness have exposed the truth for the world to see. One of the cruelest forms of slaughter involves poultry – chickens and turkeys. It is estimated that nine billion chickens and 250 million turkeys are raised on factory farms in the United States every year. Their short miserable lives are filled with pain and constant suffering from the day they are born to the day they are violently slaughtered. Why do we continue to allow animals to be treated in this manner? How can you help make a difference?

Behind the Scenes in Turkey Factory Farms

In 2007, Mercy for Animals conducted an undercover investigation of a poultry slaughterhouse in North Carolina. The footage obtained is beyond shocking – turkeys are violently punched, kicked, and thrown as well being crushed alive under trucks. The workers responsible for the sickening abuse were not charged, as there are no protections afforded to chickens and turkeys under the law. This investigation only touched the very surface of a much darker reality.

Canada’s treatment of “food” animals is no better. In 2016, Mercy for Animals placed an undercover investigator in a turkey slaughterhouse in British Columbia. The disturbing footage revealed turkeys being “removed from crates, hung by their legs, shocked, killed and their carcasses scalded.” Turkeys were pulled so aggressively from the crates, it often resulted in broken legs and wings. The graphic video recordings document the automatic killing process as well – a horrific method that is not always successful, ultimately ending with a turkey entering the scalding tank alive. Sadly, this is standard industry practice and it is completely legal. Animals born on factory farms are seen as commodities with the sole purpose producing the greatest profit. As long as there is money to be made, they continue to suffer with no mercy. Have you ever had a chance to spend time with a turkey? It may change the way in which you view the food on your plate.

In October 2015, my family and I were visiting a local farm for apple picking season. Not long after arriving, I discovered a small fenced area filled with turkeys. I watched as kids threw apples in for them. They gleefully chased the fruit and took turns pecking at them. I watched them for a while with great sadness, as I knew what their fate was – Thanksgiving dinner. Although they were not being raised on a typical factory farm, their deaths would have been no less violent.  After talking to the farmer, I was able to convince him to give them a second change – he spared two lives that day. Michelle and Belle were not going to end up on someone’s plate; instead, they found freedom at Penny Lane Farm Sanctuary in Ontario, Canada.

When I brought them home, they were confused and unsure of their new surroundings. For the first couple of days, they continually called for their lost flock members. It was heartbreaking. They had no idea just how lucky they were. It took some time for them to truly settle into their new lives.

Today, Michelle and Belle are full of life and curiosity and have formed an unlikely bond with two rescued goats – the four of them inseparable. They are extremely intelligent, loving creatures that enjoy the simple pleasures of life. Like most turkeys raised for human consumption, they were bred to grow big fast in order to maximize profit. This type of extreme growth leads to joint pain and internal organ issues – their bodies just cannot keep up. They are on a special diet to help keep them as healthy as possible. If we can provide them with at least a few happy years, we have made a difference in their lives.

Michelle and Belle are ambassadors for change at the sanctuary. Their charming personalities continually impact visitors and volunteers on a daily basis. Many have vowed to leave turkey off their plates for good. By viewing them as living, breathing individuals and not objects, a genuine connection can be made. Take the time to educate yourself and others about the realities of factory farming and mass slaughter. There are many delicious meat alternatives available today – free from cruelty. Visit your local farm sanctuary and bond with a turkey or two. No one deserves a life of torment and misery!