What a Rescued Pet Piglet, Named Duck, Can Teach Us About How We See Farm Animals 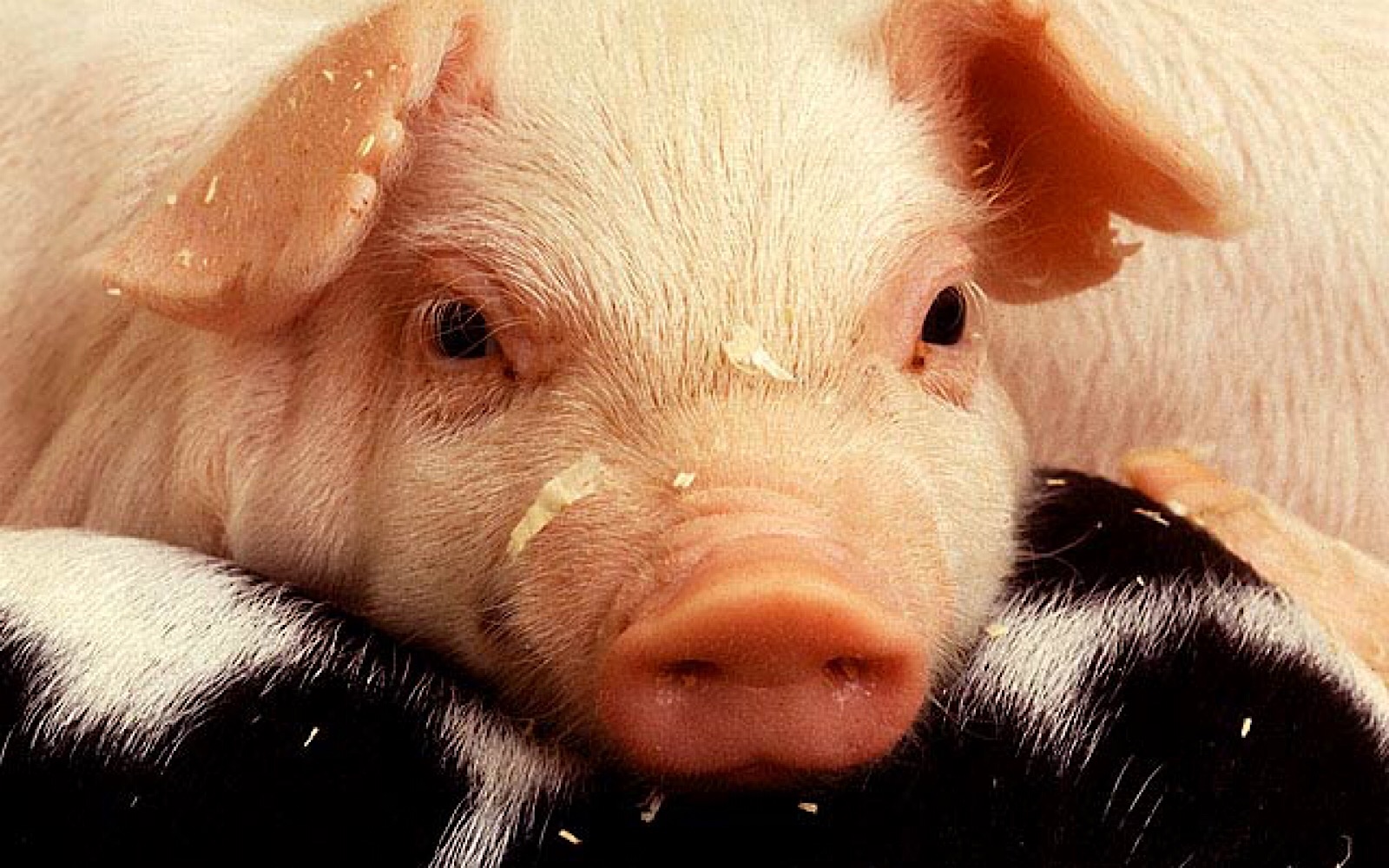 When I first came up with the idea for an article about having pigs as pets, I had just taken in a little piglet to Penny Lane Farm Sanctuary. At that time, I had envisioned writing about his happily-ever-after that he so deserved, but it was not to be. Unfortunately, this story does not end the way I had hoped or planned. The little fragile piglet sadly passed away in early July from forces I could not control, no matter how hard I tried. I believe his story is an important one to share, as it is a prime example of the cognitive dissonance that prevails heavily in our society – to love one’s pets while consuming other animals without second thought.

I was contacted by a concerned individual about a small, four-week-old piglet named Duck, and so the story begins. He was born on a “farm-to-table” type farm as opposed to the typical factory farm setting most commercial pigs experience. He was ill when he was first born and therefore taken away from his mother too early and placed under heating lamps with baby ducks (hence the name Duck). Thankfully, he pulled through and was quickly “adopted” by one of the interns on the farm. The family took him home every night where he grew attached to their pet dogs and essentially became another family member. Sounds picture perfect, right? Duck was intended to end up on someone’s dinner plate, and despite being a “pet,” his fate remained unchanged. The plan was to fatten him up until he was between four to six months of age and then send him back to the farm to be slaughtered.

The farm had second thoughts and offered him for sale, which also meant he could have been bought for meat. This is how the concerned individual came across him and was disturbed by the idea that a “pet” could be slaughtered for human consumption. Duck thankfully ended up in a sanctuary. 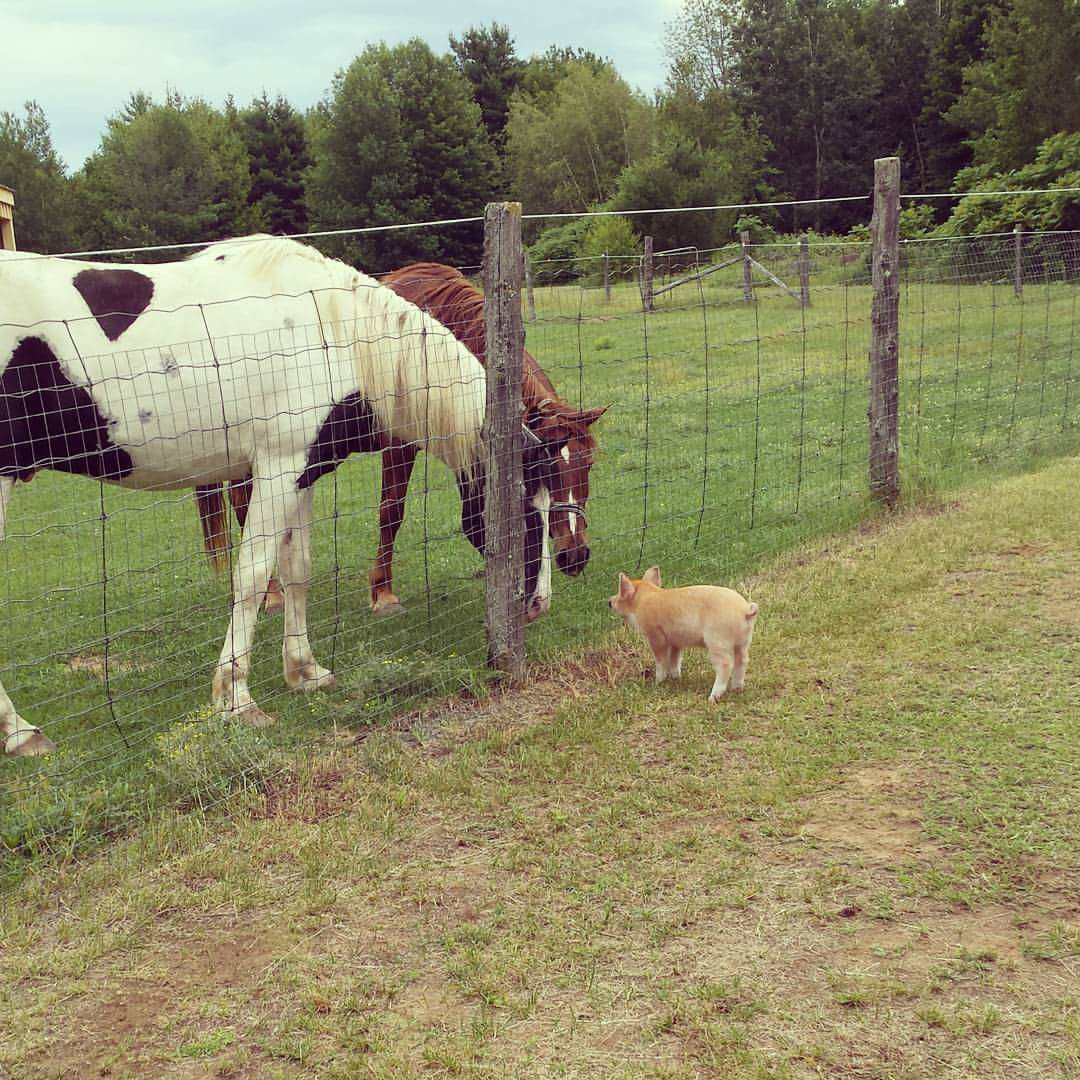 When I picked him up, he was wearing a beautiful dog collar and had a brightly-colored leash on. He was still drinking milk from a baby bottle and came with his favorite towel to sleep with. He was essentially being treated as a puppy – living inside, crate trained, and bottle-fed. Understanding that pigs are happier in an environment where they are free to just be pigs, rooting in the dirt, rolling in the mud, enjoying the company of other pigs – I planned on giving him the best life I possibly could. Sadly, due to the fact that he was taken from his mom so early and not provided the necessary nutrients, his immune system was severely weakened from the beginning. He slowly started to show signs of illness, and I knew something had to be done to help him immediately.

When Duck began to be symptomatic, I reached out to the local large animal veterinarian for assistance. The first thing I was told was the cost of treating him was not worth his value. In other words, “food” animals do not deserve the same treatments afforded to domestic animals. I was taken aback and felt hopeless.

I called one vet clinic after another vet clinic and was told repeatedly they do not see pigs. Finally, the tables turned and I found a vet willing to try everything possible, even though her experience with commercial pigs was lacking. It was an hour-long journey to the clinic, and I became a frequent visitor with Duck. Together, we tried every course of treatment possible, but his frail body could not recover.

Blood work confirmed he had a pre-existing liver disorder that only added to his internal problems. As hard as I tried to save him, Duck passed away quietly in my arms on the morning of July 1st. I am thankful his ending was peaceful. If he had still been at the farm, he likely would have met a horrific end at the first signs of illness. Duck now lies under the shade of the lilac trees on the sanctuary’s property. His death has taken a toll on me and still affects me greatly. I carry on for all the other animals that need help in the cruel world. 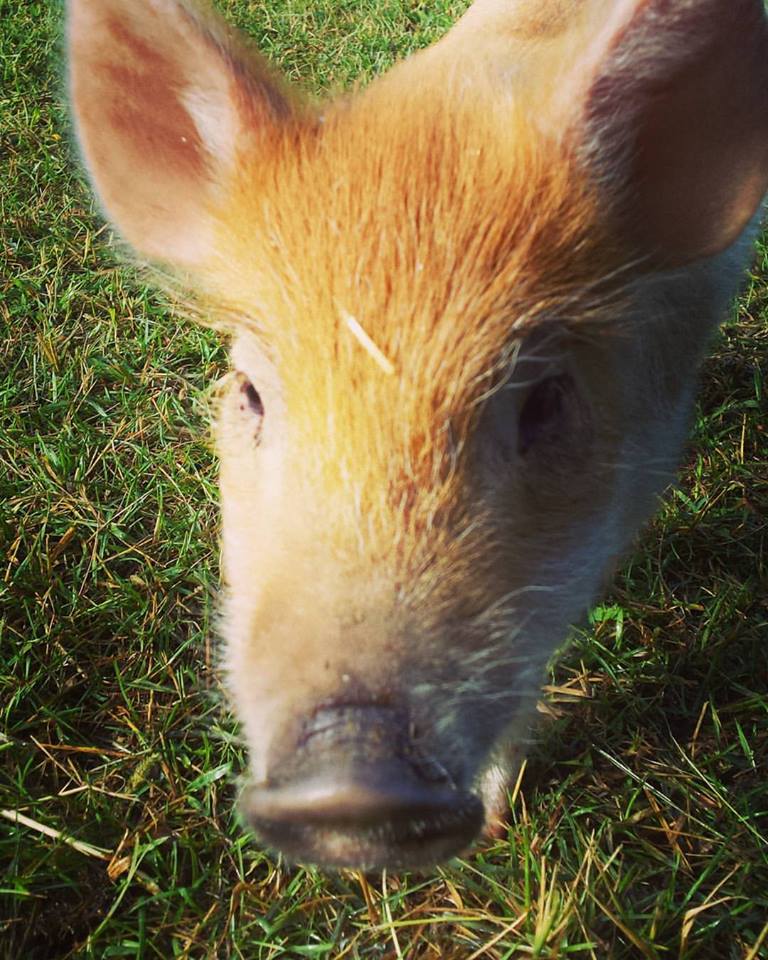 Duck’s life was tragically short, but his effect on those that knew him was great. The vet that was so determined to save him now has a profound respect for animals considered to be “food” and a better understanding of their care. I have great confidence in her and will continue to drive an hour to see her with my other animals. I only wish there were more individuals like her willing to go the extra mile for an animal in need.

About three weeks after Duck’s passing, I was contacted by one of the sanctuary’s followers. Her husband had been driving home one night in June and spotted something running along the side of the road in an area vacant of housing. Upon pulling over, he quickly realized it was a little pig. The pig happily got into the safety of the car. After canvassing their entire neighborhood and posting found notices in various locations, the pig remained unclaimed. As much as they loved the little potbelly pig, they wisely made the connection that their home was not the right environment for him, and they thus reached out to me. I gladly welcomed the piglet, now called William, to the sanctuary.

Today he lives with our two goats, mini mule, and two turkeys, enjoying a good belly rub, roll in the mud and rooting through the dirt – the life all pigs deserve. Next week will be our first trip with William to meet the vet that worked so hard for Duck. I still miss Duck every day but am happy to have the chance to save another life. 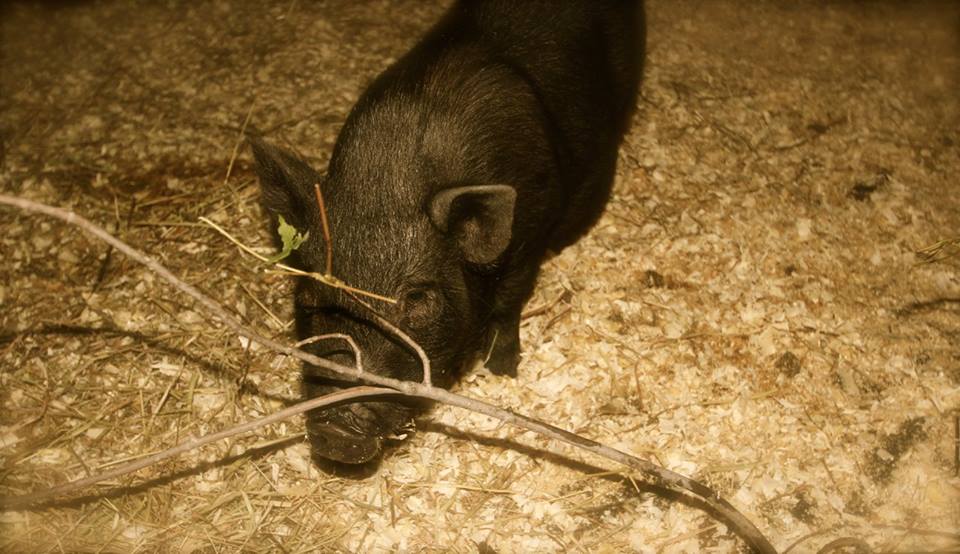 Let Duck’s story be a reminder to all that the life of a pig, cow, or chicken is just as valuable as the life of a cat or a dog. They do not deserve the cruel fate afforded to them on a daily basis. You can help by educating others about the plight of animals raised for meat, dairy, and eggs. Choose a cruelty-free lifestyle, support the tireless efforts of farm sanctuaries by sponsoring an animal, or volunteer your time. Together, we can ensure the Ducks of the world have a better life.