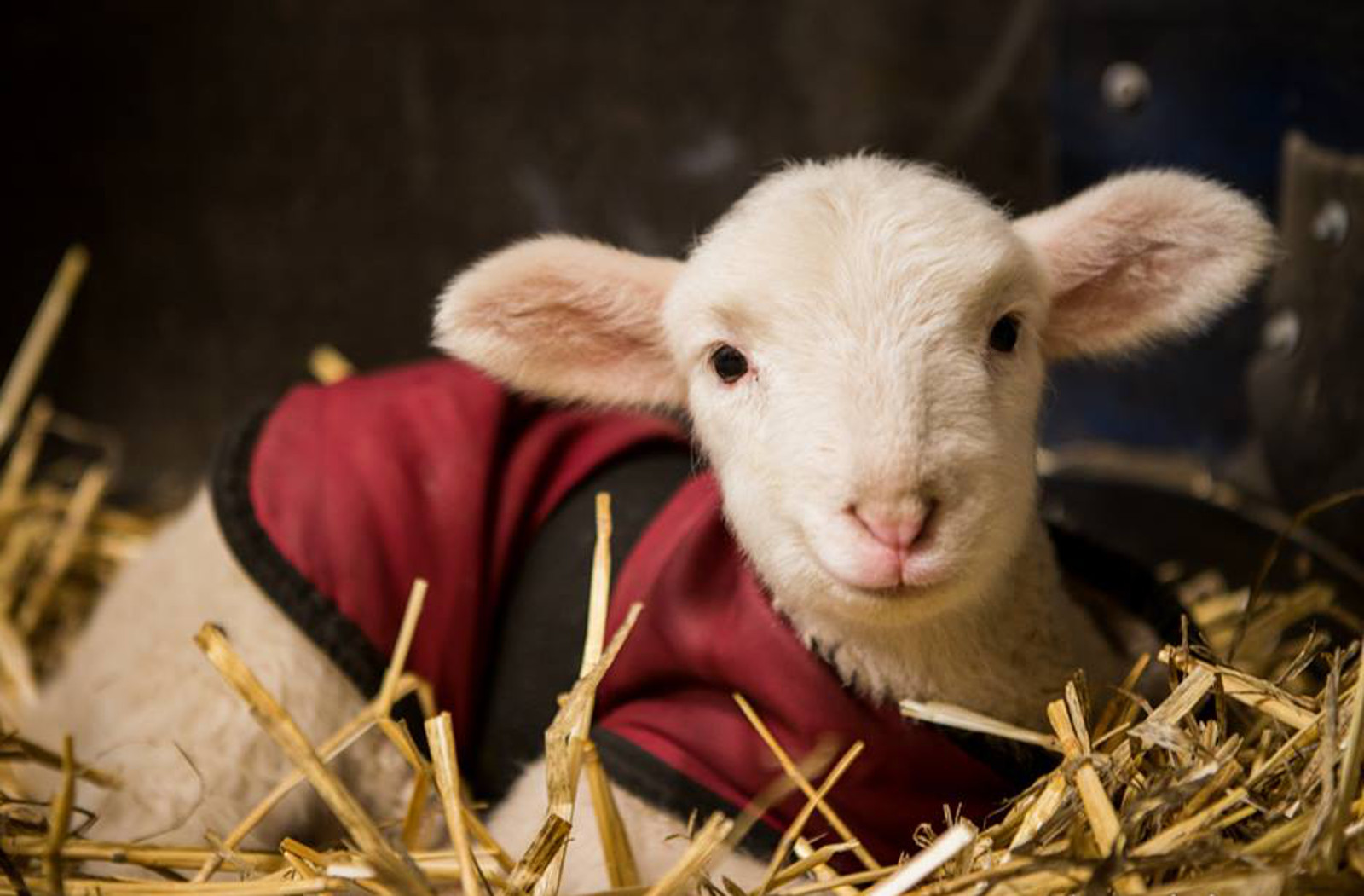 Mona Lisa’s smile has captivated audiences for centuries. Gaze into her eyes and a mysterious smile lights up her face, look at her mouth and it melts away. One would be forgiven for thinking Mona Lisa had a secret she wanted to keep from you, a happy and joyous surprise that gave her a radiating glow.

Someone who wears a mysterious Mona Lisa smile is little lambkin Dominic, whose start to life was all but smile-inspiring. Hailing from a Victorian sheep farm, Dominic was quickly shepherded to our sanctuary when his dying mother was unable to care for him. It wasn’t long before we began to notice the upturned corners of his mouth formed a permanent and enigmatic grin.

Who said boys shouldn’t wear pink? With a bold fashion sense that defies convention, Dominic breaks down the barriers and shows us it’s all about confidence. To be honest, with those supermodel looks he could pull off a hessian sack. 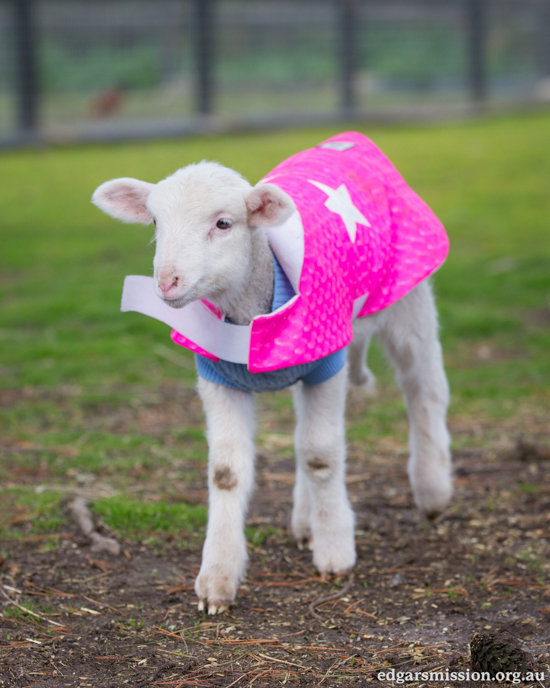 Dominic’s fetching face is not only skin deep, he has a cheery disposition that attracts puckish playmates, like Sundance the Kid with his own decidedly wicked grin. 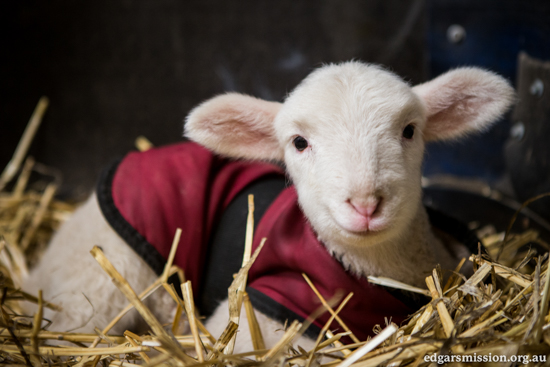 Known for his gentle and calm nature, Dominic’s friends are great and many. 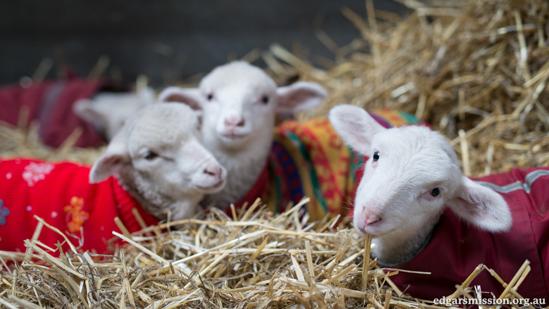 And he’s always happy to hang back with the slower-paced in the group. 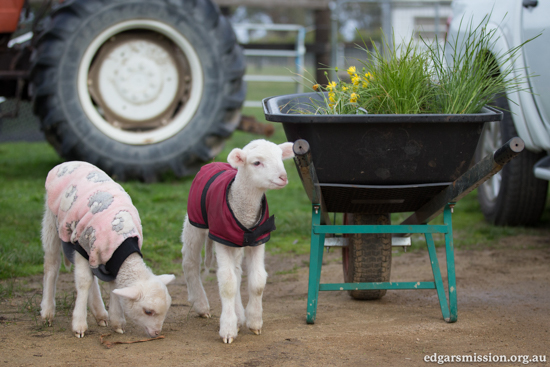 An adventurer at heart, Dominic is always branching out and trying new things. 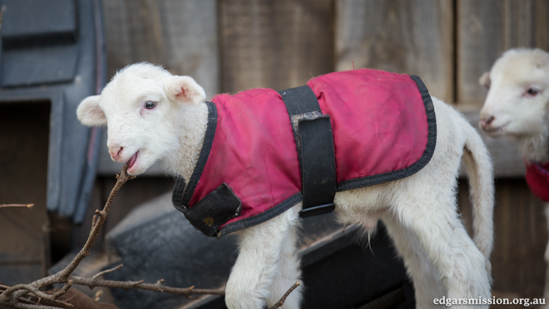 Life for a lamb at Edgar’s Mission is enough to beam about, but there’s something more that Dominic’s smile can teach us. 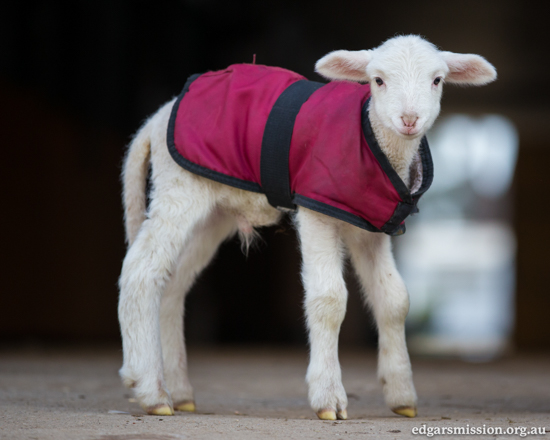 We hope Dominic’s mysterious smile has captivated your imagination and your heart. His smile could always remain cryptic, but it’s easy to unlock the code. Take the time to get to know a lamb or sheep, they’ll show you with a radiance that resonates from within that they truly love life. You might think Dominic is only one small lamb in a big world, but to him his life means the world. Something we agree with wholeheartedly.