Rescued From Slaughter, a Horse Gives Birth to a Foal Who Will Never Know the Cruelty She Endured 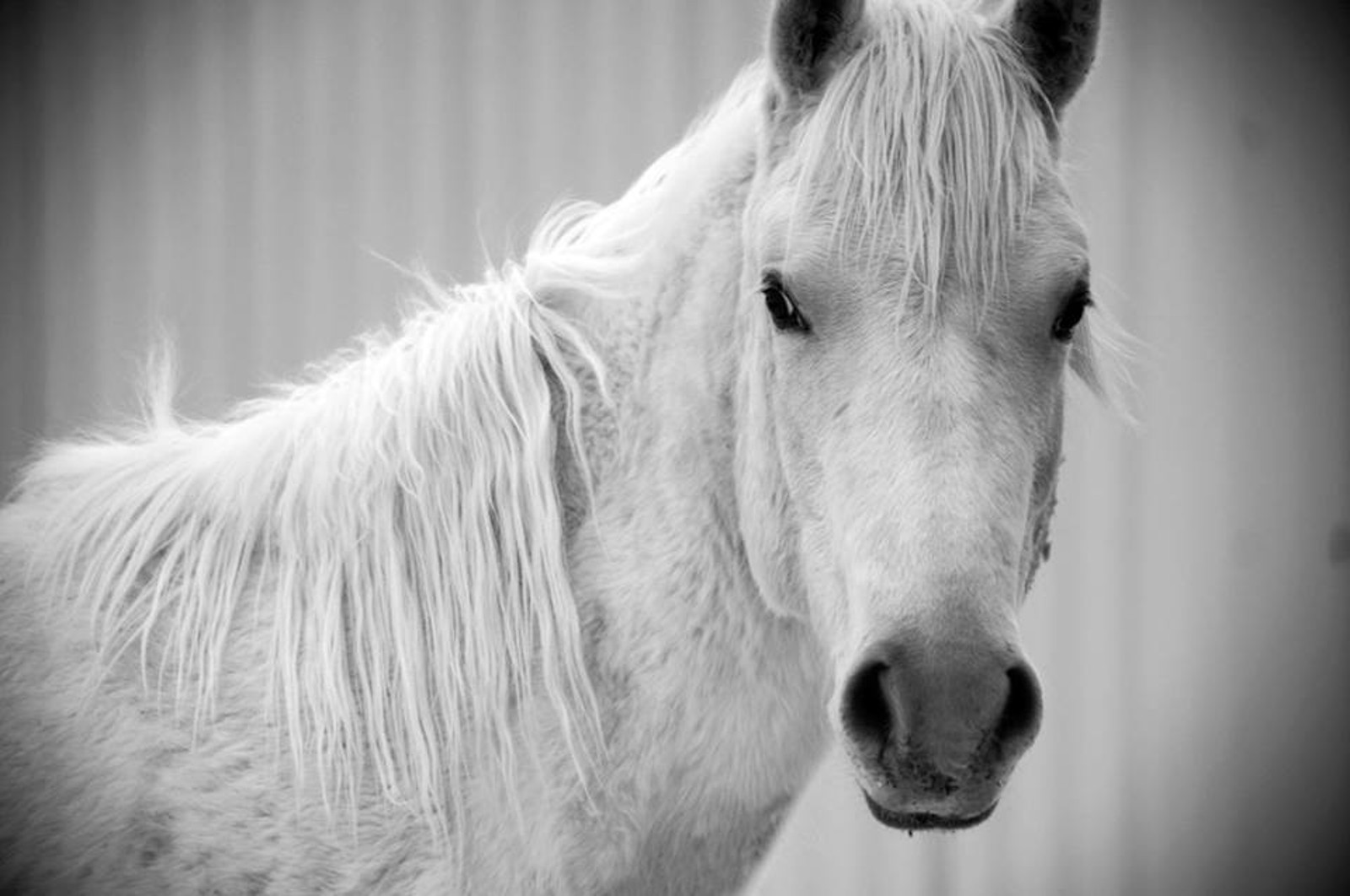 The horse slaughter industry is a blight on humanity.  Every year, thousands of horses are shipped to slaughter plants in Mexico and Canada for human consumption. All breeds, ages, and condition of horses can find themselves being loaded onto a crowded transport truck heading for slaughter – it seems as though no horse is safe.

Despite the sheer number of horses that experience this horror every year, most people are unaware of just how prominent this cruel industry is or just how far it reaches. Statistics show that nearly 80,000 horses are killed for meat every year, this includes foals as well as pregnant mares.

Horses bound for slaughter often begin their journey in auction houses.  Many unwanted horses are sent to auction by their owners with hopes that their animals will find a new home.  Unfortunately, most will end up entering the slaughter pipeline regardless of where they once came from or their past lives; a once well-loved companion horse is just as likely to be slaughtered as an ex-racehorse.

Once purchased by a kill buyer, horses are typically loaded onto a trailer, crammed in with other frightened horses and forced to endure a horrifying journey.  It is not unusual for horses to be transported for up to 36 hours without food or water and often in extreme weather conditions.  The journey will likely end at one of several slaughter plants operating in Mexico or Canada.  The amount of stress these animals are put through is beyond cruel and unnecessary; all in the name of monetary gain. Pregnant horses are included in these statistics on a regular basis. There is no rule preventing the slaughter of a pregnant horse unless she is at risk of foaling during transport. Thus, mares well into their pregnancies can find themselves in the kill pens awaiting a horrific fate.

This is the story of how one mother-to-be was saved in time and the miracle foal that should not have been.

Lady, the horse, found herself standing in a kill pen, owned by a local kill buyer. The buyer’s intent was to ship her to slaughter in order to make a profit. Her past unknown, she had been sent to auction by her previous owners only to end up in the hands of the “meat man.”  She was elderly, neglected and in need of compassion.  Lady was also pregnant and beside her stood a six-month-old foal that was rescued; Lady was left behind. For most in this situation, this is where their story ends, however, thanks to a number of kind individuals, Lady was rescued just in the nick of time. It was not long before she found a permanent safe place to land and joined the herd at Penny Lane Farm Sanctuary.

When Lady came to live at our sanctuary, we quickly surmised that she had been used as broodmare, likely producing many foals over her life time.  She was in her mid-twenties when she first arrived, and her health was failing her as she suffered from severe heaves (a respiratory illness) and arthritis, conditions that are hard on any horse let alone a pregnant one.  Already quite advanced in her pregnancy, she was provided with the care and comfort she needed.  Given her turbulent past, it took her awhile to settle in and realize that she was safe. At the time, she seemed unable to fathom a life where she would never be forced to produce more offspring and only know peace and understanding. But this was what the future held for this sweet horse.

In late August of 2013, Lady finally gave birth to a foal – a miracle foal that once had very little chance of seeing the light of day or feeling the grass beneath his hooves. Blue, as the foal was named, was brought into this world completely healthy and full of life.  His innocence was intact, unaware of the cruelties in the world.  It was not long before Lady’s demeanor began to change – she was happier, more comfortable with her surroundings and her health improved drastically. 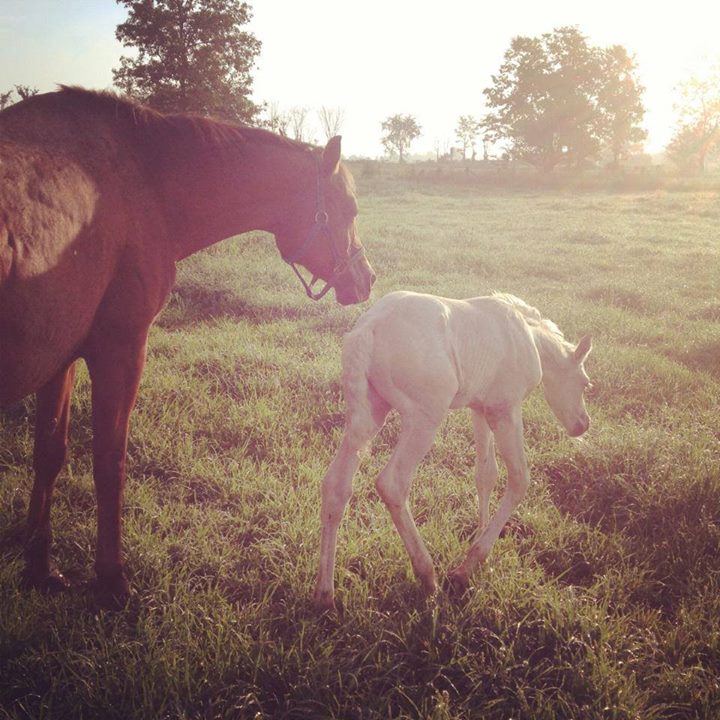 Today, both remain together (Blue was adopted by a volunteer at the sanctuary) and are able to continue building their strong relationship. Lady, now 26 years old, spends her days in the company of her companions – horses and humans.  Her quality of life is monitored on a daily basis, and she is kept comfortable. Neither will ever have to know the suffering felt by some many of their counterparts.  They are free – a fact denied to far too many horses.

Lady and Blue’s story is just one example of how people can take a stand against the horse slaughter industry.  Once considered as mere disposable objects, exploited for human greed, these two horses were given a second chance at life thanks to kindness.  Thousands more just like them are not so fortunate.

Know that you know the facts about horse slaughter, share this post and educate others around you.  By raising awareness, the greater the chance becomes to make a difference in their lives.  Contact your local government officials and tell them the end horse slaughter once and for all.  You can also make a huge difference in the lives of rescued horses in supporting equine rescues and sanctuaries by volunteering or donating.

“All beings seek for happiness; so let your compassion extend itself to all.”
-Mahavamsa