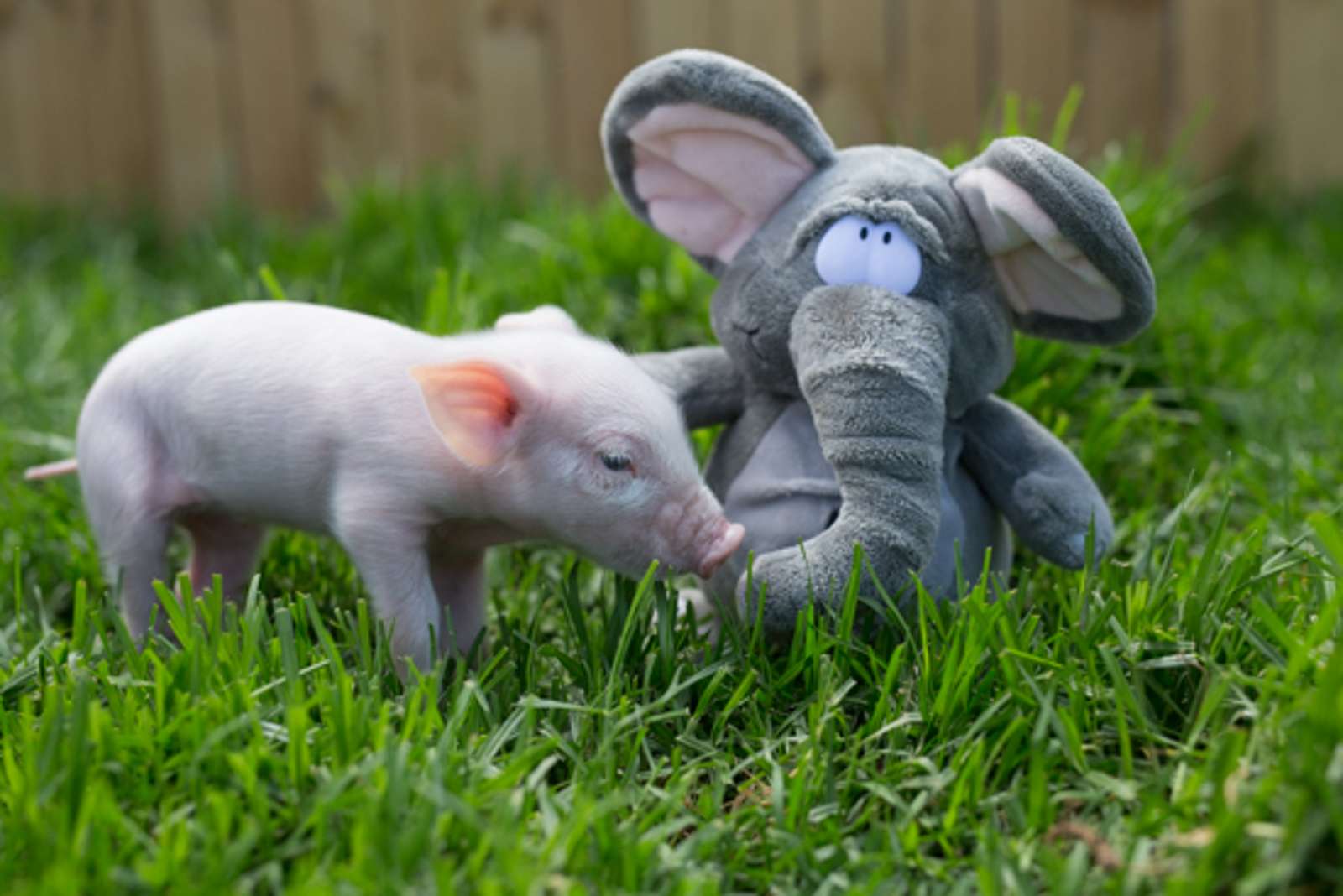 You may never have given it a second thought, but stuffed toys are the unsung heroes of our baby animal rescues. Orphaned lambs, piglets and kids all find comfort from snuggling against the frumpy creatures. For them they become surrogate mothers and provide the constant companionship vital in those first few days – they can make all the difference when life is teetering so uncomfortably close to the edge.

So without further ado, here is our tribute to the slumping yet steadfast heroes to countless orphaned animals. We’ve put together a selection of the cutest baby animals and their surrogates:

Penelope Sue was the runt from the litter of a rescued sow, she was so tiny she needed a little extra care. The elephant in the room was always there for her. 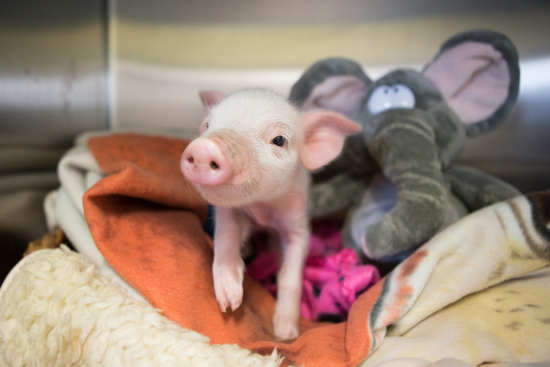 And gave Penelope Sue the moral support and confidence needed on her first outdoor ventures. 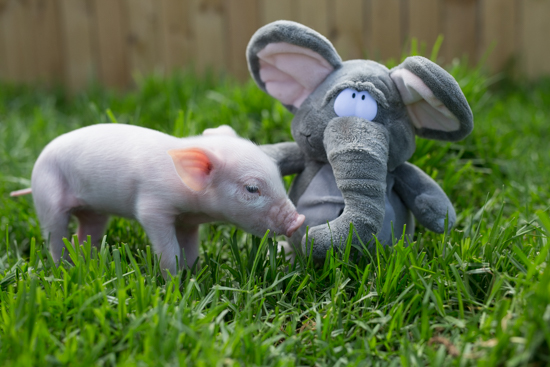 Jasmine, a rescued bobby calf, was surrendered to us when she became dangerously ill. Her endlessly festive friend kept her heart warm while we desperately fought for her to pull through her first days at Edgar’s Mission. 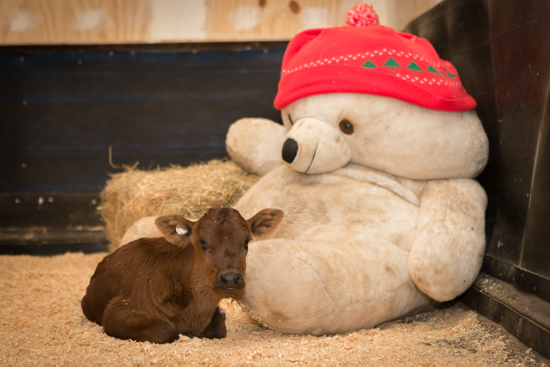 At only one week old Smiley was orphaned and taken to a produce store in the hopes that there would be someone to take him in. He went from strength to strength with the support of his gorilla, until he found the might to climb atop the highest peak in sight. Thank goat for that! 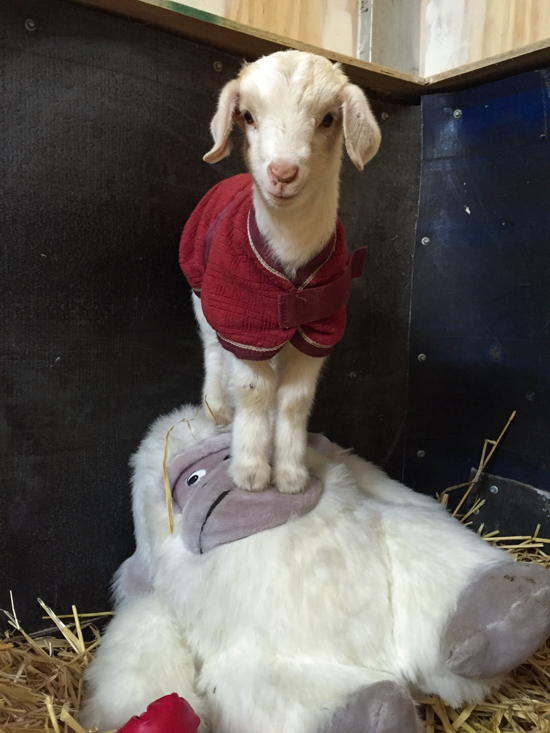 All too often the myth of teacup pigs has seen pigs bred, sold and outgrown their small spaces. Before the cruel reminder of his past life was gently removed from his nose, Mister Truffles snuggled for hours with Festive Ted. 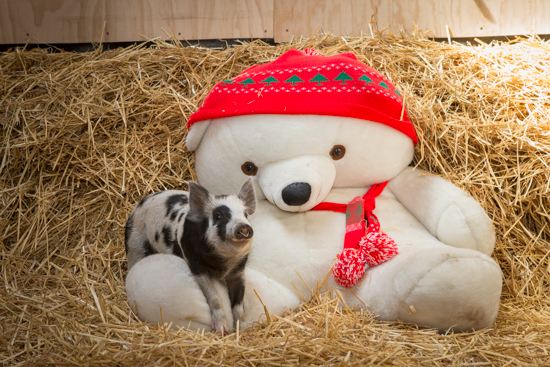 Lambing season cruelly falls in winter, meaning millions of newborn lambs are exposed to the coldest days of the years, many not making it through the long nights. Little Tuesday (top) was found trembling and alone sitting on a road. 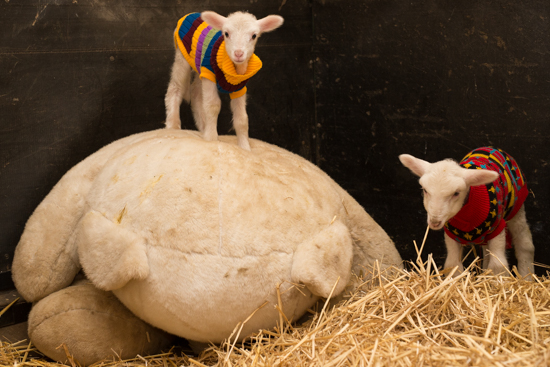 Like Tuesday, Sundance The Kid was also found mysteriously alone by a road. Sundance has many a use for his surrogate mothers, not all of which involve cuddles – Teddy Mountain also makes a plush bed. 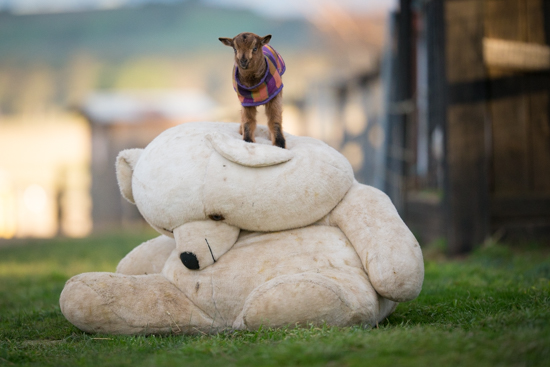 Sundance made friends quickly, collecting hearts wherever his little hooves and snazzy jackets take him. 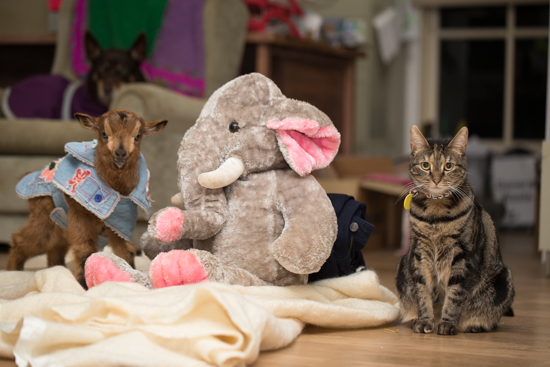 Neo was the first rescue of 2015 – and he certainly was in dire need. With photosensitivity blisters and scabs covering his face, presumably from eating toxic plants, Neo spent long days and nights recovering from the painful sores. And who was the constant companion by his side? None other than Disco Doug, with ready to rave fluoro, enviable eyebrows and a heart of pure stuffing. 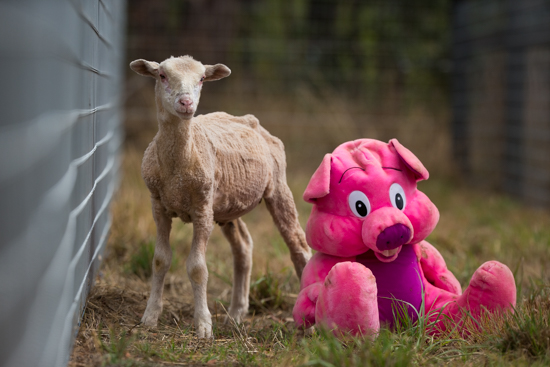 To learn more about the amazing teddies and the incredible people at Edgar’s Mission who make all these rescues possible, check out their website and Facebook page.