Meet These 3 Adorable Rescued Cows and Their Human Best Friends

Observation, however, tells us that cows can form friendships outside of their own species. Go to any animal sanctuary and see for yourself. Cows can form friendships with goats, horses, pigs and even humans. Some cows even find a best friend in their rescuers. While the science is great to have when advocating for cows, these loving cow-human friendships speak for themselves. 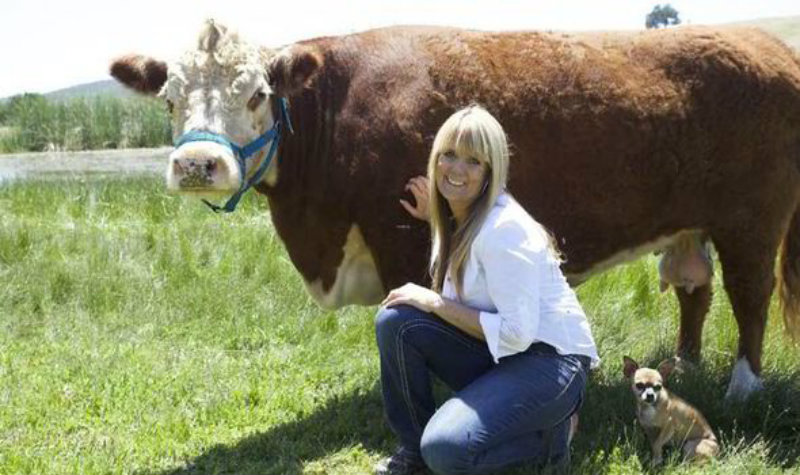 express.co
YouTube sensation and rescued cow Milkshake was nearly three years old when Beth DeCaprio rescued her. Milkshake was rescued as a part of a seizure case with 47 other animals. Beth found Milkshake living in a small 10×10 pen that she’d been in since she was two weeks old. Until that point, Milkshake had had very little social contact. Because Milkshake never knew her own mother, her first bonding experience was with Beth.


According to the Grace Foundation’s website, “Milkshake imprinted on Beth and today, if allowed, Milkshake will follow Beth anywhere on the ranch.”

Milkshake’s life may have started out rough, but the rest of it will be full of love and friendship. 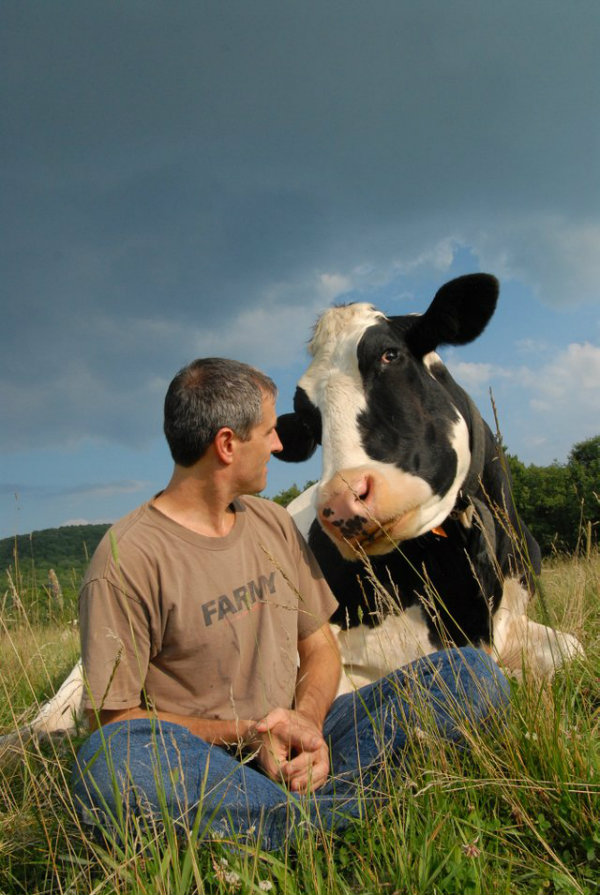 Like so many others, Opie was born to a dairy cow and was to be auctioned off for veal. The poor little guy was still wet from birth when he was marched out to the stockyard for sale. As Gene Baur, Opies savior and soon-to-be best friend, explains, “[Opie] fell in an alleyway where he was left to die.”

Luckily for Opie, he was rescued by none other than Gene Baur, founder of Farm Sanctuary. Despite the fact that the veterinarian advised him against saving Opie–as he had practically no economic value–Gene insisted that,“Opie was not an economic unit, but an individual who deserved … help.”

Over the next 18 years, Opie lived happily and healthily at Farm Sanctuary. Throughout that time, Opie’s friendship with Gene stayed strong as ever. 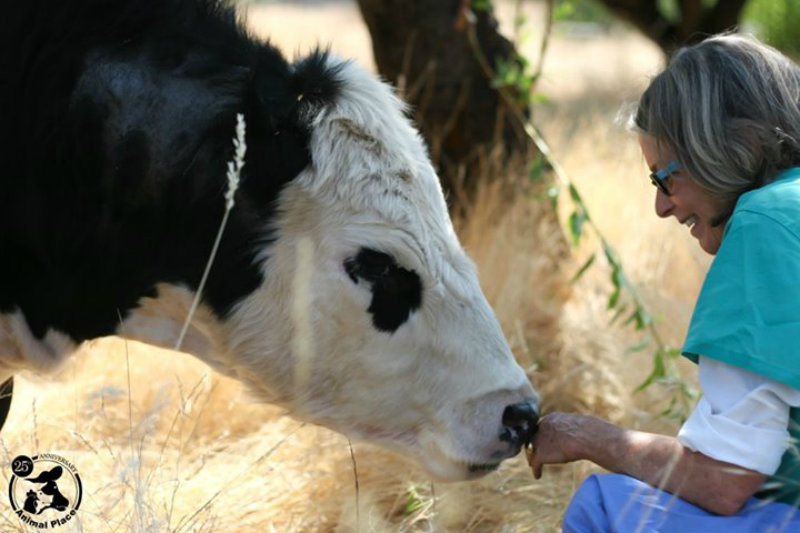 Animal Place/Facebook
Panda was living in a high school housing facility for the Future Farmers of America when the unthinkable happened. Someone broke into the school, poured lighter fluid on Panda’s body, and lit him on fire. The five month old victim was burned on 50 percent of his body. The community he lived in was outraged and donated enough to cover over half of Panda’s medical bills. However, this was not the happy ending expected for Panda as the teenager raising him only wanted to save him so that he could be sold for slaughtered.

Animal Place, however, had other plans for the bovine baby. A generous donor offered 10,000 dollars to save Panda and send him to Animal Place; once the offer was made, Panda’s life was saved. Now he’s living out the rest of his life at Animal Place with the company of Kim, one of his rescuers.

It’s easy to see that cows, just like dogs, cats and humans, love companionship and are able to find love in interspecies relationships. With loving humans around them, it’s no wonder they love their humans so much.