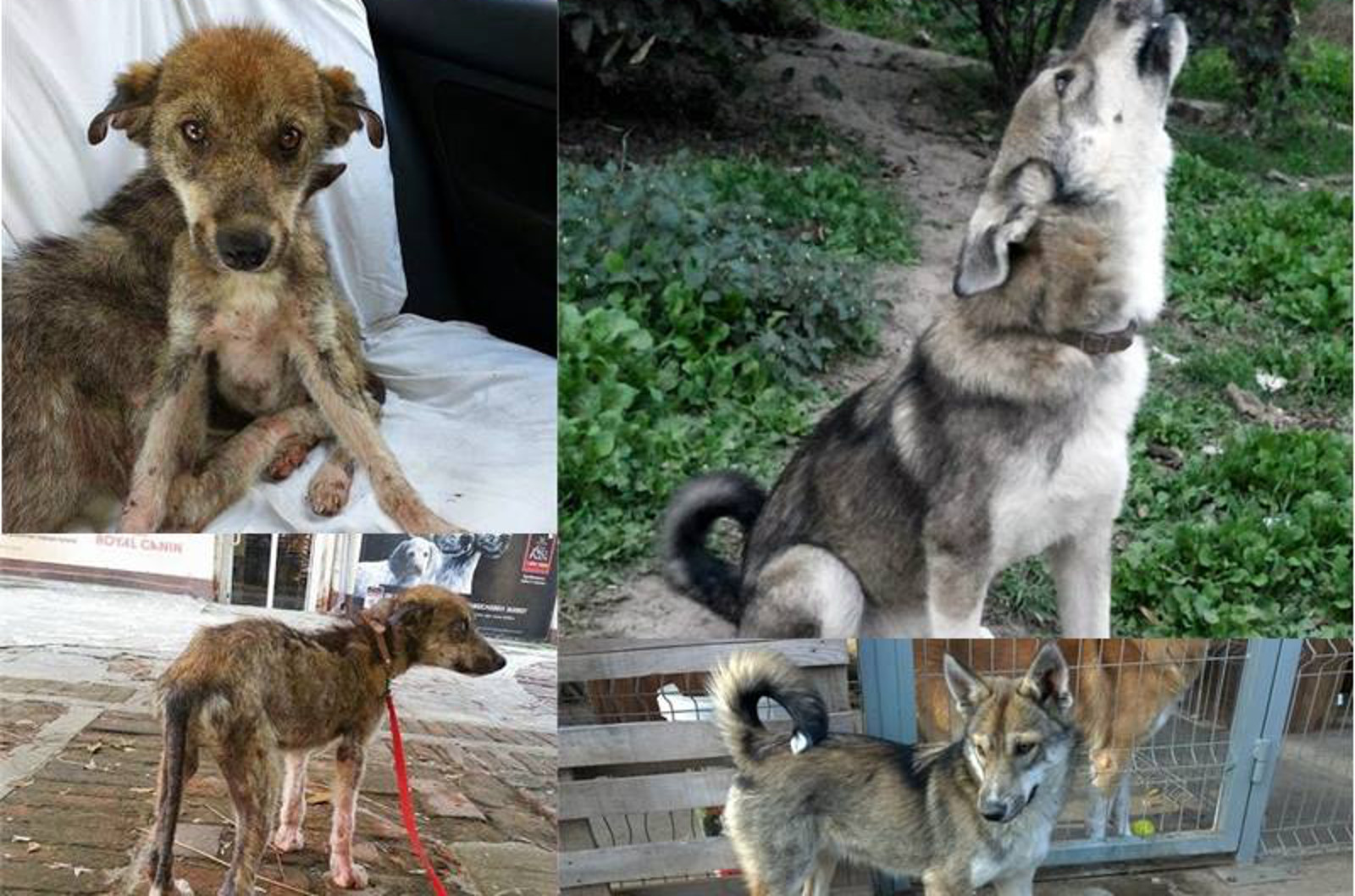 The issue of pet abandonment is incredibly overlooked. Every year, millions of animals worldwide get thrown out of their homes and left to fend for themselves on the streets. A large percentage of them either end up in the pound or, quite often, die of starvation, dehydration, illness or car accidents. Can you even begin to imagine how scary it would be to get chucked out on the streets, never to see your home or your family again? Well, this is the reality for many dogs and cats throughout the world.

Alaska and Siberia are two Huskies who were unfortunately subjected to this reality.

When Animal Friends Foundation Burgas were notified of a mother and daughter pair of huskies who has been abandoned on a major highway in Bulgaria, they could have never anticipated what they were in for. The dogs, they were missing fur, covered with open wounds and appeared as if they hadn’t eaten a proper meal for weeks! 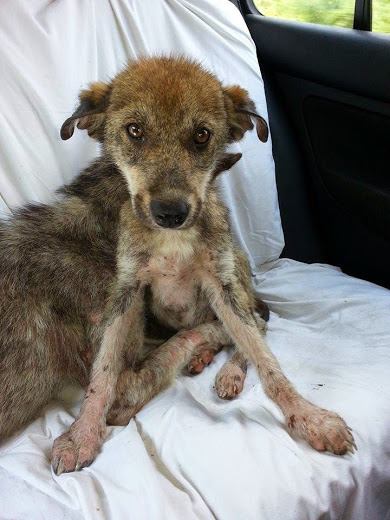 Siberia, the mother, barely even resembled a Husky. Weighing only 30 pounds, she was skin and bones. Her pup, Alaska, didn’t look much better. Her tiny body looked like an old, worn-out teddy bear. 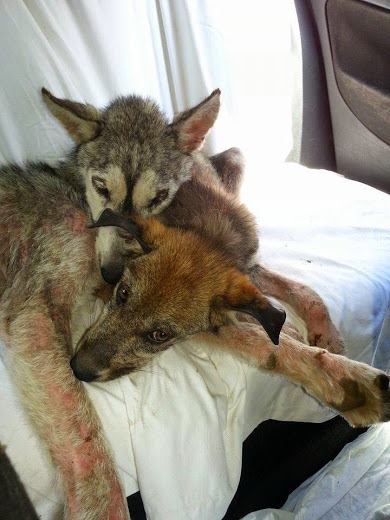 After days of walking the highway, hoping the hunger pangs would disappear, they were finally on their way to help. In the car, Alaska and Siberia just clung to each other the whole way.

With their bodies covered in wounds and bald patches, it came as no surprise when the two dogs were diagnosed with ehrlichiosis and sarcoptosis  (a form of scabies). They were given strong medication and strong, rich food to help them to gain weight. 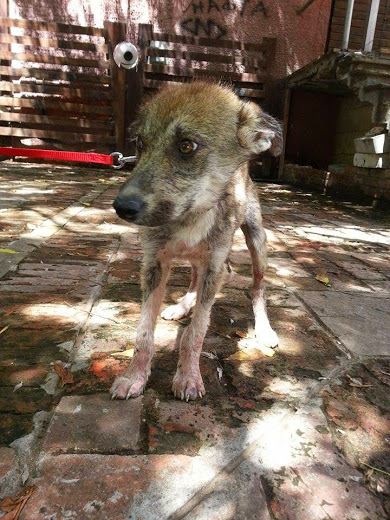 Alaska and Siberia, while timid at first, were both sociable animals and used to human contact, which strengthens the belief that they once had lived in a home.

Veterinarians at the Animal Friends clinic started the pups on a regiment of antibiotics and a healthy diet to help their frail bodies recover from the evident trauma they had experienced during their time on the streets. Slowly, but surely, this pair proved to be quite the force to be reckoned with and stayed happy and positive during their recovery.

Once they were strong enough, Animal Friends found a forever home for these two beautiful souls in Germany. You won’t believe what they look like now: 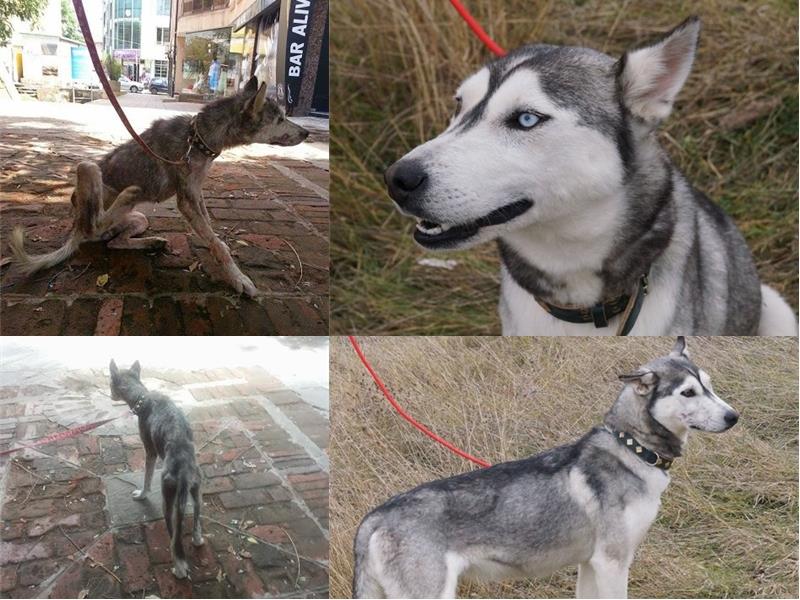 Today, they are happy, sociable, healthy dogs and blessed with the most loving guardians. Now, they look like real huskies, beautiful and wound-free and full of fur. 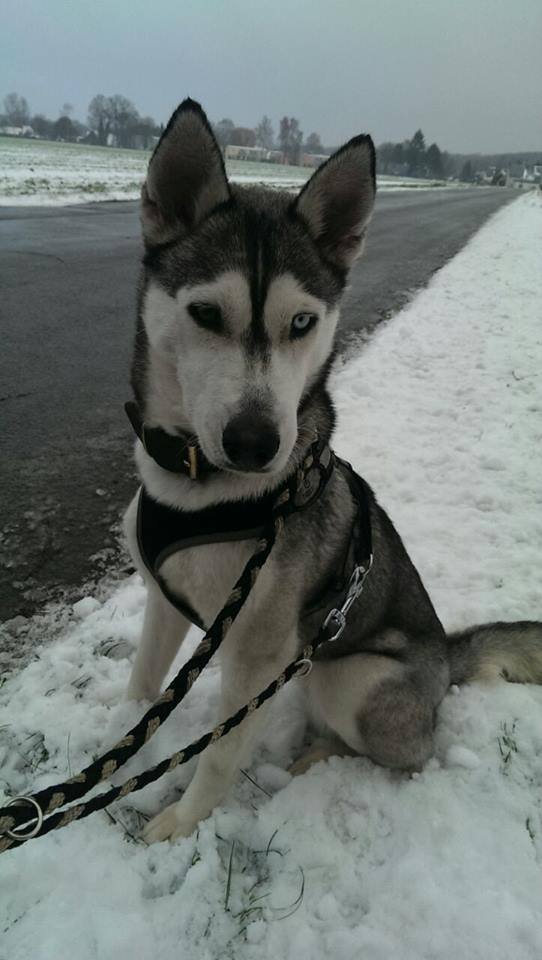 Others Need Your Help! 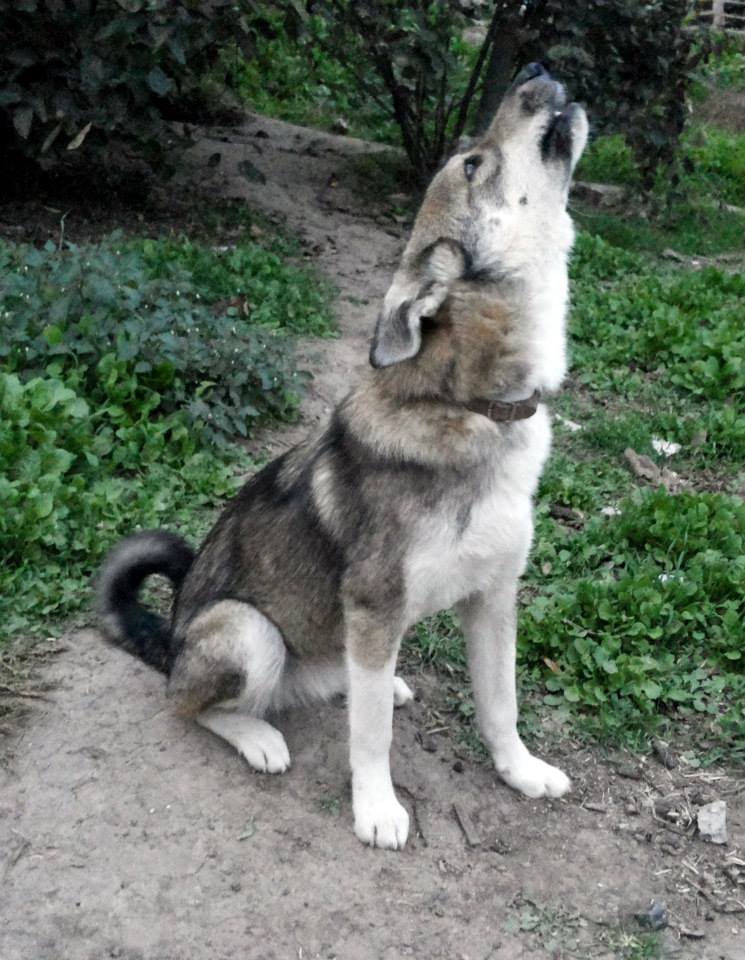 It’s always nice to hear of the stories with happy endings, as not all of them do end that way. In fact, a huge majority of homeless cats and dogs are left to die and many of them never do find their forever home. Most of them come into the world invisible and leave the world invisible. You can change that!

Firstly,  and we can’t stress this enough, if you are considering adopting a pet, think whether you honestly have the time and the energy and the love to provide a cat or a dog with a safe, loving and life-long home. If you have even the slightest doubt, reconsider because you may end up being part of the problem rather than part of the solution.

You can also help other animals by  supporting the work of the organizations like  Animal Friends Foundation Burgas that are working on the ground to help stray animals get a second chance at life. Together, we can ensure more animals get a happy ending like Alaska and Siberia!