Release Was Never Considered for Rescued Whale at Vancouver Aquarium, Despite Claims 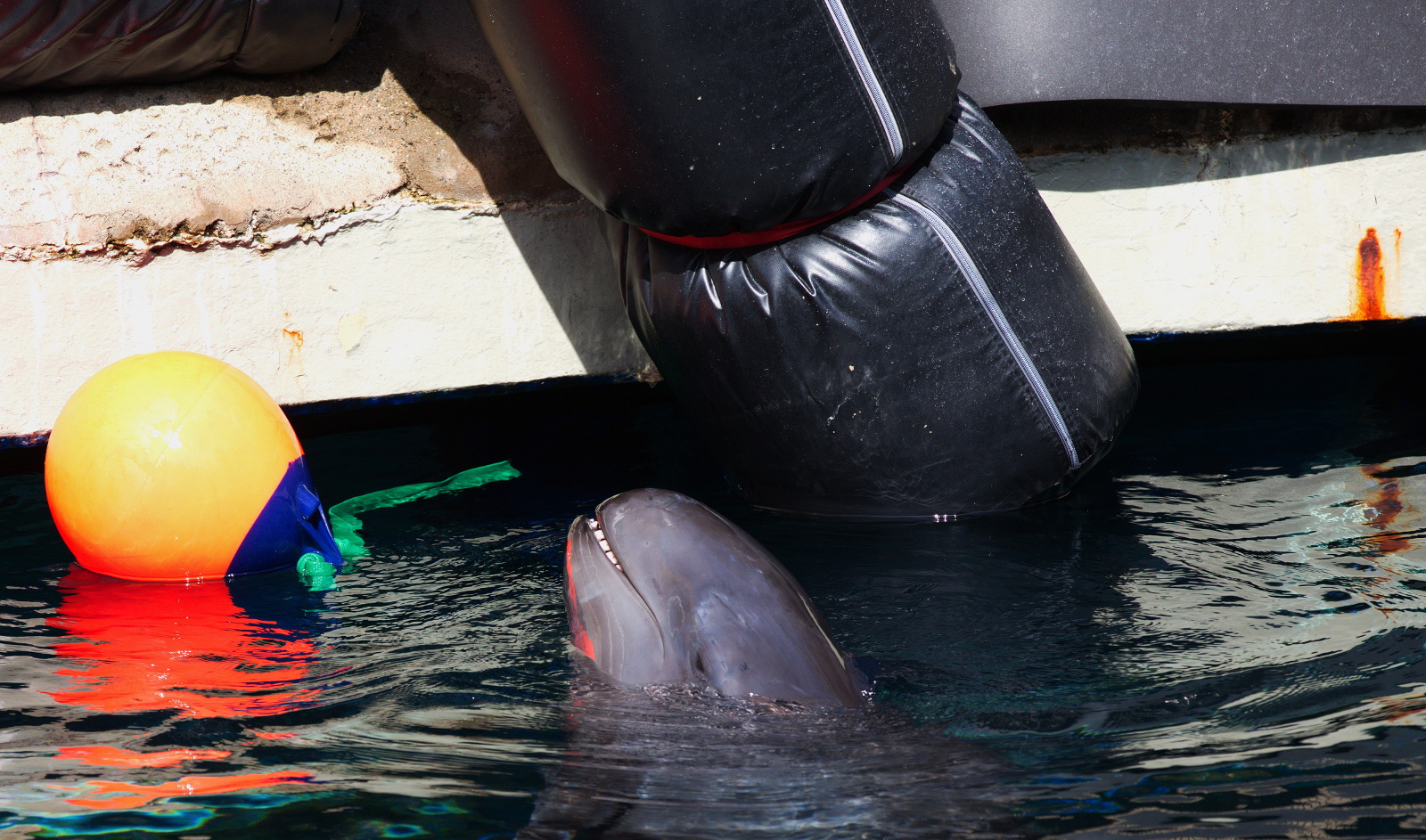 “If this animal goes to the Vancouver aquarium rehabilitation centre and survives it would not be released back to the wild because of its age. It would become a captive animal,” Paul Cottrell, Marine Mammal Coordinator for the Canadian government’s Department of Fisheries and Oceans (DFO), stated in an email sent on July 10th 2014. Cottrell was referring to a young false killer whale, now known as Chester, who stranded that day, alone, injured and emaciated on North Chesterman Beach in Tofino, Canada.

This revelation calls into question whether the unidentified scientific panel, convened by DFO to decide whether Chester would remain permanently in captivity, knew that the decision was in fact out of their hands. It took ten months before the panel publicly stated that Chester was not a candidate for release back into the wild, even though the DFO and Vancouver Aquarium had already decided on the day Chester stranded that he would never be released.

Vancouver Aquarium claims it had nothing to do with this decision to transport Chester to its facility for rehabilitation, a course of action that Cottrell described as Chester being “rehabilitated to become a captive animal.” However, in another email sent by Cottrell on the day of Chester’s stranding, it is apparent that Vancouver Aquarium’s input was sought in the form of its Staff Veterinarian, Dr. Martin Haulena, who was called upon to provide an “in field assessment.” In the email, Cottrell tells Haulena that it needs to be determined if Chester “is a rehabilitation candidate who can… eventually live in captivity.” He indicates that Haulena and a second veterinarian should make the joint decision whether or not to take Chester into captivity – knowing already that the young whale would never be released. Cottrell did not seem to recognize who the second veterinarian was or even if this person was experienced as a marine mammal veterinarian. However, Haulena’s working relationship with the DFO appears to date back several years.

Stephen Marsh, Operations Manager for British Divers Marine Life Rescue, is not surprised by this disclosure. Marsh explains, “It was obvious pretty early on that Chester was probably maternally dependent, having no teeth and showing visible lingual papillae on his tongue – these allow young whales and dolphins to attach to their mothers’ teat to suckle. Unless his family pod could be found, he wouldn’t have survived in the wild and Vancouver Aquarium and the DFO would have known this from the outset.”

At an estimated four to six weeks of age, Chester weighed 168 pounds and was under two meters in length, (which is a normal length for a false killer whale at that estimated age). Cottrell told reporters at the time that Chester was “brand new.” Permits were granted to Vancouver Aquarium by DFO so that Chester could be transferred to the Vancouver Aquarium Marine Mammal Rescue Centre for treatment. Chester remained at the Rescue Centre until December, when he was moved to a larger pool in Vancouver Aquarium’s research area, all the while hidden from public view.

The Question of Release

On June 25th 2015, Chester was moved again, this time to Vancouver Aquarium’s “Wild Coast” habitat, which is a tank exhibit open to public viewing.  Shortly after his relocation, Helen was introduced to Chester. Helen is a Pacific white-sided dolphin who Vancouver Aquarium purchased, along with a second individual known as Hana, from Enoshima Aquarium in Japan. Hana died earlier this year, at the age of 21, after Vancouver Aquarium performed surgery on her in an attempt to try and correct a problem with her small intestine.

After a week of staff monitoring interactions between Chester and Helen, the Aquarium announced that the two animals had successfully integrated. Vancouver Aquarium now advertises Chester and his smaller dolphin companion as part of the facility’s exhibit that the public can pay to go and see.

Dr. Ingrid Visser, Founder of and Principal Scientist for the Orca Research Trust, has recently expressed concerns for Chester’s welfare. When shown Cottrell’s emails, she said, “DFO Canada and the Vancouver Aquarium have lied to the public about their intentions for Chester. Furthermore, it took them ten months to divulge the truth – that Chester would not be released.”

Visser added, “If their actions were carried out with Chester’s welfare interests in mind, what did they have to hide? This lack of transparency deeply worries me and makes me question what else they are hiding.  Aquariums around the world are being exposed time and time again with their duplicitous behavior and they shouldn’t be allowed to get away with it.” No comment was received from DFO or Vancouver Aquarium regarding who was on the scientific panel or any other aspect of Chester’s relocation into captivity, despite repeated requests.

Gary Charbonneau, Director of a documentary that exposes other deceitful practices of Vancouver Aquarium, stated that “although this film is one hour long, it could have been three and still not covered all the issues.”

“The Vancouver Aquarium is not the only aquarium to use rescued cetaceans [whales, dolphins and porpoises] as salvaged items,” Visser explained, referring to several other cetacean species, including pilot whales that now live in permanent captivity at SeaWorld Orlando. The rehabilitation attempts for these young whales, after they were rescued from a stranding, have been called into question, as have the rescue procedures in place for cetaceans in need of rescue in the USA. Perhaps it is time to re-evaluate Canada’s cetacean rescue procedures too.