Success! 2 Rehabilitated Elephant Calves Return to the Wild in India 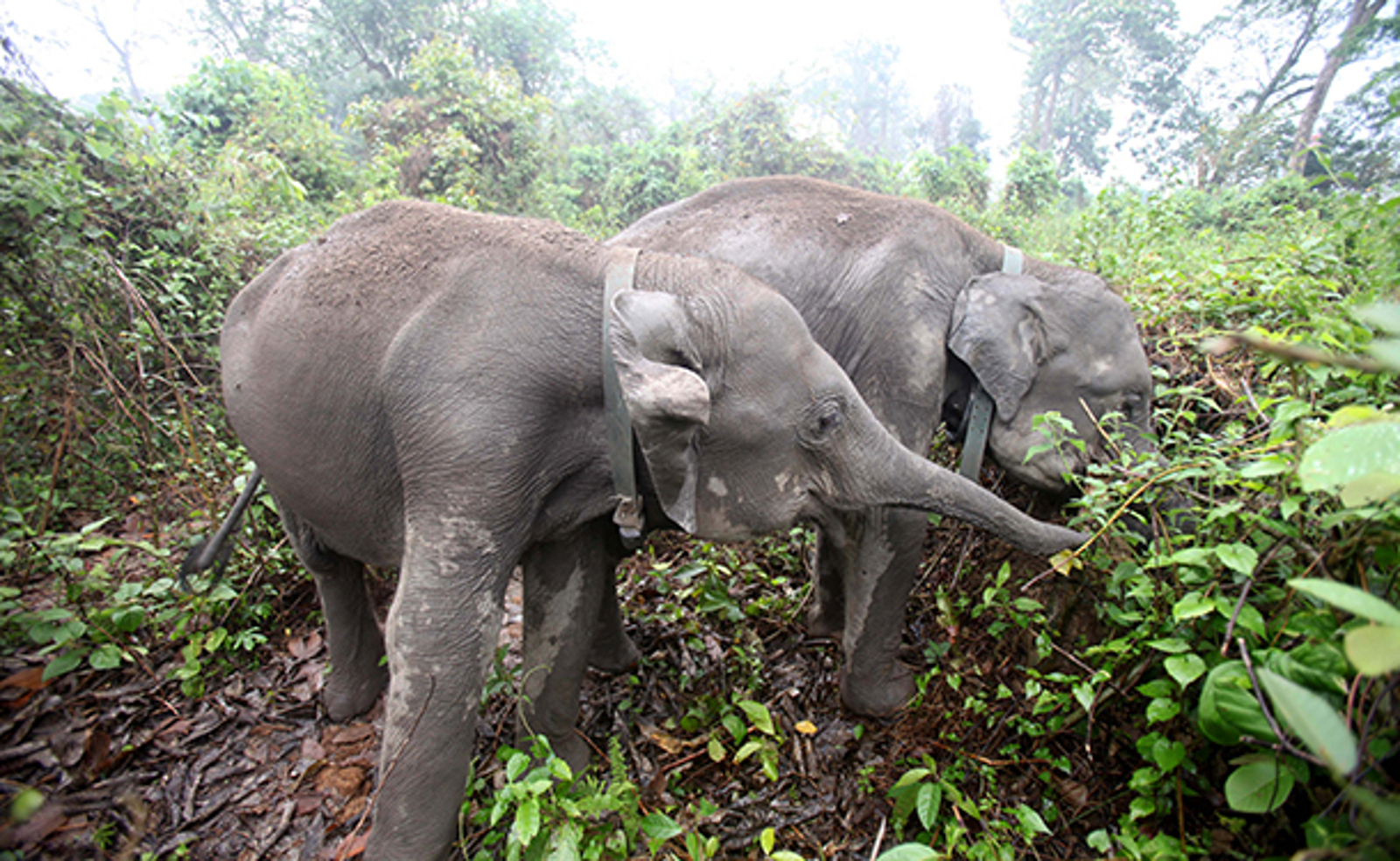 Two months in an elephant’s lifespan is a relatively short amount of time.

But when two rehabilitated juvenile females, Tora and Rani, were monitored traveling with wild elephants for a period of more than 60 days, we celebrated it as an extremely important milestone: We are witnessing what could likely become the first-ever successful reintegration of rehabilitated calves into the wild herds in Assam.

We are eternal optimists. It is our optimism and never-say-die attitude that bore fruit after eight years of hard work trying to re-wild rescued elephants through a protocol of rescue, rehabilitation, release and reintegration.

A Happy Ending Eight Years in the Making

The story goes back to February 2007 with the IFAW-WTI Elephant Rehabilitation Project in collaboration with the Assam Forest Department. 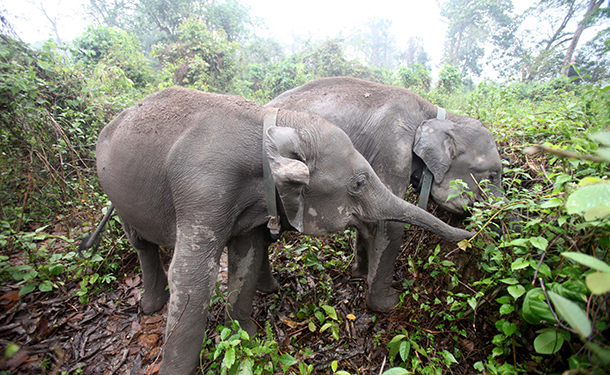 In eight years that followed, this project has translocated 19 rescued elephant calves for rehabilitation to Manas Tiger Reserve in Assam. Nine elephant calves are currently monitored through radio-telemetry for periods varying from nine months to 38 months in the release habitat.

But for me it is the process of release and post-release monitoring that is the most challenging, decisive phase — wherein one gets the fruit of the hard work put during the process of nursing a month old calf till he/she is about three or four years of age. The astonishing sight of hand-reared calves being accepted by a wild elephant herd can only be felt by one who has monitored them in the wild on foot.

Assimilation and integration of hand-raised young calves, deprived of normal social life during infancy, is critical for these animals to learn the long-term survival and successful reproductive skills from the society of wild elephants.

In the past eight years, the IFAW-WTI Elephant Rehabilitation Project team documented such association on four occasions, but these lasted only for a couple of days. On two prior occasions, such association was found to be temporary in nature and the calves were found alone during later sightings.

Both Rani and Tora were about two months old when they were rescued, albeit two years apart. They were translocated and released together, when Rani was two years and eight months old and Tora was four and a half years old. When the eldest elephant Jakhala, who was released with these tow, refused to associate with them, these two calves managed to find acceptance in the wild herd that they are now part of.

Since April 3, the calves were ranging with an adult Makhna (tuskless male) along the south-east areas of Bansbari range of Manas NP. This association lasted only four days and the calves had started moving towards south-east of the park towards Bhuyapara Range.

From the second week of April 2015, signs and tracks of Tora and Rani, were found along with a family of wild elephants but sightings were not possible. Finally, on April 17, 2015, our keepers Mr Maheshwar Basumatary and Madhab Doimari managed to record a video of the calves moving along with a herd of 10 wild elephants at Kalapani.

The family of wild elephants in which the rehabilitated calves have integrated has 10-15 individuals with at least four very young calves at heels. This has probably helped the tracking in a sense that the family has not moved too far and too quickly. Following them in the thick mixed moist deciduous and semi-evergreen forest and terai grasslands has made it easier for trackers on foot.

Tracking will continue through the monsoon and the daily rains. We celebrate this as yet another step in Bringing Back Manas.

To learn more about the work that International Fund for Animal Welfare is doing to protect wild elephants, check out their website.