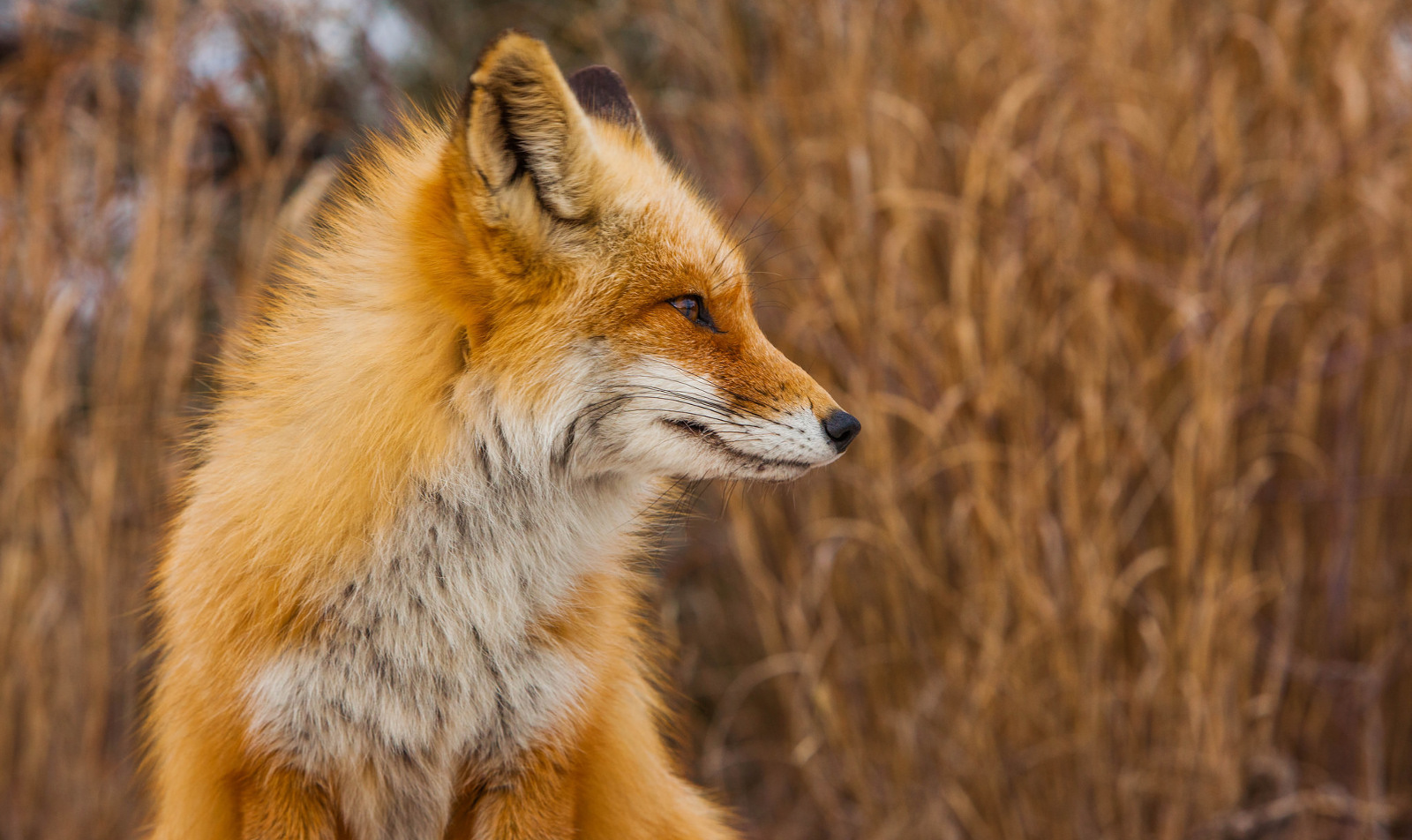 We’ve all been guilty of it at some point. Seeing those adorable photos of squirrels being snuggled close to a person’s chest and feeling a pang of jealousy; baby possums clinging from their handlers swaddled in blankets and praying it could be us; cooing over foxes behaving like fluffy puppies and wishing we could be so lucky. Somehow, our companion animals seem to dim in comparison to the elusive, magical and breath-taking fascination we seem to reserve just for our wildlife.

But is this really what we should want? Do we really have the right to put our pangs of longing and admirations before the wellbeing, happiness, and rights of another creature? What are some of the risks that caring for a wild animal could pose to our families and homes, and most importantly, how do these animals suffer for our happiness?

Many wild animals come to live with people after they have been found either injured or abandoned. In a combination of wanting to help the animal and perhaps thinking caring for a rescued wild animal is a cool thing to do, people take in wildlife – but rarely stop to think what are the potential consequences of doing so. Although you may have the best intentions in mind when stopping to rescue and take in an animal, here are a few reasons why this is probably not a good option for the animal.

1. They May Not Need Rescuing 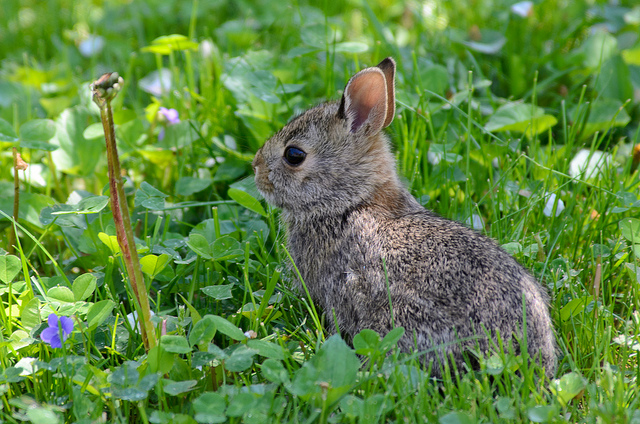 Many wild animal mothers leave their young alone for hours at a time, and are nearby, watching carefully, or foraging. They typically leave their babies during the day so as not to attract the attention of predators, and return once or twice to nurse them and check on their wellbeing. Unfortunately, one of the most common “rescues” is that of young baby rabbits – if a person stumbles across their nest, they usually assume they are abandoned, as they are often not very deep underground which may seem unusual to a passer-by, owing to the mother moving them every so often to keep them safe and hidden.

So, in believing they are saving lives, many people pick the babies up and handle them, or otherwise disturb the nest, resulting in the mother returning and possibly abandoning them as a result. Or, as is often the case, the babies are taken away to a wildlife rescue or vets, resulting in the mother returning, stricken with panic, unable to find her babies; sadly, the outcome is often unfortunate all-around, as wild rabbits are notoriously difficult to care for when young, and have a high mortality rate unless raised by experienced rehabilitators. Someone “acting the hero” and taking the babies home to care for them will almost certainly, albeit unintentionally, cause their deaths, through either taking the animals out of their habitat when needed, or not surrendering them to professionals if they really were in need of aid.

2. Wild Animals Have Their Every Instinct Denied to Them As Pets

When the topic of wildlife being kept as pets comes up, many people who are for the keeping of wild animals argue that they are happy being kept indoors or in an outside enclosure, where they are safe from predators and the elements. But what they fail to address is that life for a wild animal in captivity – particularly for adults or juveniles who have lived their whole lives in the wild and away from humans – is so stressful for some species that many wildlife rescuers even opt to euthanize animals who can never be released into the wild, because it is kinder than expecting them to adapt to life in a cage.

Just think about that for a second. Imagine being a bird that has spent months or years flying for as far as they please, roaming for miles – suddenly stuck in a cage for the rest of their life. It’s easy to understand, now then, why they so often fall sick even after their physical wounds are cleaned and tended to, but their mental state completely ruined by the confines of the cage which will now keep them, if they are unable to be released due to a disability. Not only does the lack of space cause stress and misery, but the forced contact with humans – which the vast majority of wildlife deem as predators and a source of fear – can spark aggression, anxiety, and in the worst cases, defeat, where an animal simply stops fighting and freezes up, overwhelmed by stress, but often mistaken for being friendly and “accepting” their new life as a pet.

Just bear that in mind, that this is the professional opinion of many rescuers, who have the animal’s interests right at the forefront of every action they take – their mental wellbeing as well as their physical recovery. And now, compare this to the scores of wildlife who once roamed huge territories, being confined to a living room, and this being deemed an acceptable alternative to a more natural life. This is not done for the benefit of the animal – this is done solely for the benefit of the handler, who would have taken measures of precaution to allow the animal to be released back where they belong if they truly aimed to return them to their natural homes.

3.  Wild Animals Are Often Destructive, Illegal to Keep, or Dangerous 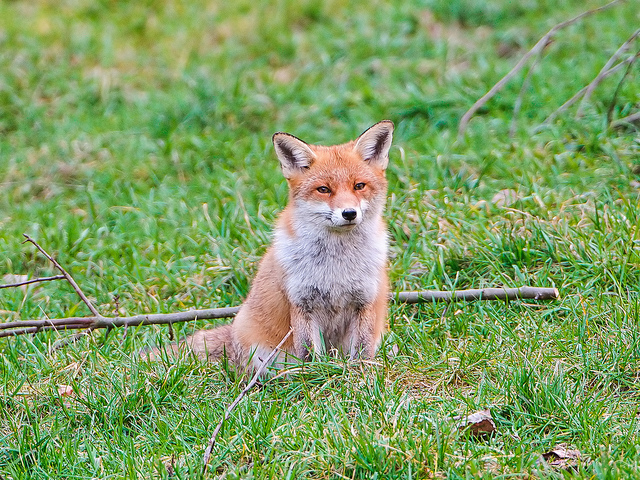 One thing that people seeking to care for a wild animal often fail to acknowledge is that you cannot domesticate them – you can simply tame them … maybe. This may sound like essentially the same thing, but there is a huge difference between, for example, your domestic Labrador retriever, and a tamed hand-raised wild fox. Wild animals have not had their instinct bred out of them. They may be beautiful to watch and fascinating to be with, but they will still have the same strong urges to dig, scent mark, scratch, bite, vocalise, resource guard, and as they would in the wild.

Foxes, for example, will rip up your carpets, chew up sofas and bury food under the cushions to rot, spray urine over walls and leave faeces in the corner, and, if threatened, as a wild animal tends to be if faced with a new situation or a new unfamiliar person, may bite. This, of course, is a risk any animal has, especially if they are not neutered, and whether they are domesticated or not, but for many wild animals this spells instant death. There have even been cases where captive-bred foxes have been euthanized following bites both real and false; a wild animal with no known history of disease stands no chance against safety laws.

4. The Exotic Pet Trade Can Be Influenced by “Rescues”

Many of us have heard of the exotic pet trade, but don’t necessarily know what it entails. Unfortunately, the majority of exotic, “wild” pets that we see in Youtube videos likely came from their natural habitat. Now, while it is true that some wild animals become tame through sheer accident, a shocking number of cases exist because “rescuers” just can’t keep their hands off, or are too stubborn to surrender an orphaned animal to a rescue center because they want to take credit for saving a life or having an unusual housemate for a few months (cue dozens of Instagram photos).

But while many animal lovers may agree that keeping an animal for selfish reasons (rather than to actually help them) is not the right thing to do, the problem extends much further than that.  Every photo taken of the cute fluffy raccoon enjoying his bath, or magpie dancing on his carer’s shoulder, influences hundreds, possibly thousands, of people who are enjoying those images and videos. While some viewers may simply appreciate the animal and think nothing more of it, a growing number are influenced enough to purchase these animals from exotic breeders or even attempt to raise a wild baby. This in turn is a hugely problematic situation – as many states and countries do not allow the keeping of wild animals as pets and therefore a “tame” animal may be euthanized, or kept in a zoo for the rest of their life (or a sanctuary if they are lucky, but this is still a far cry from the wild where they belong, and this puts further strain on already-full underfunded shelters).

As cutesy videos and internet stories go viral, more animals are “taken in” rather than being released when recovered or old enough, and thus the number of people we see posting their new “pets”that they so kindly “rescued” increases as more people choose to do this. Some of these people will even claim to be rescuers. Remember; a reputable wildlife rehabilitator will NEVER intentionally keep a healthy, releasable animal, and will go to every possible length to prevent the animal from imprinting on humans.

So please, keep these things in mind when considering keeping a wild animal as a pet:

Educate yourself! Some great resources regarding wild animals include:

While you might have the best intentions in attempting to care for a wild animal, remember that their needs should always come first. It is up to us to keep the wild, well, wild.
Lead image source: Anthony Quintano/Flickr